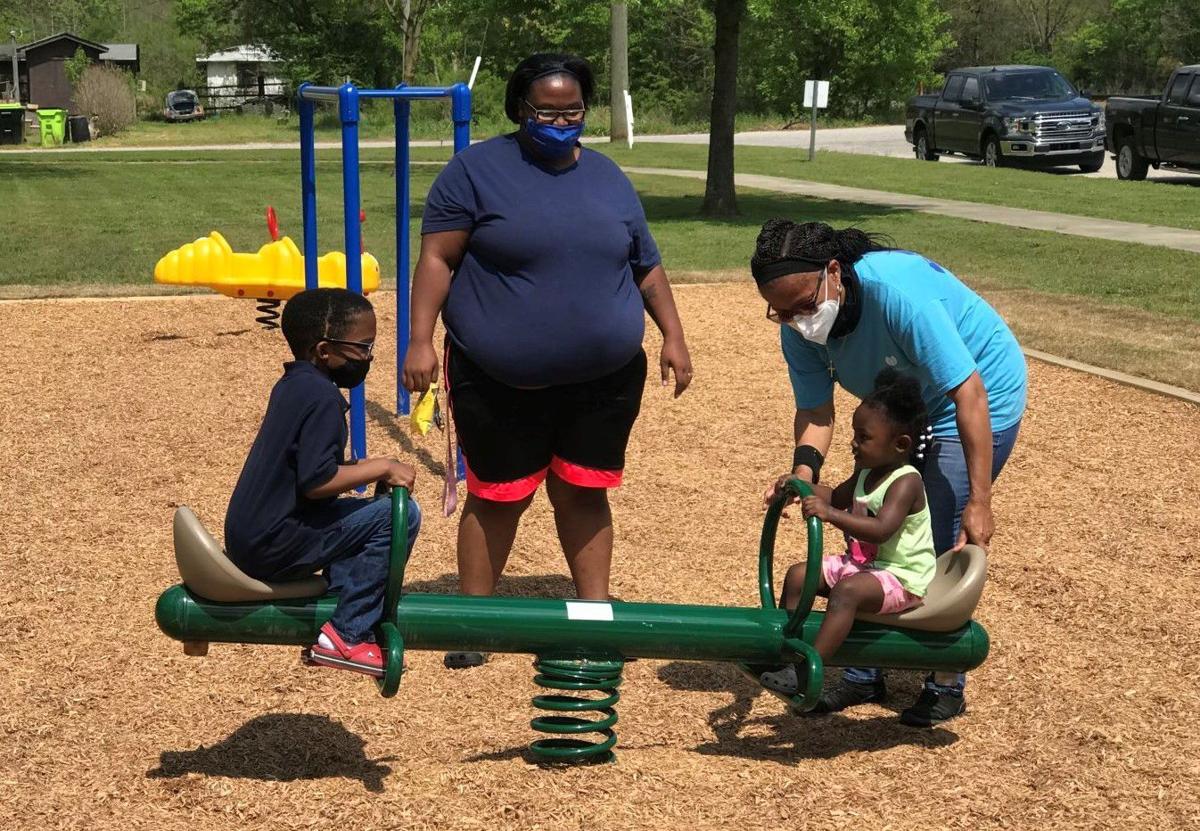 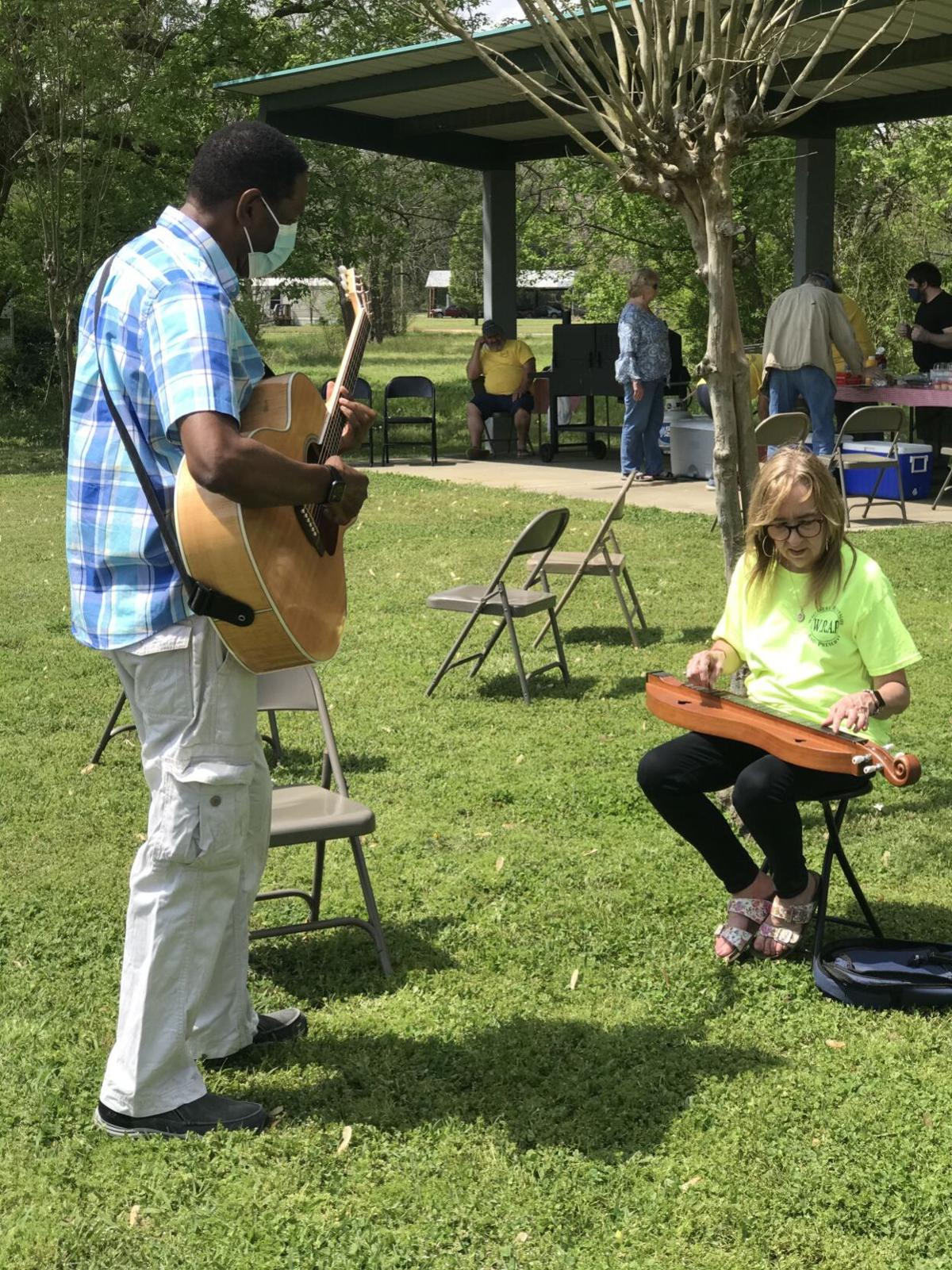 Alex William, left, and Lori Mizelle perform as part of the ‘Music and Picnic in the Park,’ sponsored by Whitakers Revitalize and Preserve in the Music Blooms in Whitakers/Freenotes Harmony Park.

Alex William, left, and Lori Mizelle perform as part of the ‘Music and Picnic in the Park,’ sponsored by Whitakers Revitalize and Preserve in the Music Blooms in Whitakers/Freenotes Harmony Park.

Whitakers Revitalize and Preserve continues to work to improve and expand the quality of life in Whitakers after being awarded a $5,000 Liveable Communities sponsorship by AARP.

The sponsorship, which was awarded in December, was used to place park benches and playground equipment for small children in Music Blooms in Whitakers/Freenotes Harmony Park.

Following the additions, WRAP held a community celebration, “Music and Picnic in the Park,” featuring area musicians and food, including hot dogs, hamburgers, drinks and chips.

Alex William and Lori Mizelle performed on the guitar and dulcimer, while children and adults played the park instruments and children played on the new playground equipment.

Music Blooms in Whitakers/Freenotes Harmony Park is located in the Town Park on Railroad Street in downtown and was dedicated on Oct. 3.

The park makes Whitakers unique, as it is the only community in northeastern North Carolina and only the second east of I-95 after New Bern where the public can access the large, outdoor musical instruments.

Freenotes Harmony Park instruments were originally developed by Grammy Award-winning musician Richard Cooke in 1995. The idea came as a solution to the impediments of learning to play a traditional instrument and needing to read music.

WRAP President Nancy Taylor said she wanted to thank everyone who supported the project, especially AARP for the sponsorship.

Taylor also thanked out Vandermark Sod Farms of Whitakers for providing sod to border the playground area, as well the WRAP members and helpers who participated in the various stages of the project.

She also expressed appreciation to the Town of Whitakers Maintenance department for helping remove debris from the playground area and keeping the park clean and the grass mowed.

WRAP was founded in 2018 to bring life back to the community and improve its appearance.