Log In Sign Up
You have permission to edit this article.
Edit
News
Opinion
Sports
Features
Obits
Multimedia
Local Events
Jobs
Classifieds
e-Edition
Our Sites
Extras
Share This
1 of 2 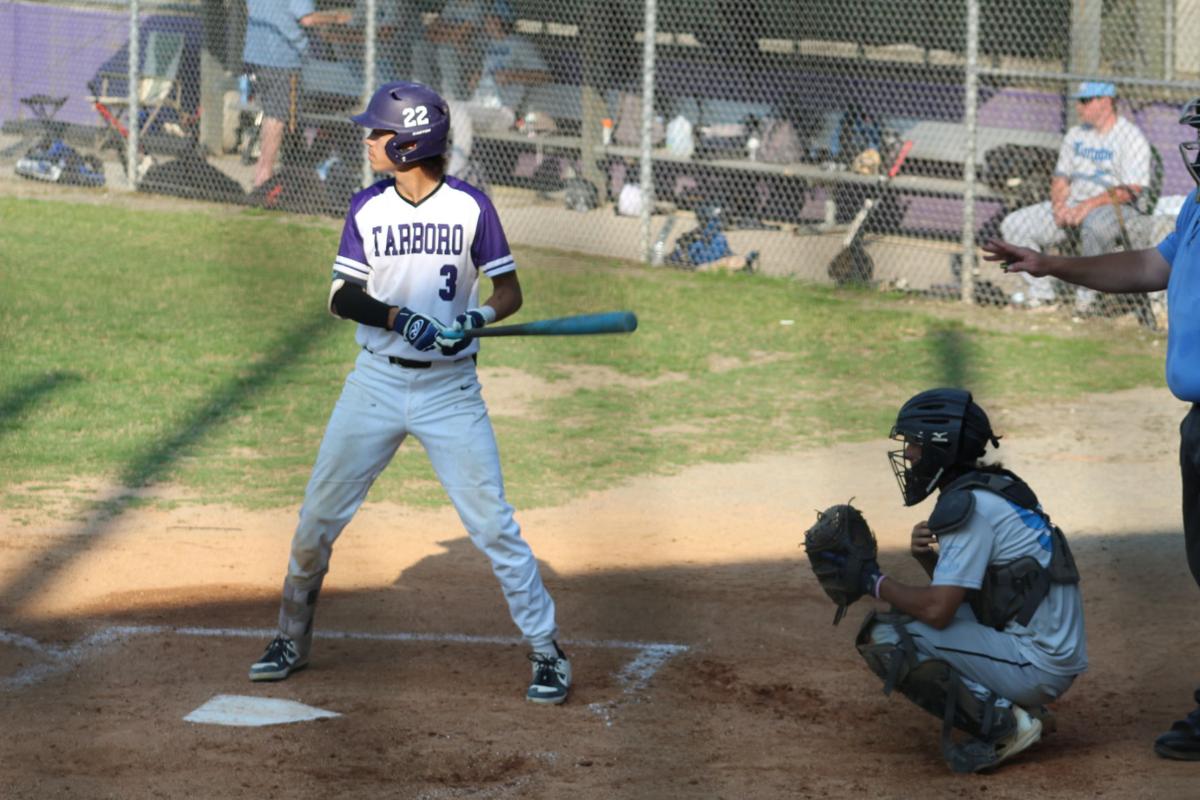 Cam Hassert waits on the Greenbrier pitcher to deliver the ball on Monday at Municpal Stadium in Tarboro. 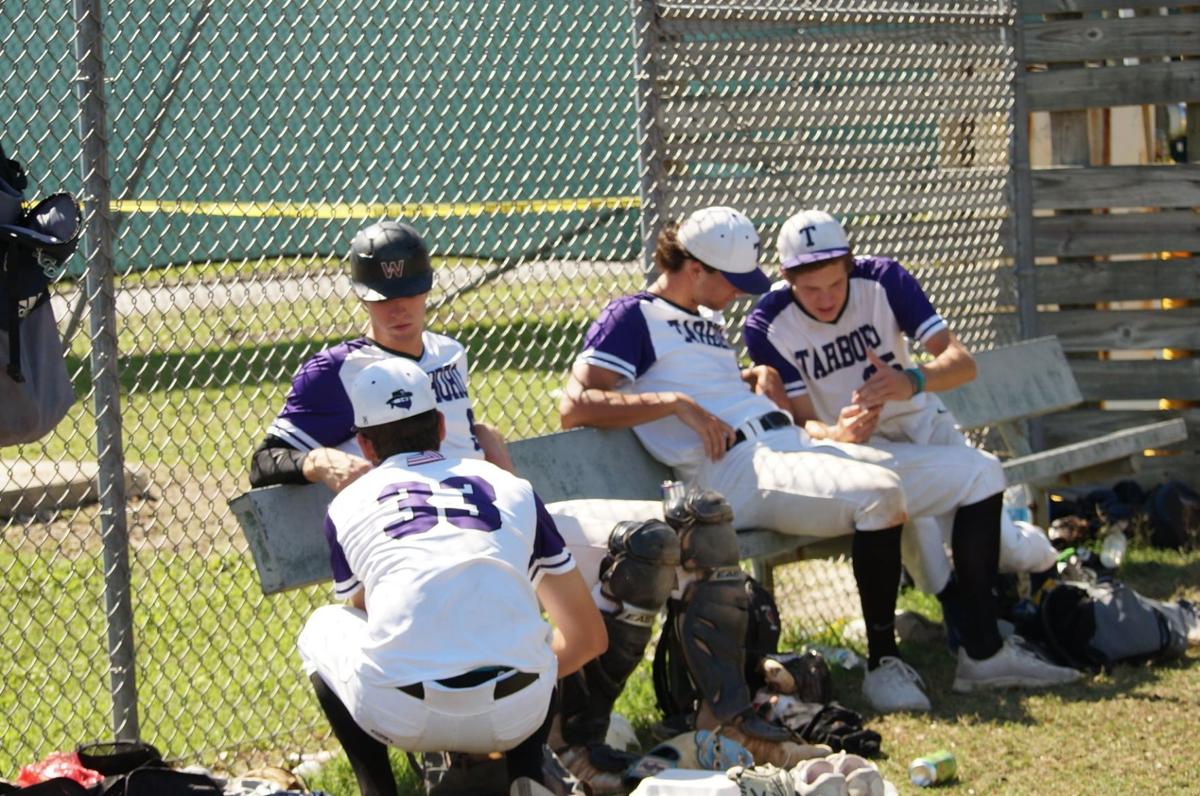 River Bandits players catch some leisure time in the bullpen during a recent game at Municipal Stadium in Tarboro.

Cam Hassert waits on the Greenbrier pitcher to deliver the ball on Monday at Municpal Stadium in Tarboro.

River Bandits players catch some leisure time in the bullpen during a recent game at Municipal Stadium in Tarboro.

Tarboro’s River Bandits found themselves in an early hole, only to mount a comeback for a 4-3 win.

The Greenbrier Knights used a walk, three singles and a home run to jump to a 3-0 first-inning lead on Monday night at Municipal Stadium. And while the Bandits (12-4, 17-7) were able to get runners on base, it wasn’t until the third inning before they could get a runner across the plate.

In the third, leadoff hitter Anthony Sherwin (Bucknell) hit a high, fly ball to left that outfield Warren Bailey tracked, but misread. The ball bounced off his glove and by the time he found it, Sherwin was motoring into second.

After a ground out to short advanced Sherwin to third, Michael Dolberry (Longwood) hit a looping single to left that scored Sherwin to cut the margin to 3-1. Dolberrry then stole both second and third but was stranded when Greenbrier’s Andrew Ramos (Randolph Macon) forced a flyout and got a strikeout.

With Alec Greenblatt (Maryland-Eastern Shore) on the mound in relief of starter Ben Roberts (USC-Upstate), a scoreless string that Roberts started in the second ran into the eighth, when Jonathan Peacock (Mount Olive) came in to finish the game and record the last six outs.

Meanwhile, Tarboro picked up a pair of runs in the sixth when Pete Cosentino (Montclair State) opened with a grounder to deep short. Cosentino was first called out at first but was ruled safe after an appeal and discussion among the umpires.

After a strikeout, Nick Hussey (NJ Tech) bunted to the left of home plate and was safe at first when reliever Aidan Foley (Randolph Macon) failed to throw the ball.

A wild pitch by Foley allowed both Cosentino and Hussey to advance.

That wild pitch was the first of eight straight balls Foley would throw, walking both Cam Hassert (Villanova) and Jackson Cherry (Mercer).

By the time Foley could get the third out, Tarboro had tied the game at 3-3.

In the meantime, Greenwell was coasting along.

He retired the side in order in the fourth, then walked the first batter before striking out the side in the fifth. In the sixth, he allowed a single to left but catcher Levis Aguila (Felician) threw the runner out when he tried to steal second in what turned out to be a one-two-three inning.

In the seventh, Greenwell looked to struggle a little, but a quick visit to the mound by Head Coach Vincent Fondacaro righted the ship as a strikeout ended the frame and left a Knight stranded at third.

Tarboro won the game in the seventh when Dolberry doubled to left, took second on a passed ball and stole third to get into scoring position. He scored on a fly ball to center by Cosentino to end the scoring before Peacock came on to retire the final six batters.

“We started a little slow,” Fondacaro admitted. “I like the fact that when we get to the sixth inning or so, the realization hits that we need to make something happen.”

Fondacaro said he reminds his team of the remaining number of outs they have to work with.

“And yesterday was the Fourth (of July) and I know they went to the beach, but they never lost the awareness of where they were in the game and what needed to happen.”

The Bandits managed four runs off eight hits, two walks and three Greenbrier errors while Greenbrier had three runs off six hits and one Tarboro error. Greenwell got the win, scattering two hits over four scoreless innings while striking out seven.

Tarboro was led at the plate by Hussey, who went three-for-four and scored a run, while Dolberry reached safely on an error and two hits and stole four bases on the night.

UPCOMING: The River Bandits are at West Division-leading Wake Forest tonight before playing Edenton three times over a four-day period. The Bandits host Edenton, in second in the East Division, on Thursday and Sunday with a road game sandwiched in on Saturday. Through the end of play Sunday, the Bandits held a three-and-one-half game lead on Edenton.