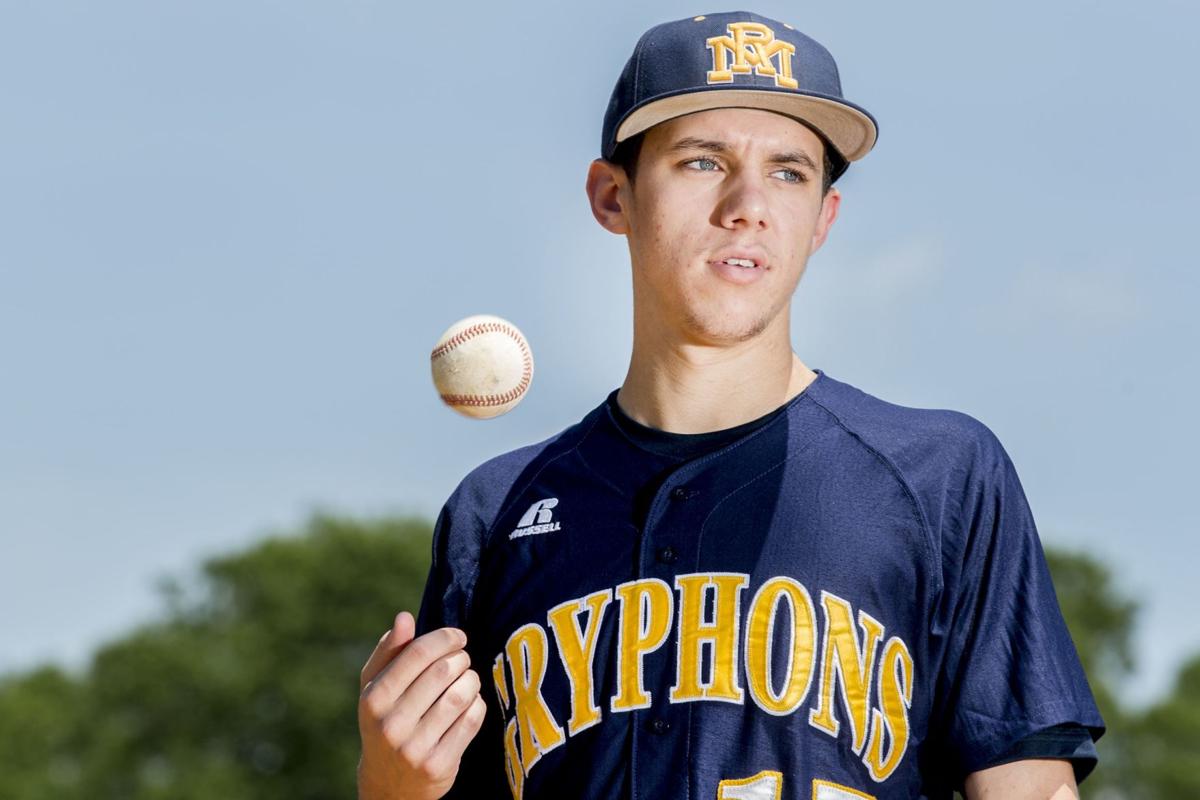 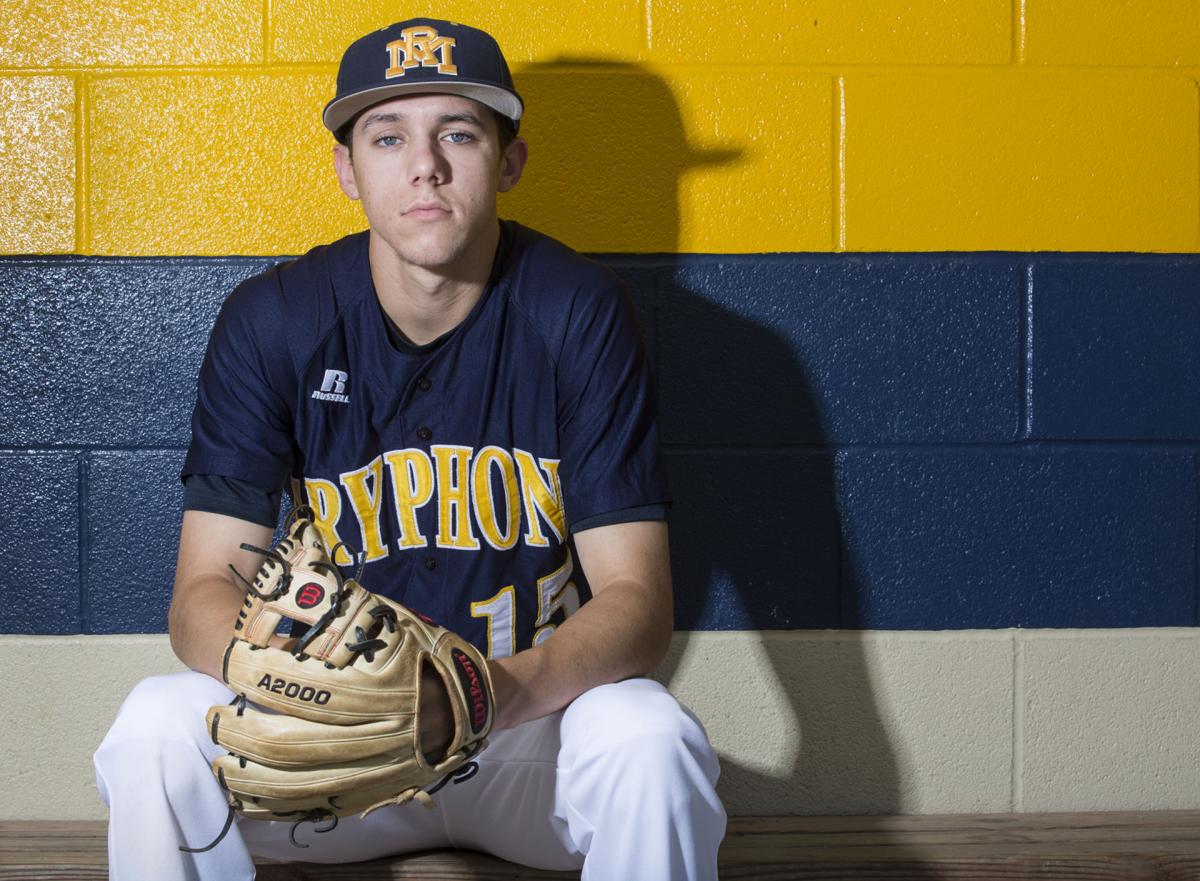 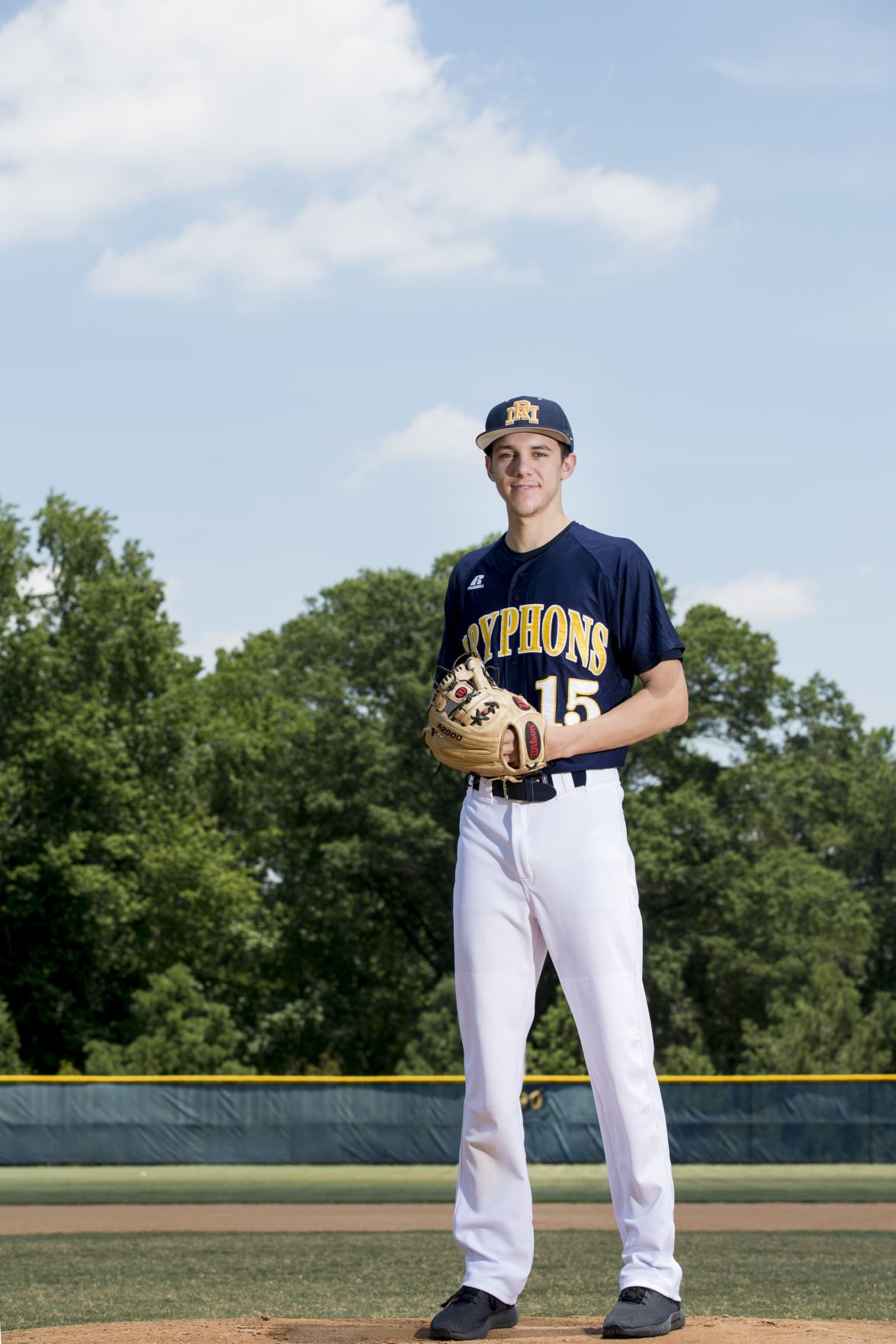 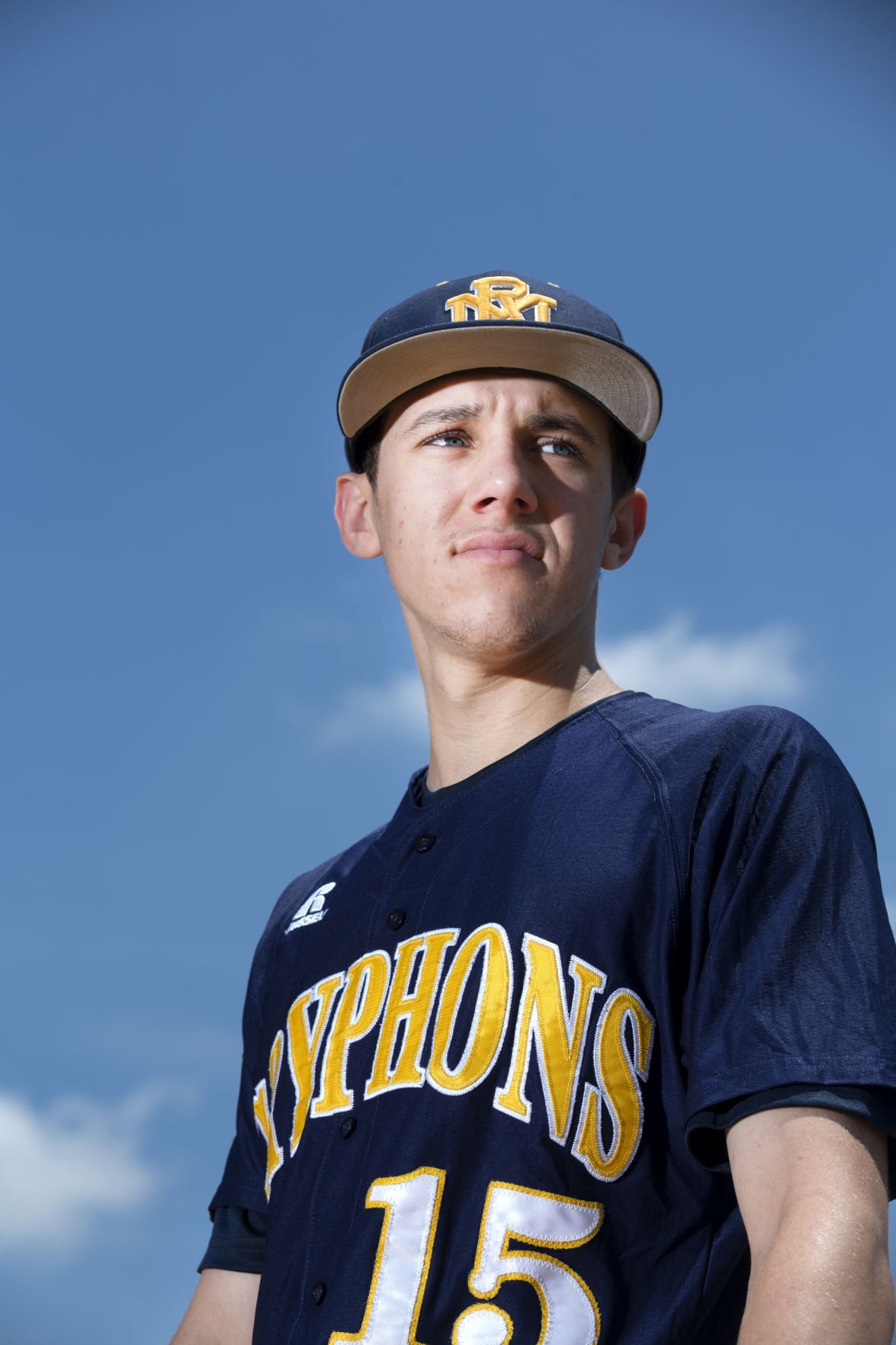 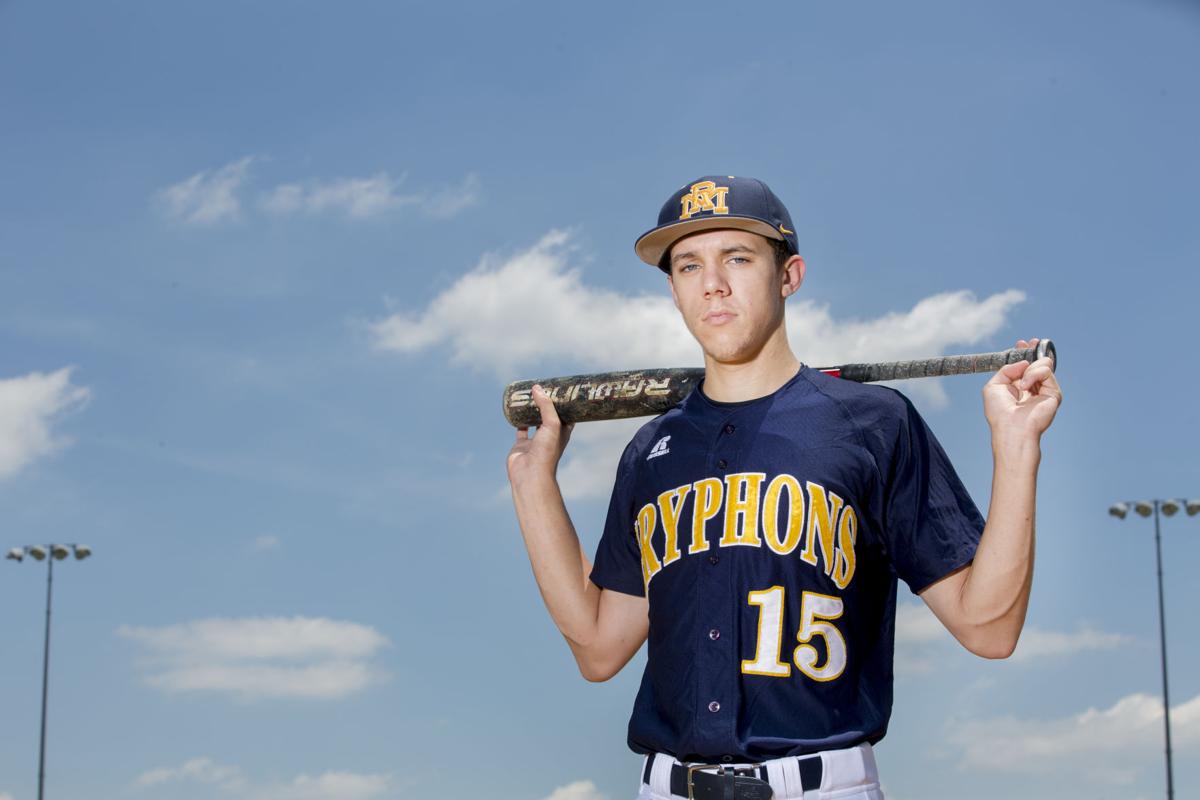 Evan Hart was drawn to baseball because he liked the idea of chasing down hits.

Centerfield was his position as a young player, and Hart relished the chance to track fly balls or race to the gaps to limit extra-base hits.

Yet Hart, who just finished his sophomore year at Rocky Mount High, made his biggest impact in the center of the diamond. He was the top pitcher on a talented Gryphons team that went 17-8. The young right-hander’s transition from outfield to pitcher wasn’t his idea, but he soon appreciated the position.

Now, he doesn’t plan on going back.

“I don’t think I liked it right away because back then I liked going after the ball,” Hart said of pitching. “And when you pitch and they hit the ball somewhere, you just watch. But as soon as I started throwing harder and watching a couple of the older guys ahead of me, I fell in love with it.”

Hart, the Telegram’s 2019 pitcher of the year, was among the more dominant pitchers in the Big East Conference, and the top arm in the area. The rising junior recently completed his second season pitching at the varsity level for the Gryphons, and Hart’s improvement was impressive.

He said he felt no more comfortable during his sophomore season than his freshman season. Instead, the only difference, Hart said, was he knew what to expect. He wanted to be stronger and bettter conditioned, which helped him pitch deep into games.

“I was probably just as comfortable as I was my freshman year but this year I felt more prepared,” Hart said. “I was in the gym more, and got my legs a lot stronger. I got stronger mentally as well as physically.

“I had to get my attitude right because sometimes when things don’t go my way I would lose focus of the main objective in the game. If something didn’t go my way, or if I thought an umpire missed some calls that led to a walk, that would get me kind of upset and I let that get in my head. but I didn’t let it happen this year.”

The right-hander was in command of his emotions, which led to routine dominant performances on the mound.

Hart went 7-1 with a 0.62 earned run average. Doubling Hart’s ERA would still make him the Gryphons’ team leader in that category.

“One of the biggest things was working ahead of batters, getting ahead in counts and keeping that pitch count low,” Gryphons coach Carter Varnell said. “That was a big improvement and it kept him out there for us.”

In a recent interview, Hart talks about stealing signs, the challenges of pitching on varsity, a scary baseball-related injury, and his favorite MLB players as part of the Telegram’s All-Area series.

Do you ever get paranoid that a runner on second is stealing signs?

Our catcher, Kyle (Rich) catches me in the summer, too, and we’re trying to work on signs because a lot of people, when they’re on second, can steal signs. We’re trying to make up stuff like random numbers or whatever that only we know.

Do you notice when it’s going on?

Yeah, you know. People at second would usually do a hand signal to the batter. And most of the time you can tell because the hitter isn't focused on me but the guy on second.

What about batting? How much time do you spend on what part of the game compared to pitching?

I’m trying to get my swing back. It really changed ever since I got hit in the eye and had a fracture. It was pretty scary for a while. So now my foot opens (toward third base) and I never get around on the ball. It’s either I don’t trust myself or the pitcher. I happened when I was 13. It was a big guy on the mound and he probably threw around 78 (mph). And in the next tournament that I played when I was healed, I played against the same dude and I hit one off the wall. That kind of got me back into it.

(Hart had two hits as a freshman, but had the fifth-highest batting average on the Gryphons at .267 this past season with 16 hits.)

What were some adjustments you had to make going from facing middle school opponents straight to varsity?

I had to focus on a lot of things. It was clear right away I wasn’t in middle school and couldn’t just blow it by people. I mean some teams I could, but that wasn’t something I could rely on. My pitching coach freshman year Jeremy Johnson, he taught me a lot actually about just not only command but keeping yourself together like composure. That’s what I needed to work on. Another thing was nobody cared as much as I did in middle school, and when you get to high school, it was nice to be surrounded by people who care and kids who want the same things that I do.

Do you watch baseball?

I do, but I don’t have a favorite team. Just players I follow. I started watching MLB when I was nine or 10. I like Mike Trout, (Clayton) Kershaw, (Blake) Snell, and (Max) Freid.