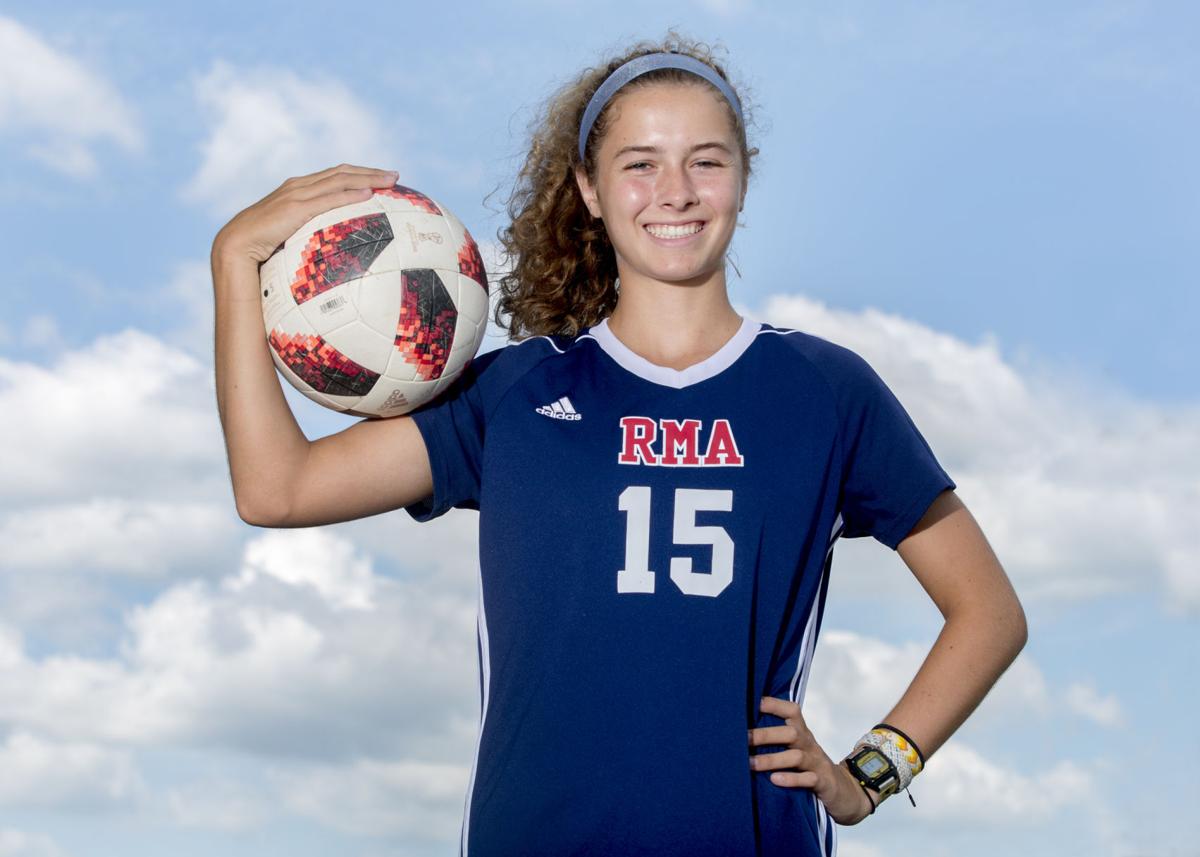 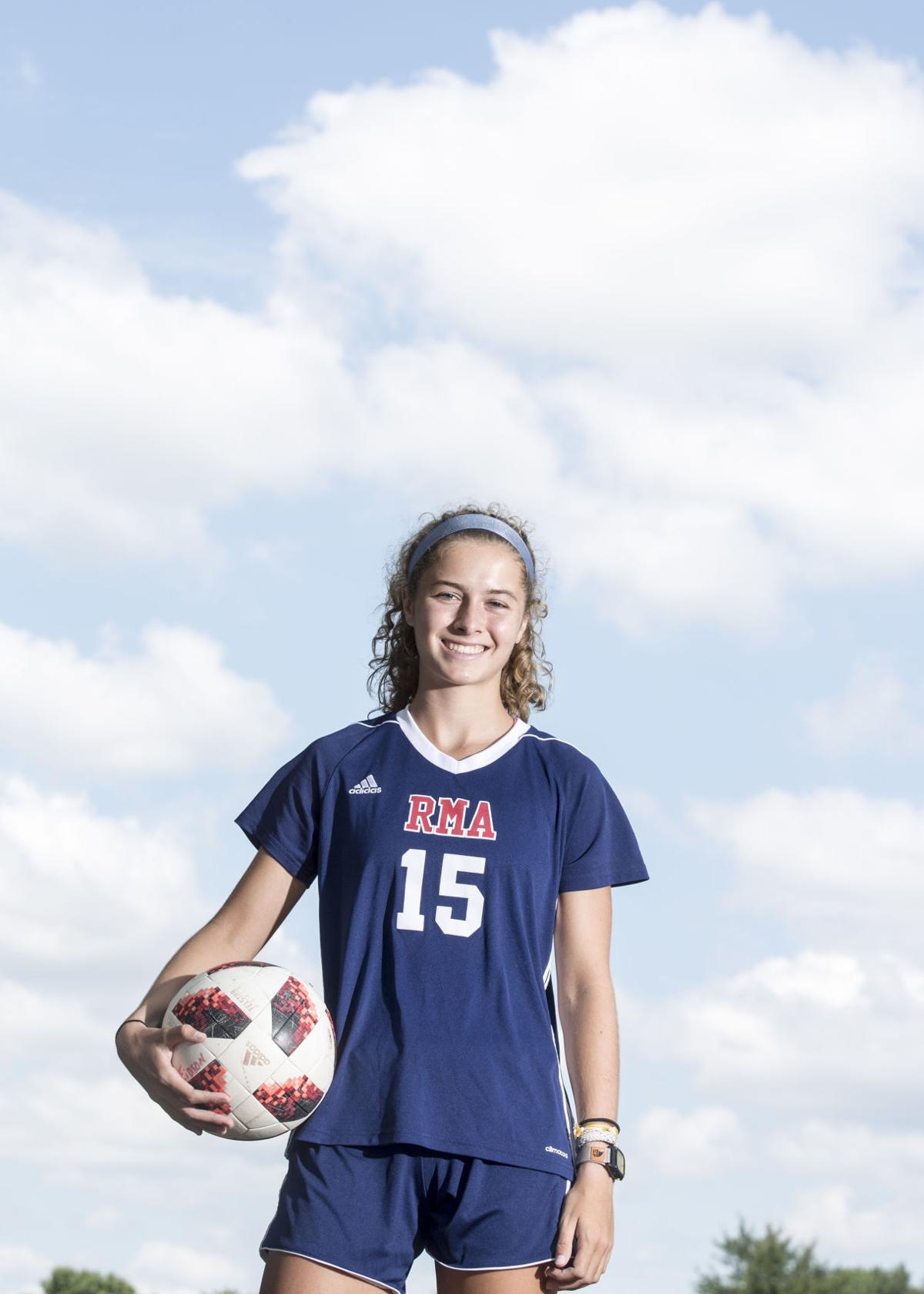 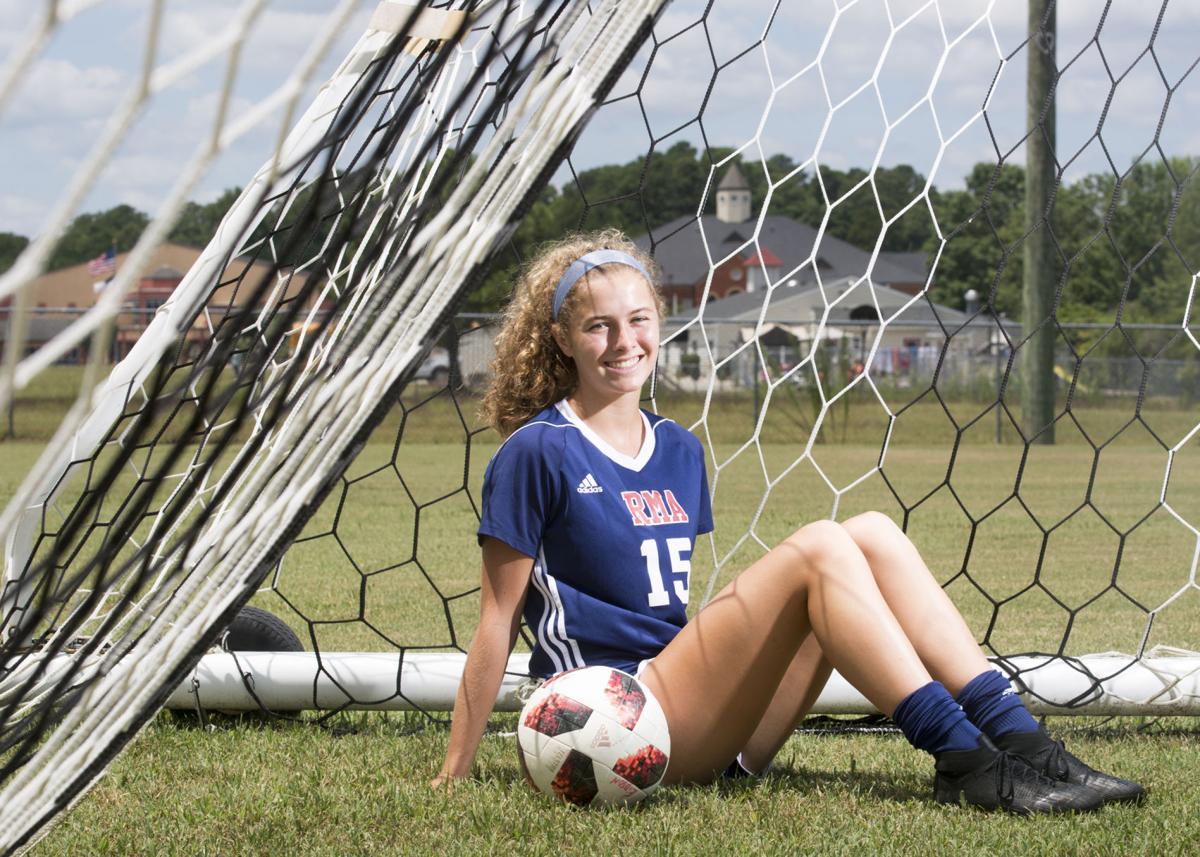 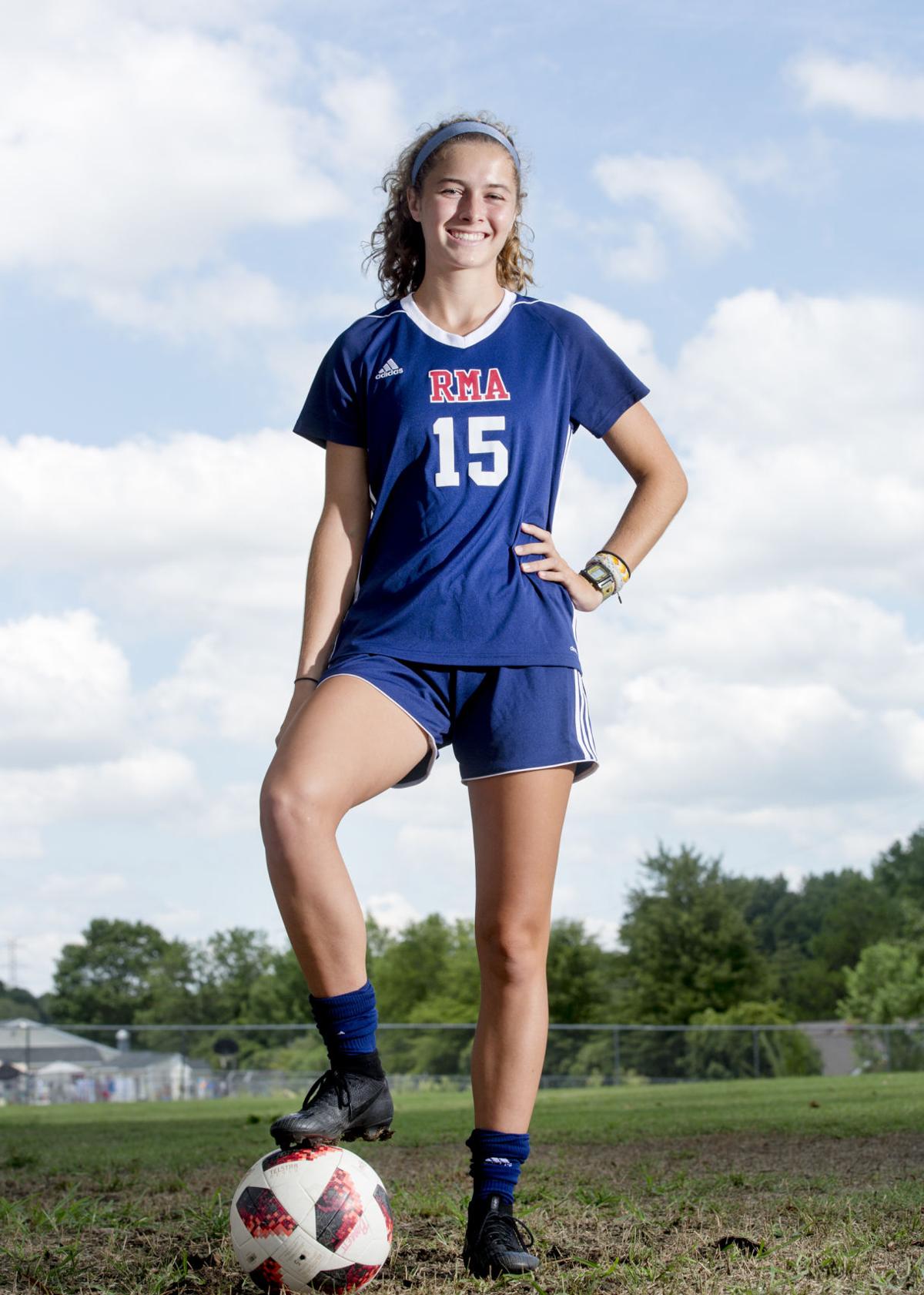 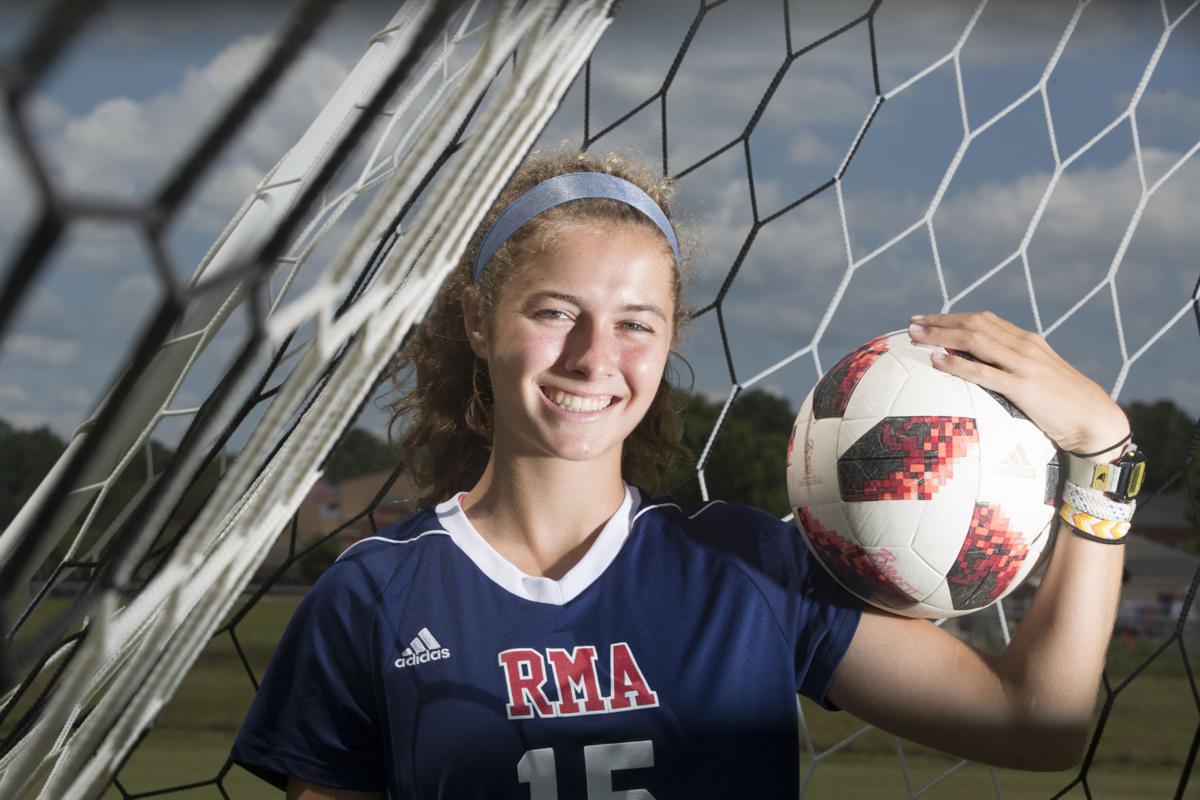 Barrett Eidson is the soccer version of one of those coin sorter machines.

If it seems that the Rocky Mount Academy girls' soccer standout makes the right plays at the right times, it's probably because that's exactly what is happening.

Eidson knows where her teammates are and where the ball should go.

The Division I UNC Asheville soccer recruit and Telegram girls’ soccer player of the year sees the field in front of her well. It's a skill that has followed her ever since she began playing the game at the age of six, and into her four-year career on the varsity squad for the Eagles.

Even RMA girls’ basketball coach Katherine Johnston saw this talent in Eidson on the hardwood.

Eidson has played center-midfield since her sophomore season, a position that demands crisp passing skills and solid defense. Eidson has both.

She was the dominant presence in the middle that made the Eagles a conference powerhouse and a tough matchup in the playoffs. She fed forwards Isabel Smith and Ada Everette (the pair combined for 43 goals) and helped the RMA defenders allow a slim 29 goals all season.

“As a midfielder you should score sometimes,” Eidson said. “But your main job is to feed the forwards and make the passes that lead to goals.”

She finished with 11 goals and 17 assists — despite missing four games to injury — and gave the Eagles a hard-nosed identity during their 14-match win streak which they took into the third round of the NCISAA playoffs.

In a recent interview, Eidson talks about stepping into a leadership role, her favorite moment of the season, why she wears jersey No. 15 and more as part of the Telegram’s All-Area series.

Was it difficult to miss those games due to injury while watching your team play well?

It was hard and definitely frustrating because I wanted to be out there so bad. But every time I would try to do something it would just start hurting and it made it worse.

Being a senior, was there anything different in your approach to this season?

I guess I stepped into the team leader role so I kind of had to set an example for everyone else if I wanted to lead the team. Basically, it meant keeping my work ethic up and being comfortable ordering people around the field which is what midfielders do.

What's your favorite moment from this season?

It was probably, and I don't mean this to sound self-centered, but when we were tied 1-1 in the second playoff game and I scored off that corner kick and put us ahead, it was so great. I don’t even know the words to describe it.

(Eidson crashed the net on a corner kick from Ada Everette, and headed the ball past the Friendship Christian goalkeeper for a 2-1 lead. RMA held the advantage and advanced to the third round.)

What was the key this season that got the team playing so well?

Well, the past three years we’ve had pretty good seasons. But this year we had such a good season and everyone was having fun. No one complained about where they were playing and everyone did what they were supposed to do.

Is there any significance to wearing No. 15?

When did you know you wanted to play soccer in college?

I started wanting to play in college in the 10th grade. I guess it’s a little late to figure that out but not too bad. So I started working toward it and talking to colleges then. I upped my work ethic and my hustle on the field, which really helped a lot.

Will you play midfield at UNC Asheville, too?

Yeah, I was recruited as a midfielder. Most midfielders are bulkier and strong, but the main aspect of my game isn’t physicality. I just use my foot skills and speed.