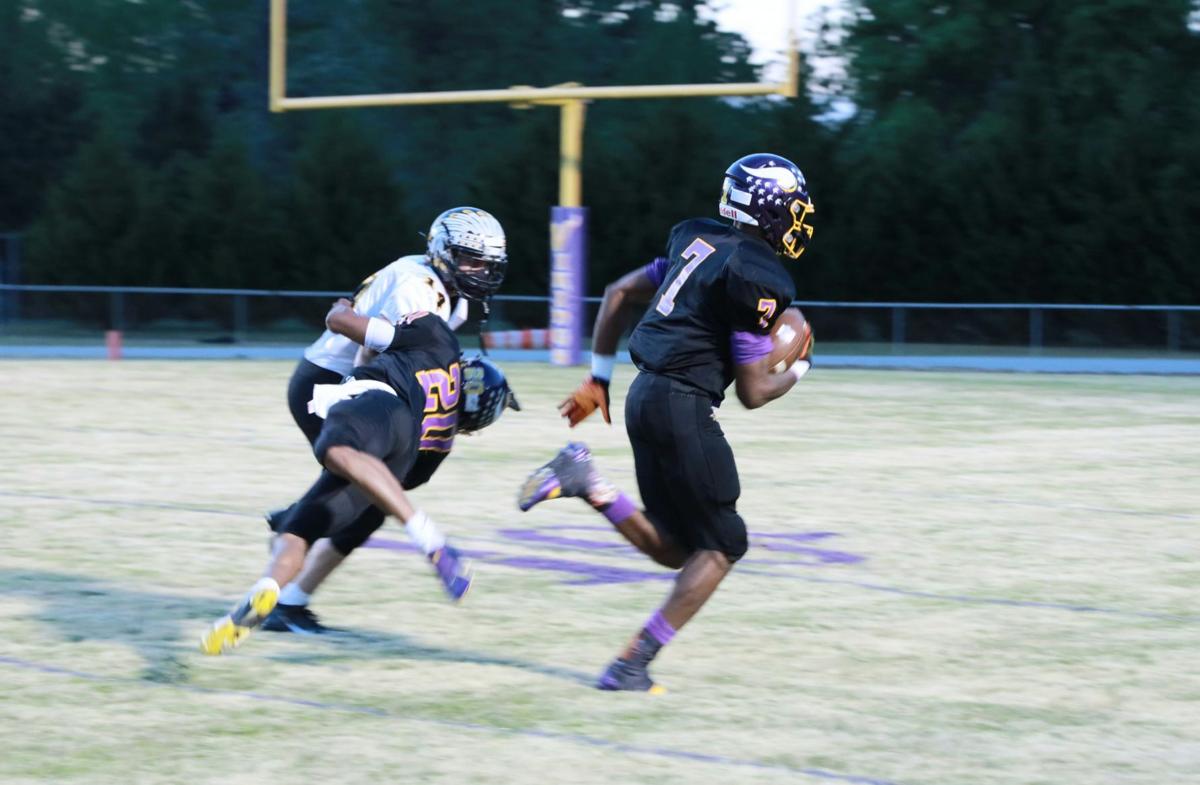 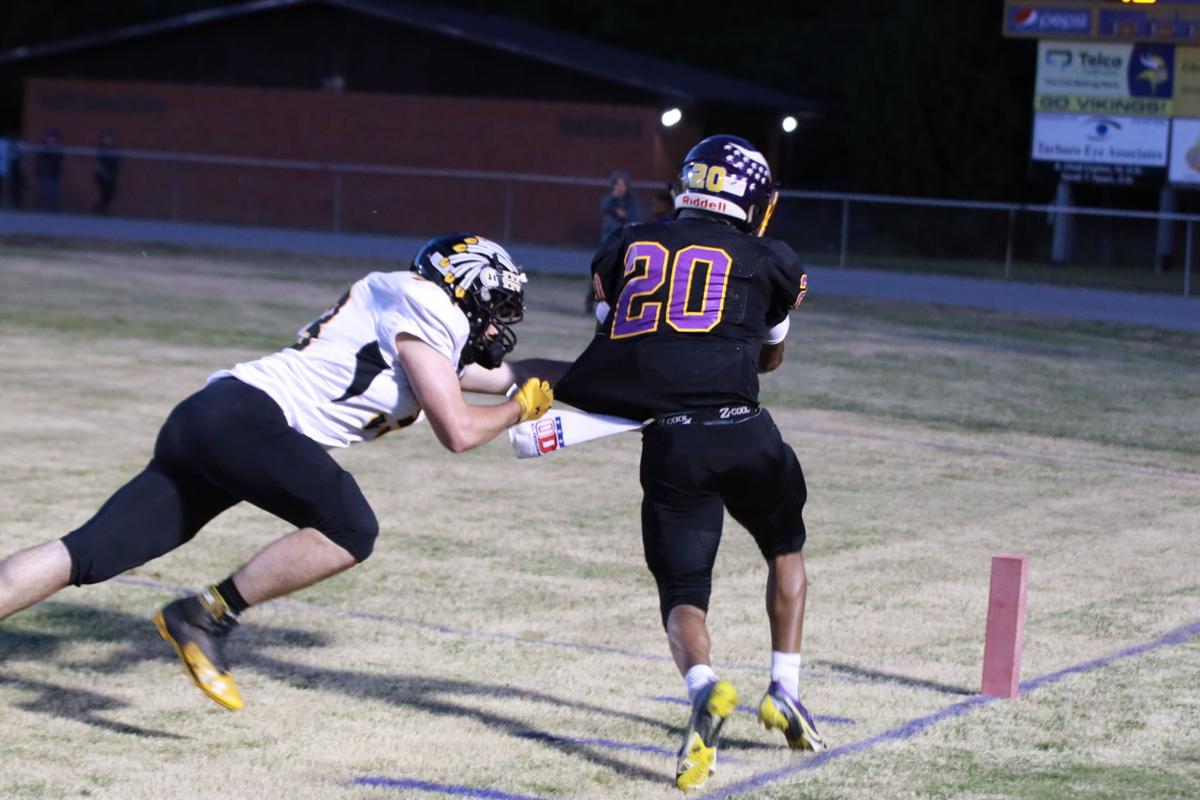 Tarboro’s Jalen Razor, right, tip-toes the sideline against Manteo in the first round of the Class 1-AA playoffs. Razor had three touchdowns on Friday as the Vikings defeated Louisburg and advanced to the Class 1-AA state championship game.

Tarboro’s Jalen Razor, right, tip-toes the sideline against Manteo in the first round of the Class 1-AA playoffs. Razor had three touchdowns on Friday as the Vikings defeated Louisburg and advanced to the Class 1-AA state championship game.

First, the Vikings must get past the final roadblock in the Class 1-AA East bracket in the form of second-seeded Louisburg. The game marks the fifth consecutive season in which Tarboro has reached the regional round of the postseason, with wins in the past three tries.

That the Vikings put together yet another deep postseason run has been no surprise. Tarboro has been as dominant as ever.

The top-seeded Vikings didn’t allow a point in the second half of their 63-21 second-round win over Edenton Holmes. In fact, those 21 first-half points were the most allowed in any game this season. That has been more than enough for the high-powered offense to work with as the unit has proven more than capable of providing enough points.

Tarboro is averaging 55 points per game, and has scored at least 62 points in three of its past four victories.

Let’s get into the matchup:

Winner will play: West Champion, No. 8 Polk County or No. 2 East Surry

Tarboro is powered by its punishing running game, which has produced 50 rushing touchdowns through the seven games. Travis Johnson — he had three rushing scores in last week’s blowout win — has 13 rushing scores. Teammate Jalen Razor also has 13 rushing touchdowns. The pair also combine for almost 1,200 yards on the ground as Razor leads the backfield with 600 yards while Johnson is right behind with 592.

About the Warriors: The Tarboro defense will have to contend with an air attack led by quarterback Jaheim Brown. Brown has thrown for 18 touchdowns for Louisburg to go with 1,786 passing yards. He has thrown five interceptions.

Louisburg has won its past four games. The Warriors finished third in the 1A/2A Northern Carolina Conference which was won by Roanoke Rapids, which defeated SouthWest Edgecombe in the 2-AA playoffs.