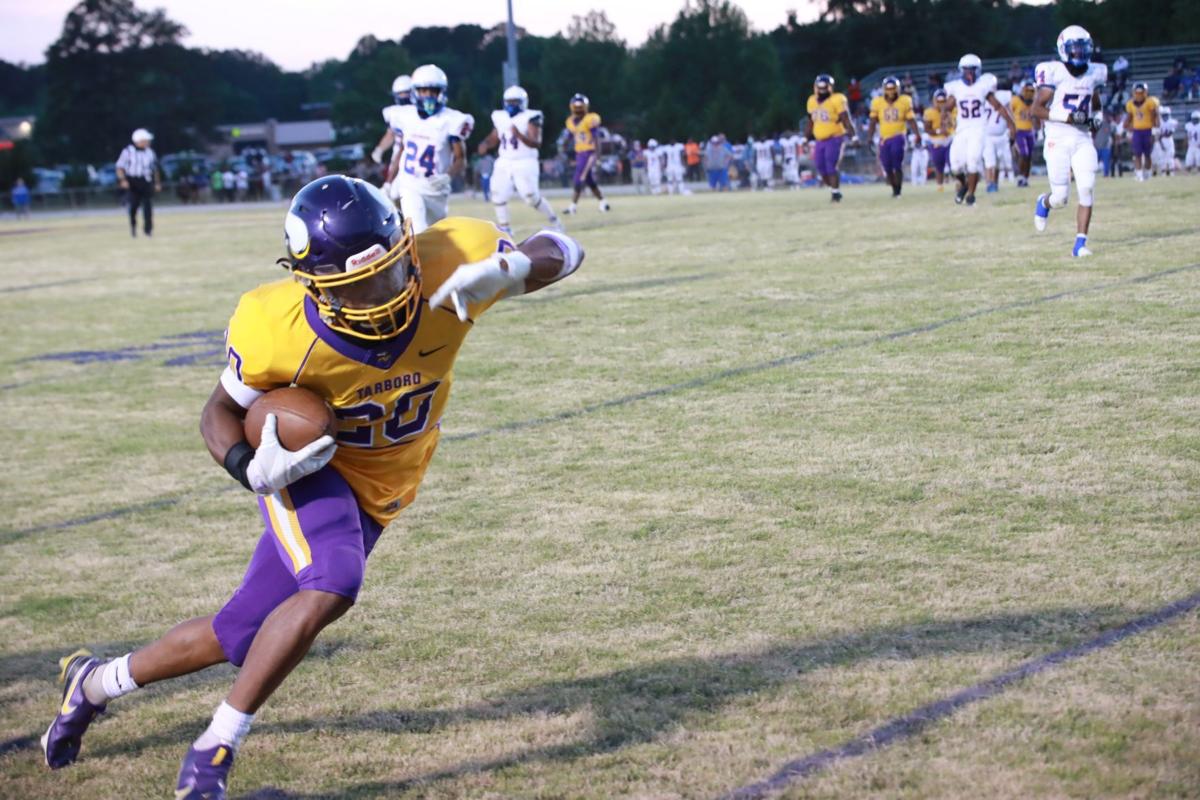 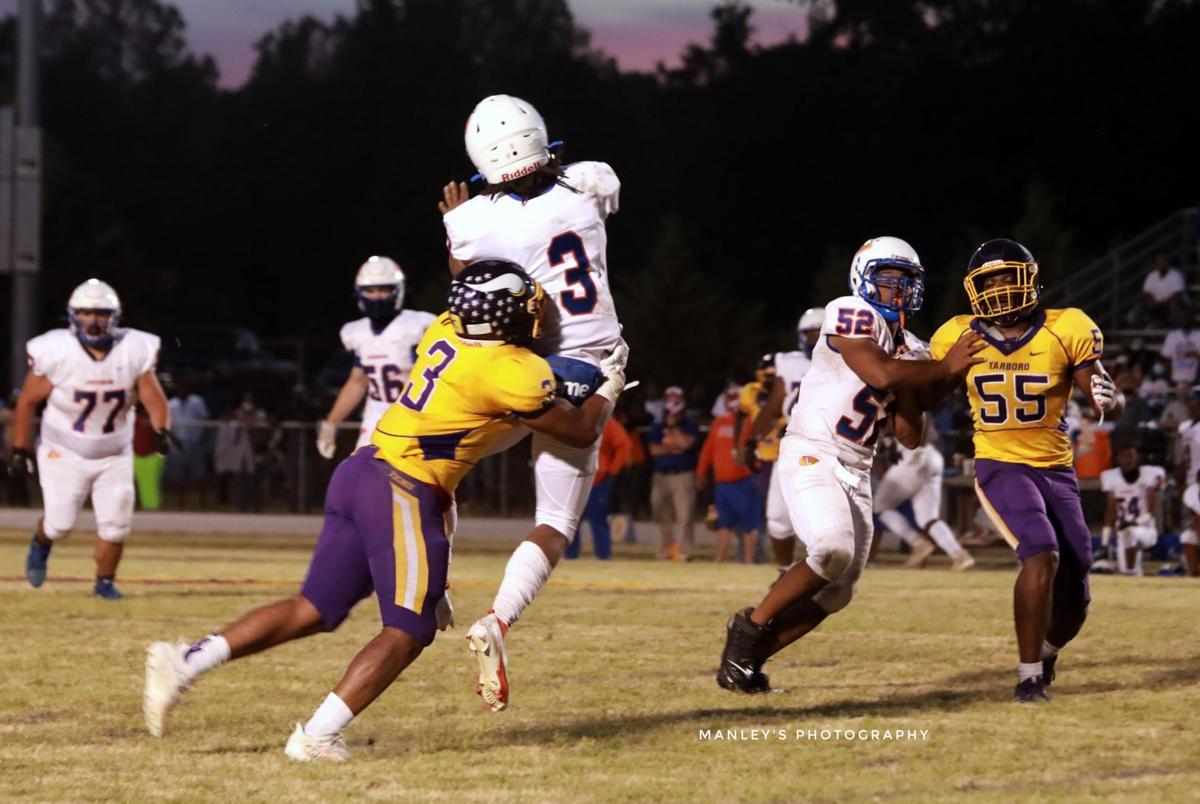 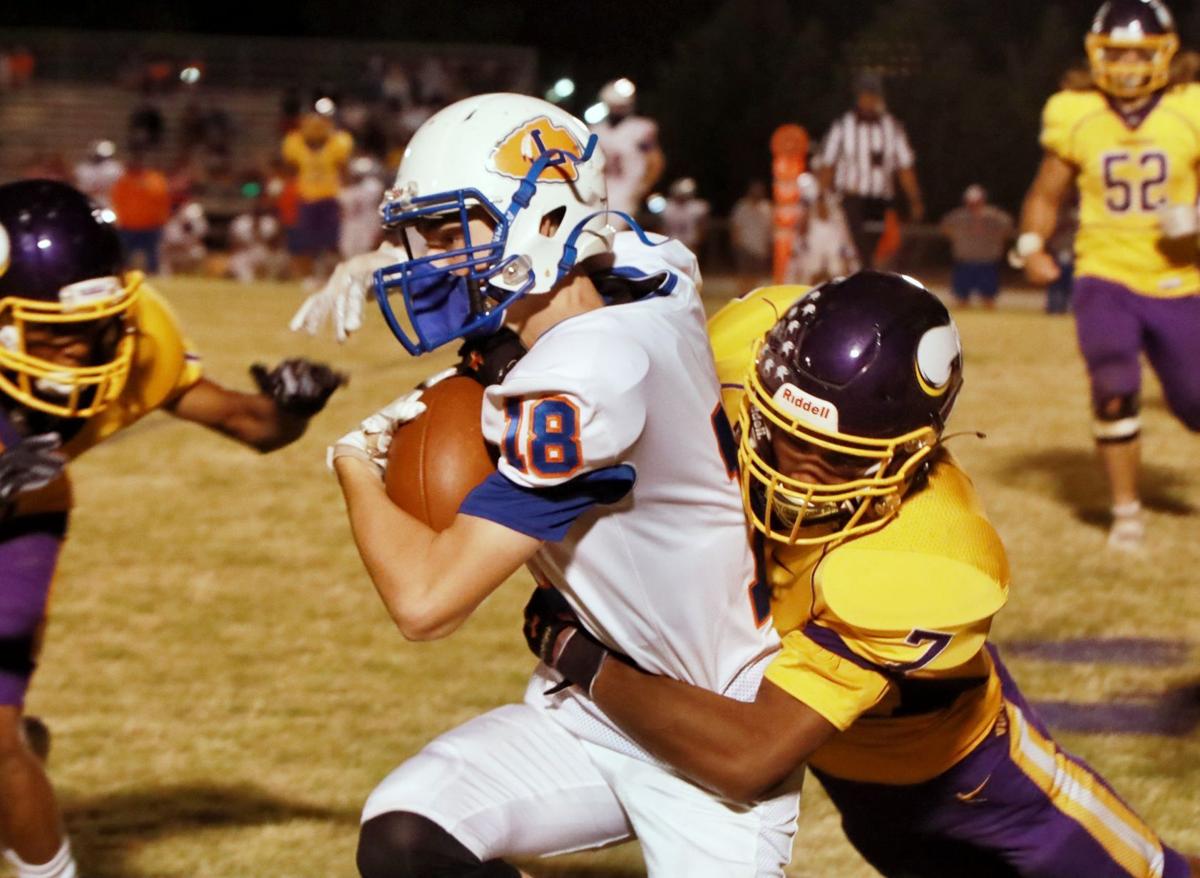 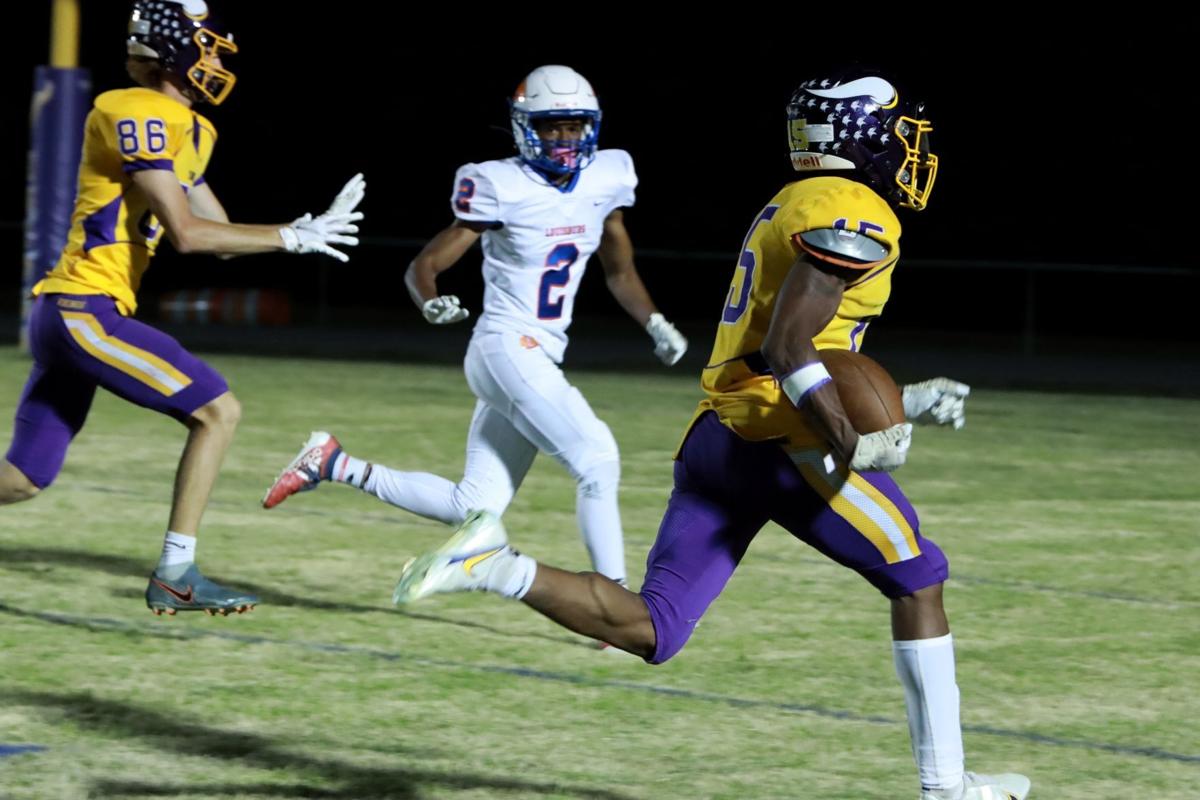 The Tarboro football team routed Louisburg by a 66-13 score on Friday night in the Class 1-AA state semifinal round. The Vikings will take on East Surry in their fourth consecutive state title game appearance.

The Tarboro football team routed Louisburg by a 66-13 score on Friday night in the Class 1-AA state semifinal round. The Vikings will take on East Surry in their fourth consecutive state title game appearance.

Tarboro football is back.

The Vikings earned a spot in the Class 1-AA championship game after taking down Louisburg 66-13 in the East Regional round. It is the fourth consecutive season that Tarboro has advanced to the championship game.

Let that sink in.

The East bracket has sent no other team to the championship game since 2016 when the Vikings lost in the regional.

The Vikings left no doubt on Friday in their quest to return to the championship stage. They scored touchdowns on seven of their eight drives in the first half. The defense was outstanding by forcing two punts, ended two Louisburg drives on downs, and intercepted quarterback Ja’Heim Brown three times all in the first half.

Vikings linebacker Micah Taylor recorded the first interception on the game’s opening drive, which led to the first of three Jalen Razor touchdown runs and a 7-0 lead.

The Vikings never looked back as they piled up a 21-0 lead in the first quarter as Travis Johnson added a rushing touchdown and Taylor caught a touchdown pass from Najee Farmer.

Before the end of the first half, Tarboro got two more touchdown runs from Razor, one from Jordan Williams, and a touchdown and an interception return for a touchdown from Tobias Joyner. The barrage of quick touchdowns — three came on the first play of the series — gave Tarboro a commanding 54-13 lead at halftime.

The defense, meanwhile, kept the Louisburg offense in check. The Warriors had entered the game averaging more than 38 points per game. Tarboro did so by playing an aggressive style of defense that featured just one down lineman.

Seniors Tai’Quan Lewis and Demeer Gary Jr. shared time manning the middle of the defensive line, hand on the ground. Meanwhile, edge rushers Jamal Armfield, Tim Powell, and Johnson lined up in a standing position on either side of Lewis or Gary Jr.

This made it tough on Brown, the Warriors talented quarterback who is headed to N.C. A&T for baseball, to find receivers in the flats. The edge rushers also batted down three passes at the line of scrimmage.

The Vikings have scored 62, 63 and 66 points, respectively, in their three postseason wins.

The next game will come next week where Tarboro will play East Surry in what will act as a rematch of last time these teams met — the 2019 championship game. The second-seeded Cardinals advanced out of the West bracket with a 41-7 win over eight seed Polk County.

East Surry stopped Tarboro’s quest for a third consecutive title when it defeated the Vikings with a strong passing game led by seniors at every skill position.

The game will be played at either N.C State’s Carter-Finley Stadium, or North Carolina’s Kenan Stadium.