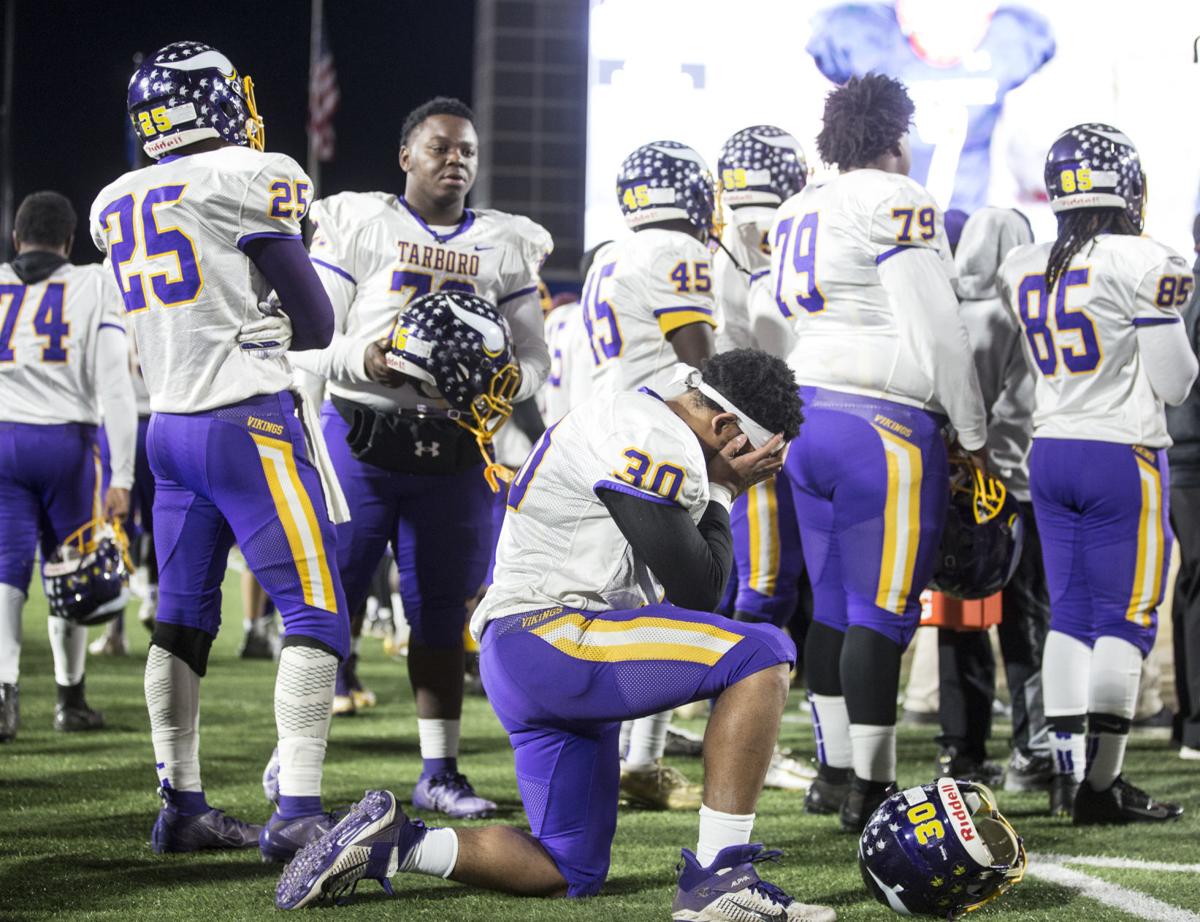 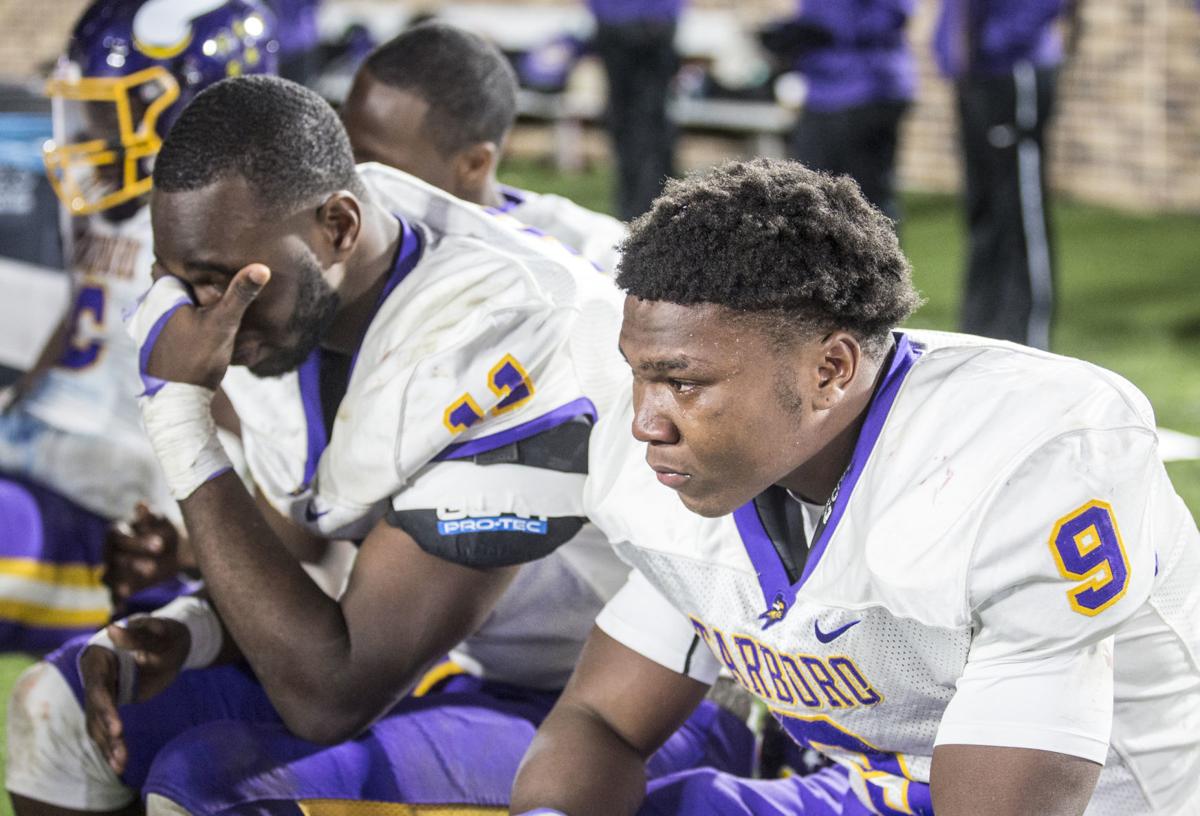 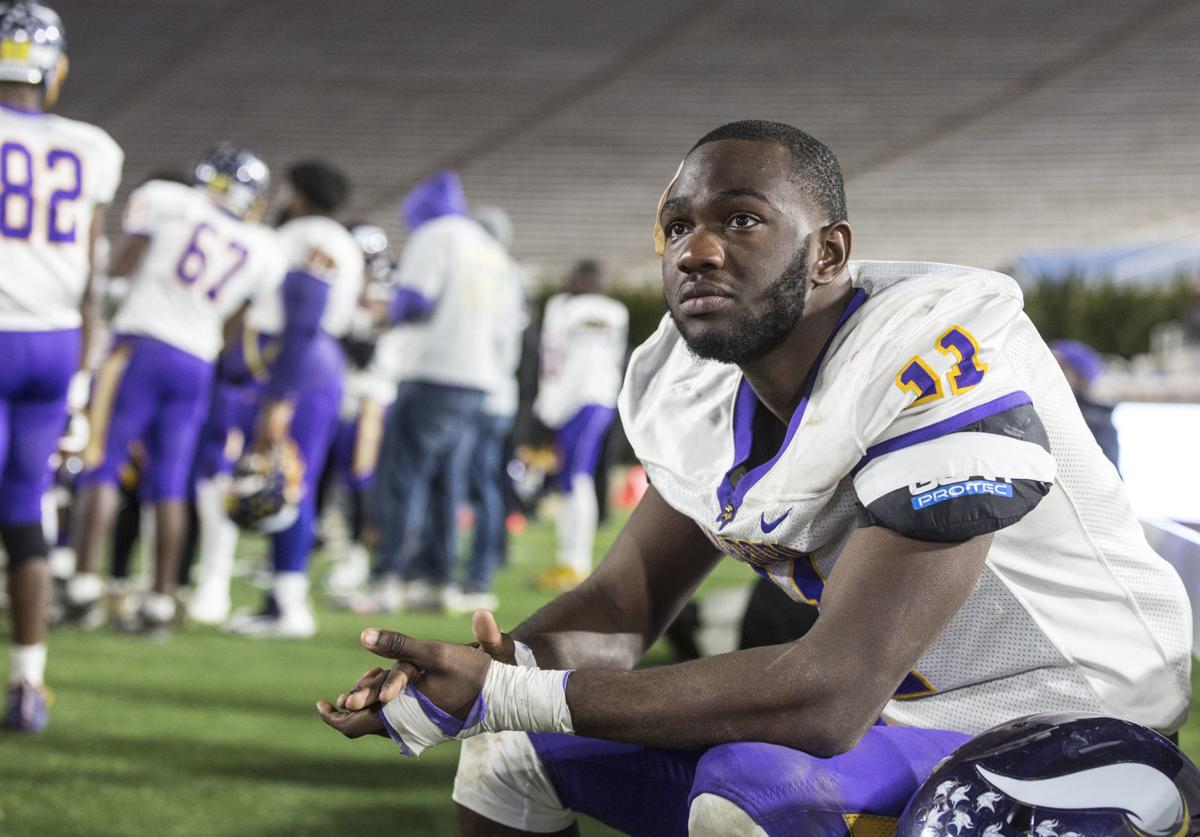 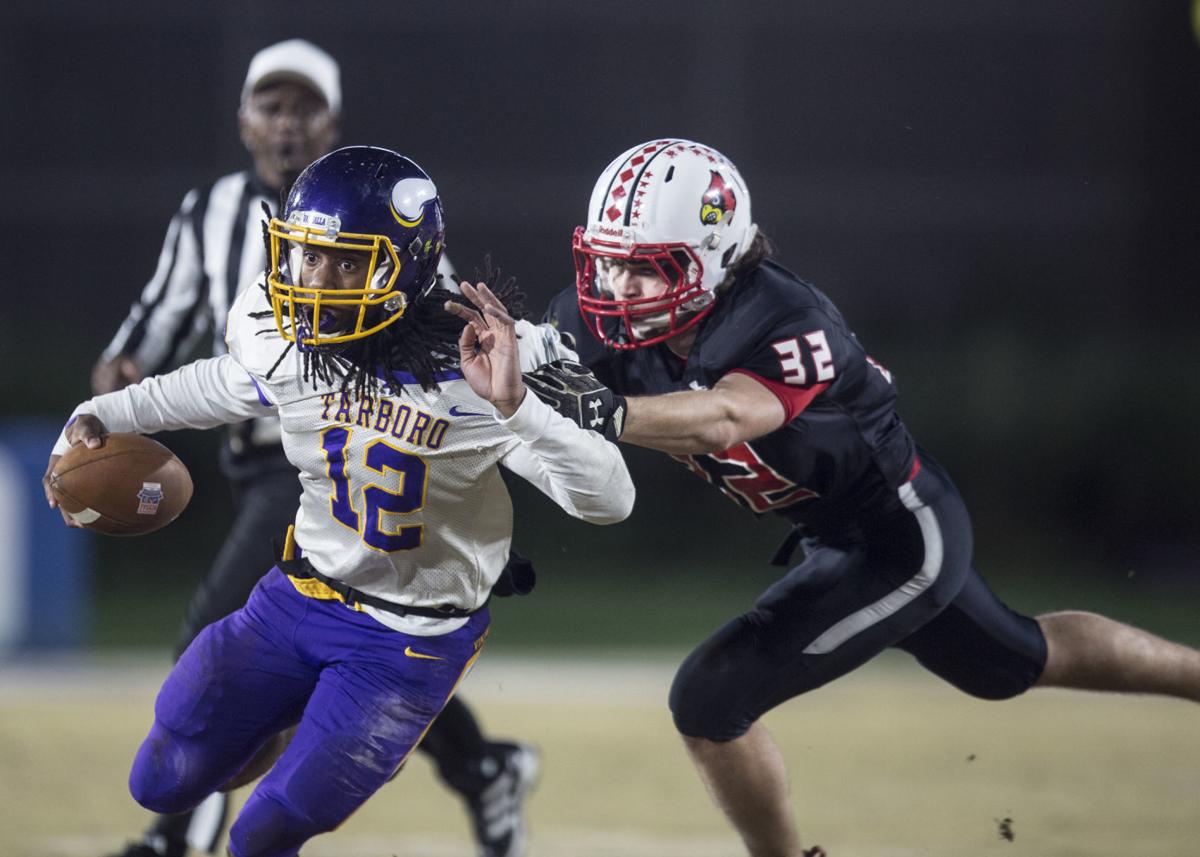 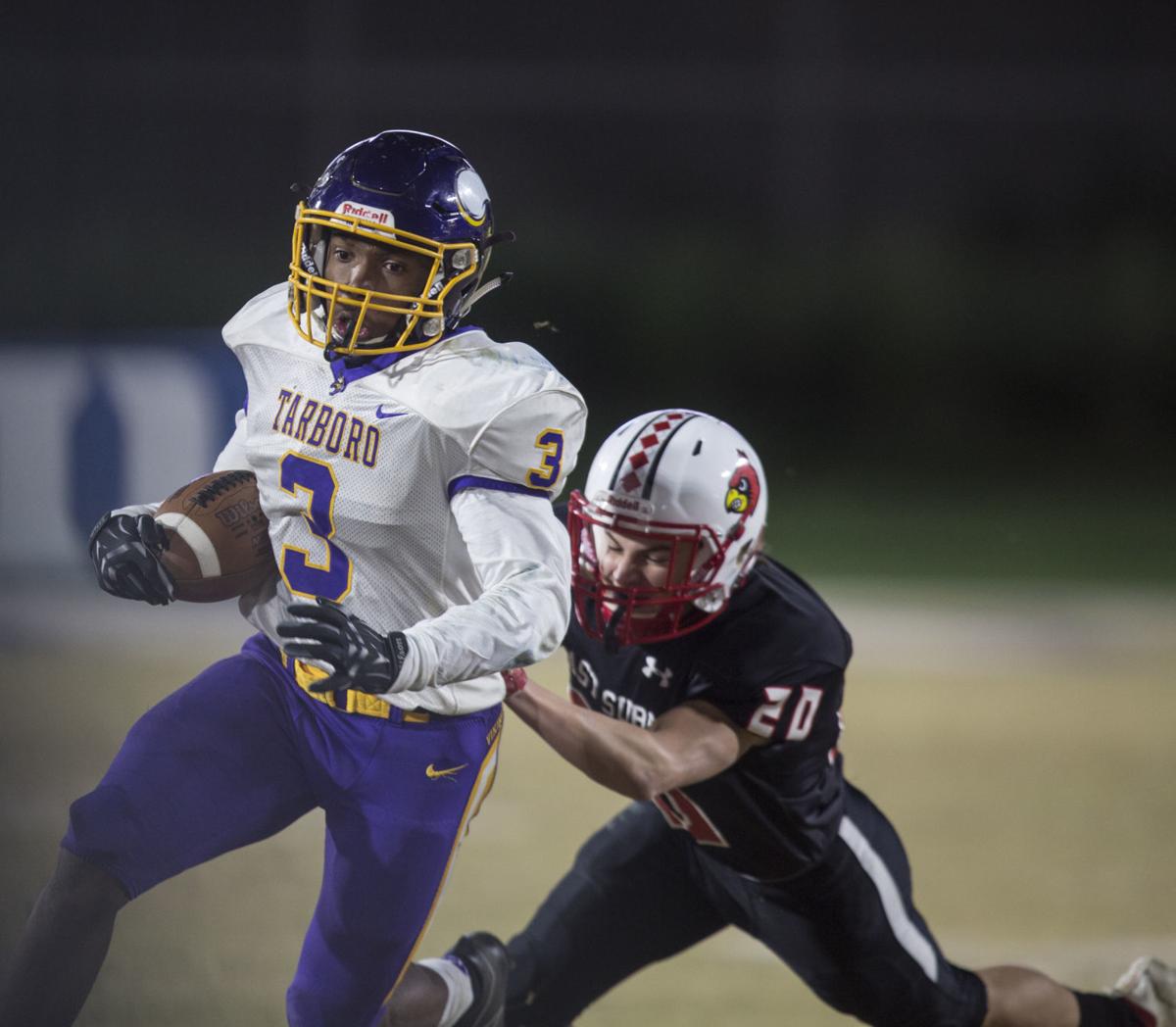 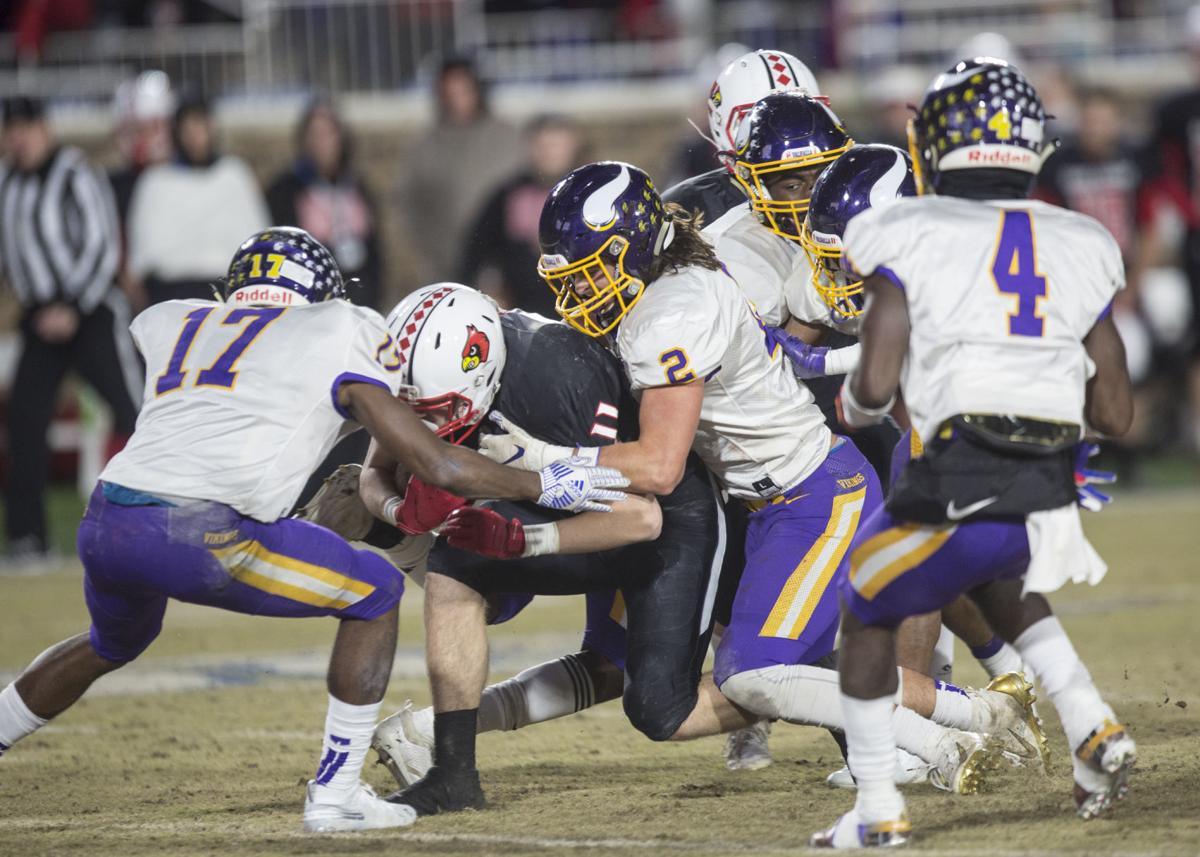 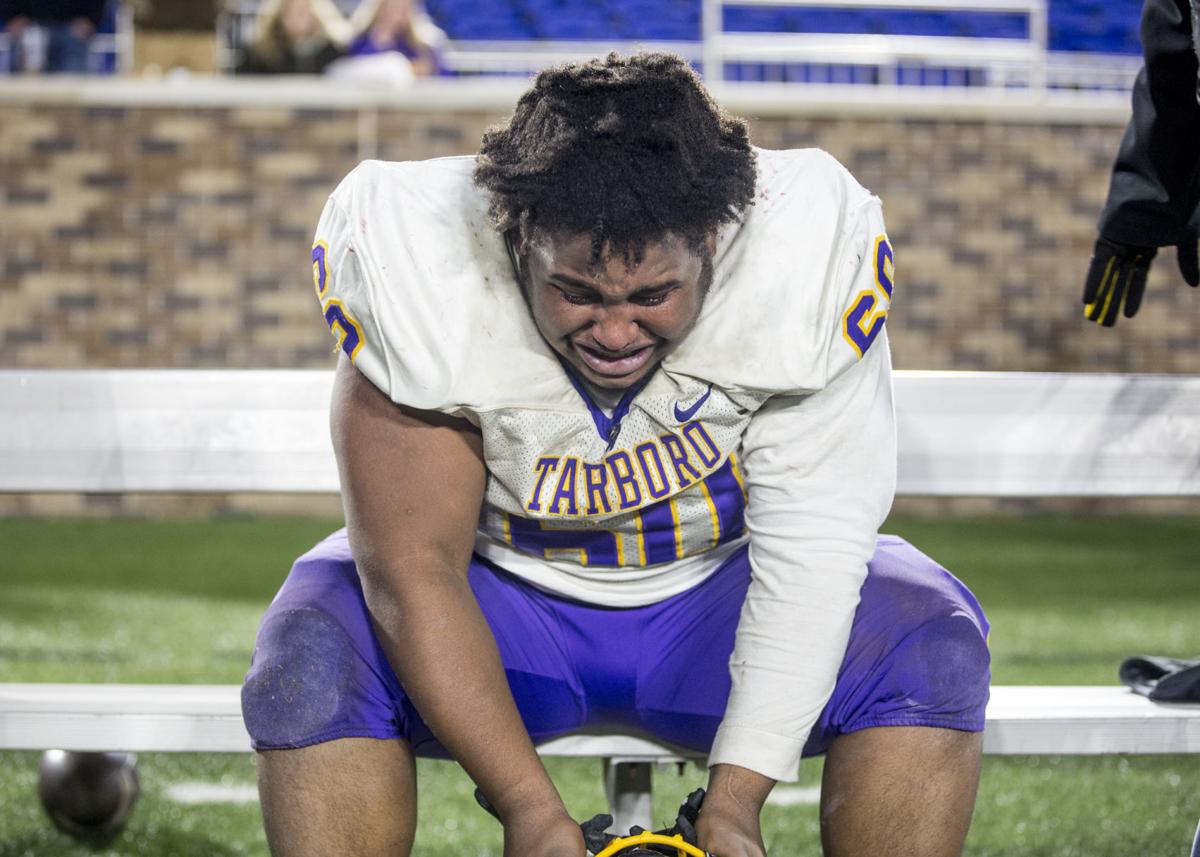 DURHAM — Tarboro was caught chasing, and the Vikings never caught up.

Tarboro’s state-leading 44-game win streak was snapped with the loss, its first since the 2016 season. The streak spanned three East Regional titles and two state championships. Team after team tried and failed to knock off the comically good Vikings, who were rarely tested for much of the past three seasons.

East Surry, however, had the roster to compete with Tarboro, and it took a heroic effort from a North Carolina-bound standout at quarterback to get past the Vikings.

The Cardinals (15-0) gained 506 yards of offense behind quarterback and game MVP Jefferson Boaz, who accounted for all eight of his team’s touchdowns.

The 6-foot-8, 240-pound future Tar Heel threw for 478 yards and seven touchdowns and ran for another score. He set state records for most passing yards and passing touchdowns in a state championship game.

“When our guys are flowing, it’s been like that,” East Surry coach Trent Lohman said. “When there’s weapons all over the field you can’t zero in on one person. So when we can flow like that, that’s what we expect the offense to look like.”

Boaz finished the season with 65 touchdown passes, which ranks second all-time in the state behind only the 2004 season from Independence quarterback Joe Cox, according to the NCHSAA record book.

The Cardinals’ QB picked apart a terrific Tarboro defense that had allowed just 41 points all season entering the game.

“Boaz was incredible,” Tarboro coach Jeff Craddock said. “The biggest thing was their offensive line did a great job. We couldn’t get pressure rushing four, and then when we try to blitz it opens up more holes in our zone and of course he finds the soft spot.

“If we did get a little pressure he would avoid it, roll out, buy time and find somebody. They played a great game. I’m telling you, even the incomplete passes tonight the ball was right on the money. Boaz was making some incredible throws. I mean, what can you do but tip your cap.”

Tarboro kept pace with the Cardinals early as the teams traded touchdowns to a 21-21 score midway through the second quarter. But the Vikings couldn’t keep up with the quick-score passing game and began to lag behind.

The Cardinals were also aided by four Tarboro fumbles in the second and third quarters, which East Surry converted into four touchdowns. The turnovers helped East Surry build a 49-21 lead with 11:56 remaining in the game.

“You can’t win a state championship like that,” Craddock said. “Unfortunately, we didn’t play our best game tonight. We were a little disorganized, and I’ll take responsibility for that.”

“You work hard and try to do the best you can and sometimes things don’t go your way,” Craddock said. “... I’m sure our community will be back in full force next year. We’ve been really blessed at Tarboro, and my goal is to start our winning streak back at one next year at Rocky Mount.”