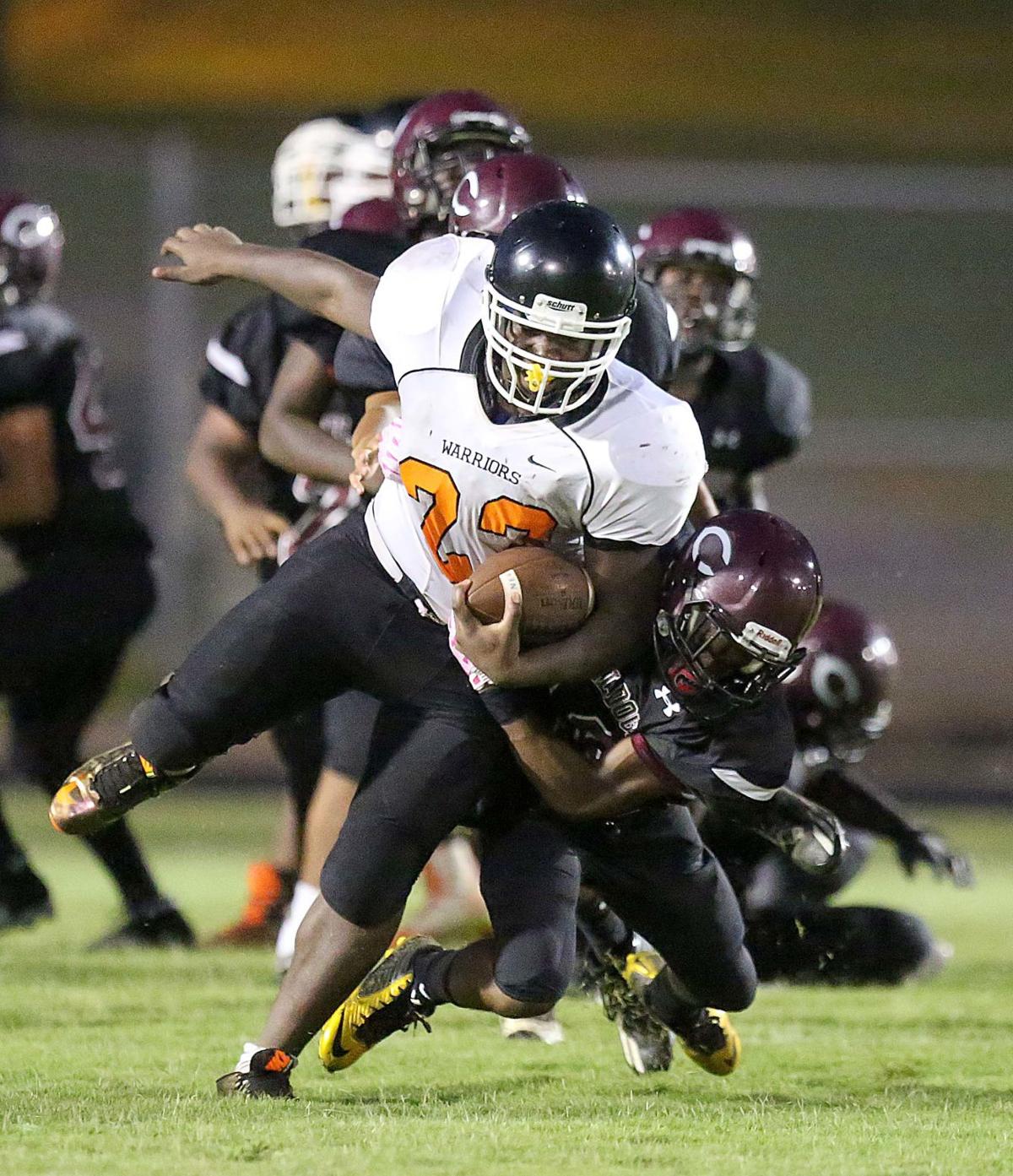 North Edgecombe's Devonte Barnes, a three-year starter, returns to the Warriors backfield as a senior this season. Barnes had 1,54rushing yards and 17 touchdowns for the 6-6 Warriors last season. 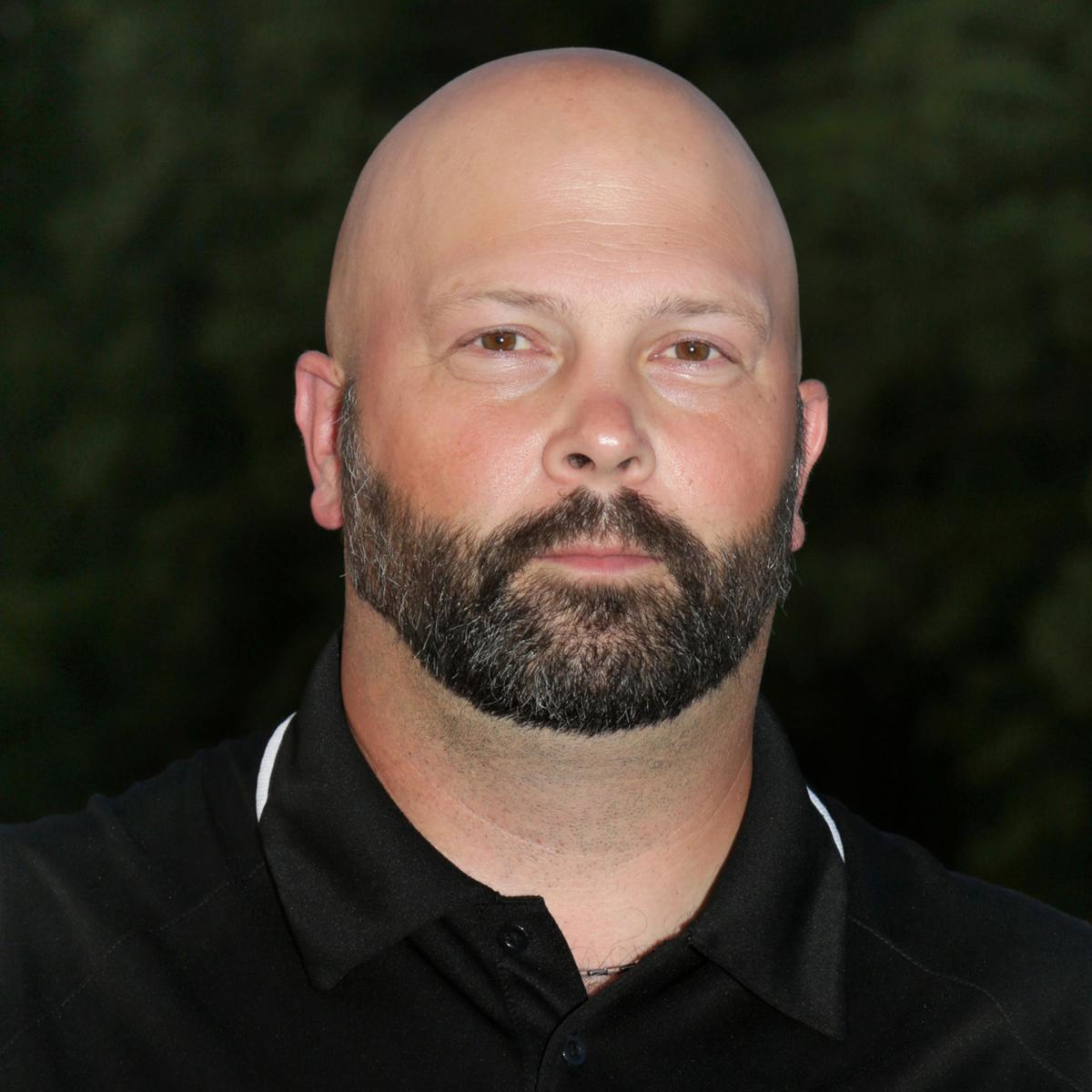 North Edgecombe's Devonte Barnes, a three-year starter, returns to the Warriors backfield as a senior this season. Barnes had 1,54rushing yards and 17 touchdowns for the 6-6 Warriors last season.

Tucker is a wide receiver who runs routes for a Warriors team that likes to throw the ball. This wasn’t always the case, but old habits have a way of fading when a 6-foot-3, 190-pound kid comes out for the team.

North Edgecombe will still operate behind its traditional power running game out of the wishbone. But more passing plays are being called, and if recent trends point to anything it’s that the Warriors will be moving the ball through the air more than ever.

“It’s a fun offense to be part of,” Tucker said. “Coach, he is going to run what is not being stopped.”

When coach Jay Miller took over the program in 2018, he knew that Tucker had to be involved in the offense. That meant leaning on quarterback Ijheaur Sharpe, a senior who is entering his third season as the Warriors starting quarterback. Sharpe has shouldered an increase in pass attempts which led to added production through the air for a team widely known for its bullying ground game.

“There were times where we would throw the ball two or three times in the course of a month,” Miller said. “So we tried to make it where we could utilize the talent that we have. We have a bunch of athletes, so we looked around and said, ‘We have to change the way we do things a little bit.’ We still do our wishbone, power running game stuff, but we’re trying to open it up a little more and do some different things to take advantage of what we got.”

For a look at how unusual this air attack is for the Warriors, look no further than Sharpe’s touchdown totals. His 12 touchdown passes last season double the amount he threw as a junior in 2017. Also, North Edgecombe totaled 12 passing touchdowns during the 2014-16 seasons combined.

“We have a good balance,” Sharpe said. “We still run, but we throw a lot more, too. Coach is more open minded to it. So it’s nice that Coach knows he can trust me, and I trust (Tucker) because if I throw a 50-50 ball he’s going to come down with it.”

The Warriors went 6-6 last season and lost by one point, 35-34, to Rosewood in the second round of the playoffs. Securing a postseason berth at all seemed like a longshot after losing the first three games of the season while being outscored 149-6.

It wasn’t until a Week 4 Tar-Roanoke Conference game that North Edgecombe earned its first win. It went on to place second in the conference with a 5-1 record.

One of the driving forces in that turnaround was soon-to-be four-year varsity starter Devonte Barnes. The 6-foot, 215-pound back was a contributor right away, and as a freshman ran for 1,138 yards and 11 touchdowns on an 11-2 team that advanced to the third round in 2016.

“He’s a monster for us, Devonte is,” Miller said. “He’s a humble kid, but he has that swagger about him where he’s confident but not arrogant, even though he’s a monster out there.

“He got hurt in the middle point of the third quarter in our playoff game against Rosewood, and at that point he had about 200 yards. So when we lost him it hurt us. He is so important, like in conference play he put the team on his shoulders and dominated people.”

The Warriors posted two shutouts, the first of which kicked off a four-game winning streak in 1-A Tar Roanoke Conference play.

Experience and production returns to the defense and many of the offensive skill positions return for senior seasons. If the Warriors can avoid an early-season string of losses and stay healthy, they could be a dangerous team come playoff time.