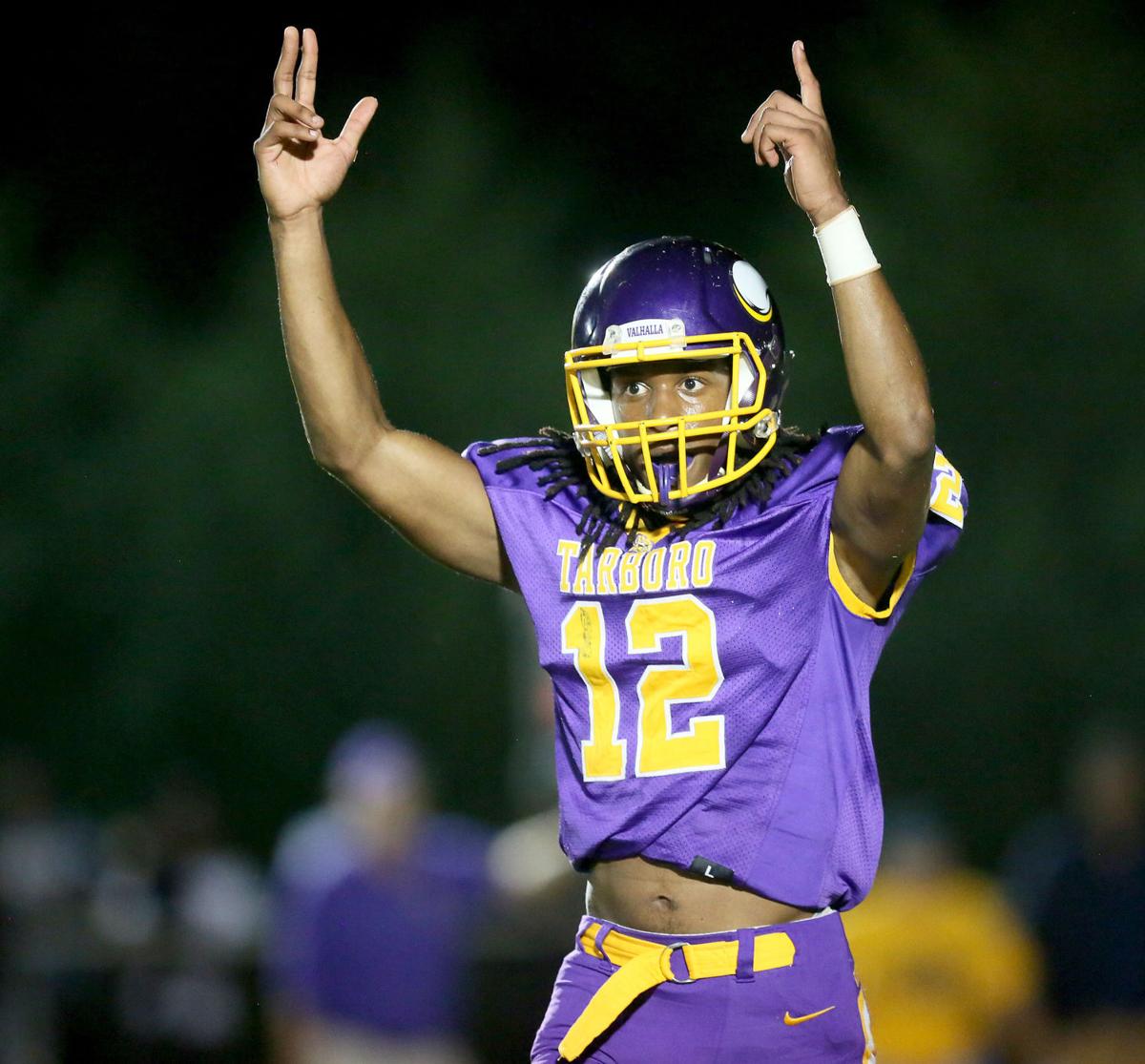 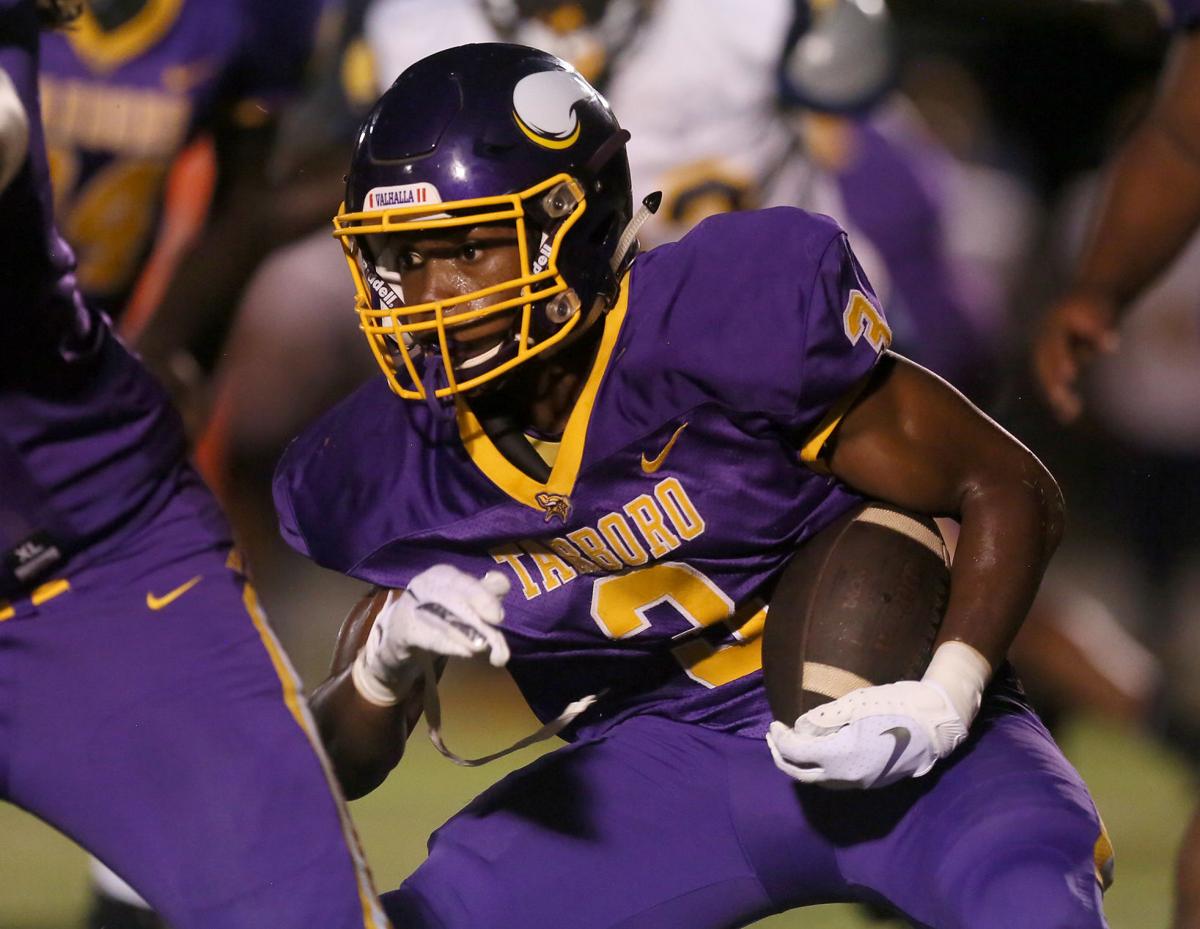 Tarboro's Cameron Powell looks for room to run on Thursday, Aug. 22, 2019, during the game against Rocky Mount High at Tarboro High School. 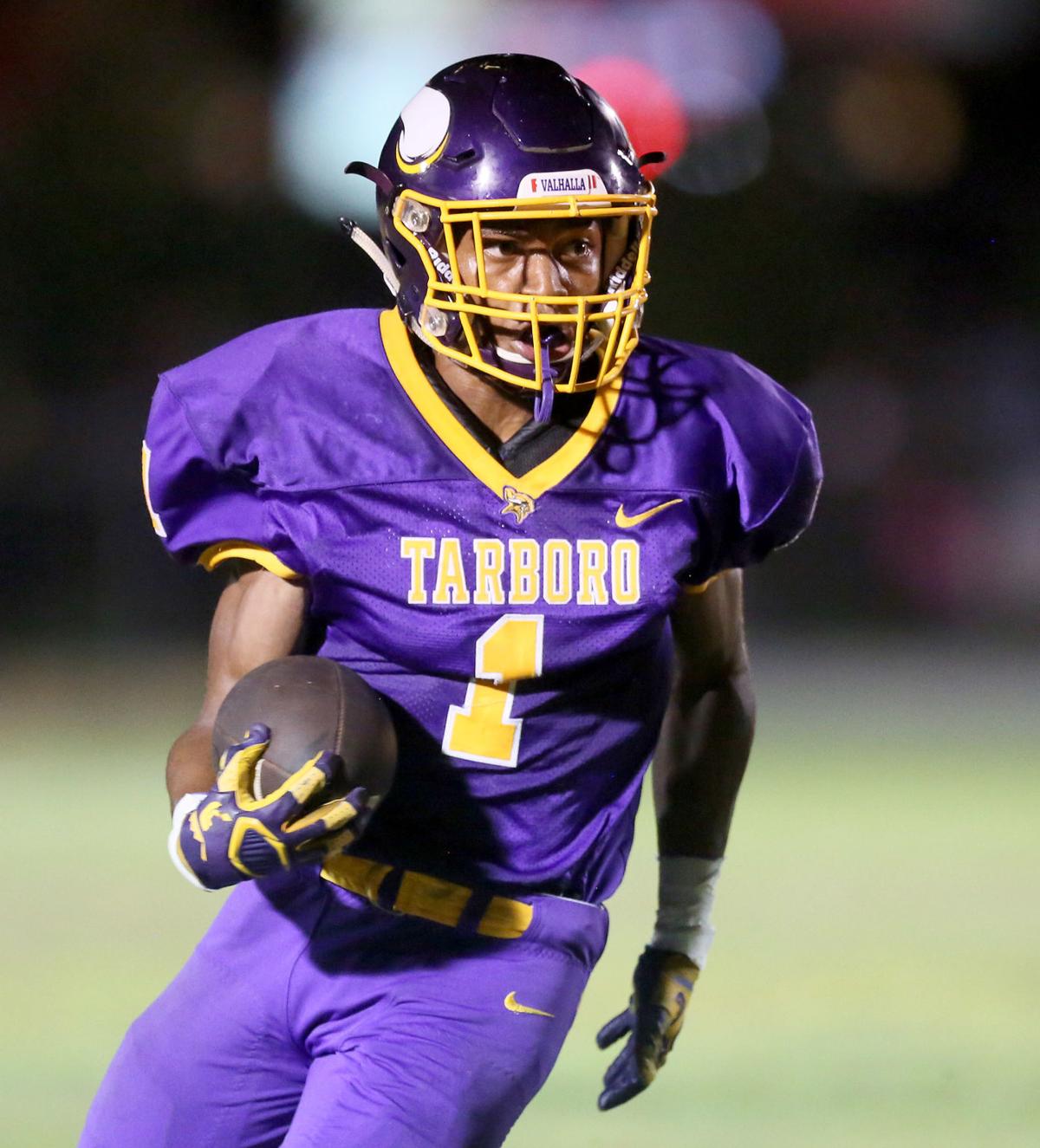 Tarboro's Khalil Staton runs the ball on Thursday, Aug. 22, 2019, during the game against Rocky Mount High at Tarboro High School.

Tarboro's Cameron Powell looks for room to run on Thursday, Aug. 22, 2019, during the game against Rocky Mount High at Tarboro High School.

Tarboro's Khalil Staton runs the ball on Thursday, Aug. 22, 2019, during the game against Rocky Mount High at Tarboro High School.

Week 5 of the prep football season has arrived, and with it brings a much-anticipated rivalry game that never lacks in hype.

Tarboro is headed to SouthWest Edgecombe for what should be another exciting edition of the Function at the Junction game. Both teams have cruised through their respective seasons to this point, as each team faces its first true test. Elsewhere, Rocky Mount High is coming off a shutout win to host an undefeated Northeastern team, while Southern Nash and its rushing attack will host a Greenville Rose team that is coming off a loss to the Gryphons.

For most teams, non-conference games are almost done as just this week and next week stand in the way of the start of conference schedules. Also, Faith Christian is the lone team this week with an off week.

Let’s get into the matchups.

The matchup: Northeastern hasn’t played since Sept. 9 and will be well-rested. The Gryphons are coming off their best defensive performance of the season with a shutout win, while the offense continued to put up points. RMH has scored at least 35 points in each of the last three weeks. The two teams have played similar opponents as each hold wins over Greenville schools Conley and Rose. Northeastern throws about 27 percent of its plays and junior quarterback Deandre Proctor has made the most out of those opportunities by completing 71 percent of his passes (30-for-42) for 617 yards and five touchdowns.

The matchup: Northern Nash scored four second-half touchdowns last week to pull away from Nash Central. The Knights have a serious running game this year that averages 278.8 yards per game. In fact, with 1,115 rushing yards through four games, Northern Nash is just 248 yards away from matching last season’s rushing total. Led by Amir Pittman-Williams, Northern Nash has an offense that can keep pace with most teams. Bunn, meanwhile, can be scored on. The Wildcats earned their first win of the season last week, but have allowed 127 points through four weeks.

The matchup: The 27 points allowed by Southern Nash in last week’s win all came in the second half with the Firebirds in command as Quinton Cooley poured in six total touchdowns (five rushing, one receiving). Cooley now has a whopping 14 rushing touchdowns this season to go with 609 yards on the ground. Rose has struggled to score points over its past two games and will have to be more consistent if it wants to keep up with the Firebirds.

The matchup: Nash Central is a dangerous team that can score in any part of the game. The Bulldogs scored on their opening drive last week set up by a 50-yard run, while they also scored on a kickoff return. But for Nash Central to avoid long stretches without points it has to convert first downs. The Bulldogs should be able to get back on track against a Bertie team that has allowed 202 points this season as the Falcons have allowed at least 47 points in each game.

The matchup: The marquee matchup of the week brings a pair of longtime rivals together. Both teams have traditionally run similar offenses and defenses, so familiarity has reigned. Last season, however, was the first time in a while that SWE mixed in more passing to take advantage of talent at the receiver position. The Cougars’ 6-foot-5 receiver Keishon Porter has six catches this year and three touchdowns. Porter caught a pair of touchdown passes against Tarboro last season, though the Vikings were able to take away a lot through the air with three interceptions in their 35-14 win. Tarboro this season has been as solid as ever. The Vikings are allowing just six points through four weeks while scoring an average of 38 points per game, even when the six-point output in a Week 1 shortened win is included.

The matchup: North Edgecombe is playing better football that it had been at the start of the season, and running into Tarboro last week overshadowed progress. The Warriors picked up their first win of the season two weeks ago in a blowout win over Farmville Central, but couldn’t hang with the Vikings last week. North Edgecombe will have a good opportunity to move to 2-3 after Friday in the final game of the non-conference season against a leaky defense. South Creek opened the season with wins but has since lost two consecutive games. South Creek allowed 40 points combined in weeks 1 and 2, and has allowed 90 points over the past two weeks.

Last week: Louisburg defeated Weldon, 50-12. RMP had the week off.

The matchup: RMP hasn’t played since Aug. 30. The Jaguars had a bye week last Friday, and their Sept. 6 game against Columbia was washed out due to Hurricane Dorian. RMP earned a tight win in Week 1, then suffered a loss in Week 2. With the large gap between games, it will be interesting to see how the Jaguars handle the long layoff. Loisburg has played in two blowout games — one win and one loss — and two tight games which it split as well. Louisburg has scored 136 points and allowed 135, so the margin for error is slim for the Warriors.

The matchup: RMA is still searching for its first win of the season. The Eagles have come close, especially in the first two weeks, but have lost by at least 28 points in each of the past two games. Both of these teams share losses to Faith Christian and Grace Christian.