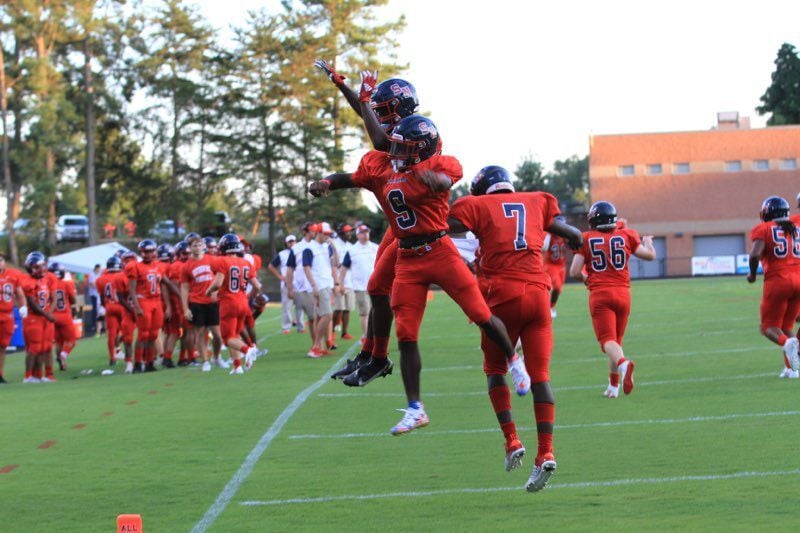 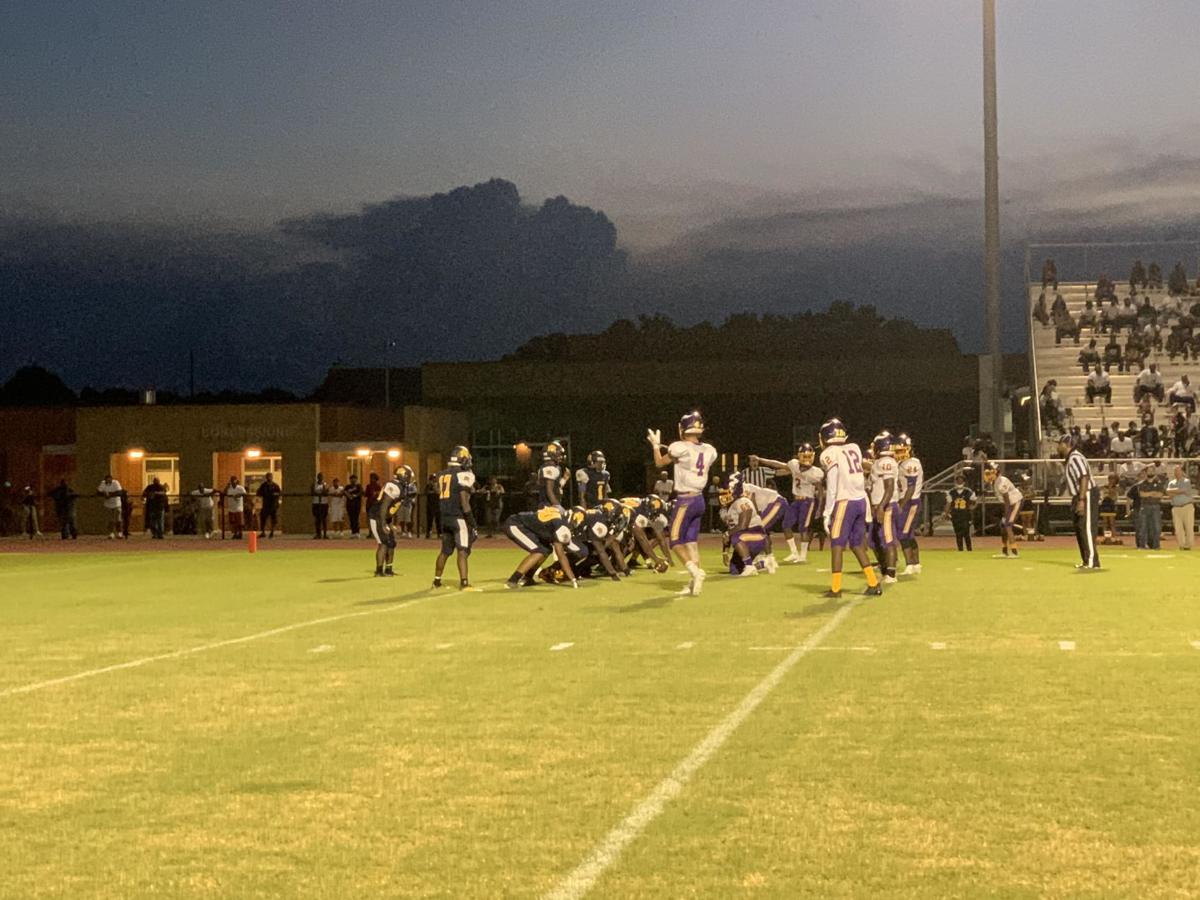 Tarboro players point across the line at Rocky Mount High which was flagged for a false start on Thursday during their Week 1 game in Rocky Mount. The Gryphons won, 12-0.

Tarboro players point across the line at Rocky Mount High which was flagged for a false start on Thursday during their Week 1 game in Rocky Mount. The Gryphons won, 12-0.

The spotlight game of the week happens in Pinetops as the Cougars host Function at the Junction rival Tarboro at 7 p.m.

Let’s get into the matchups.

The matchup: Both teams are trying to get back to .500 on the season. The Gryphons will try to put a stop to a two-game losing streak since opening the season with a shutout win. Penalties hurt RMH in last week’s loss, as flags erased two seperate touchdowns. Still, the Gryphons have a solid group of talented running backs and receivers to produce offense, along with junior quarterback Stephon Jones who can ignite the passing game at times. Defensively, the 27 points last week was the most allowed by the Gryphons this season.

The matchup: The Knights are off to a terrific start on both sides of the ball. They have scored 93 points (at least 40 per game) through the first two games, to go with two shutout wins. The Northern Nash defense recovered two fumbles in last week’s win, while allowing just 49 rushing yards. Conley has lost both of its games and has scored just four offensive touchdowns. Running back Spencer Axson leads Conley in rushing with 163 yards and three scores.

The matchup: The Firebirds are coming off a game where their skill position players took over in a big way. Southern Nash returned a punt for a touchdown, and had multiple rushing touchdowns with some passing yards sprinkled throughout. After needing a comeback effort for a Week 1 win, Southern Nash cruised to victory against the Aces. South Granville has lost two straight and is struggling on offense. The Vikings haven’t scored since a Week 1, 20-2 victory. Just one running back has more than 100 yards over three games.

The matchup: Both teams are coming off losses to Smithfield-Selma their last time out. Nash Central’s Justus Staten and Javaris Jones each have three rushing touchdowns and more than 100 yards on the ground. North Johnston has allowed three straight 40-point games to open the season. The Panthers offense hasn’t been able to keep up, either, as six points in Week 1 has been all the production so far this season.

The matchup: This classic rivalry game comes just before conference play begins. SWE is looking to rebound from a pair of lopsided shutout losses around a Week 2 win over North Edgecombe. Tarboro, too, played the Warriors and won big. Tarboro has been scoring big, too. The Vikings have poured in 93 points in two wins since being shut out in Week 1. The Vikings have three rushers with more than 100 yards, led by Tobias Joyner’s 262.

Last week: RMP lost to Louisburg, 54-0. Perquimans did not play.

The matchup: The Jaguars got a late start to the season and lost their opener last week. RMP allowed 27, 14 and 13 points in the first three quarters, respectively. Perquimans had an off week last week, but enters Friday’s game on a roll. The Pirates have scored 105 points though two games, while allowing 30.

The matchup: RMA enters unbeaten and on a three-game win streak. Three Eagles have more than 100 rushing yards, with Isaac Lewis’ 202 leading the way. Marti McKnight’s three rushing touchdowns are a team high. But what makes RMA go is quarterback Wells Hutson and his hot start to the season. Hutson has thrown for 10 touchdowns against zero interceptions to go with 479 yards. McKnight was the recipient of four of those touchdown passes, while Kam Wright is next with three.

The matchup: Faith Christian is back in action for the first time since Aug. 27. The Patriots will get a chance to see if what worked in Week 1 will continue to do so. Deanthony Joyner had 306 rushing yards and three touchdowns in that win, while Caden Hamlett added two rushing scores. Hamlett also threw a touchdown pass to Joyner.