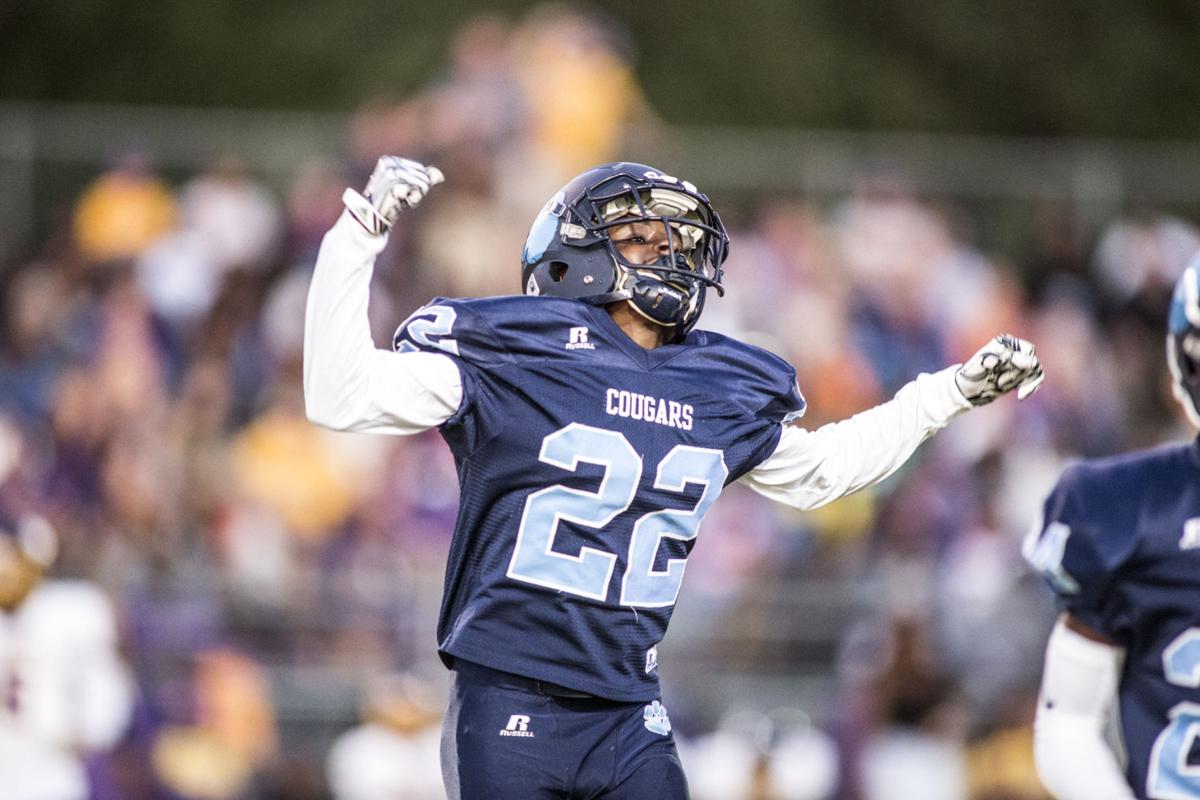 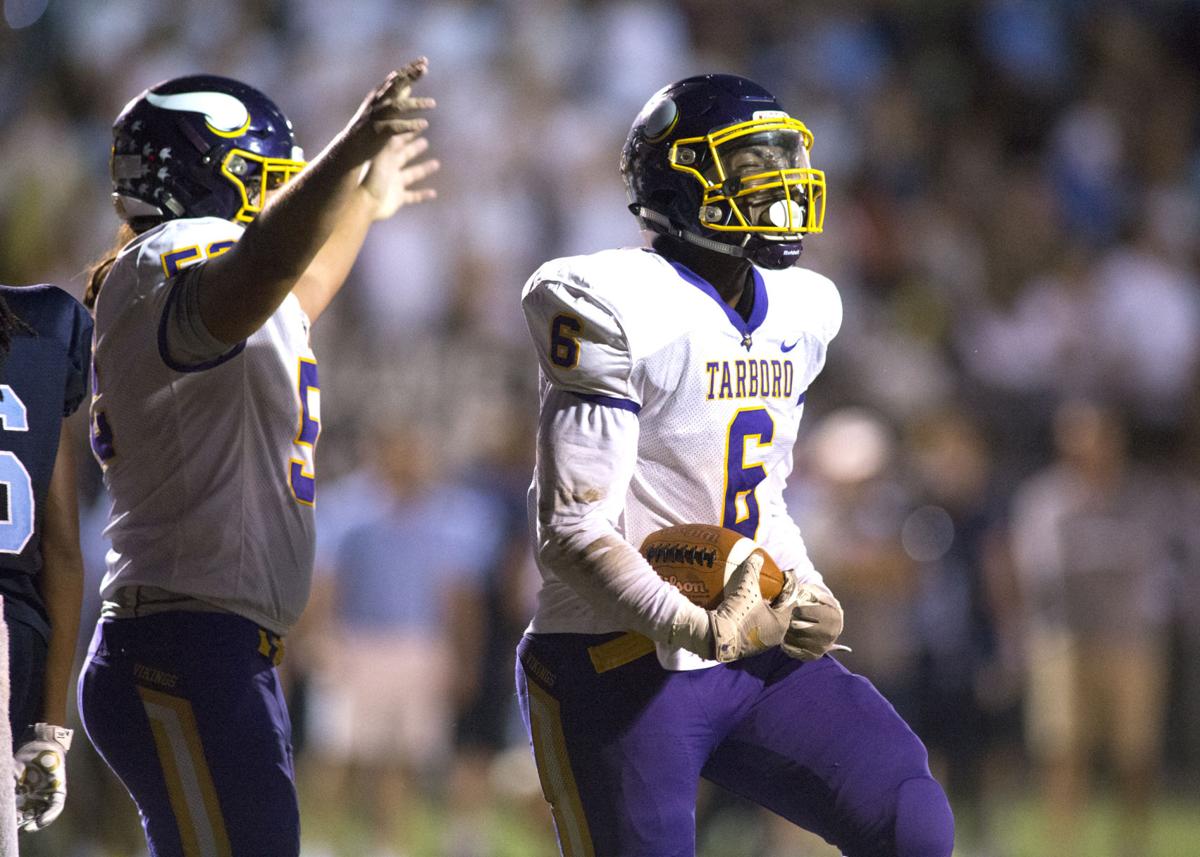 Week 5 of the prep football season has come and gone, and in its wake left a number of interesting storylines as well as a few exciting games.

Let’s take a look at a few observations from Friday’s games.

The Vikings earned their 35th consecutive win dating back to the 2017 season when it won a defensive slugfest on Friday against SouthWest Edgecombe, 24-7.

Tarboro’s defense inside the 10-yard line was the difference as it turned away the Cougars twice from that range without points. To end the first half, SWE had first and goal from the 9-yard line. Three running plays later got the ball to the three, and a final-seconds end zone pass was broken up.

Later, in the third quarter, SWE again had first and goal from the 10, but lost a fumble before the offense could get going. The missed opportunities on offense allowed Tarboro enough time to get its own offense going after it punted on four consecutive drives to open the second half.

“There are things we have to clean up, but defensively it was amazing,” Tarboro coach Jeff Craddock said. “It was a great performance, and to keep going out in the fourth quarter and shutting the door was tremendous.”

The Cougars had been working on an offensive formation specifically with Tarboro in mind. SWE has thrown the ball more often beginning with last season as receiver Keishon Porter emerged as a dangerous downfield threat.

The 2019 version of the Cougars has two 6-foot-4 receivers (including Porter), and another at 6-2. But through the first two weeks, SWE didn’t have more than one receiver split out wide at a time when the Cougars were in their base formation.

That changed on Friday as Jaquan Wilkins, Jaquez Dickens and Porter all got involved in the passing game as the Cougars had two and sometimes all three receivers spit out wide at the same time.

“With the doubles, that was for Tarboro,” SWE coach Jonathan Cobb said. “We game planned that and I thought it was effective. (Tarboro) made up their mind that they weren’t letting KP (Porter) beat them. So I was hoping the other wide receiver would be isolated, and (Dickens) helped us make some plays early.”

Porter was held without a catch in the first half as the Vikings played bracket coverage on the big pass-catcher with a safety helping over the top. That indeed allowed Dickens to have some room, and he caught three passes for 78 yards in the first half.

The two receivers out wide look was something that the Tarboro coaches didn’t see on film during their prep work sessions, and the Vikings had to adjust on the fly.

“Our concern was bracketing (Porter), because on the film they didn’t split anybody else out,” Craddock said. “I saw them go trips on film, but never saw them out of their base offensive formation go wide like that. So when they did that they started to hit those out routes. And all we had was a deep third corner and that quarterback was putting the ball on the money.

“So what we did was take a linebacker out of the box and slid him out to cover the out route. So we had to make an in-game adjustment which led to having seven in the box to stop the run, and we still had (Porter) bracketed. So the defense, that was an adjustment on the fly.”

Northern Nash off to best start in 20 years

With Friday’s 28-22 road win over Bunn, the Knights improved to 4-1 on the season. It is the Knights’ best start since 2002. For context, some Knights players were not yet born when the team last got off to this type of start to a season.

Second-year coach Andrew Farriss said the start reflects how hard his players have worked to overcome self-inflicted mistakes from untimely penalties, as well as deficits. Friday’s win was the Knights’ second come-from-behind win in the second half. The other came in Week 2 against Wilson Beddingfield.

“It is a testament to our kids,” Farriss said. “They continue to fight back when we did everything we could do to put ourselves in a hole. I’m proud of these guys for continuing to fight and when we could’ve rolled over.”

Northern Nash has enjoyed a strong running game, versatile quarterback play and a stout defense throughout the first five weeks. But mistakes have made things tough. On Friday against Bunn, the score was tied 7-7 at halftime and Northern Nash recovered the kick to open the second half which led to a touchdown.

The lead was short-lived as Bunn came back to score, then went up by eight points when the Wildcats took advantage of good field position gained by an errant snap on a Knights punt attempt.

But Northern Nash wasn’t done. Kameron Johnson, the team’s starting quarterback through the first three games, found his way back under center in the fourth quarter and guided the Knights to a comeback win.

“Kam Johnson went back in and was dynamic,” Farriss said. “He did a great job. He bailed us out. We talked about trying to play a complete game, but every time we would get a big play it seemed we would get a hold penalty. That has plagued us this season. It seems like we did everything we could to shoot ourselves in the foot and make it harder on ourselves. ... We felt like we had opportunities to have a convincing win, but we put ourselves behind the 8-ball.”

If Northern Nash is winning while making crucial mistakes, imagine what the Knights can accomplish by playing a clean game.

Southern Nash running back Quinton Cooley has 23 touchdowns this season through five games after Friday’s four touchdown performance to go with 309 rushing yards in a 55-21 win over Greenville Rose.

“He’s had a really good year,” Firebirds coach Brian Foster said. “Quinton is pretty good, and he does it without the ball in his hands, too. He blocks great, and we even put him in on two fourth downs and he had two tackles for loss. He’s just a football player, and hopefully he can stay healthy and finish the year like he’s capable of.”

Aside from his prowess on the field, Foster praised the senior’s attitude as well.

“People like him and he appreciates other people, other teams, and competition,” Foster said. “Everybody knows Quinton, he’s always got a smile, and he likes and appreciates what opponents do.”

While the Firebirds (5-0) have scored 270 points, their defense has been solid, too. That side of the ball was a bigger question mark coming into the season compared with the offense, and Foster is happy with what he’s seen out of that group.

“I’ve been pleased. We’re not perfect by any imagination, but our kids are making more plays and having more confidence,” Foster said. “That’s the thing about defense, once you get your reads you can’t hesitate. Hesitation comes from doubting yourself, so you just play and have fun and believe in what you do.”