Log In Sign Up
You are the owner of this article.
Edit Article Add New Article
You have permission to edit this article.
Edit
News
Opinion
Sports
Features
Obits
Multimedia
Local Events
Jobs
Classifieds
e-Edition
Our Sites
Extras
Share This
1 of 3 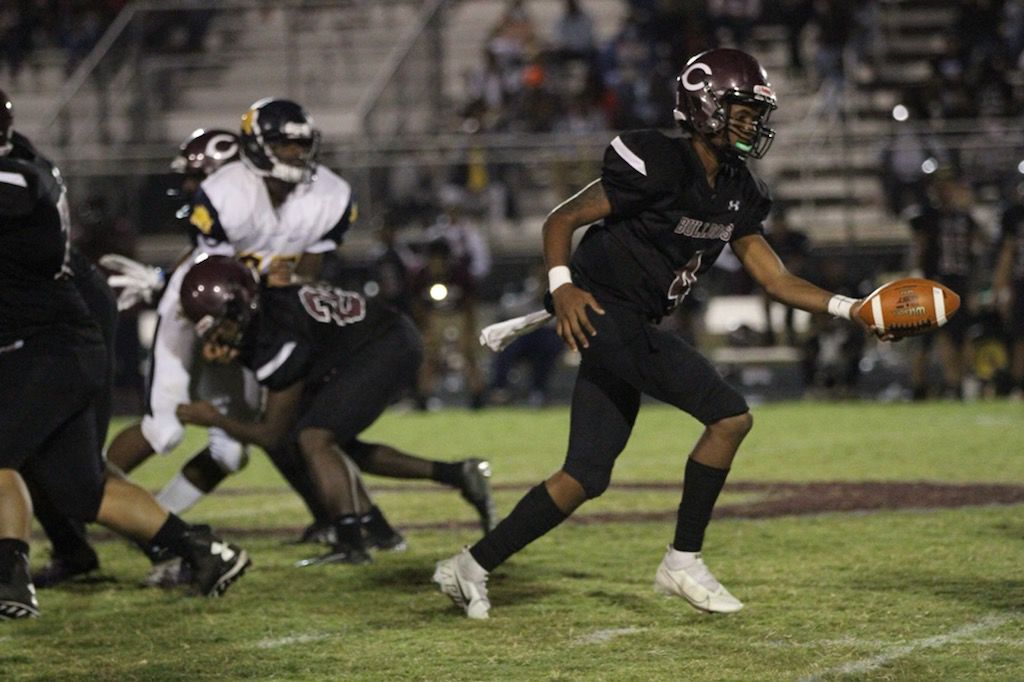 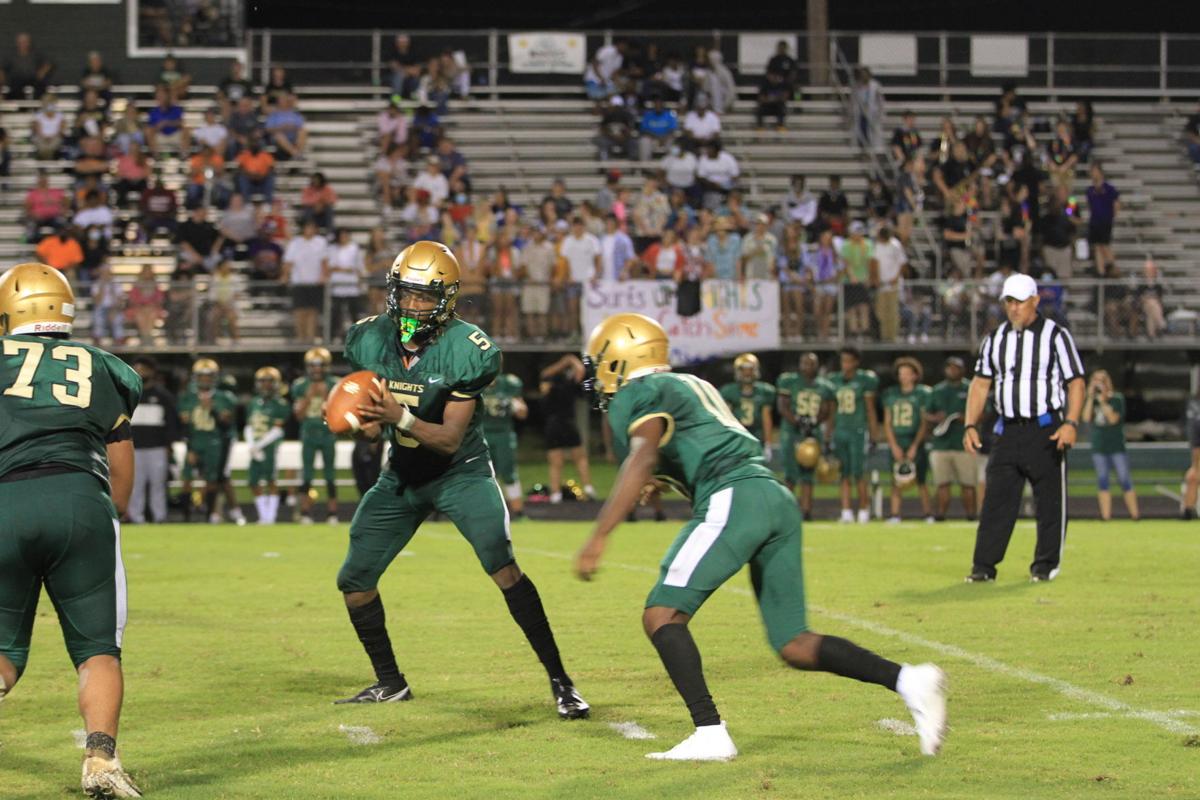 Northern Nash quarterback Keno Jones receives the snap during a Week 1 game against SouthWest Edgecombe. Jones passed for two touchdowns and ran for another in Friday’s 49-6 win over Nash Central. 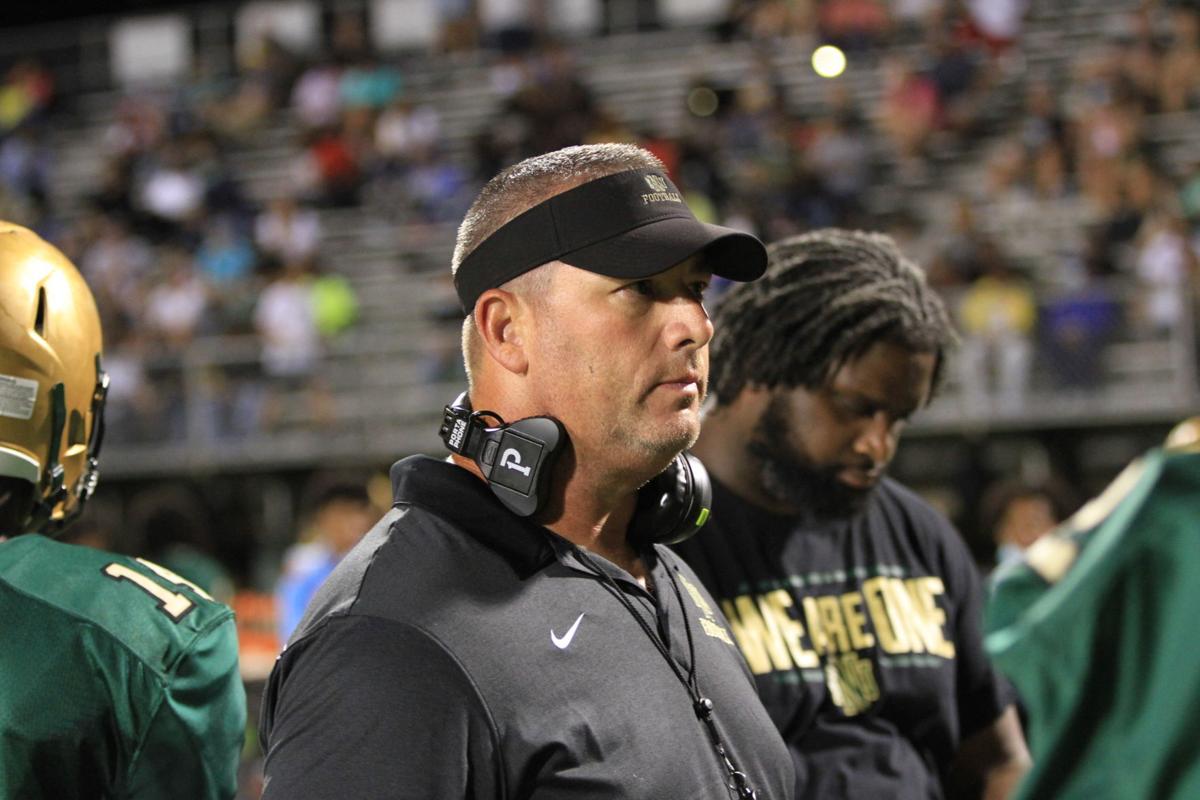 Northern Nash football coach Andrew Farriss looks on during a win over SouthWest Edgecombe this season.

Northern Nash quarterback Keno Jones receives the snap during a Week 1 game against SouthWest Edgecombe. Jones passed for two touchdowns and ran for another in Friday’s 49-6 win over Nash Central.

Northern Nash football coach Andrew Farriss looks on during a win over SouthWest Edgecombe this season.

Offensive plays came in a flurry and the defense created turnovers at a dizzying rate.

The result was a 49-6 win for the Knights over visiting Nash Central during Thursday’s Big East Conference game.

“We were really trying to do that tonight and not give the defense time to adjust,” Northern Nash football coach Andrew Farriss said of his up-tempo offense. “And the fact that we were able to go faster helped slow (Nash Central) down some defensively. … We didn’t want to let them catch their breath.”

The Knights (6-1) scored two touchdowns in the first 3 minutes, 15 seconds of the game, and needed just five plays to score those 14 points with the aid of a defense that forced a pair of turnovers to set up the offense with short fields.

Linebacker Brian Carter picked off Nash Central on the third play of the game to set up the offense at the Bulldogs’ 33-yard line. Running back Rj Loring rushed twice, with the second going for a 28-yard touchdown. On the Bulldogs’ next possession, Knights linebacker Carson Jenkins forced a fumble and the Knights again took over at the Bulldogs’ 33.

This time, Deon Battle picked up five yards on a pair of rushes before quarterback Keno Jones tossed a 28-yard touchdown pass to D’Marius Clark for a 14-0 lead.

Jones found Clark in the middle of the field up the seam on the scoring play, after pulling the ball from his running back and hitting his receiver just after he passed the Nash Central linebackers. It was a quick decision from Jones, which is something that Farriss noted is a strength of his junior quarterback who is playing his first full varsity season at the position.

Jones, who entered the game with a combined 19 touchdowns between passing and rushing, accounted for three more touchdowns in the win. The junior passed for two and rushed for another.

He threw his second touchdown pass of the game on his team’s third possession, this time finding Jayvien Fenner on a 13-yard strike with 11 second remaining in the first quarter after the Knights defense forced a turnover on downs ending a 10-play Nash Central drive.

Northern Nash wasn’t done with its barrage of points in the first half. Cornerback Randall King snagged the first of his two interceptions and, after a 40-yard return, set up the Knights for yet another quick score as running back Deon Battle plowed through the defense for an 11-yard score.

It was the first of two touchdowns for Battle, who later added a 2-yard score in the third to push the Knights lead to 42-0.

Battle finished with 49 yards, while Loring had a game-high 115. Each back was given their own drive, as the Knights were able to keep both seniors fresh. It is a plan that has worked all season for the Knights.

“Every week it’s been a matter of who’s been hot,” Farriss said. “A couple weeks ago Rj got hot against Washington and we couldn’t take him out. Even Deon last week we couldn’t take him out. We really have four quality backs and they have been selfless and that’s the big thing about this team. When you do that and don’t care who gets the credit you can do a lot of good things.”

Nash Central (3-4) still has a chance at winning its portion of the Big East as the Bulldogs will close the season with three games against 2-A opponents. The Bulldogs never quit on Thursday despite the deficit, as running back Justus Staten rushed for 55 yards and a fourth-quarter touchdown.

Staten, the Bulldogs’ go-to rusher, powered in from 1-yard out in the game’s final minute to deny a shutout.