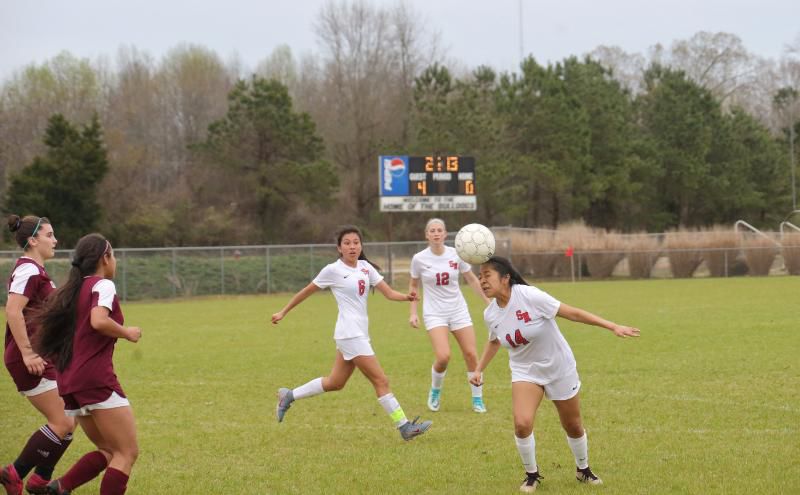 Southern Nash’s Eliza Hernandez heads a ball toward the net during the Firebirds’ match against Nash Central on Friday. Southern Nash won, 4-0, in what was one of the final athletic events until at least April 6. 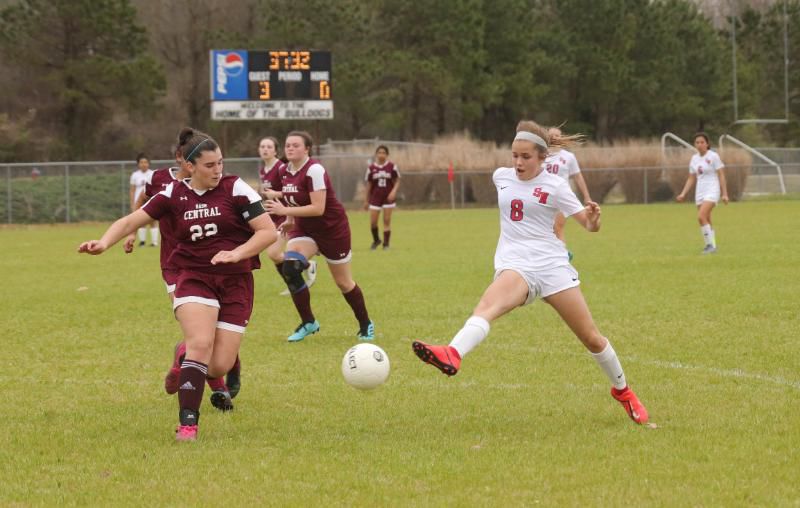 Amber Patterson kicks the ball while Nash Central midfielder Mallory Roughton defends on Friday. Southern Nash won, 4-0, in what was one of the final athletic events until at least April 6.

Southern Nash’s Eliza Hernandez heads a ball toward the net during the Firebirds’ match against Nash Central on Friday. Southern Nash won, 4-0, in what was one of the final athletic events until at least April 6.

Amber Patterson kicks the ball while Nash Central midfielder Mallory Roughton defends on Friday. Southern Nash won, 4-0, in what was one of the final athletic events until at least April 6.

That was the question on the minds of many when the NCHSAA on Thursday announced its decision to suspend all athletic events beginning at 11:59 p.m. on Friday due to the growing spread of the coronavirus.

Until then, sporting events, as well as anything related to after-school athletics, are suspended. That directive includes any teams not in season like football or volleyball with hopes of watching film or working out.

NCHSAA commissioner Que Tucker spoke with the media as part of a teleconference on Friday afternoon, and offered an opening statement regarding Thursday’s decision before taking questions about what the rest of the season might look like.

“(Thursday’s) events and decision was uncharted territory for much of the athletic world,” Tucker said, “and the NCHSAA was no exception in that regard.”

Tucker spoke for nearly 45 minutes on a wide range of concerns. Here are the highlights.

When asked why the board of directors decided to suspend athletics at 11:59 p.m. on Friday and not on Thursday when the decision was made, Tucker said that the thinking was to allow time for coaches and athletes to process the information.

How they balanced that decision with safety, Tucker didn’t elaborate.

“We felt it best that at this time we leave the option for our coaches and administrators to provide the athletes competing an opportunity to complete anything planned,” Tucker said. “... We understand the difficulty facing many programs, and this provides opportunities for coaches to meet with teams and get in a final workout, or to help the young people with the situation we’re facing, and to give them the opportunity to cope with the uncertainty we are all dealing with.”

Tucker, on the decision to suspend all practices and after-school athletic gatherings, something private-school counterpart NCISAA did not do:

“We decided not to go that way. It started with the idea to leave that decision to individual schools, but the board of directors recommended that we should make that call,” Tucker said. “We were concerned that there were some that would shut down all activities, and some wouldn’t. Say the band, (drama) or choir would all be suspended for travel, but maybe baseball might still practice. So we got to a point where we had to go all in with this.

“We made a decision to stop it all, and it provides equality across the state, so one school system isn’t doing one thing and another that’s allowing another. Maybe another would come up with a hybrid idea. We didn’t want that.”

Tucker, on what her conversations have been like with athletic directors across the state:

“They’re expressing disappointment and frustration. Some are trying to see if there’s a way to waive skill development rules (think film studying) and it’s those types of questions they have,” Tucker said. “But from the concept of understanding the gravity of the situation, I think our AD’s have been great. They understand that this is not something the NCHSAA would do lightly. This is serious, it’s about the health of individuals, and they understand that. Still, I understand their concerns, especially for those seniors.”

Tucker went on to say that the April 6 date is fluid, and ever-changing.