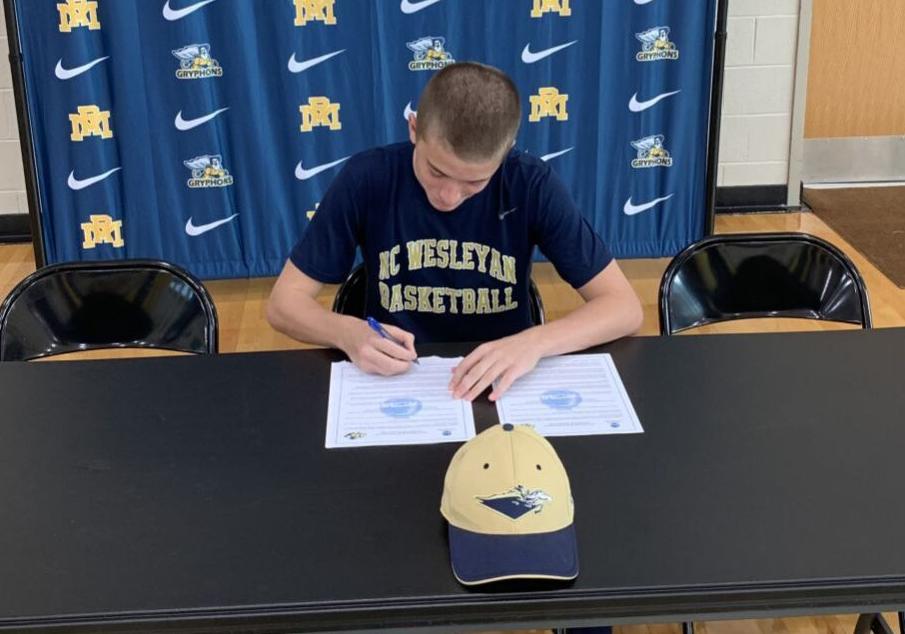 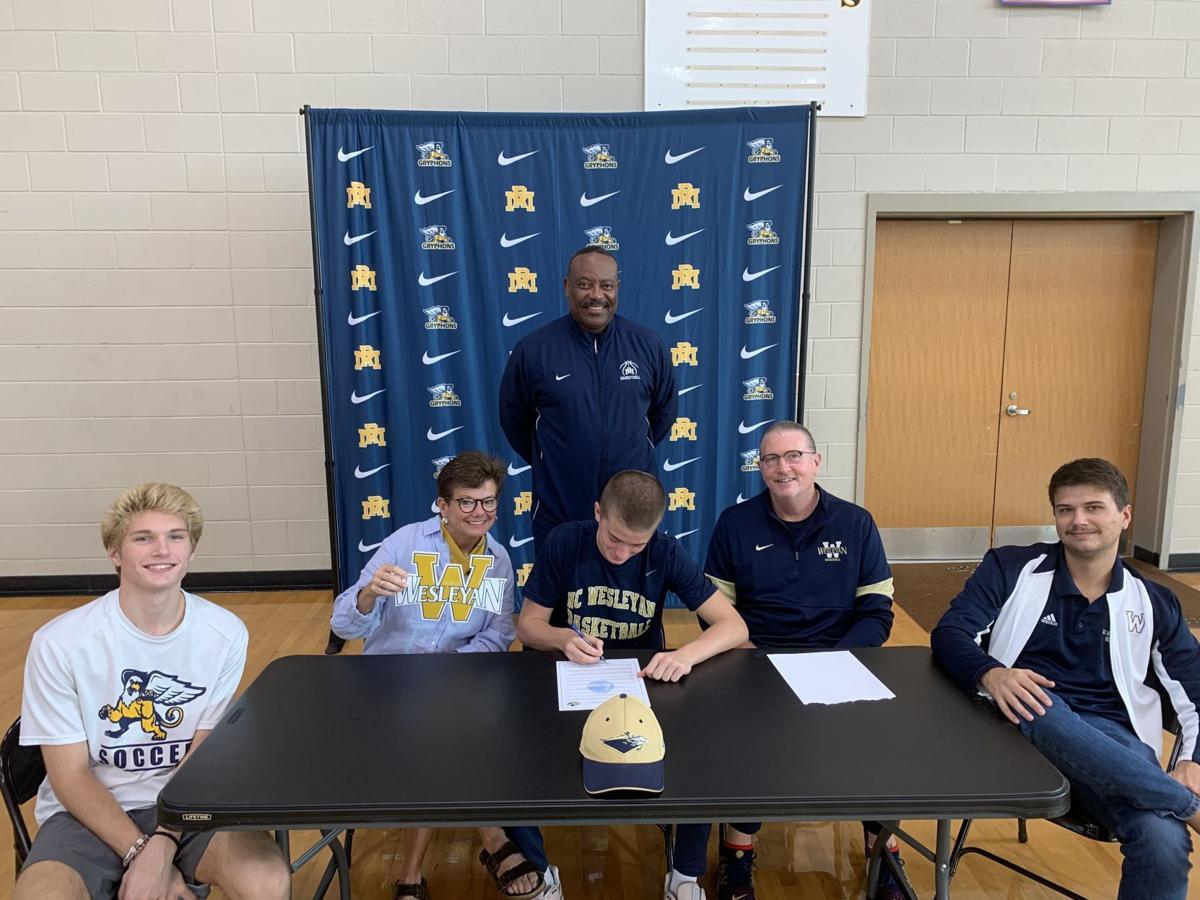 The solid line that was supposed to mark the space for Jackson Thompson’s name sat empty for two weeks.

The Rocky Mount High senior committed to play basketball at N.C. Wesleyan College on Oct. 1. On Thursday in the Gryphons empty gym, Thompson signed his letter of intent and made his decision final.

“I remember coming in here for my first summer workout like it was yesterday,” Thompson said of his high school basketball career. “Now it feels like it flew by. It’s a relief to have this figured out and being able to go into my last season, if we have one, with a clear mind is huge.”

Thompson is the son of N.C. Wesleyan men’s basketball coach John Thompson. The 2021-22 season will be the first time that Thompson will coach his son in a traditional sense. The two have only worked together in a couple camps and at home.

“It’s exciting and unchartered territory for all of us,” Coach Thompson said. “I coached him in some camp situations and then coached him one summer in a league at the YMCA when he was in 7th grade. So this will be a little bit different.”

As for Jackson, he knows that the spotlight will be on him. And that spotlight is in the form of scrutiny and expectations.

It’s going to be a change, though. Me and my family sit behind the bench every game so to be able to be on the court and change my perspective and actually play will be fun.”

Jackson was the deep threat on the perimeter for the Gryphons. As a junior last season the 6-foot-2 wing attempted a team-high 165 3-pointers. He made 62 of them for a team-best percentage from deep of 38 percent. Only one other player for RMH attempted more than 64 3s, as freshman Jamal Townsend attempted 113.

Also, Jackson’s 62 made 3-pointers were the most among Big East Conference players last season. He also led the conference in free-throw percentage by making 87 percent of his foul shots.

His shooting success can be traced back to his starting points in the game. Before he hit a growth spurt and shot up past 6-feet tall, Jackson figured the best way for him to score points wouldn’t be from in the lane and under the basket.

“I’ve always been the smallest guy on the court. I’ve grown a lot, but when I came in here I was about 5-foot-4 and now I’m 6-2,” Jackson said. “So I was always scared of playing inside so I stayed around the perimeter and developed a shot. I put a lot of work into that and it’s become the forte of my game.”

Jackson plans to study organizational administration with a focus on leadership. He has aspirations of becoming a college basketball coach.

“When my basketball playing career is over I look forward to being a coach,” Jackson said. “I want to be a coach at the college level.”

Jackson Thompson attempted a team-high 165 3-pointers last season as a junior. The last time a Rocky Mount High player attempted at least that many 3s in a season was in 2015-16 when then-senior Emmanuel Spruill attempted 183.