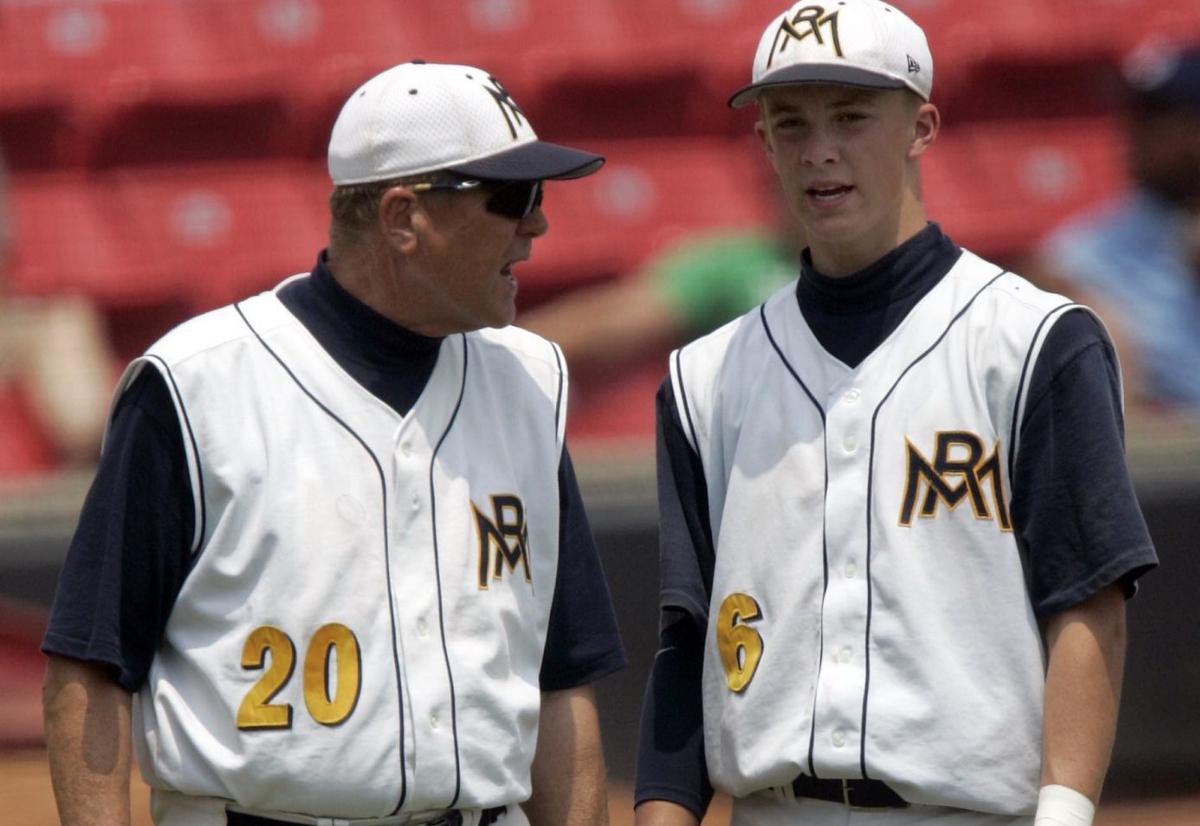 Rocky Mount High baseball coach Pat Smith, left, talks with third baseman Collins Cuthrell during a pitching change in the sixth inning of the game against East Rowan Saturday, May 31, 2008, during game two of the 3-A state championship series at Five County Stadium in Zebulon. Cuthrell was hired as the Gryphons new varsity baseball coach. 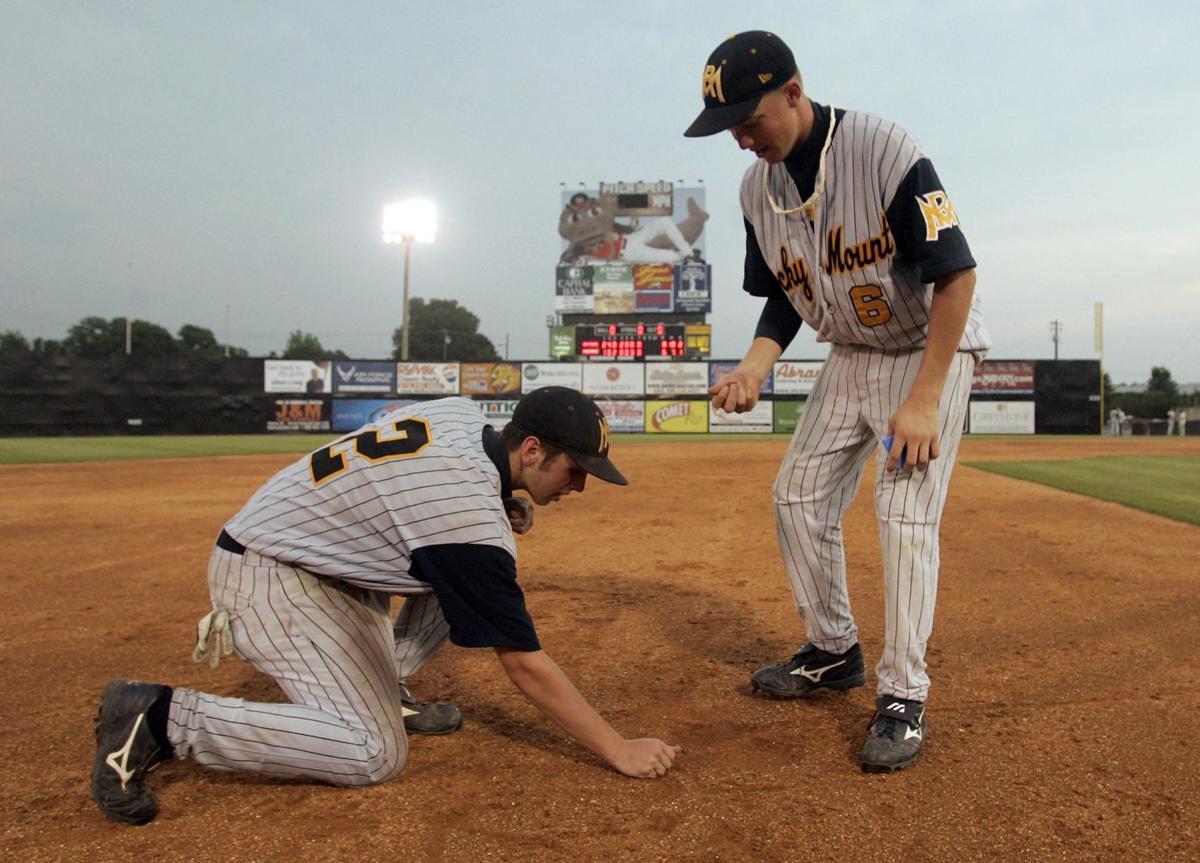 Rocky Mount High baseball coach Pat Smith, left, talks with third baseman Collins Cuthrell during a pitching change in the sixth inning of the game against East Rowan Saturday, May 31, 2008, during game two of the 3-A state championship series at Five County Stadium in Zebulon. Cuthrell was hired as the Gryphons new varsity baseball coach.

Now, he will try to guide the Gryphons to a title in another role. Cuthrell will take over as the Gryphons head varsity baseball coach, a position that was recently vacated by Carter Varnell, who accepted a position as the SouthWest Edgecombe football coach.

Cuthrell was an infielder on the Gryphons 3-A state championship in 2008 that defeated East Rowan in three games. He said that he hopes to bring that same excitement to his teams that he felt as a player.

“I am really excited for this because it brings me back home,” Cuthrell said. “I played here and it was a good time for me and that’s what I want to bring. Coaching baseball is fun, and it’s been something I have been doing since I stopped playing.

“I want to bring that same excitement and bring that same joy I had as a player and have as a coach to the players here now. Hopefully we can get the community involved and do some good things.”

The 2020-21 season was Cuthrell’s sixth as an assistant baseball coach with UNC Pembroke. As part of the Braves coaching staff, Cuthrell was involved in trying to recruit RMH senior pitcher Evan Hart, who recently signed with N.C. A&T.

Following his high school playing career, Cuthrell spent three years as a starter at Barton College where he was a two-time All-Conference selection. He was also named a preseason All-American selection ahead of the 2013 season.

A broken wrist kept Cuthrell out of all but six games of his senior year at Barton, yet he was able to play his remaining year of eligibility at UNC Pembroke the following season.

There, he earned Peach Belt Conference Player of the Year honors in 2015 after winning the conference’s Triple Crown with the league lead in batting average (.438), a school-record 25 home runs and 75 RBIs.

At UNC Pembroke, Cuthrell earned his master’s degree in sports administration and graduated in 2016.

“I wanted to get into college coaching and went to Pembroke to get my master’s degree,” Cuthrell said. “I was fortunate enough that I was able to play, coach and work around that school schedule. I learned a lot.”

Cuthrell’s been busy since graduating RMH in 2010. He helped out during one season of Gryphons baseball, played in the independent professional baseball’s Frontier League, and coached at Pembroke for the past six years.

When Varnell — who was also on that 2008 championship team — left for SWE, Cuthrell said that Battle reached out to gauge interest. The idea of returning to his former high school appealed to Cuthrell, but he never gave it too much thought before.

The opportunity was right, however, and he jumped at the chance.

“I’m working to get everything situated and taken care of but with everything being online I haven’t talked to the players yet,” Cuthrell said. “But I am itching to meet with them and get everything going and get to practicing.”