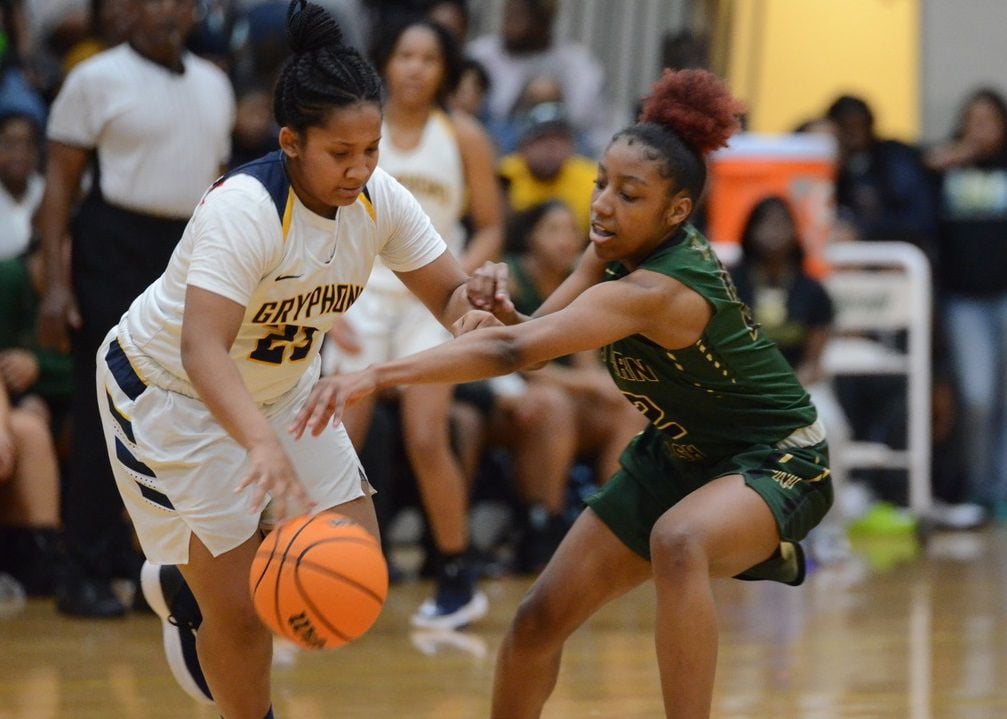 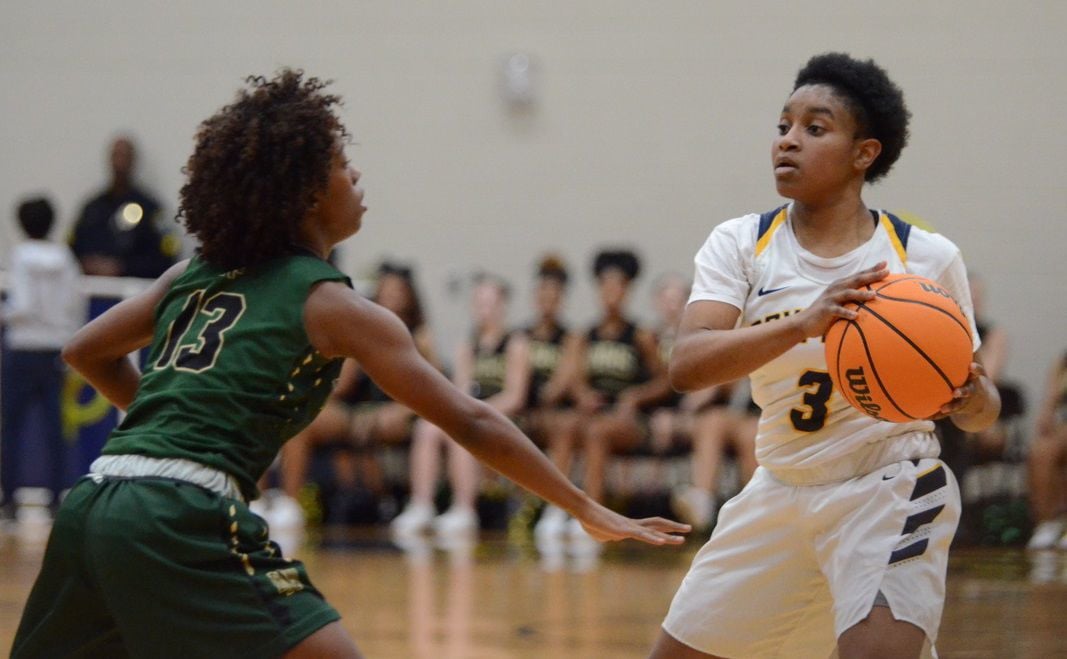 Despite Northern Nash’s 44-32 loss to host Rocky Mount High on Friday, the Knights still boast the best defense in the Big East Conference.

Even after allowing 44 points, the Knights are still the only team in the conference to allow fewer than 600 points so far this season. And it took every bit of that hounding defensive effort to make it tough on a Gryphons team that was able to pull away in the fourth quarter to quiet the Northern Nash comeback attempt.

The victory extended RMH’s winning streak to 14 consecutive games. The Gryphons’ last loss came on Dec. 5 — the fourth game of the season — as they got out to a 1-3 start. Since then, RMH (15-3, 5-0) has been a juggernaut. The Gryphons are the highest scoring team in the conference, and they entered Friday’s game as the lone team to score more than 800 points.

The winning streak has them off to their best start since the 2016-17 season, which saw a run to the fourth round of the Class 3-A playoffs behind a 22-4 record. This season’s version is pointed in that direction, and the Pam Gainey-coached team has done so by navigating the growing pains that come with a young roster.

Three of the five Gryphons starters are freshmen — Caroline Thiel, Nyla Powell and Maddison Mitchell — and all scored at least five points on Friday. Alexis Moore is the lone senior starter, with junior Raina Bulluck rounding out the starting five.

Thiel, a 5-foot-11 forward who led all scorers with 17 points on Friday, has been a problem for opponents all season. She entered the game averaging a double-double in points (15.2) and rebounds (11.1). Moore, who made two 3s and finished with seven points, is the other RMH player to average double figures in scoring at 10.5 points per game.

Thiel showed off the many aspects to her game in the first half. She made a right-handed layup for RMH’s first basket, then later scored through contact on a left-handed layup that drew a foul shot. In the second quarter, Thiel calmly stroked a 3-pointer as the Gryphons attacked from the perimeter.

Northern Nash coach Grover Battle, who will have to contend with Thiel for the next three years, was impressed by the way she dictated the game in the halfcourt.

“The Thiel girl in the frontcourt steps it up a bit,” Battle said. “She plays harder, and she made some good blocks and some layups. That hurt us quite a bit right there. She’s pretty tough.”

Thiel went on to close the fourth quarter with nine points as part of a 15-0 run by the Gryphons.

Northern Nash, meanwhile, had its three-game winning streak snapped with the loss.

The guard-heavy team plays press defenses often and aggressively jumps passing lanes. The Knights forced 25 Gryphons turnovers, including seven in a third quarter that saw RMH make just two shots — both were 3-pointers from Moore — as Northern Nash climbed back from an early deficit.

The Knights couldn’t take advantage of a handful of turnovers as missed shots and turnovers of their own mounted. They didn’t make a basket in the second quarter, and didn’t score their first points of the quarter until 2:07 remained in the first half as Jadaysia Hedgepeth made two free throws. Northern Nash would get one more free throw apiece from Myshonti Dickens and Shania Taylor before the end of the quarter.

“Defensively we have been doing pretty good,” Battle said. “We just didn’t finish the steals and offensive rebounds that we got. We didn’t score our putbacks.”

The scoring drought didn’t survive halftime as Kanasia Arrington made two 3-pointers and added another basket as she scored eight of the Knights’ 15 third-quarter points to cut the deficit to 28-26 heading into the fourth.

Indyia Spooner made a jumper to open the fourth and the score at 28-28, but Northern Nash couldn’t keep pace. The Gryphons went on a 15-0 run, while the Knights didn’t score again until Kristian Johnson’s layup with 2:55 remaining.

“We were right there in the game when the score was tied up at 28-28, then we had (four) straight turnovers and that took us out of the game a little bit,” Battle said. “Then (RMH) hit some shots and felt confident, and we started throwing the ball up. We were chasing and trying to catch up and that hurt us right there.”

Arrington and Johnson each scored eight points for the Knights, while Taylor finished with five.

The teams meet again on Feb. 14 at Northern Nash in the final game of the regular season.

The Gryphons used a comeback run in the second half to defeat the visiting Knights.

Northern Nash, meanwhile, had its three-game winning streak snapped and falls to 15-4, 3-2.