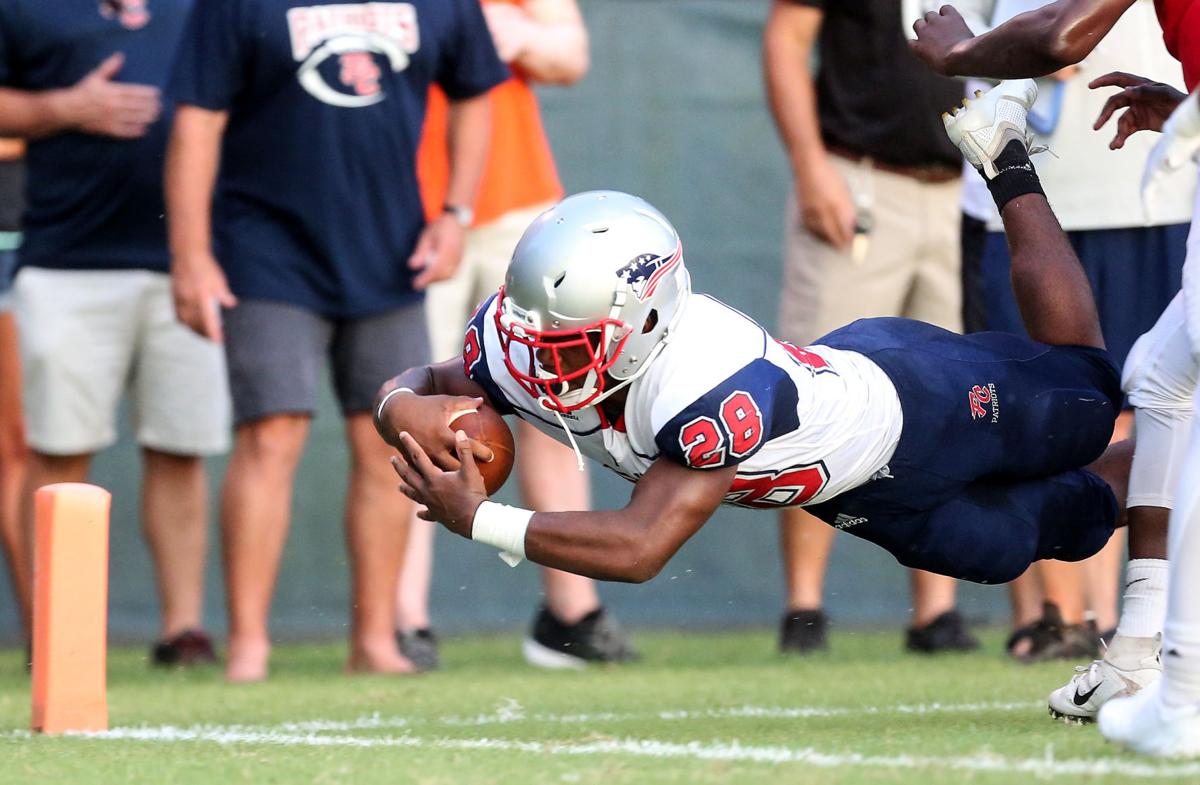 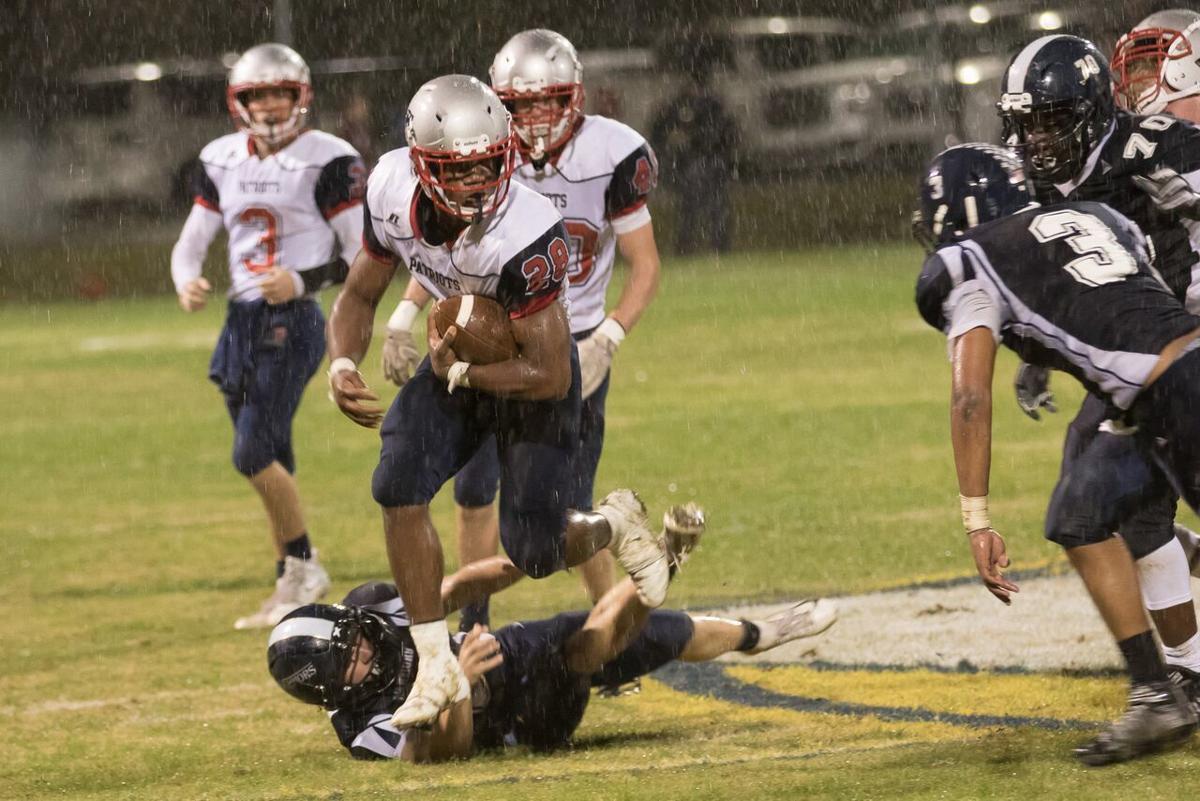 Faith Christian School’s Shaikey Hardy runs the ball during the Patriots’ win over Raleigh St. David’s in the state championship game in 2018. Hardy had 293 rushing yards and five touchdowns in last week’s loss.

Faith Christian School’s Shaikey Hardy runs the ball during the Patriots’ win over Raleigh St. David’s in the state championship game in 2018. Hardy had 293 rushing yards and five touchdowns in last week’s loss.

Back and forth they went. The offensive players in full football pads ran from one formation to another as coaches barked out plays. The goal was recognition and speed.

The sounds of helmets scraping against other helmets, and the click-clack of the colliding shoulder pads might as well have been echoes from long-lost summer camp workouts. Yet here was the Faith Christian School football team tucked away in back of campus in the middle of Game Week preparations.

The Patriots (0-1) will host Raleigh Grace Christian (0-1) at 7 p.m. on Friday in what will be the second game of the season for both teams. FCS is coming off a 52-42 loss to Greenville John Paul Catholic.

“I was concerned with our conditioning because we missed some practice time leading up to the game,” Patriots coach Russell Weinstein said. “Some things we did well and there were some things that we need to clean up. We’re trying to fix those things and that’s where we’re at right now.”

FCS missed a game early in the season and also had chunks of practices ahead of last week’s game wiped out due to virus contact tracing.

“It’s been a lot of stop and restart and stop and restart,” Weinstein said. “Whenever we have a kid or someone in their family that tests positive, that affects the team and different members based on contact tracing. This thing could end at any time, so we try to be as careful as possible.”

Conditioning was a factor throughout the first game, yet a different problem arose ahead of Game 2 as fixing on-field issues has an added layer of difficulty this season as teams navigate safety precautions.

The COVID-19 response has forced the coaching staff to find new delivery methods for coaching. Weinstein said that indoor team meetings have been scrapped and locker room space is limited to just a handful of players at a time. Implementing game plans and dissecting film, too, has changed as players are trusted to consume film on their own time.

“Thank goodness for Hudl,” Weinstein said of the game-film and highlight-viewing service.

What that autonomy could mean for the Patriots is that a question about a formation or a play might not be answered until the next day on the field.

“It’s been difficult at times is the best way to put it. It feels different now playing than it did before,” Weinstein said. “We try to give them as much info as we can at practice, we try to teach techniques and the skills necessary, and we’re trying to teach on the field a lot of what would have been done on a whiteboard or in film study.”

The Patriots are looking to move to 1-1, and will likely rely on running back Shaikey Hardy to do so. The senior had a huge game in the season opener when he rushed for five touchdowns and ran for 293 yards on 20 carries.

Quarterback Chandler Cockrell threw for 76 yards and completed 5 of 9 passes. Hardy was the top target in the passing game, catching a team-high three passes for 50 yards.

“The kids’ attitudes have been great and they have made the adjustments,” Weinstein said. “At least they’re getting a chance to play, especially the seniors.”

Note: Fans are limited to two parent/guardians of senior athletes only for the host school.