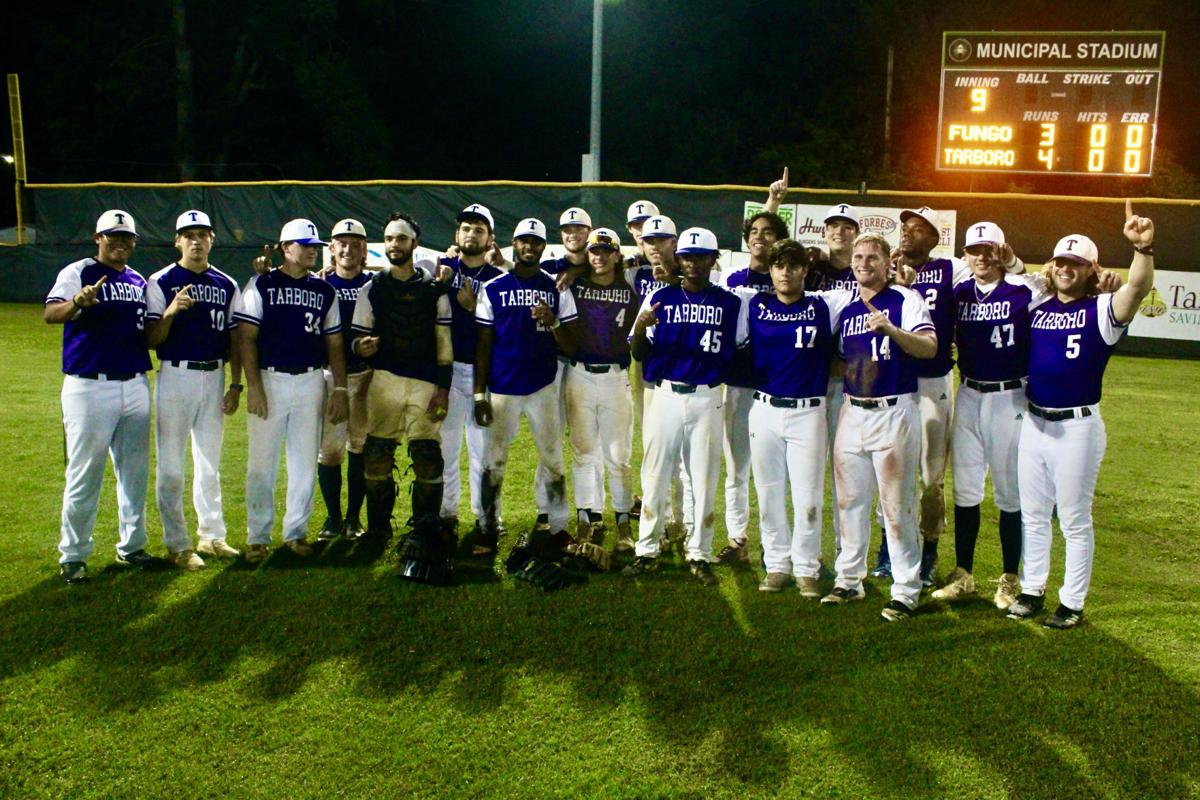 The Tarboro River Bandits gather for a championship photo after defeating Wake Forest for the Premier Collegiate League championship. 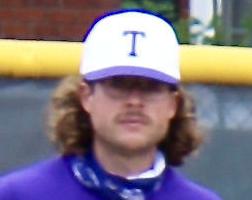 The Tarboro River Bandits, winners of league championships in each of their first two years, will return for a third season at Municipal Stadium next summer.

And it will be a season that features the team’s most aggressive promotional schedule to date, headlined by Jim Quick & The Coastline Band for a June 5 Fan Appreciation Night.

Team owner Wayne Turnage told the Telegram that manager Vince Fondacaro will return for a second year and that he and his wife Susan are excited at the fan support that built throughout the 2021 campaign.

The River Bandits beat the Greenbrier Knights for the East Division title in the Premier Collegiate League before beating the Wake Forest Fungo to win the league title.

The Bandits will compete again in the Premier Collegiate League but will be joined this season by Edenton and Greenbrier along with three additional teams from Virginia, the Suffolk Voyagers, Virginia Beach Sea Dogs and Norfolk Redbirds.

And while Turnage is concentrating on putting together the strongest team possible, Turnage is also keeping an eye on developments in Greenville, where the city council has committed to using at least $10 million in COVID-19 relief funds to upgrade Guy Smith Stadium in hopes of landing a Coastal Plain League franchise.

Turnage told a group of fans talking baseball at the River Bandits tent during the Hometown Homecoming event last month that should Greenville be successful, it would be more difficult for the Bandits to compete for players.

“A lot of improvements have been made at Municipal Stadium, but there are some other things I would like to see,” Turnage told the group.

He said he was hopeful the dirt area in front of the concession stand could be hard-surfaced to allow for more secure footing and that he would like to add box seats along the chain-link fence and between the dugout and bullpen.

He also said he was hopeful a warning track could be added around the outfield fence so that fielders chasing fly balls would be better able to gauge the distance to the fence.

“That would be beneficial to everyone who uses the field, and we’ve got to be concerned about player safety,” he said.

He noted that the drainage system installed before the 2020 season has made a measurable difference in field conditions.

“It works. I’ve been out there with a good downpour and 45 minutes later, it’s a playable surface,” he said, “but we still have two or three places where the water still stands every time we have any rain.”

In addition to the River Bandits, Municipal Stadium is also used by Tarboro High School as well as serving as a host facility for youth travel ball tournaments.

Turnage also is starting the effort to get host families for the team. Last summer, four players wound up staying in a dorm at N.C. Wesleyan because of a lack of host families.

The River Bandits will hold a Host Family Information Night from 5-7 p.m. on Nov. 18 at the Tarboro Coffee House.

Anyone interested in being a host family for one of the River Bandit players for the 2022 season is encouraged to attend this event. People willing to host a player should email their contact information to tarriverbandits@gmail.com or call Susan Turnage at 252-531-8560.