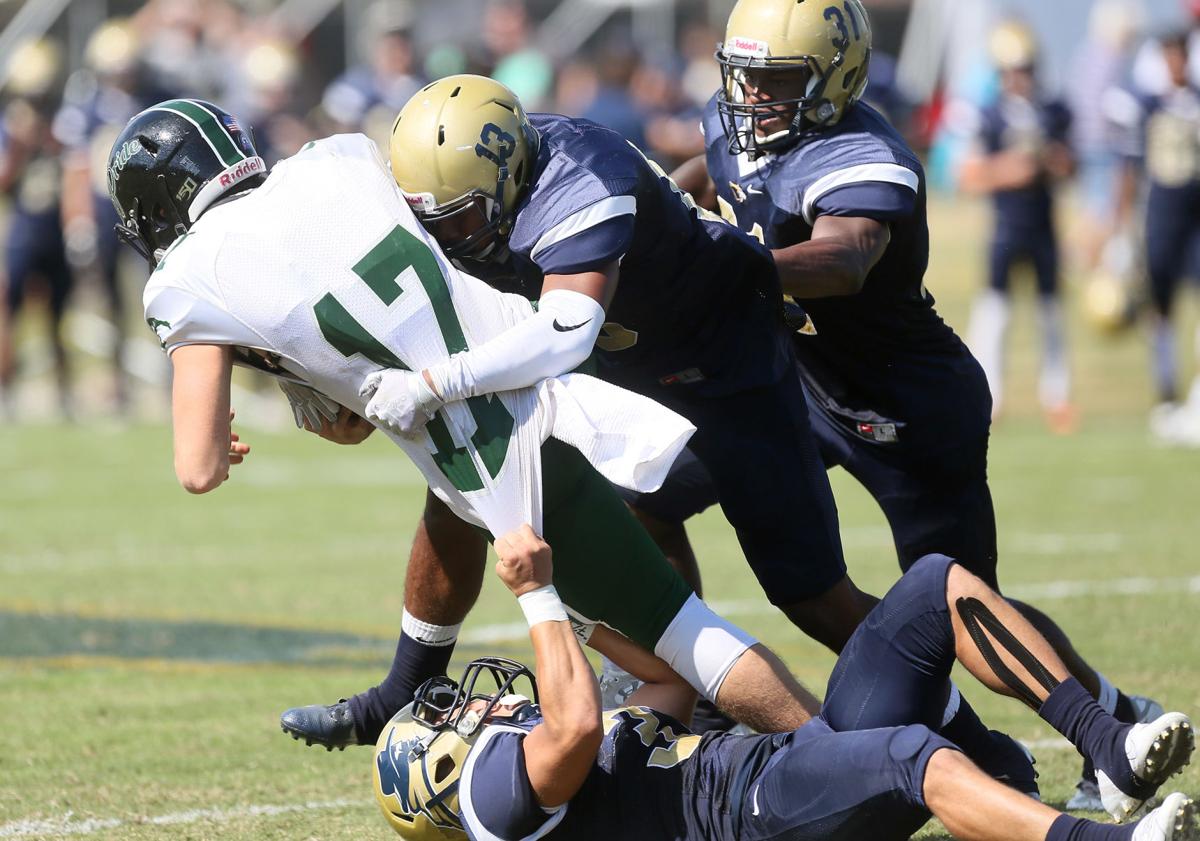 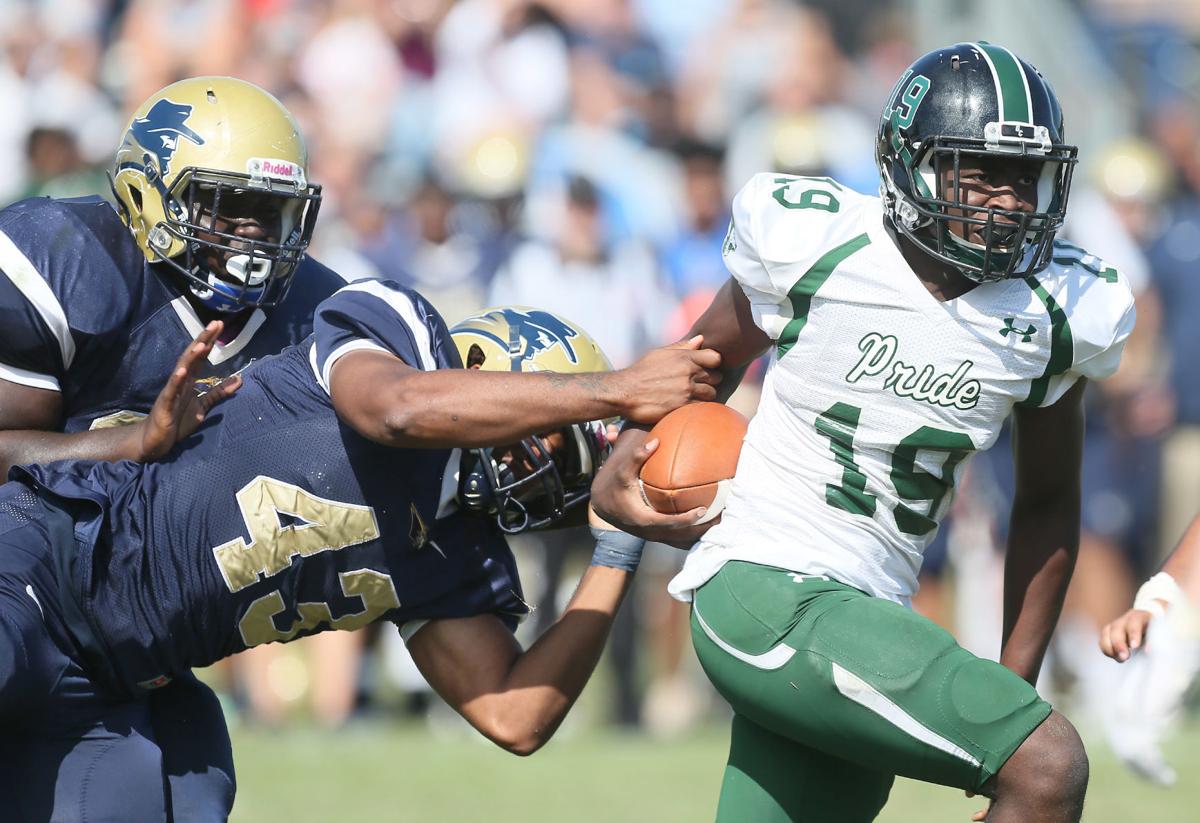 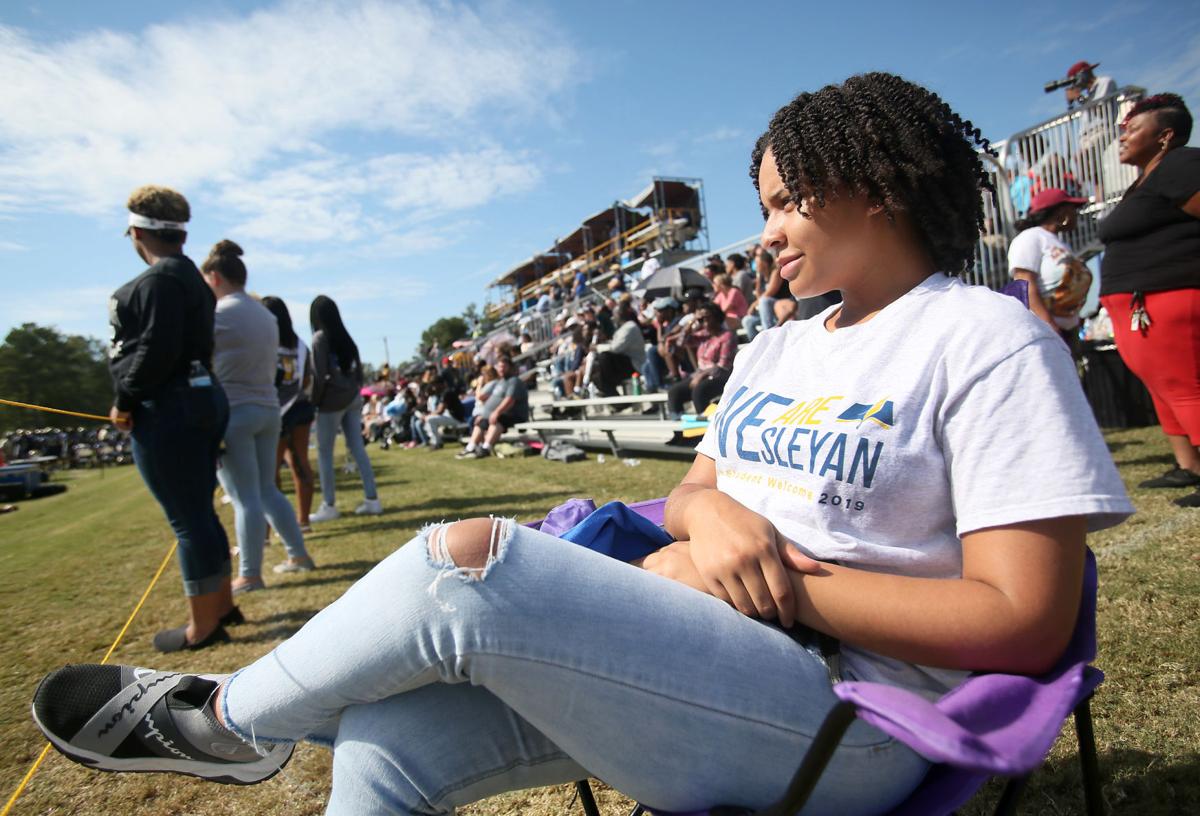 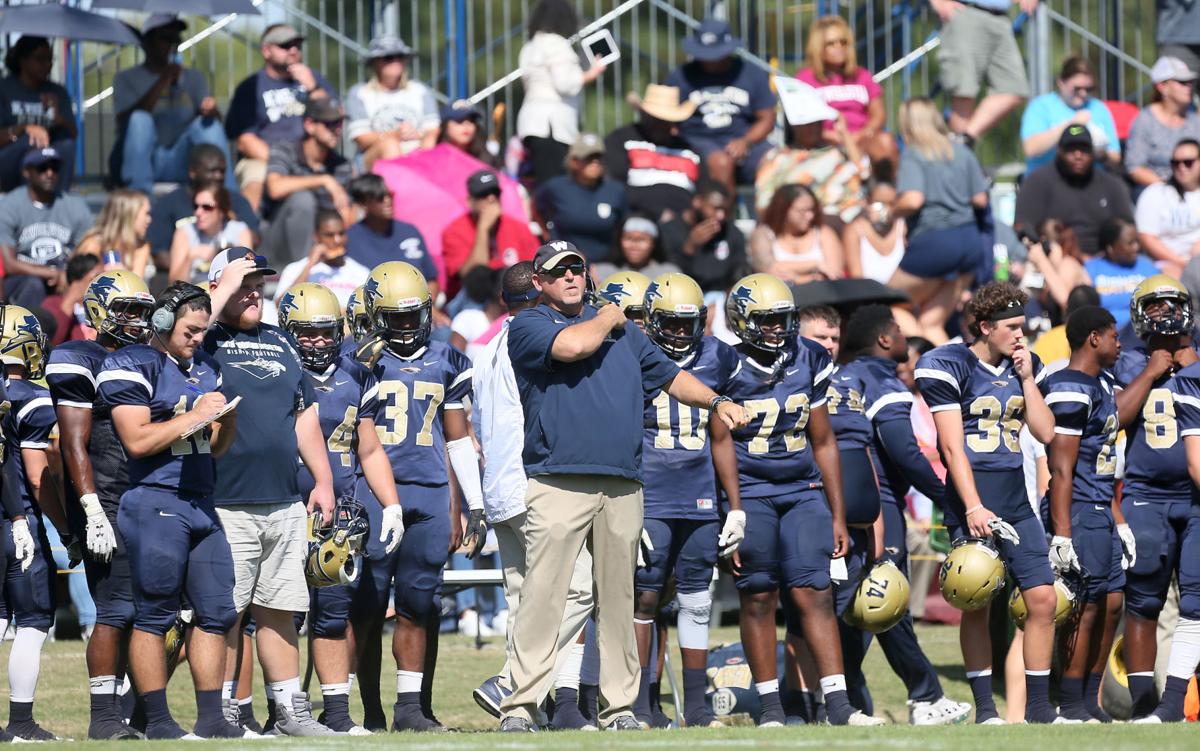 Antonio Johnson was prophetic in his words this week leading up to N.C. Wesleyan’s first football game to be played on the college’s campus.

Johnson was talking about NCWC competing for a USA South Conference title. On Saturday, playing in the first true home game on campus in program history, the Bishops moved to 2-0 in conference play with a 44-7 win over Greensboro College.

The Bishops (3-2, 2-0) got two defensive touchdowns in the first half as they built a 30-0 lead before Greensboro found the end zone. Kevin Alford opened the scoring with a 15-yard fumble recovery for a touchdown, while Eddie Graham’s 40-yard interception return for a touchdown put the Bishops up 30-0 with 5:54 left to play in the second quarter.

Greensboro (1-4, 0-2) scored its only points with 3:25 left in the second quarter on a 19-yard rushing touchdown. It was a rare success for the Greensboro offense which was held to 144 total yards of offense.

The 29 rushing yards was the fewest allowed by the Bishops all season.

Jeff Black scored NCWC’s lone rushing touchdown, a 3-yard run to cap the scoring at 44-7 with 12:32 left in the third quarter.

The Bishops have now won two consecutive games, with their most recent loss coming against Division I Stetson. NCWC led 14-0 in that game before ultimately falling 55-21 on Sept. 28.

Even in the loss, jumping out to an early lead against a D-I squad helped the Bishops gain confidence heading into their conference season. It was a culmination of the offense gelling for the first time this season, and also showed that this can be a successful iteration of the Bishops.

“After playing Stetson, it really helped us pick up our speed and gain our confidence because we started out real strong,” said Johnson, who has a USA South player of the week award to his name this season. “It gave us a lot of confidence going into conference and the competition really helped us develop for our conference games. We just have to keep our pace.”

Totten, too, said that the win boosted the roster and validated the work they had put in this season. It was a loss that sparked a revival in the team’s focus.

“It gave us more confidence in our abilities and it showed us that we can do good and win ball games even in a loss as long as we try as hard,” Totten said.

With the win on Saturday, NCWC is one of three unbeaten teams in conference play along with Averett and Huntingdon. The Bishops continue USA South play next week with a game at Averett.