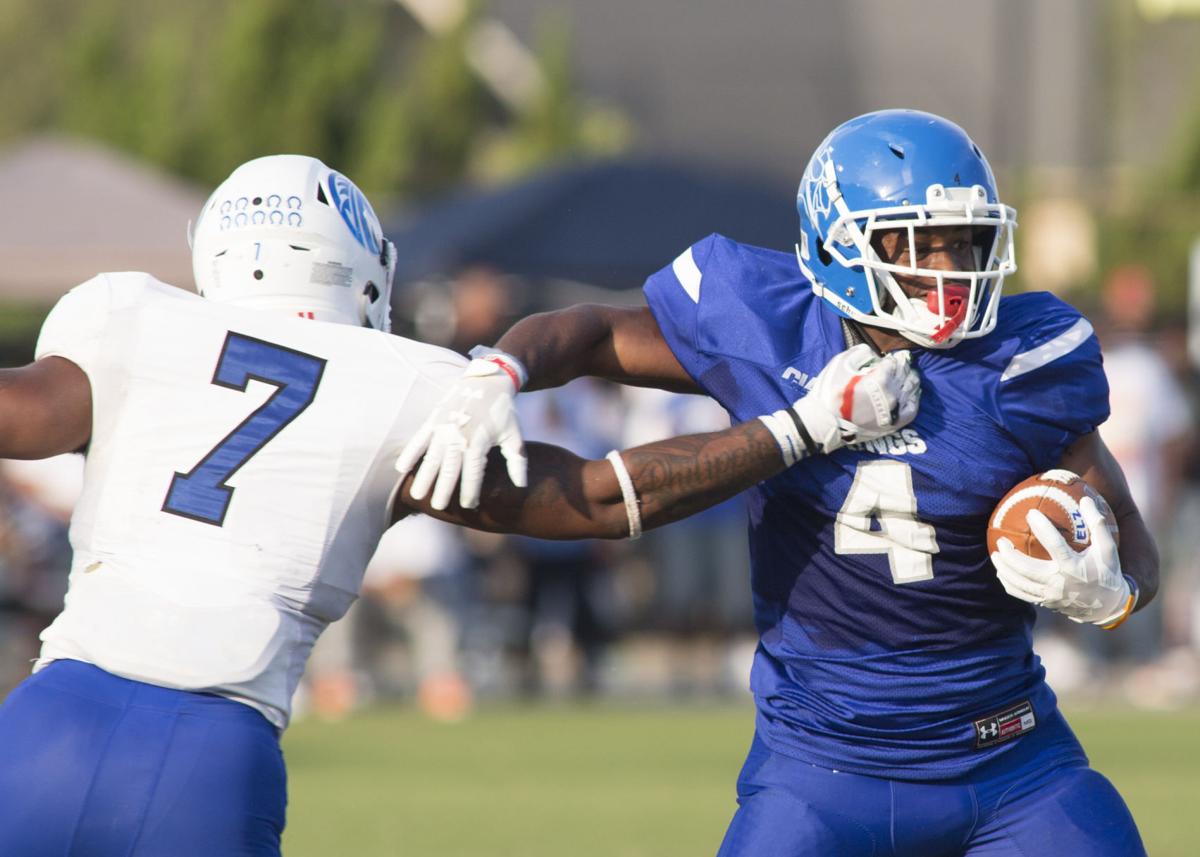 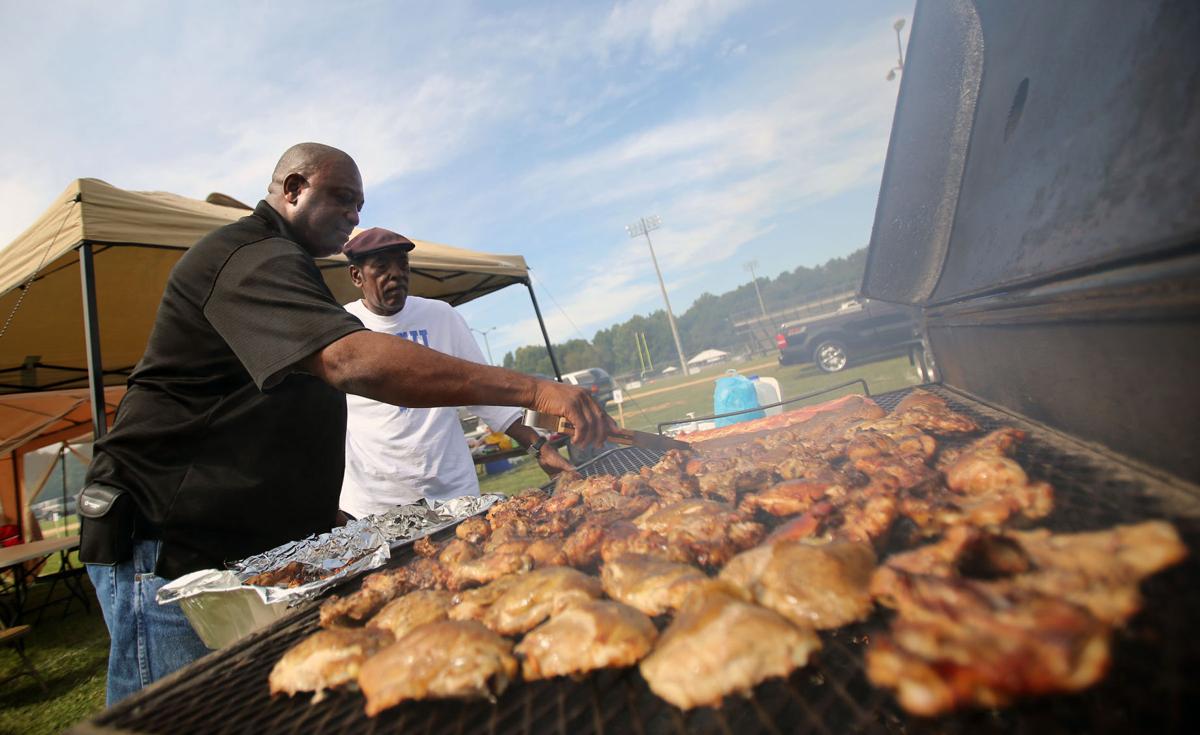 Darrell Brown, left, and Jimmy Brown grill chicken while tailgating before the start of the 2014 Down East Viking Football Classic at the Rocky Mount Sports Complex.

Darrell Brown, left, and Jimmy Brown grill chicken while tailgating before the start of the 2014 Down East Viking Football Classic at the Rocky Mount Sports Complex.

Greg Brooks was a redshirt freshman on the Fayetteville State University football team when he first learned of the Down East Vikings Football Classic.

An annual football game hosted by Elizabeth City State University now preparing for its 24th installment, the DEVFC will be held on Sept. 4 at the Rocky Mount Sports Complex when the Vikings host the Broncos.

FSU, a Central Intercollegiate Athletic Association member, is a common opponent for the Vikings. So when Broncos coach Richard Hayes Jr. spoke to his team in preparation for the Classic in 2017, he stressed that it would be unlike any other game on the schedule.

“Coach Hayes told us during my redshirt freshman year about the game,” Brooks said on Monday. “He told us how the stadium is, and that you can imagine how it will be, how the stadium looks and how the atmosphere feels, but it won’t set in until you pull up and see it for yourself.”

Brooks, an offensive lineman for the Broncos, remembered seeing the sea of tent canopies from the window of the team bus, and remembered the smoke swirling upward from the grills brought in by tailgaters.

“When you think about the atmosphere,” said Brooks, who will be playing in his third DEVFC, “this game is like the closest you’ll get to the CIAA championship.”

On Monday, athletic directors, athletes and head coaches from both programs attended and spoke about the Classic at a press conference held at Rocky Mount’s City Hall. This will be the 24th annual Classic, which has been canceled just three times in its history.

Mayor Sandy Roberson began Monday’s event by welcoming the return of the DEVFC’s 24th year. He said that the city expects 10,000 fans over the two-day event, which includes a golf classic held at Belmont Lake Golf Club and an athletics banquet on Sept. 3, followed by the football game and a day of food and tailgating on Sept. 4.

ECSU coach Anthony Jones, who took over the program ahead of the 2018 season, will be coaching in his second Classic. Jones has been part of two cancelations, and is eager to put a solid product on the field.

Jones spoke about the disappointment of losing to FSU, 55-12, in the 2019 game, and not having a chance at a rematch with the Broncos as the 2020 season was wiped out.

“We will be prepared this year,” Jones said.

Both teams will be playing their first games since Fall 2019.

Brooks’ sights have been set on that first Saturday in September as he is looking forward to playing football again. He and his teammates have faced challenges of staying positive and engaged while working out and training with no games on the horizon for the past 20-plus months.

“Just being out there, hearing the fans, the cheering, the camaraderie that comes with playing with your teammates, and of course playing the game when you have been practicing and working out for over a year,” Brooks said. “That’s one of the worst parts about the layoff is working out and practicing without anything to look forward to.”

And with the DEVFC the first game on the schedule, Brooks can’t wait to play in an exciting atmosphere, especially when he hasn’t competed against someone other than his teammates on a practice field.

“It’s cool to play in front of a lot of people,” Brooks said. “You kind of forget that you’re not always going to play in it because I’ve played in it so much, but it’s not a guarantee. So it’s cool to be there and experience it.”