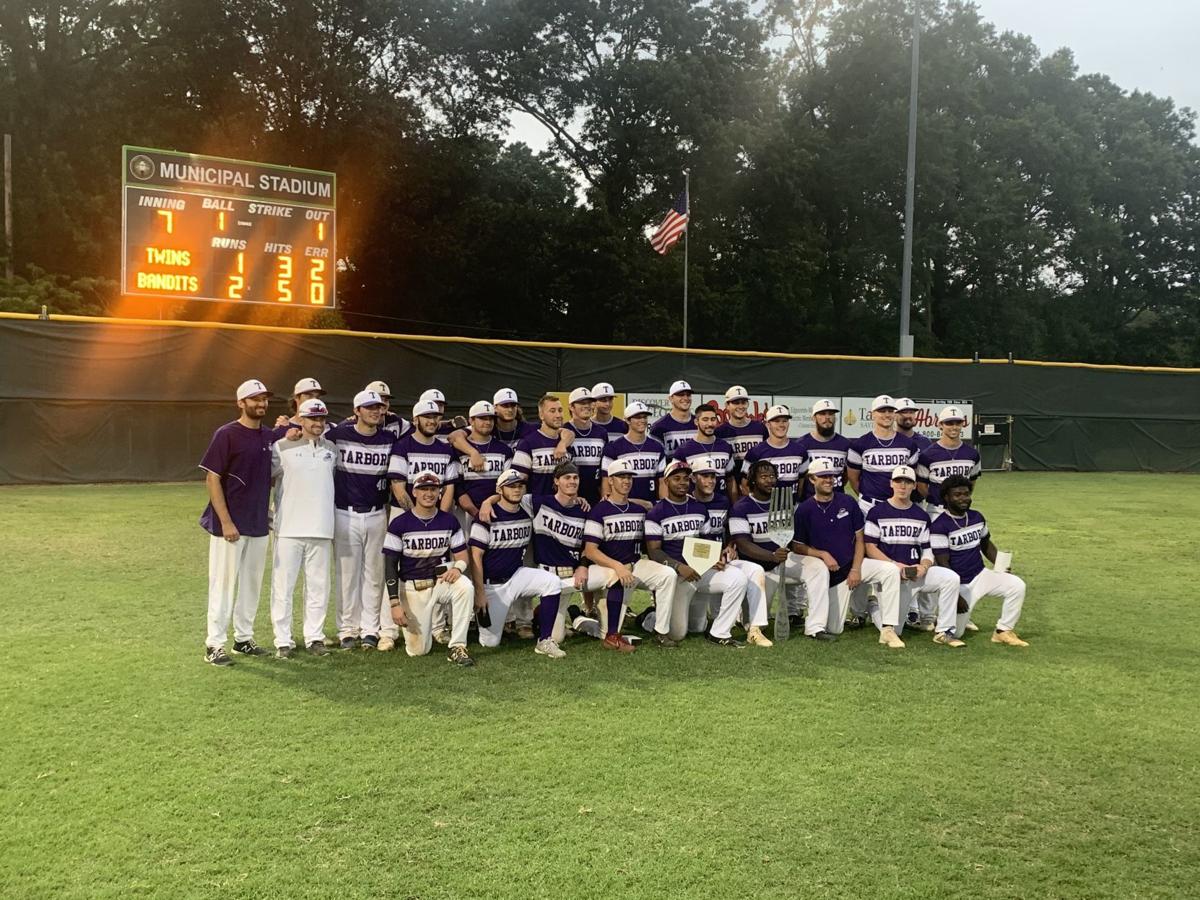 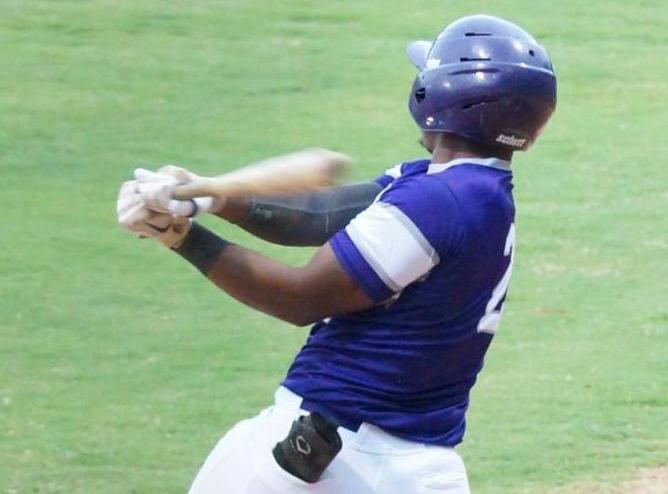 Phillip Boykin connects on a walk-off home run for the Tarboro River Bandits to win the Carolina Virginia Collegiate League championship on Aug. 1 in Tarboro. Boykin is a Greenville native who graduated from North Pitt High School in 2018.

Phillip Boykin connects on a walk-off home run for the Tarboro River Bandits to win the Carolina Virginia Collegiate League championship on Aug. 1 in Tarboro. Boykin is a Greenville native who graduated from North Pitt High School in 2018.

It was only fitting that the road followed by the Tarboro River Bandits to the Carolina Virginia Collegiate League championship run through defending league champion Fuquay-Varina.

But that road ended at the corner of Johnston and Panola streets where, on back-to-back nights in front of a decidedly River Bandits crowd in venerable old Municipal Stadium, the new kids on the block stood toe-to-toe with the Twins and their 99-year lineage and slugged it out.

For a baseball fan, both games were absolute delights ... well worth the price of admission and more. After all, why would games between these two in the championship series be any different than the regular season?

On Friday, in a 3-1 Bandits win, Tarboro native Trey Jernigan (UNC-Wilmington) threw the first 4⅓ innings and struck out six batters on the beast hitting team in the league. Reliever Troy Britts (Central Florida) came in to finish the game, striking out five.

In the bottom of the seventh for the top-seeded and home team Twins, the lead-off batter was hit by a pitch before Britts struck out the next two batters. Then, he walked the league’s leading hitter, putting the winning run at the plate in Andrew Crouse.

On a two-two pitch, Crouse connected and the ball streaked toward the green wall in right field.

Right-fielder Brantley Cutler (Maryland-Eastern Shore) had been playing in a bit and immediately turned to race to the wall — where he used all the room he had available to run down Crouse’s shot, hauling it in over-the-shoulder at the fence.

Tarboro was in the title game, where it would once again face Fuquay-Varina after the Twins eliminated the Carolina Pirates.

Fuquay-Varina got a complete game from starter Trent Montgomery (Catawba) while the Bandits got six innings from Colt Webb (Charleston), who pulled a full shift on a roofing job before coming to the ballpark, and closure from Jordan Leggett (Pitt CC) to send the game to the seventh inning in a 1-1 tie.

As in the first meeting with Cutler’s catch, it was time for the baseball script writers to arrive at Municipal Stadium.

Mired in a late-season slump, Boykin was due.

In the fifth, he had singled sharply to left but could only advance to second before being stranded.

Facing a one-ball count from Montgomery, Boykin quickly turned on the pitch and the sound of bat-on-ball connection left no doubt that he had just hit the game-winner.

Town staff listened to the proposal, as did the town council and, as the saying goes, the rest is history.

Turnage hired Brandon Matthews to be the head coach and the two took to the task of putting together a team.

Collegiate seasons were shortened and then ended and players were left hanging as to what would happen with their baseball careers.

At the initial team meeting at Municipal Stadium on May 29, Turnage told players how fortunate they were because the CVCL was playing and they had a team.

He and Matthews reminded them that in their position, they were going to be looked up to by youngsters and they should always work hard to represent themselves, their colleges, their families and the River Bandits to the best of their ability.

They won 14 of their last 16 and finished the season on a six-game winning streak. First baseman Kasey Caras (Messiah) led the regular season hitters with a .440 average on 50 at-bats and Jernigan finished second with a 1.12 ERA.

The River Bandits pitching staff led the league with a 4.21 ERA and a .211 on-base-average (percentage of hits against a pitcher) while striking out 246 and walking just 119 batters.

At the plate, the Bandits led the league with a .407 on-base percentage.

And as previously mentioned, they won the championship.

The community support for the team was as good as it could be with Gov. Roy Cooper’s crowd restrictions and it was outstanding during the tournament. One can only foresee good crowd support with an easing of attendance restrictions.

So now, the building of Volume 2 of the River Bandits begins and Turnage and Matthews have proven they obviously know how to put a team together.