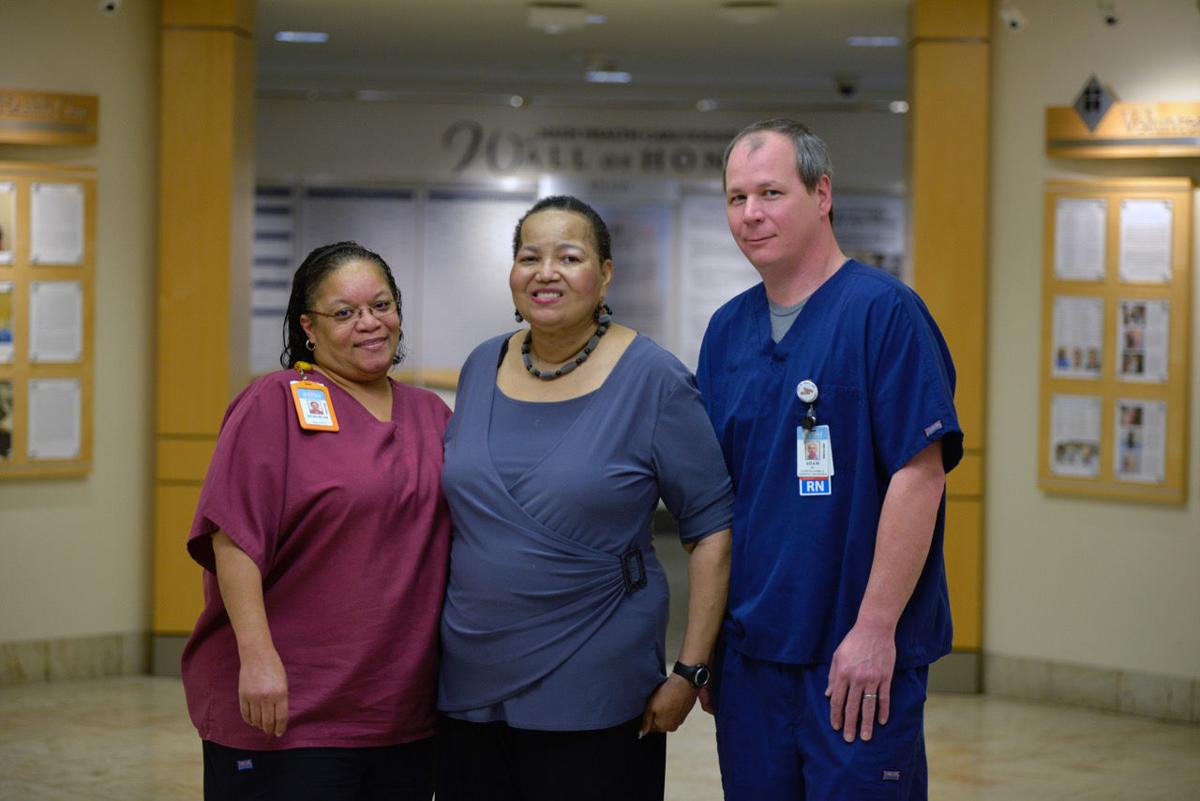 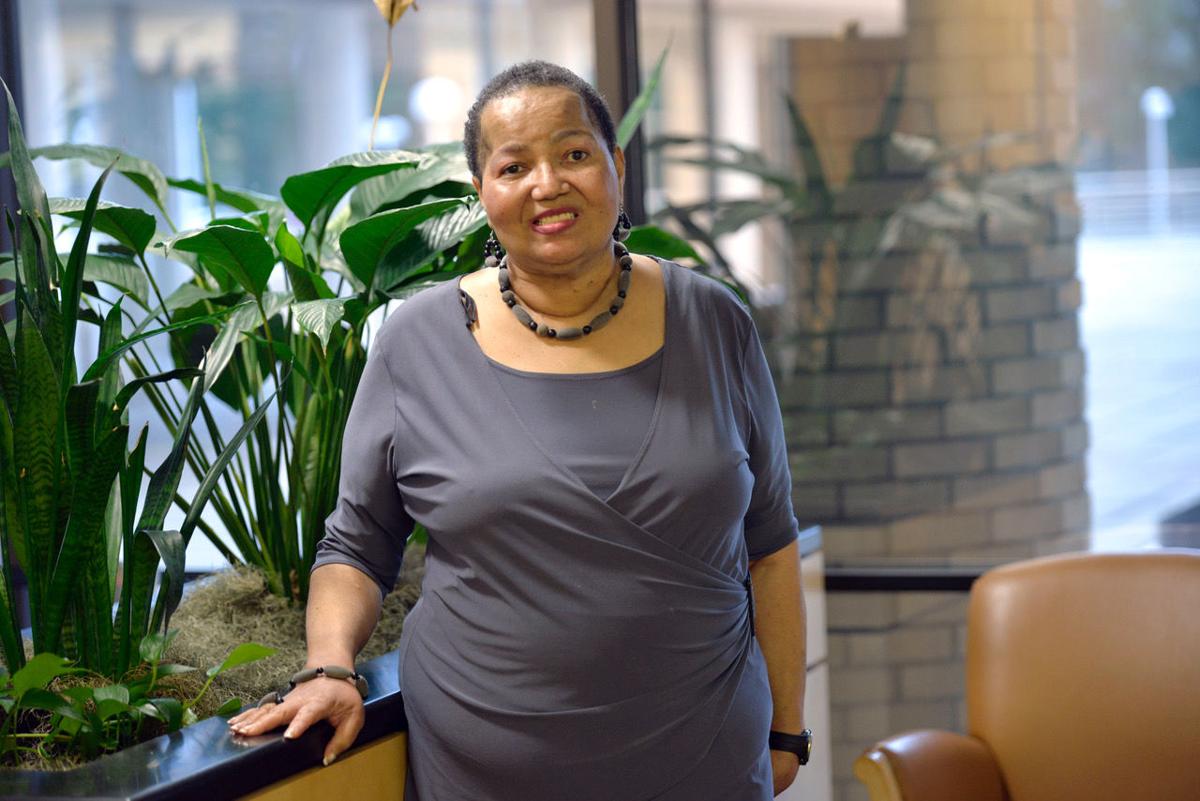 She didn’t feel good. She had a cold and throughout the day she had no energy.

“I just thought I felt bad because of my cold,” Johnson remembered. “One of my friends stopped by that evening to check on me and she said I just wasn’t acting right and she took me to the emergency room.”

Johnson’s friend may have saved her life. Johnson’s body wasn’t just fighting a cold. Her immune system was battling an undiagnosed case of pneumonia.

Catherine Johnson’s son, Kyle Johnson, said by the time he got to the emergency room, he was terrified about what was happening to his mother.

“We didn’t know what was going on — just that Mom seemed to be slipping away. We didn’t know if it was a stroke, a heart problem, or what exactly was happening,” Kyle Johnson recalled. “But the employees and medical staff we interacted with in the ER really helped us calm down, take a deep breath and everyone answered all of our questions or were working to get us more information. It wasn’t just the quality of care that helped, but also how much they appeared to care about my mom — all of us.”

One of the people taking care of Catherine that night was Adam Daughtridge, an RN that works in the emergency department.

“It can be a common thing for an elderly person who develops pneumonia to not only suffer from respiratory symptoms, but also become confused and have their mental faculties deteriorate,” Daughtridge said. “This is what was happening to Mrs. Johnson. I could tell her family was really concerned and we knew we had to act fast and get the IV and fluids into her.”

Daughtridge said that for him, connecting with the patients and their families is part of the job.

“For that brief amount of time they’re in the emergency room, they are like my family,” Daughtridge said. “I want to do everything I can to make the patient better and offer comfort for the family who is worried and scared.”

Catherine Johnson was later admitted to the hospital on the third floor, then transferred to the heart center and later spent time at Bryant T. Aldridge Rehab Center.

Kyle Johnson said November through mid-January was a blur while his mother fought to get back on her feet. Kyle said their “family” at the hospital made the difficult time easier.

“I never felt like an inconvenience and I have been fully confident in their capabilities because they respond with such accuracy and everyone is well-informed on my mother’s case,” Kyle said. “Customer-guest-service is a huge part of the experiences that I’ve had at Nash UNC, and I must say that it is top notch. I love that we are able to get professional care with a smile, a handshake and an intimate conversation.”

“I heard her talking to her son. She was talking about her faith and I was drawn to hear what she was saying,” Davis said. “And suddenly we were holding hands and talking like old friends. I think she was a little bit scared and I hope I helped her a little with that.”

As the Johnsons, Daughtridge and Davis gathered a few weeks ago for a portrait to accompany this story, all greeted each other like long-lost friends.

“When people take good care of you, like these people did for me — and many others here — you just feel so grateful for them,” Catherine Johnson said. “And I will always remember that.”

“We might be a big part of a patient’s life while they’re in the ER, but then we usually don’t get to see them again,” Daughtridge said, “This is really nice, to reconnect with Mrs. Johnson and see her doing so well.”

“I actually went up and checked on her after she was admitted when I wasn’t working,” she said. “I remember a lot of patients I interact with and think about them. I pray for them. Even if it’s not a strong connection like I had with Mrs. Johnson, I’m sending love and good thoughts to most everyone I come across.”