The Rocky Mount Telegram has been covering the Twin Counties for nearly 120 years. 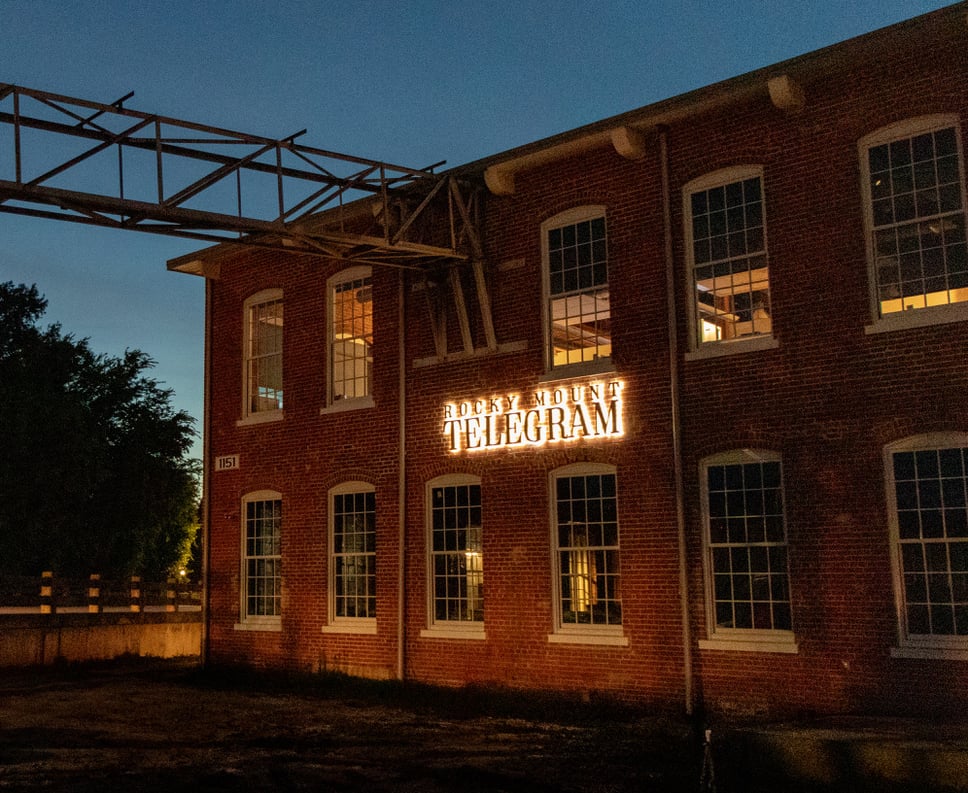 Owned by Adams Publishing Group, the Telegram has won a long string of editorial and advertising awards over the years from the North Carolina Press Association.

Founded as The Evening Telegram by Joshua Lawrence Horne III in 1910 in offices on Main Street in downtown Rocky Mount, the newspaper later moved its operations a few blocks away to Howard Street, where it continued to publish a daily paper until relocating to Tiffany Square in 1998.

Adams Publishing Group acquired the Telegram in 2018 and the newspaper moved into a newly remodeled office later that year at the Rocky Mount Mills, a mixed-used development along the Tar River on Falls Road.