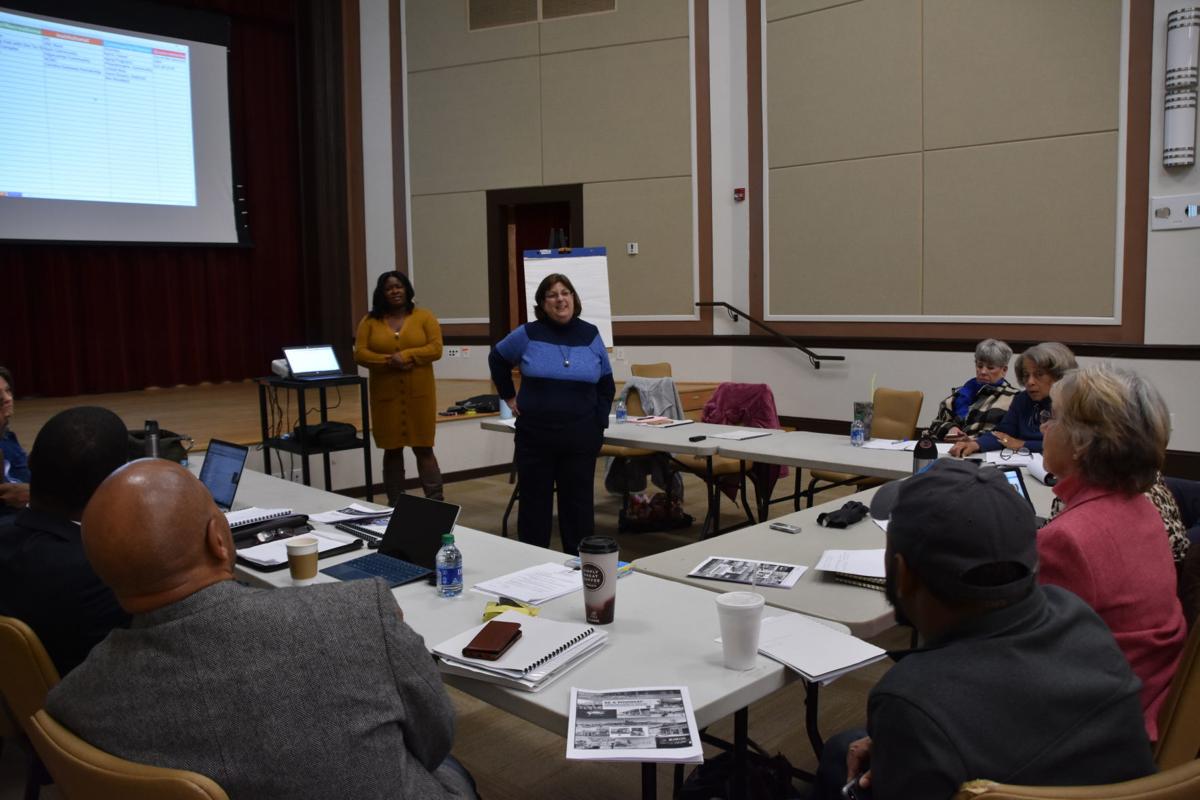 State Main Street and Rural Planning Center Director Liz Parham fields questions at a workshop to come up with strategies to help redevelop downtown Rocky Mount on Thursday at the Booker T. Theater. 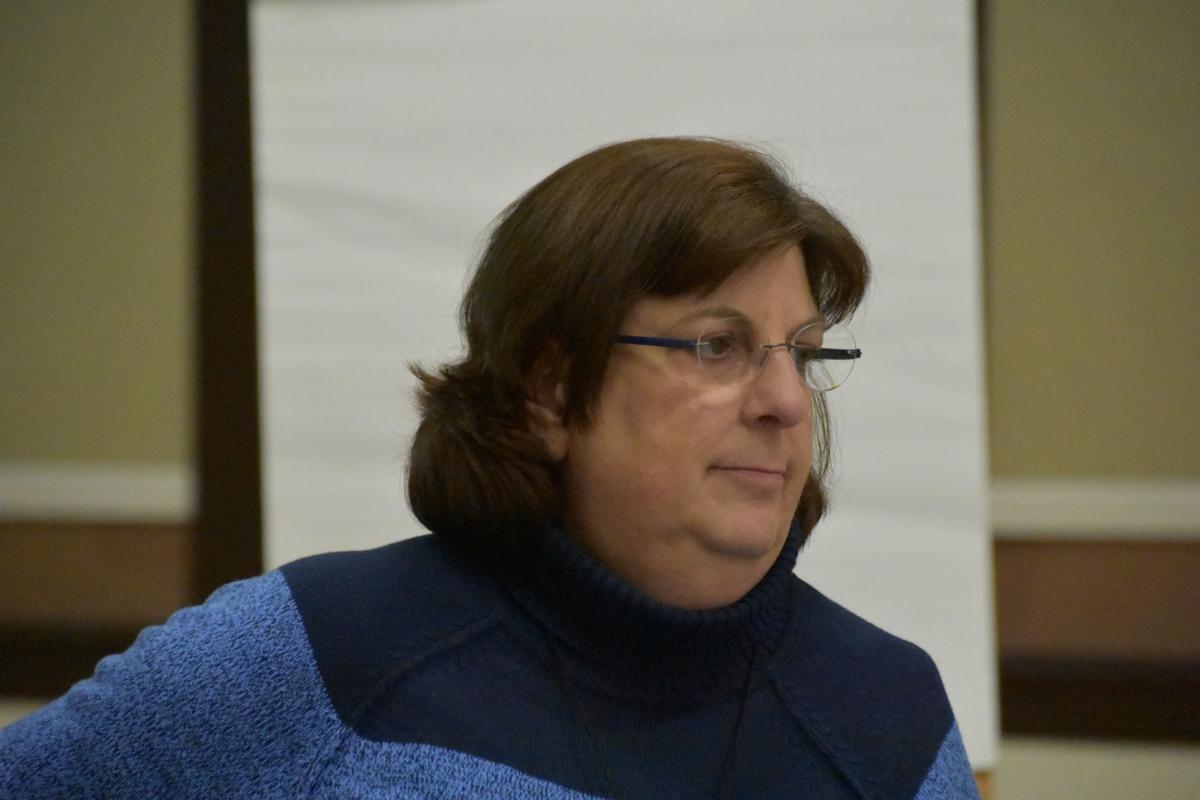 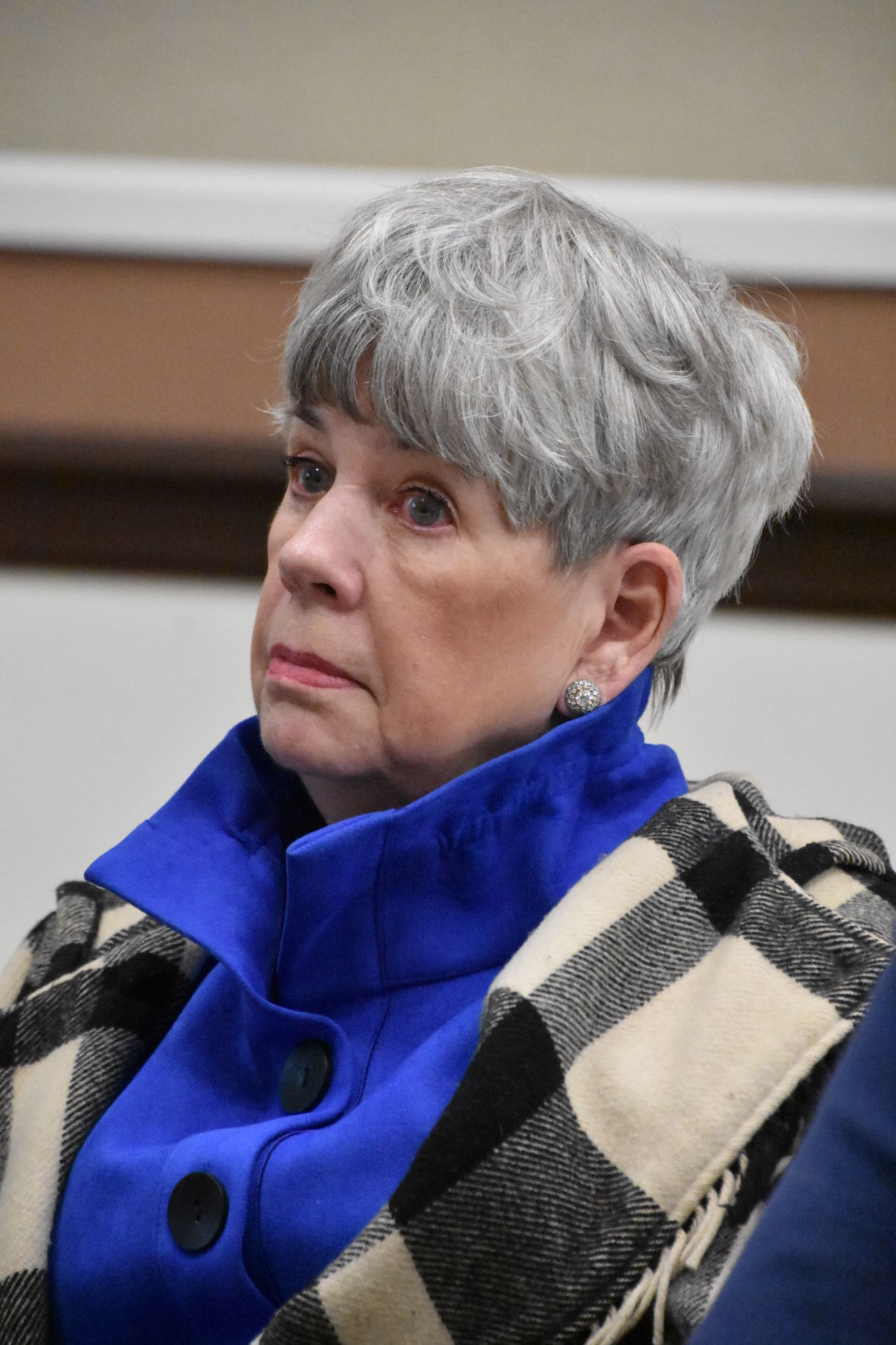 State Main Street and Rural Planning Center Director Liz Parham fields questions at a workshop to come up with strategies to help redevelop downtown Rocky Mount on Thursday at the Booker T. Theater.

An arts district along Howard Street downtown and a place downtown honoring Rocky Mount native and late jazz great Thelonious Monk were key strategies resulting from a workshop to help boost redevelopment in the heart of Rocky Mount.

The gathering was held Thursday morning at the Booker T. Theater and led by Liz Parham, the state’s top official for the Main Street revitalization program.

The gathering was comprised of Central City Revitalization Panel members, municipal officials and people interested in the future of downtown Rocky Mount.

Monk was born in 1917 in Rocky Mount and moved to New York when he was 5 years old. By the time Monk died at age 64 in 1982, he had become an international star and the “architect of bebop.”

What Parham at Thursday’s gathering sought was to obtain input for a five-year plan for redeveloping downtown Rocky Mount.

During the gathering, the group decided top priorities should include growing the residential base downtown and growing the amenities for them, including by recruiting restaurateurs.

The group also decided they want those who already commute in to work downtown to have places nearby to go eat lunch.

The group also decided there should be activities, events and places for them to go nearby after they complete their shifts.

Additionally, the group agreed the top priorities include having television production crews come in and do shows, including about downtown being a food-related destination.

During the latter part of the gathering, CCRP member Charles Roberson said, “We have a beautiful downtown, with Howard Street and a lot of art that’s right in downtown that I think we could capitalize on.”

Roberson cited the presence of the Bel Air Art Center along Church Street and said he believes the immediate area could be the scene of jazz festivals.

When asked by Parham, the participants agreed the arts can be leveraged as an economic development strategy for downtown the next half decade.

City Business Development Manager Kevin Harris said he believes there needs to be a major arts and crafts festival downtown.

Roberson said, “We need an art district — and I think Howard Street is the place for it.”

Roberson said he has met with property owners and that everybody is on the same page. He said someone wants to open a music studio.

Harris said of that immediate area, “We’ve just got to develop it.”

“Let’s do it,” said Martha Lamm, who formerly was Nash County’s longtime chief tourism official and is an artist.

Miller asked about philanthropic investors in art that Rocky Mount needs to attract to help support such a project.

During the gathering, Parham pointed out the importance of the arts and cited the development of the Vollis Simpson Whirligig Park, located in downtown Wilson and which has leveraged millions of dollars of investments there.

Parham also said in Shelby in the western part of the state, leaders decided to play up the late country music greats Earl Scruggs and Don Gibson being from Cleveland County.

She said what followed were the creations of the Earl Scruggs Center and the Don Gibson Theatre.

When Parham asked Thursday’s gathering what is the most unique thing about Rocky Mount, Lamm said she believes if there was a Thelonious Monk museum, plus music and plus this and that, then that would start as a draw to downtown.

“Absolutely,” Parham said. “And it could be on Howard Street.”

Harris moments later said with a smile, “It would be the Thelonious Monk Performing Arts Center — and it would be in the Post Office Building.”

Harris was referring to the former structure along Tarboro Street adjacent to the Five Points area.

Rocky Mount lost accreditation status with the program and presently is an affiliate.

Parham at the start of Thursday’s gathering told the group one reason for the drop in status is that Rocky Mount’s comprehensive work plan has not been updated since the one prepared for 2015-16.

“So that’s one of the goals here today, is to get that plan up to speed,” Parham said.