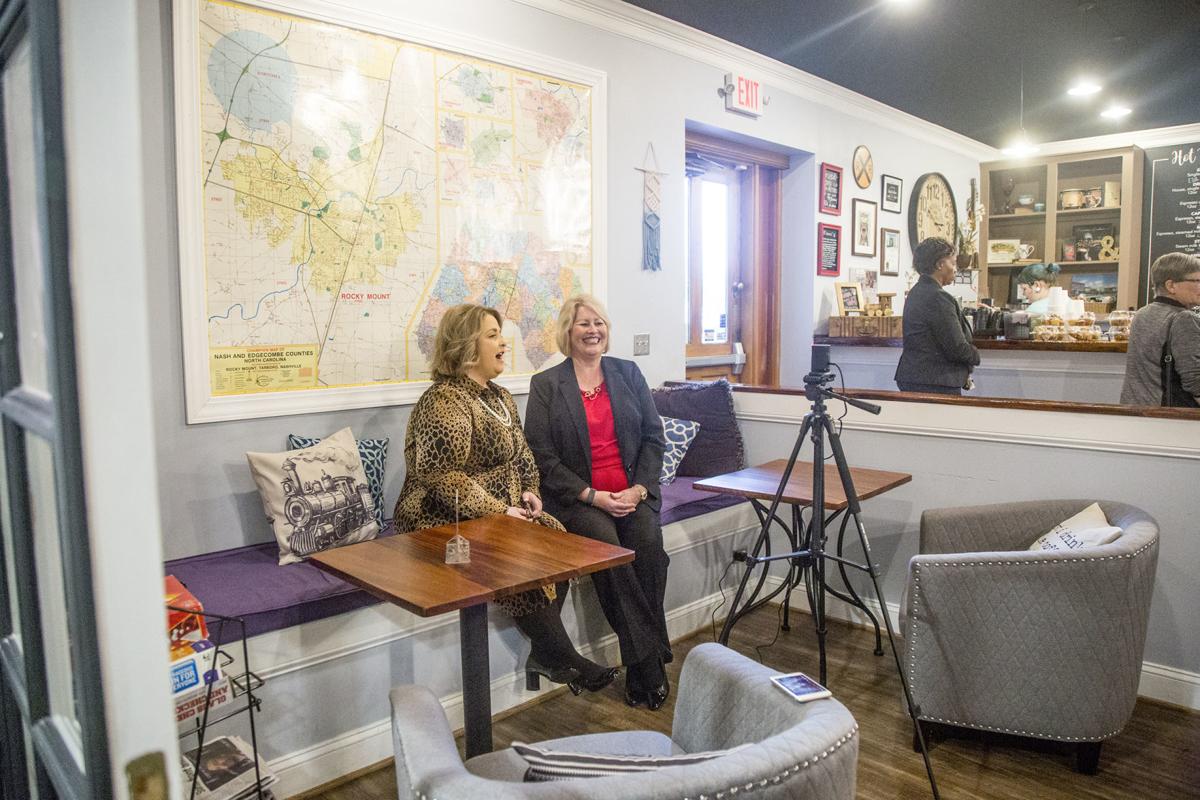 Amy Kremer, co-founder of Women for Trump, left, and Michele Nix talk together during a Facebook Live interview Tuesday at Trax Coffee Bar. 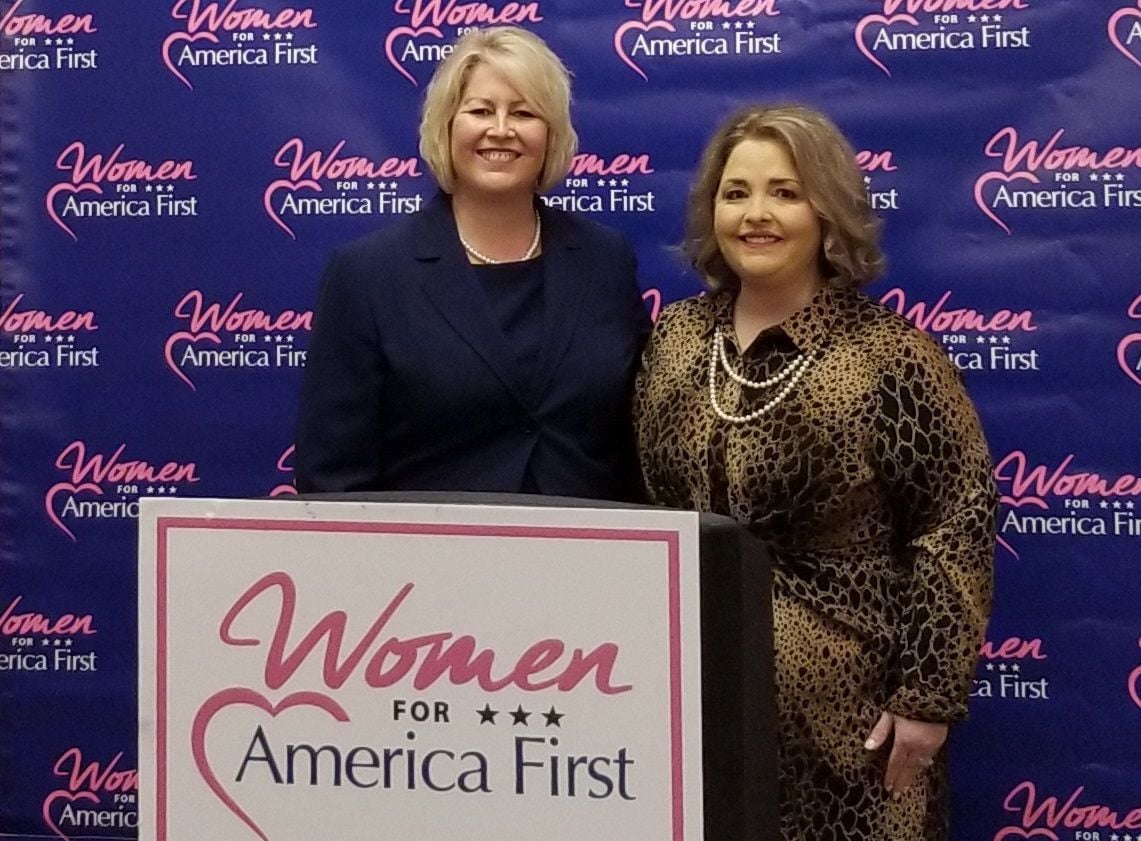 Amy Kremer, co-founder of Women for Trump, left, and Michele Nix talk together during a Facebook Live interview Tuesday at Trax Coffee Bar.

Amy Kremer, co-founder of Women for Trump, was in Rocky Mount on Tuesday to endorse Republican candidate Michele Nix, who is running to represent North Carolina’s 1st Congressional District.

Kremer also is the chairwoman of Women for America First and former chairwoman of Tea Party Express. She endorsed Nix on Tuesday morning at a press conference at the DoubleTree hotel.

“We are here today because it is important that we get the right candidate in the General Election who can win the race against G.K. Butterfield, and we need someone who will support the America First agenda,” Kremer said.

Nix said that it is time for a Republican to represent the 1st District, which includes the eastern portion of Rocky Mount and the Twin Counties bordered roughly by U.S. 301 Business. Butterfield has represented the district since 2004.

“I am going to beat Butterfield by talking about the issues,” Nix said. “G.K. Butterfield has spent more time in Washington than he has in his own district. The people here in eastern North Carolina have strong moral values ... There are things here in this 1st Congressional District that have been neglected far too long and the people deserve a voice in Washington, not someone who is removed from the people.”

Kremer said Nix’s background is representative of the American dream.

“Michele was a single mother on government assistance who pulled herself up by the bootstraps and made something of herself. We need more people in Washington who have been in the trenches, who have gone from nothing to something and who can relate to the American people,” Kremer said.

According to her biography, Nix grew up in a middle class, close-knit family with deep military roots. But she found her values put to the test when she became a single mom with two kids and was forced to live on government assistance. She worked as a waitress to help support her family before she earned a Series 7 investment license and began a successful career in banking.

Nix now is married and has five children and three grandchildren. She is one of four Republicans seeking to claim the right to represent the 1st District.

Nix is the immediate past vice chairwoman of the state Republican Party and was elected by the 1st District as a delegate representing then-candidate Donald Trump at the 2016 Republican National Convention.

At Tuesday’s press conference, Nix said she is concerned about the effects of illegal immigration, the opioid crisis, human trafficking and gun control and wants to support initiatives that protect the constitutional rights of Americans.

“I want to support my Second Amendment rights and your Second Amendment rights,” she said. “We are only one election away from losing those rights. These rights are not passed though the bloodstream. We have to fight and be vigilant to protect our rights to life, liberty and the pursuit of happiness every day.”

While Nix lives in Lenoir County, she has spent more than 15 years working in the 1st District, covering Wayne, Greene and Wilson Counties, and understands the needs of the district, she said.

“There is only one woman in the North Carolina delegation and that’s Virginia Foxx, and I believe Michele can be the second,” Kremer said. “And I believe she will go to Washington and support our president’s agenda.”

Nix said she was pleased to receive this endorsement of her campaign.

“I am so honored to receive this endorsement. It means a lot that Amy believes in me enough to come down to North Carolina and endorse me for Congress,” Nix said.