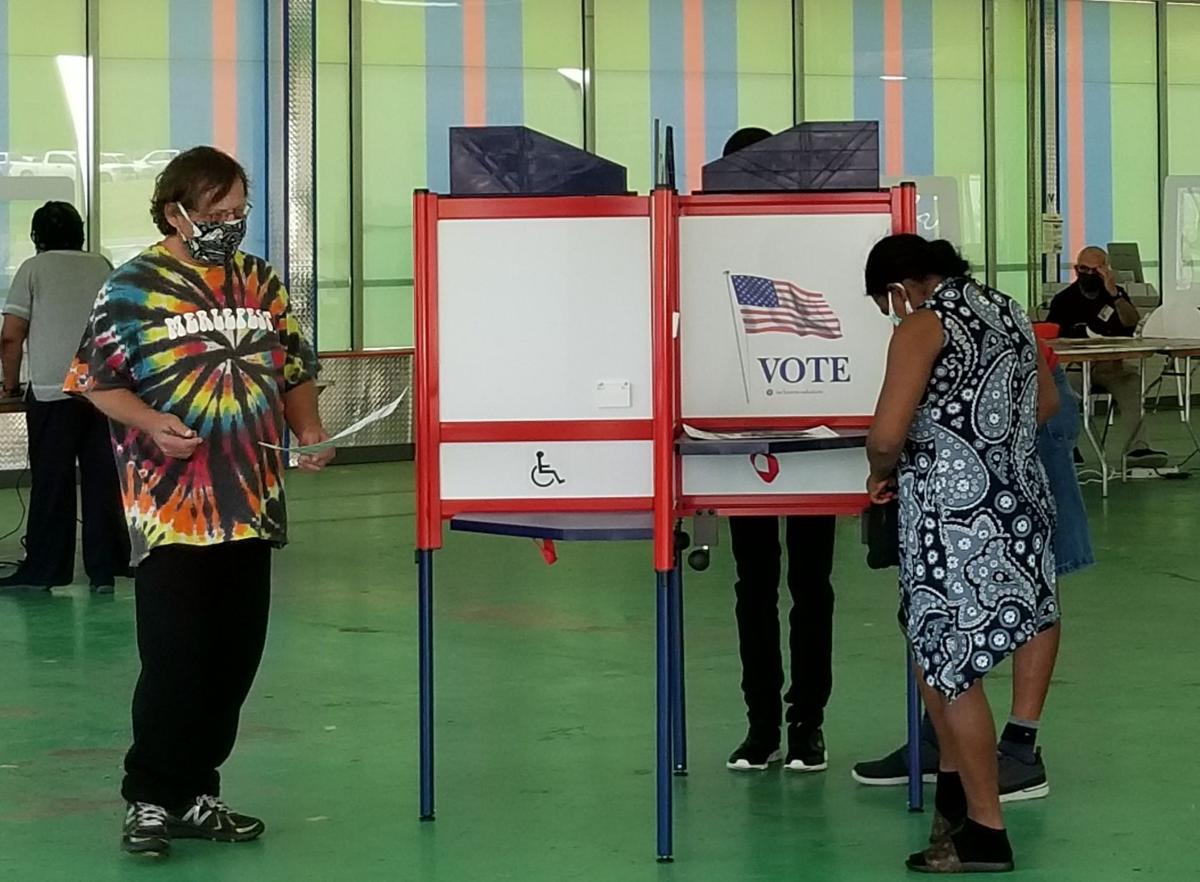 Voters cast their ballots Thursday on the first day of early voting at the former Trade-It store on Wesleyan Boulevard. 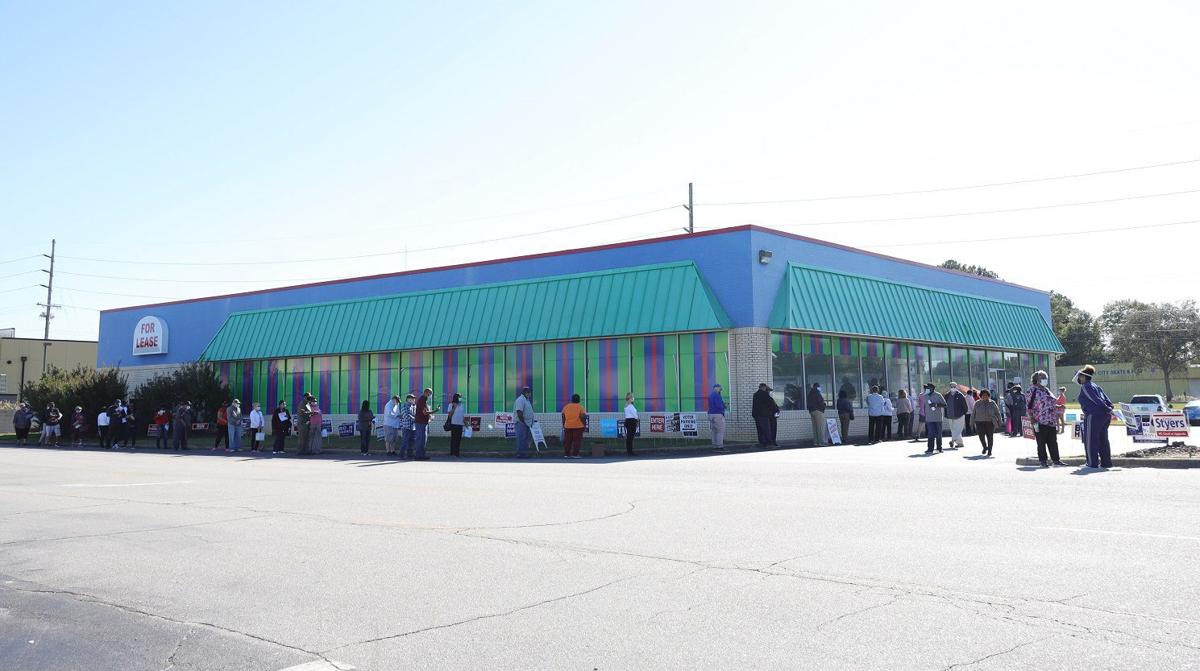 Voters line up to cast their ballots Thursday on the first day of early voting at the former Trade-It store on Wesleyan Boulevard.

Voters cast their ballots Thursday on the first day of early voting at the former Trade-It store on Wesleyan Boulevard.

Voters line up to cast their ballots Thursday on the first day of early voting at the former Trade-It store on Wesleyan Boulevard.

“We always vote early,” said Al Wallace as he waited in line at the polls Thursday. “We miss a lot of the rush that way and there are only about two weeks to go to the election.”

There were lines Thursday at the old Trade-It building, but they tended to move fairly quickly.

There are several differences in voting this year. Masks and social distancing are required. And no one receives an “I voted” sticker.

“Those were one of the first things to go,” poll worker Melvin Barnes said. “We are just giving out smiles and thank-yous.”

As of 5 p.m. Thursday, roughly 3,200 Nash County voters had participated in early voting at one of four locations. An extra location was added this year to help accommodate the social distancing required during the pandemic.

The newest location added was at the old Trade-It building beside the Olive Garden at 1150 N. Wesleyan Blvd.

Voting usually takes place in the meeting rooms of Braswell Memorial Library. But in order to accommodate social distancing regulations, early voting now will be held in the old Gateway Partnership Building at 427 Falls Road, directly across from the library.

Two past locations also are available this year. Voters can choose to vote at the Nash County Agriculture Center at 1006 Eastern Ave. in Nashville or at the Mt. Pleasant Community Building at 7637 Harris Road in Bailey.

At least 1,670 Edgecombe County voters had participated in early voting by 5 p.m. Thursday.

Edgecombe County has three early voting locations open this year. Voting is being offered at the Edgecombe County Administration Building at 201 St. Andrew St. in Tarboro, the Department of Social Services office at 301 S. Fairview Road in Rocky Mount and at the Pines Chapel Missionary Baptist Church at 502 E. Hamlet St. in Pinetops.

All Edgecombe County early voting sites will be open from Oct. 15 to Oct. 31 as well. These locations will operate from 8 a.m. to 7:30 p.m. on Mondays through Fridays and from 8 a.m. to 6 p.m. on the first two Saturdays.

No poll locations will be open on Sundays in Edgecombe County.

Voting already had begun for many this year before the polls opened as more residents are turning to mail-in ballots in an effort to avoid the poll locations.

The last day to request an absentee ballot is Oct. 27. Ballots must be submitted in person or postmarked by Nov. 3 to be counted in this election.

The General Election will be held on Nov. 3.