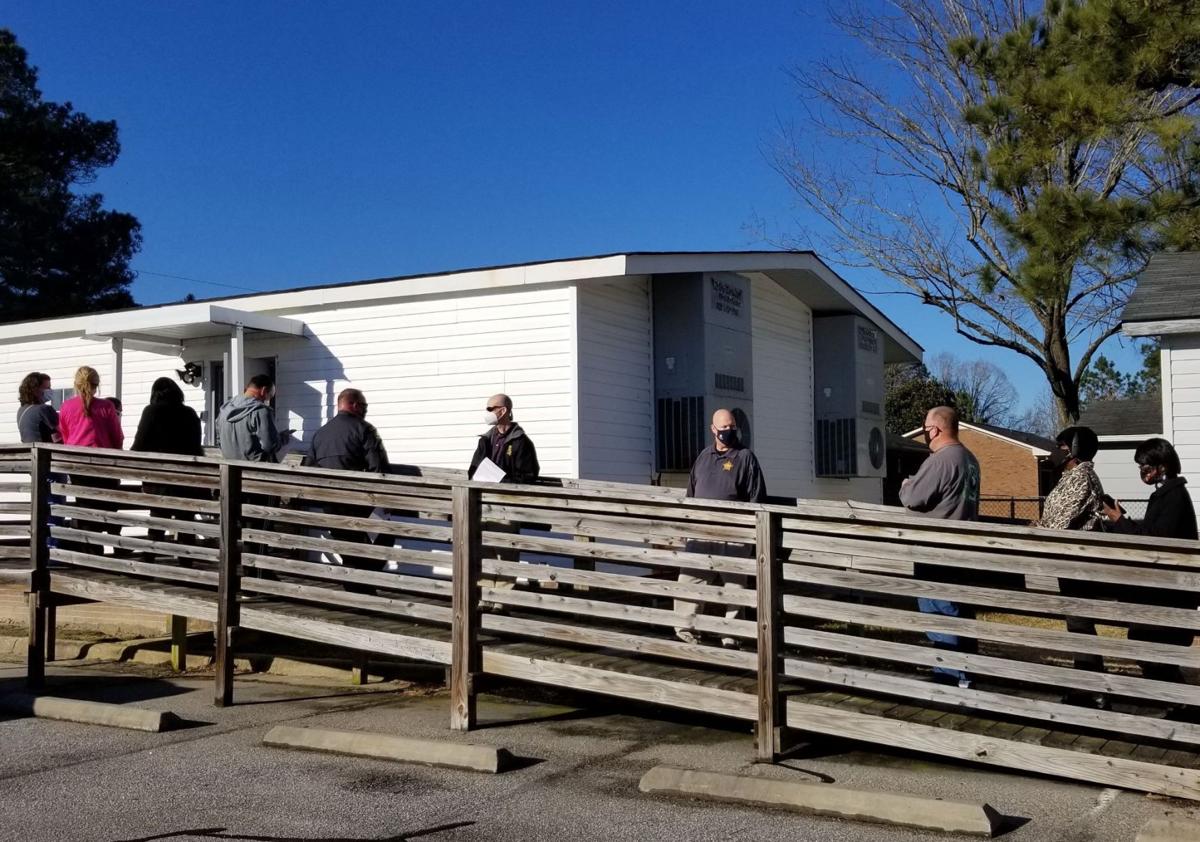 Law enforcement officers and other first responders wait in line for their COVID-19 vaccinations on Tuesday behind the Nash County Health Department in Nashville. 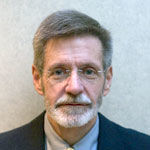 The Edgecombe County Health Department no longer is reporting local totals, referring people instead to the state Department of Health and Human Services website. As of Wednesday, that website indicated that the cumulative number of COVID-19 cases in the county is 3,607, an increase of 152 over the number reported Monday on the website.

The death toll in Edgecombe County also has increased on the state website, rising from 82 on Monday to 87 on Wednesday. The last number of deaths reported by the Edgecombe County Health Department more than a week ago was 89.

It is not clear if the state website numbers indicate a rise in actual deaths or just a rise in the number of deaths reported by the state website, which typically lags behind local health department reporting when that is available.

The Nash County Health Department on Wednesday reported a cumulative total of 6,881 virus cases. The number of COVID-related deaths in the county remains at 128.

That also applies to Nash UNC Heath Care, which has seen hospitalization numbers in the mid-50s over the past few days compared to highs in the 30s a few weeks ago. As of Wednesday, Nash UNC Health Care had 53 COVID patients admitted. Of that number, seven were in critical condition with three of them on ventilators, Hill said.

With the surge in cases, Hill said the health community is working hard to get vaccines distributed. As of Wednesday afternoon, the Nash County Health Department had administered roughly 1,500 or more vaccines in addition to another roughly 1,000 doses given through the hospital.

At a meeting of the Nash County COVID-19 Response Team meeting, Nash County Manager Zee Lamb questioned Hill about the percentage of doses distributed so far. Lamb said that he had seen an article from another news source stating that only about 25 percent of the doses of the vaccine given to North Carolina had been distributed.

Research reveals that article, which was published more than a week ago, was referring to data from the federal Centers for Disease Control and Prevention, which is monitoring distribution of the COVID-19 vaccine. On Wednesday, that data reflected that roughly 31 percent of the doses sent to North Carolina had been administered.

Hill responded by saying that he only has access to about 300 doses at this time.

“It looks like Nash County is doing much better than the state average with roughly 80 to 85 percent of our doses administered,” Lamb said. “The county staff has been doing a great job.”

“When we do have enough vaccine on hand, we hope to soon be able to give them out to people in the area who are 65 and older,” Hill said.

The Edgecombe County Health Department has not released much information about the vaccination efforts in that county. However, the department website does note, “We are currently in Phase 1B. To check your eligibility and schedule an appointment, please call 252-641-7511.”