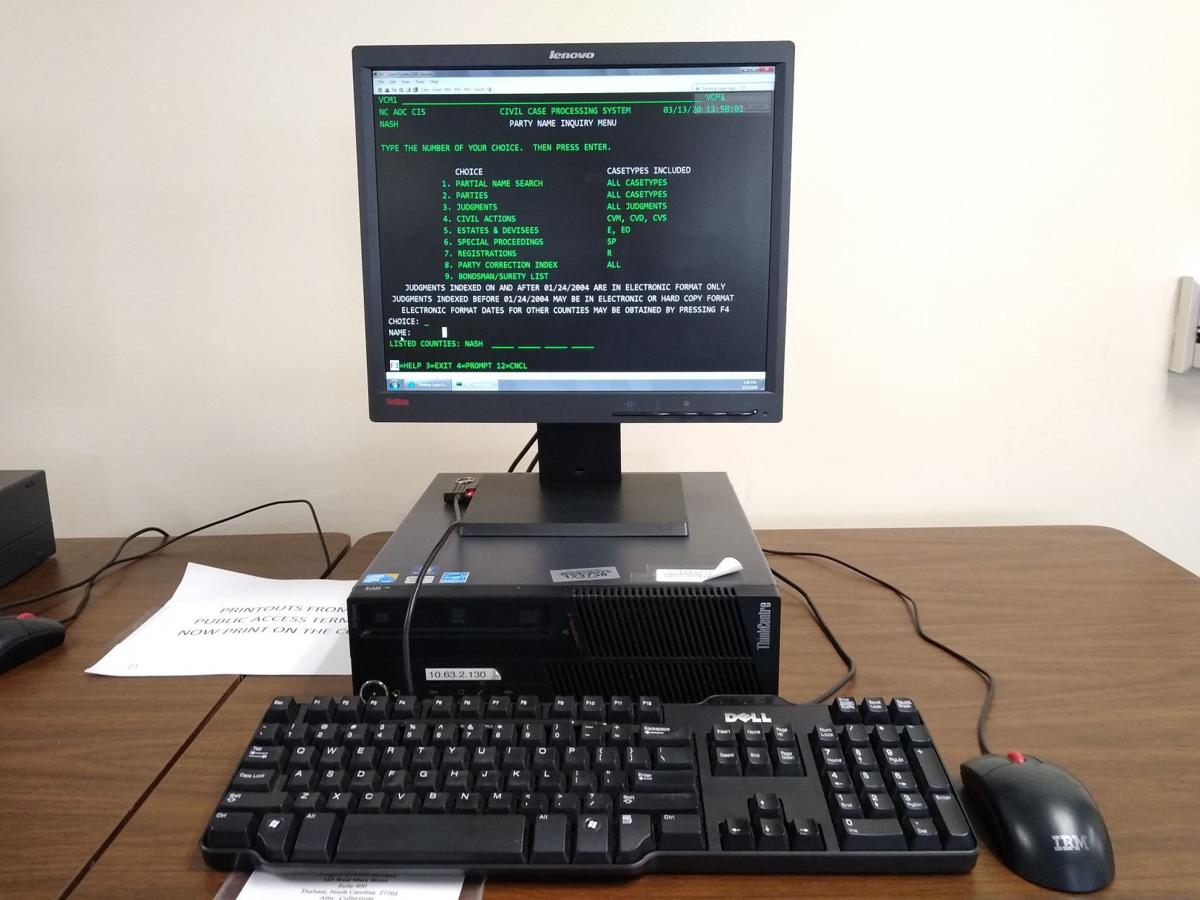 Shown here is one of two computer terminals that provide public access to information about civil court cases in the courthouse in Nashville. 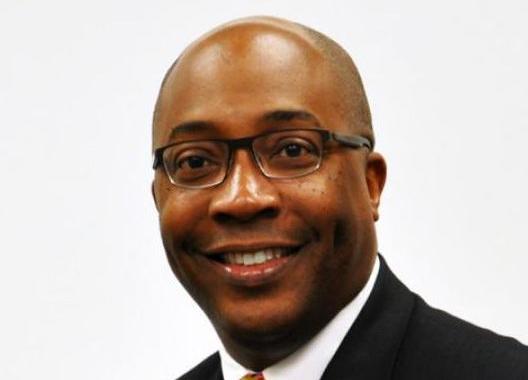 The days of having to go in person to a county courthouse or local judicial center in North Carolina to see basic information about cases or to file cases gradually are going to become a thing of the past.

State Administrative Office of the Courts officials told the Telegram the plan is to phase in a new computer-powered system in which people will be able to remotely view information in real time about a case and file a case electronically.

To do this, the AOC officials said, the AOC in early June 2019 signed a roughly $86 million, 10-year contract with a Dallas-Fort Worth-area-based vendor, Tyler Technologies.

The AOC officials said the plan is to have the new system, called Odyssey, up and running in all 100 North Carolina counties within five years.

AOC interim Director McKinley Wooten said he believes the bottom line is that this is a time in which attorneys and citizens who deal with the courts already deal with technology in other parts of their lives.

“And it is only reasonable that they should expect the same efficiency that comes with the technology in their court system,” Wooten said.

A report issued in March 2017 by the state Commission on the Administration of Law and Justice included calling for putting into place a strategic technology plan for paperless courthouses.

The report noted, “North Carolina was once a leader in using technology in its civil justice system, but today lags behind other jurisdictions.”

The report also noted the federal court system and court systems in other states, such as Utah, have a uniform and comprehensive electronic filing and document management system.

As a result, in these jurisdictions, attorneys, citizens and court officials are able to file, monitor and review cases from the convenience of their homes or offices.

The report noted electronic filing only is available in select courts in North Carolina, namely the Court of Appeals, the Supreme Court, the business court and in a small number of jurisdictions in the state.

State Chief Justice Cheri Beasley, in a speech to the Rocky Mount Kiwanis Club early last month, told about how antiquated the AOC computer program is at the county courthouses and local judicial centers.

“We are still using DOS systems,” Beasley told the gathering, noting those who worked on and repaired them are retired.

The AOC does have a statewide online link in which one can, at the public computer terminal for criminal cases, search for and view basic information about criminal cases pending in each county.

That AOC link includes the accused person’s name, the charges, the pending court date and the location where the case will be heard.

Wooten said the AOC’s plan is to start with a first phase in Wake, Johnston, Harnett and Lee counties.

Fowler said the plan is to likely go live with the new system in those four counties for civil and criminal cases by late in the second quarter of 2021.

This is going to give one the capability to view and download court documents filed after the launching of the new system in those four counties.

Fowler said the plan is to go to a second phase, this one in Mecklenburg County.

And Fowler said the plan from there is to phase in the new system approximately 10 counties at a time.

Fowler does not yet have a time for when the AOC wants to go live with the new system at the Edgecombe County and Nash County courthouses and at the Rocky Mount Judicial Center off Cokey Road.

Fowler said the plan is to take a “lessons learned” approach before setting go-live times beyond the first two phases.

Fowler emphasized the AOC has told the court clerks that a county is going to know at least a year in advance of that county’s respective go-live date.

In all of this, there is one catch: One is not going to be able to remotely view and download documents that were filed at a county courthouse or at a local judicial center during the time period prior to the launching of the new system at that location.

“We aren’t saying that we are going to scan every case file in history,” Fowler said.

However, Fowler made clear that once the new system is complete, one is going to be able to remotely view basic information about a case filed in more recent times in a county.

Whitmore said the AOC is not going to go into county courthouses and local judicial centers and replace the civil and criminal public access computers with new ones, but rather is going to repurpose them with the new system.

Wooten said the goal is to have the new system operational throughout North Carolina by the end of June 2024.

Wooten was careful in making that statement, but he said “we certainly want to stay on that timeline as best we can.”