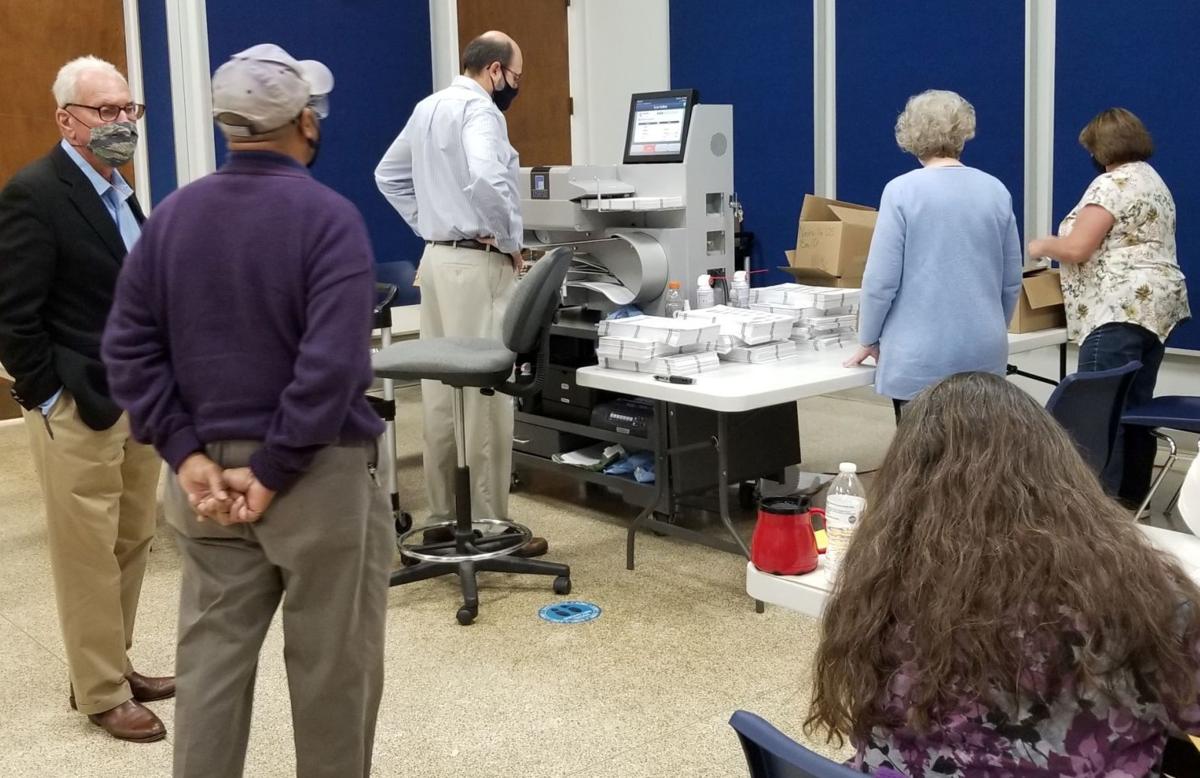 Observers look on as Nash County elections officials conduct a recount Thursday at the Nash County Agriculture Center in Nashville. 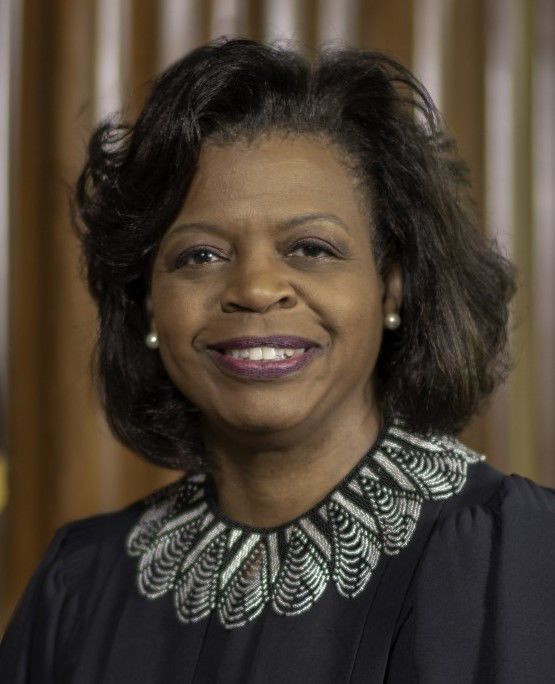 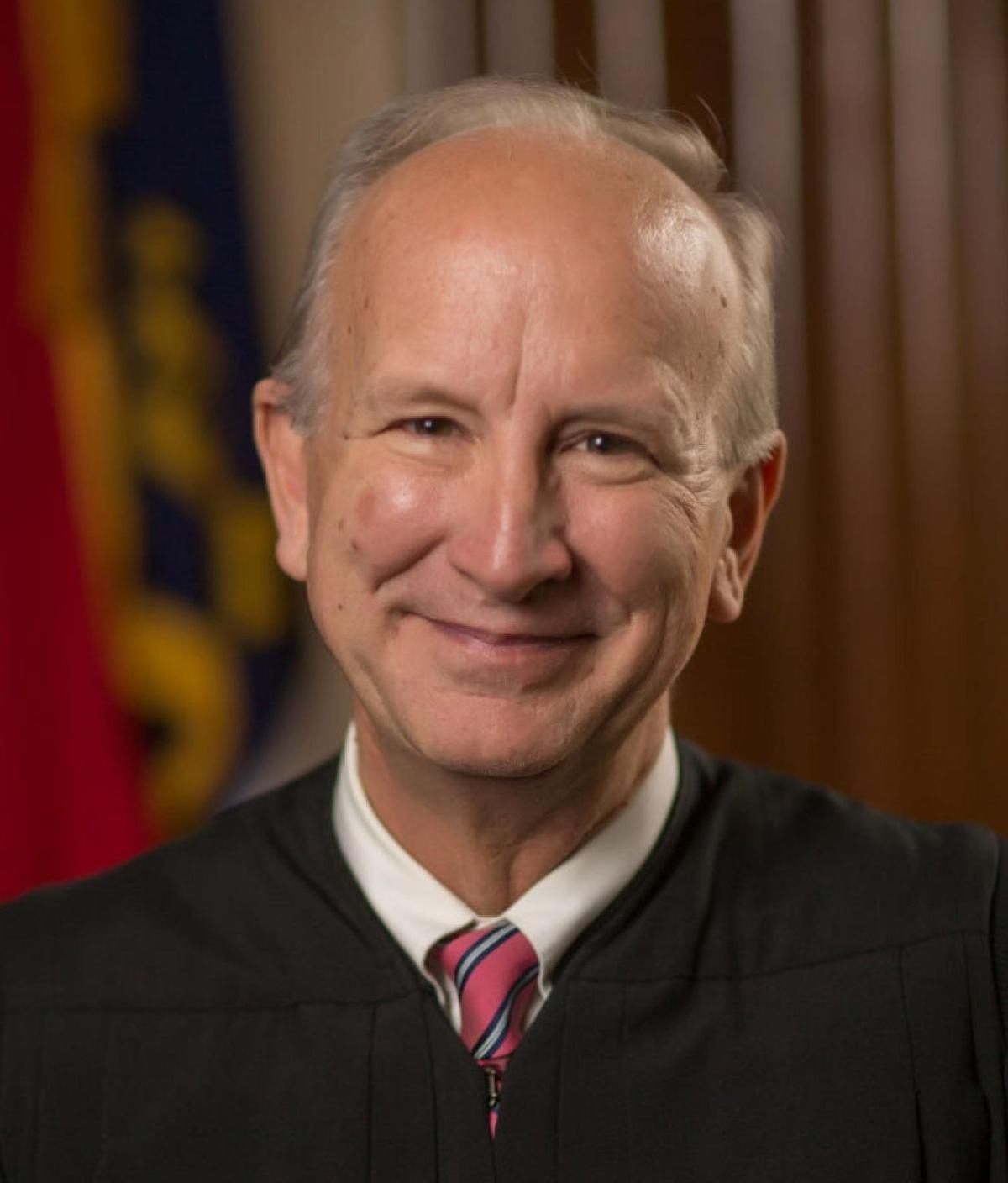 NASHVILLE — The Nash and Edgecombe county elections boards were both engaged in recount efforts Thursday as the fate of the next chief justice of the state Supreme Court hangs in the balance.

Justice Paul Newby, a Republican, so far has garnered just over 400 more votes statewide than his opponent, Chief Justice Cheri Beasley. More than 5.5 million votes were cast in that election. As result, Beasley has requested a recount of all ballots in each county in the state. The cost of the recount is borne by each county.

Patrick Gannon, a public information officer with the State Board of Elections, sent out a statement Tuesday reminding the public of why such recounts are important.

“In a 2016 statewide recount in the state auditor’s race, Chuck Stuber trailed Beth Wood by about 6,000 votes before the recount. After the recount, Wood won by about 6,050 votes out of more than 4.5 million cast in that election,” Gannon said.

Small variances are expected between the canvassed results and the recount results in such elections, he said.

“Because ballots are scanned again through the tabulator, which may be a different tabulator, partial or stray marks on the ballot may be counted differently the second time. This may result in counts that are marginally different from the initial count by roughly a couple votes per 100,000 ballots cast,” Gannon said in the press release. “Some counties are using high-speed tabulators to expedite their recounts, which also may result in slight variances from the results from the smaller precinct tabulators that first counted the ballots.”

Attorney Steve Stevenson, a member of the executive committee of the Nash County Republican Party, was present at the recount held Thursday at the Nash County Agriculture Center.

“This is a very tedious process and about as exciting as watching gray paint dry,” Stevenson said. “But it is a necessary process.”

Stevenson said that the recount especially is important considering the nature of the race.

“It is important because this recount is for the chief justice of the Supreme Court of North Carolina and that position is tremendously important. I know both individuals in this contest and have a tremendous amount of respect for both individuals,” Stevenson said. “To ensure that one or the other is properly elected is why I felt it was appropriate for me to be here.”

While most ballots were rescanned, some ballots that had been rejected by the scanners were being processed hand-to-eye by both Democratic and Republican checkers. The process was overseen by Nash County Elections Director John Kearney, who operated the scanner. Two members of the Nash County Board of Elections, one Republican and one Democrat, also watched over the process in addition to other observers, including Stevenson.

Based on his observations, Stevenson said the recount seemed to be fairly conducted.

“I am very impressed with the organization of this particular recount in this county,” he said. “I have the ability to oversee everything as an observer. There is nothing here that concerns me.”

Results can be found at https://www.ncsbe.gov/2020-statewide-recount-results.

Even when the recount ends, the results of the election still may not be immediately clear.

If results of the hand-to-eye recount differ from the previous results within those precincts to the extent that extrapolating the amount of the change to the entire jurisdiction, based on the proportion of ballots recounted to the total votes cast for that office, would result in the reversing of the results, then the State Board of Elections would order a hand-to-eye recount of all ballots statewide, he said.

Chief Justice Cheri Beasley, a Democrat, has not only asked for a recount in the razor-thin race to retain her seat but also has filed protest…