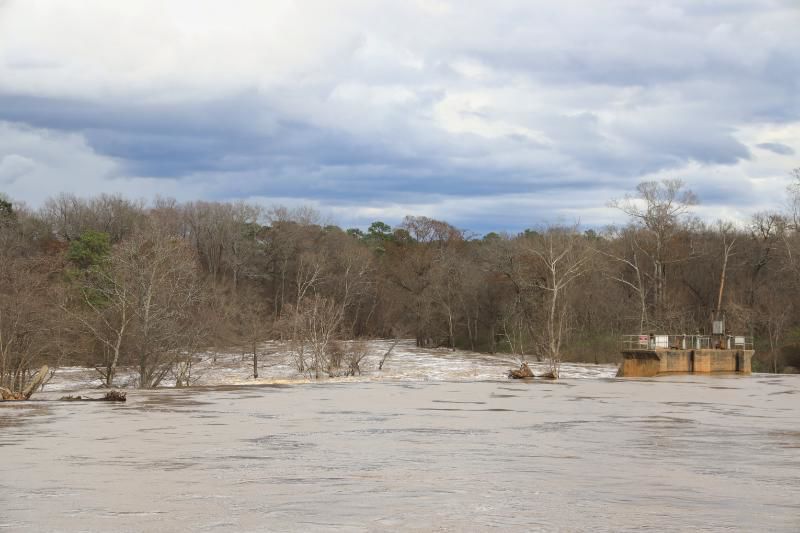 Water surges over the dam on the Tar River on Friday at the Rocky Mount Mills. 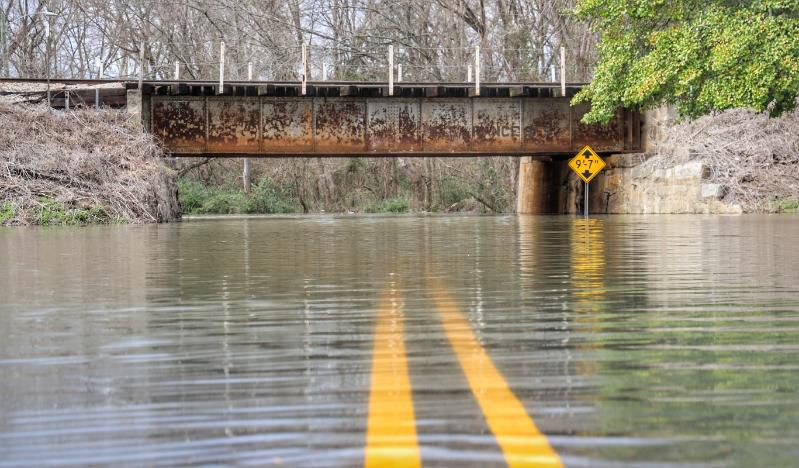 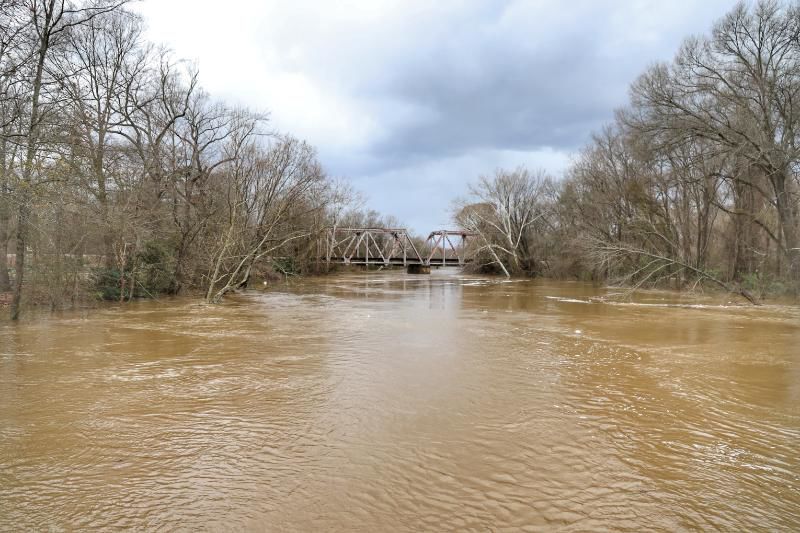 The Tar River swells over its banks Friday near Stith-Talbert Park in Rocky Mount.

Water surges over the dam on the Tar River on Friday at the Rocky Mount Mills.

The Tar River swells over its banks Friday near Stith-Talbert Park in Rocky Mount.

After severe weather generated by a powerful winter storm lashed much of North Carolina on Thursday, conditions calmed on Friday with the exception of high winds that continued to batter the region with gusts reported nearing 40 mph.

A funnel cloud was reported about 2:50 p.m. Thursday as it moved north from the Spring Hope area to northeast of Castalia. Additionally, there were numerous reports of both downed trees and power lines.

Nash County Sheriff Keith Stone said several buildings were damaged and a roof was ripped off a mobile home, and emergency crews removed a barn loaded with hay that had been blown onto a roadway.

Stone said the Sheriff Office’s chainsaw team had been out Thursday night, working to clear downed trees while Nash County Emergency Services Director Brian Brantley said there were a number of roadways underwater.

The National Weather Service in Raleigh issued a flood warning through 11 a.m. Monday in Nash and Edgecombe counties.

The Tar River is expected to continue to rise, although the National Weather Service has lowered the forecasted crests.

Downstream, the Tar was expected to begin coming out of its banks around Tarboro over the weekend. The river stood at 15.14 feet at 5 p.m. Friday as it moved toward a forecasted crest of 26.0 feet about daylight Monday.

Flood stage in Tarboro is 19.0 feet. Once the river reaches 25 feet, the water covers River Road in Riverfront Park, necessitating the locking of access gates off Granville and Albemarle streets.