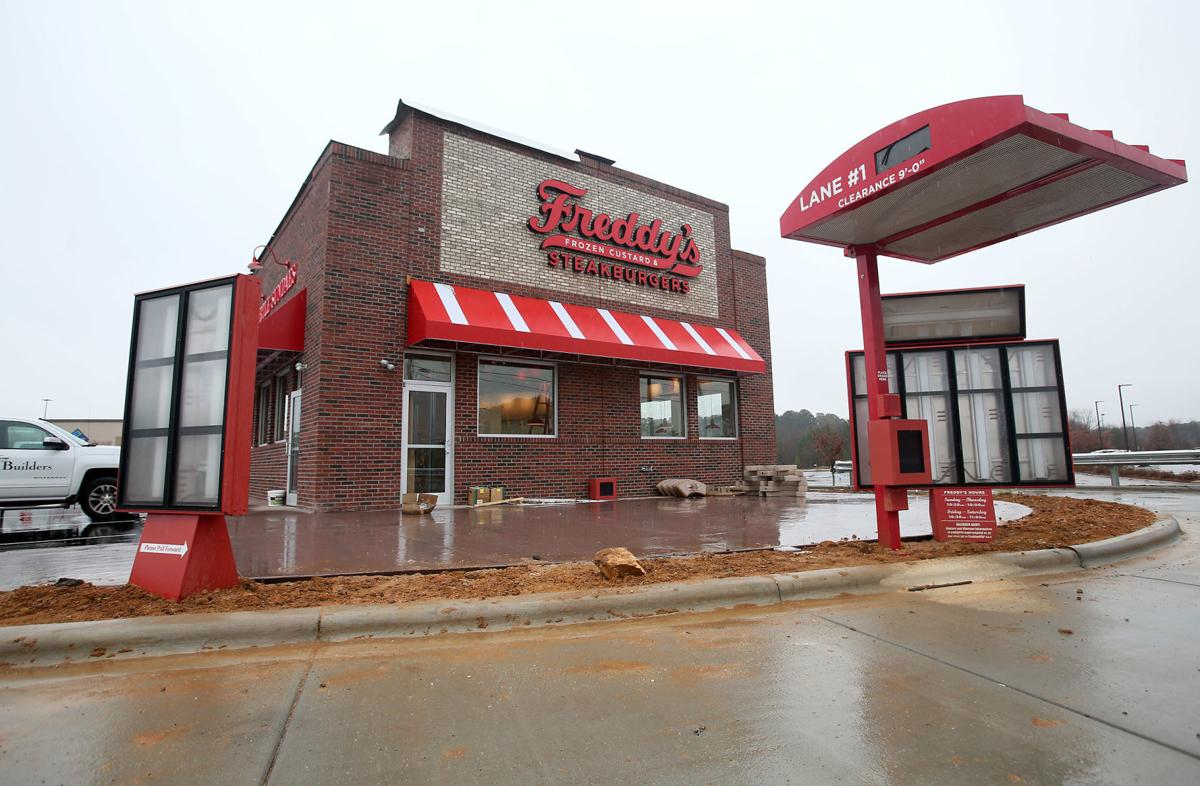 Construction of the Freddy’s Frozen Custard and Steakburgers restaurant continues on Friday near Sam’s Club. 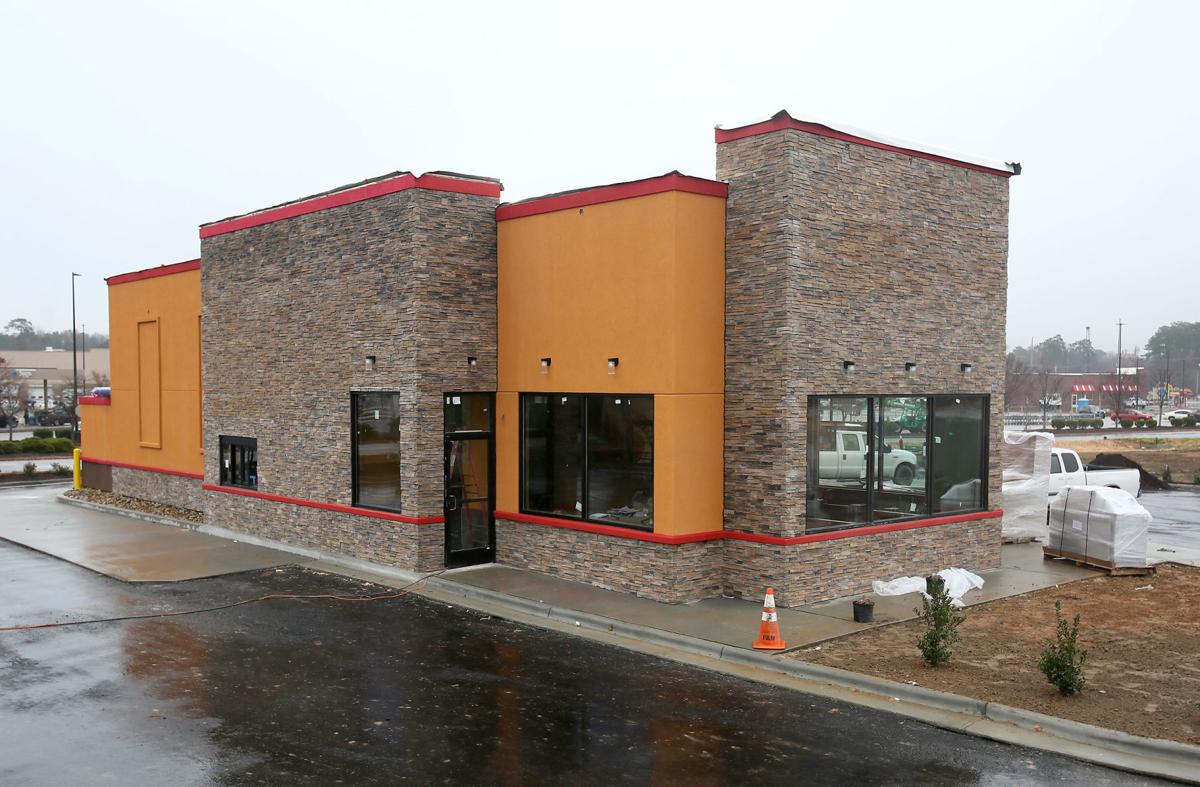 The new Popeyes Louisiana Kitchen remains under construction on Friday near Sam’s Club.

Construction of the Freddy’s Frozen Custard and Steakburgers restaurant continues on Friday near Sam’s Club.

The new Popeyes Louisiana Kitchen remains under construction on Friday near Sam’s Club.

Local real estate broker Michael Allen has seen a lot of action across Sunset Boulevard from his office.

That is because Allen is based opposite the area where the new Panera Bread bakery-café recently opened and where the future Popeyes Louisiana Kitchen, Banfield Pet Hospital and Freddy’s Frozen Custard and Steakburgers are taking shape.

“We’re excited to have it,” Allen said of the development, which is at the northeast corner of Sunset and Wesleyan Boulevard and adjacent to Sam’s Club. “People are investing in our area and seeing the potential of Rocky Mount — and that’s a great thing for us.”

Allen recalled the area once having been the scene of a flood-damaged Tarrytown Mall as a result of Hurricane Floyd in 1999.

Allen spoke of the area today being the scene of Sam’s and of outparcels being filled.

He has been in the real estate business since 1996.

He said he never has seen crews start constructing four new business buildings at the same time at an intersection in Rocky Mount.

“But I’d certainly like to see it happen again,” he said.

Asked whether he believes the construction at Sunset and Wesleyan will lead to more construction locally, Allen said, “I think that we’re not even seeing the tip of the iceberg quite yet with everything going on with the future Sunset Avenue and I-95 interchange.”

The latter is a reference to state Transportation Department plans to make the Sunset corridor toward Nash Community College and the Maine-to-Miami expressway accessible to each other for the first time.

“I think you’re going to see a lot of retail coming,” Allen said. “And I don’t (think) there’s anything on the horizon that would indicate a slowdown in the demand or the interest in our area.”

The construction at Sunset and Wesleyan is close to the United Way Tar River Region office and agency Executive Director Ginny Mohrbutter and her team have been watching the work.

“And we’re all thrilled because we love the idea of having more options available to not only our staff here at United Way, but our local citizens,” Mohrbutter said.

Mohrbutter said she and her team have been going to Panera Bread and believe the bakery-café is great.

“We like to support all of the restaurants around town and we have a lot that support United Way,” Mohrbutter said. “So we always patronize those.”

Rocky Mount Area Chamber of Commerce President and CEO David Farris said he was driving by the future Popeyes about 7:30 p.m. Thursday and could see crews working inside the structure.

“And so they’re really pushing it,” Farris said of the efforts to get the future Popeyes ready to serve customers.

Overall, he said, “That little area is going to be just on fire with activity by certainly the first of February, as everything is completed and open.”

Farris said the indication he has received from the Panera Bread team is that the bakery-café is pleased with the reception by Rocky Mount.

Farris said this does not surprise him.

“We’ve wanted one for a while — and we’re glad they’re here and they’re in a fabulous location,” Farris said. “I would have been surprised if they had not been received well.”

A representative of Banfield Pet Hospital, when reached by the Telegram, did not yet have any details to provide about an opening date.