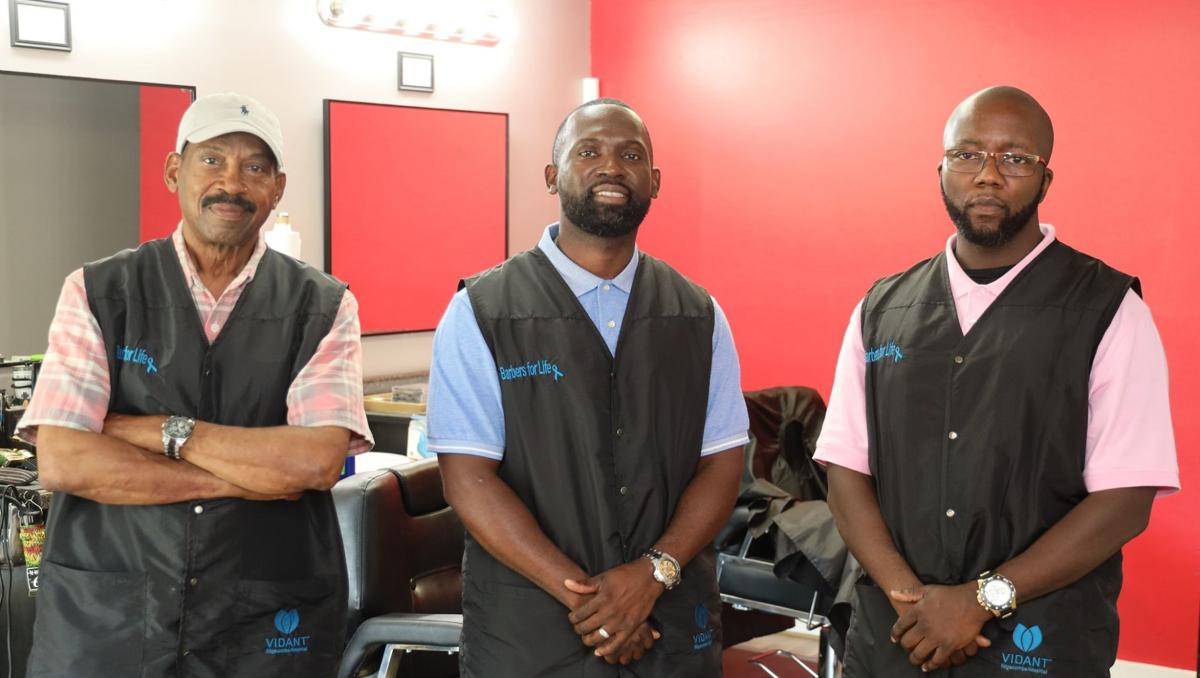 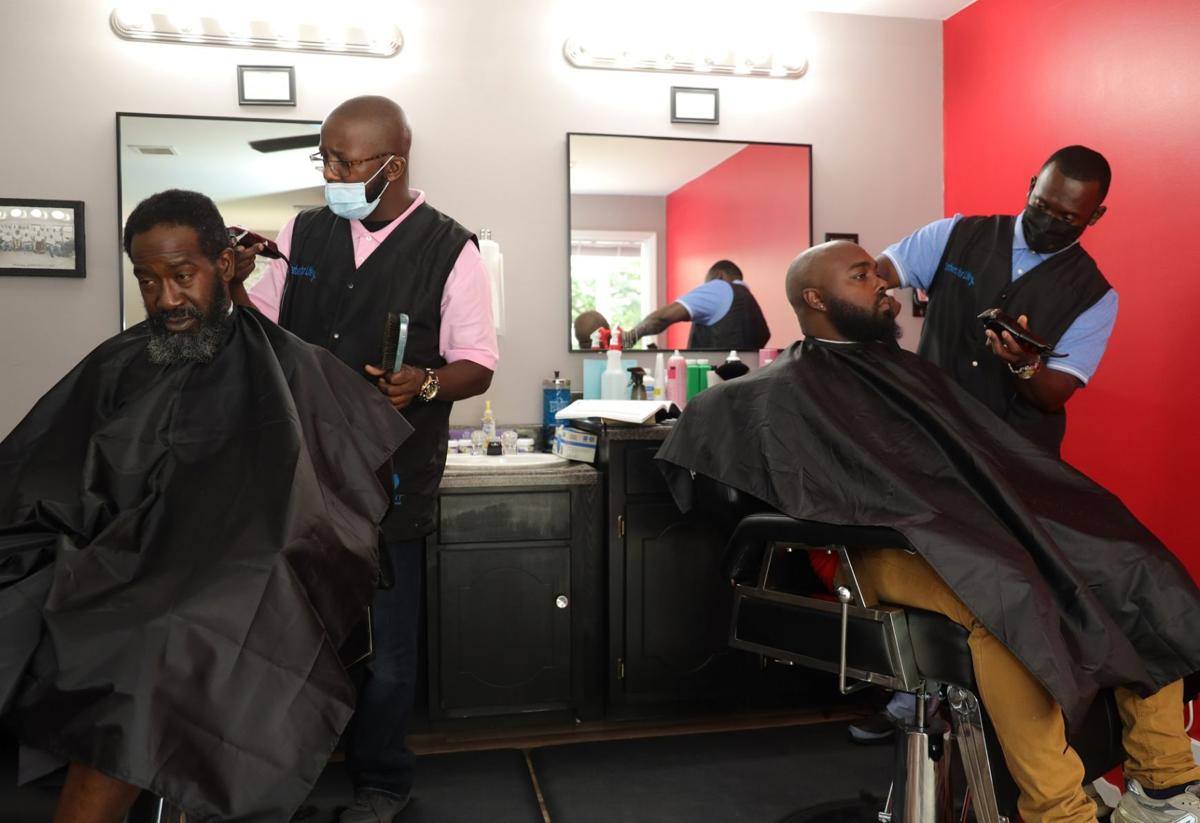 While there are no markers, the building is of historical significance in Tarboro as it is the location where Dr. Moses A. Ray first established his dental practice in the community.

Now it is the home of Kingdom Kutz, where a diverse customer base can get their hair cut, have a good conversation and more.

“It’s not going to be just a barbershop,” said co-owner and operator Dwight Flowers. “We want to be the midst of the community ... helping people ... donating to school children ... however we can make a difference.”

Flowers and Quantellies Anthony are co-owners and operators of Kingdom Kutz and are joined in the shop by operator Taries Pender. A fourth chair is available for rent to another operator.

Flowers said only about 40 percent of the approximately 2,000-square-foot building will be utilized by the barbershop.

“We want to put in a two-chair beauty salon and we want to make the space available for providing community health information and other community services, such as financial counseling,” he said.

Anthony laughed as he said the barbershop came about quickly.

“From demolition until last week (June 2 opening), probably about four-to-five weeks,” he said.

Both Anthony and Flowers said the response to their new shop has been good.

“I would say it has been great, especially considering COVID-19,” Flowers said.

“Based on social media, I would say it has been awesome,” Anthony added.

As indicated by the quick build-out timeline, things have been happening quickly at the shop.

“The sign is on the way and we got our phone line today and we’ll start advertising in the radio,” Flowers added.

Flowers said owning his own shop “has always been the plan.” He said he has been a licensed barber for 18 years, adding, “But I’ve been cutting (hair) since I was 12.”

Anthony adds 12 years’ experience, while Pender has been a barber for 32 years.

Flowers says he’s the old-school barber among the trio.

“I don’t do a lot of cosmetic things to hair” as he motioned to Anthony, saying, “He’s the one that does the trendy stuff.”

Anthony, with a big smile at the “trendy” designation, explained that some of the services he offers include darkening of hair and beards, some of the more extreme cuts, such as Mohawk, fades, tapers and some designs.

Anthony said a couple of things that are trending now include the use of live hair to enhance the hairline and sponging, which accentuates the natural curl of the hair.

Pender laughed when asked about his services, saying, “I do whatever they want me to do.”

“One thing about the barber business, it’s mobile,” Flowers said. “I’ve been in it long enough to learn that if you provide good customer service and treat people right, you’ll build a clientele.”

Barbershops always have been the place in the community to have conversations and learn what’s going on.

“The barbershop was the internet before there was an internet,” Flowers said.

“We have a diverse clientele, though,” Anthony added. “We cut African Americans ... whites ... whoever needs a haircut.”

Flowers said the shop’s name, Kingdom Kutz, is meant to denote the importance of God in the business.

“It’s at the core of who we are. We desire to be servants in the community. While we cut hair, we want to be more and do more,” he said. “When people come by, we want them to see excellence ... in everything we touch and do, we want excellence and to serve Him.”