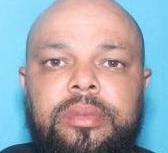 A 39-year-old man is accused of assault with a deadly weapon with intent to kill inflicting serious injury in connection with gunfire this weekend outside the Walmart Supercenter in Nashville.

And in another development, the victim is charged with assault by pointing a gun.

The shooting occurred early Sunday afternoon in the parking lot of the mega-retail store, which is in the 1200 block of Eastern Avenue.

Nashville police in a news release on Tuesday said there was an altercation inside, with threats exchanged between Evans and Freeman.

That news release said that in the parking lot, Evans approached a car being driven by Freeman and Freeman pointed a gun at Evans.

That news release said Evans was both aware of the potential danger and Freeman possessing a firearm before approaching the vehicle.

The release said Evans continued his approach instead of calling police for assistance. It said Evans’ continued approach and use of a firearm placed everyone in what was a crowded parking lot in danger.

Nashville police in a news release on Sunday said the incident was an isolated one in which both men knew each other.

Nashville police gave a bit more information in a news release on Monday, saying after the shooting, the injured man was driven to the Walgreens pharmacy, which is about a mile and a half west to northwest in the 700 block of East Washington Street.

Officers, Nash County Emergency Services and Nashville Fire Department personnel arrived at the Walgreens to provide treatment and the injured man was treated and released, the news release on Monday said.

According to the news release from Nashville police on Tuesday, the investigation revealed Freeman’s girlfriend, Brainna Young, had driven Freeman to the Walgreens and gotten rid of Freeman’s gun before police arrived.

District Court records said Evans, of the 5900 block of Bud Lane, on Tuesday appeared before a judge and waived his right to court-appointed legal counsel. The records show Evans is due back in court on April 30.

Nashville police in the press release on Tuesday said Freeman, of the 10800 block of Church Street, was placed in the detention center under a $5,000 secured bond.

The police in the press release said charges are pending against Young, of the 13400 block of N.C. 43, for aiding and abetting.