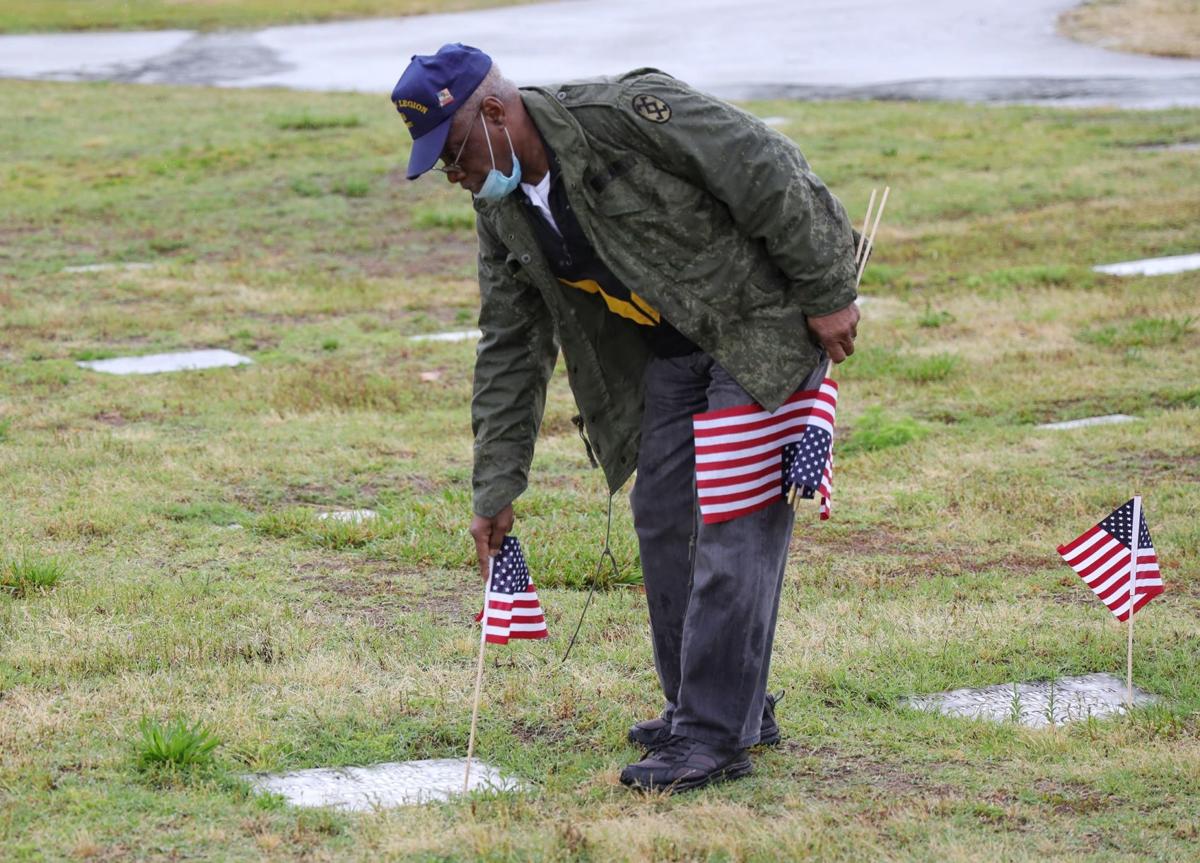 American Legion Coleman-Pitt Post 58 Commander Willie Smith places a flag on a veteran’s grave Thursday at Pineview Cemetery. Below, U.S. flags wave in the breeze at the cemetery. 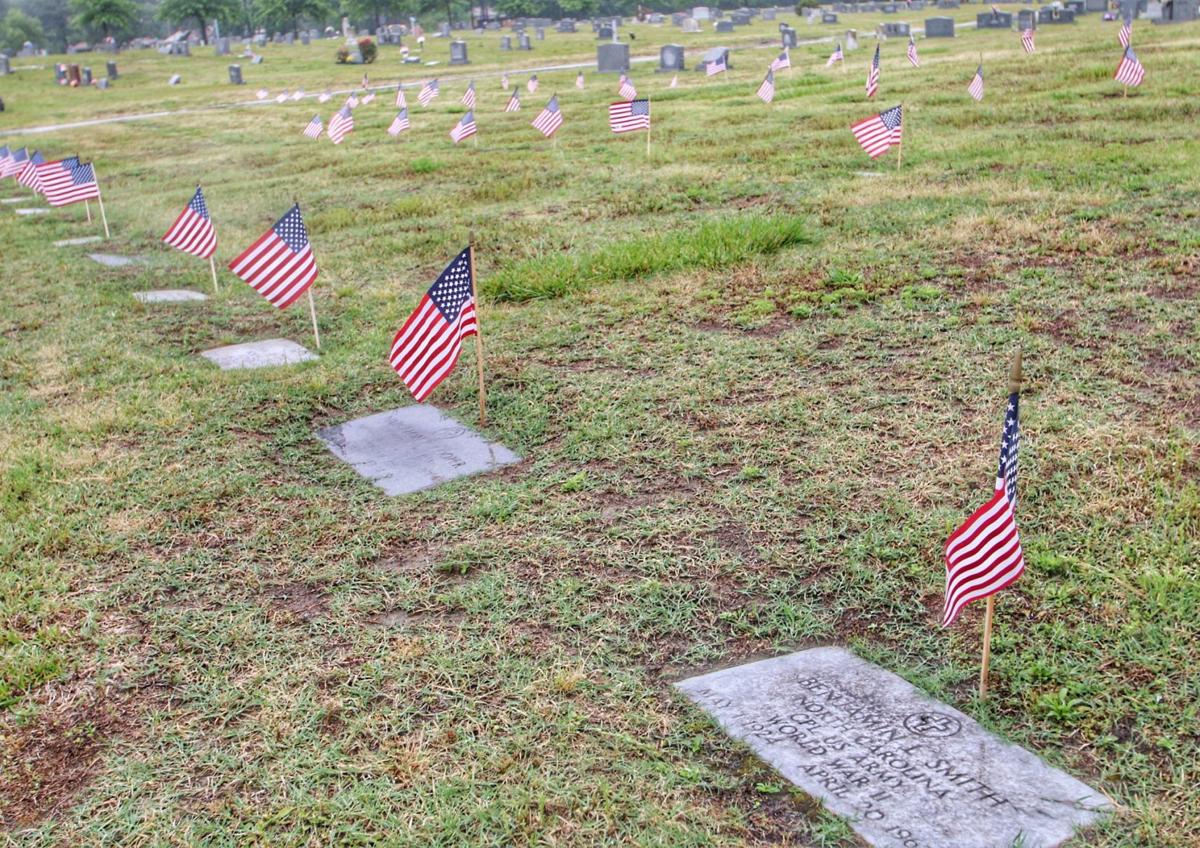 U.S. flags wave in the breeze Thursday at Pineview Cemetery.

American Legion Coleman-Pitt Post 58 Commander Willie Smith places a flag on a veteran’s grave Thursday at Pineview Cemetery. Below, U.S. flags wave in the breeze at the cemetery.

U.S. flags wave in the breeze Thursday at Pineview Cemetery.

Monday’s observance of Memorial Day in the Twin Counties will not be the same this year.

Despite the cancellations, the National Moment of Remembrance still will be observed at 3 p.m. Monday, as Americans are encouraged to stop whatever they are doing at that time and observe a moment of silence in rememberance of the nation’s fallen warriors.

As to the local observances, Jim Taylor, vice president of the Joint Veteran Committee of Nash and Edgecombe Counties, the organizing group for the Rocky Mount observance and vice commander of American Legion Coleman-Pitt Post 58 said, “We just couldn’t hold it.”

“Call it an overabundance of caution, but we didn’t know much (about COVID-19) when we held our meeting so, for safety’s sake, we canceled,” Taylor said. “We hated to do it but felt it was the right thing to do.”

“The rain didn’t stop us — it didn’t stop the vets that went ahead of us,” Taylor said. “And a pandemic and rain wasn’t going to stop us from showing our respects.”

In Tarboro, the Pilot Club has conducted the Memorial Day ceremony on the Town Common for a number of years. The ceremony includes the laying of a wreath in honor of the country’s fallen.

Following the conclusion of that observance, many in the crowd would move to the mural side of the Colonial Theater, where they would be joined by others for the laying of memorial bricks.

The museum traditionally has held brick-laying ceremonies twice a year — Memorial Day and Veterans Day — to honor the memory of Edgecombe County veterans. Nearly 900 bricks are in place with a directory available so that they can easily be located.

Like the Joint Veterans Committee, community safety was cited by the Pilot Club as the reason for the decision.

“For the safety of our community, the annual Memorial Day Ceremony sponsored by The Pilot Club of Tarboro has been canceled due to COVID-19,” according to a brief statement.

Additionally, all activities at the museum have been canceled until COVID-19 restrictions are lifted.

Museum leadership made that decision early on, citing the desire to protect older volunteers and visitors.

The modern Memorial Day had its beginnings as Decoration Day in April 1866 at Friendship Cemetery in Columbus, Miss., when a group of Confederate mothers, widows and daughters were placing flowers on the graves of fallen Confederate soldiers. They noticed a group of graves in a corner of the cemetery and discovered it to be the final resting place of a number of Union soldiers.

It was written at the time that the group decided to also place flowers on those graves because they would not have wanted their loved ones to have been so far from home and not be remembered.

Those 32 Union soldiers, who were thought to have been killed at the Battle of Shiloh, later were re-interred near where they fell at Corinth National Cemetery in northern Mississippi.

That first observance led to the modern observance of Memorial Day, which was held on May 30 from 1866 until 1971, when Congress changed the observance to the last Monday in May.