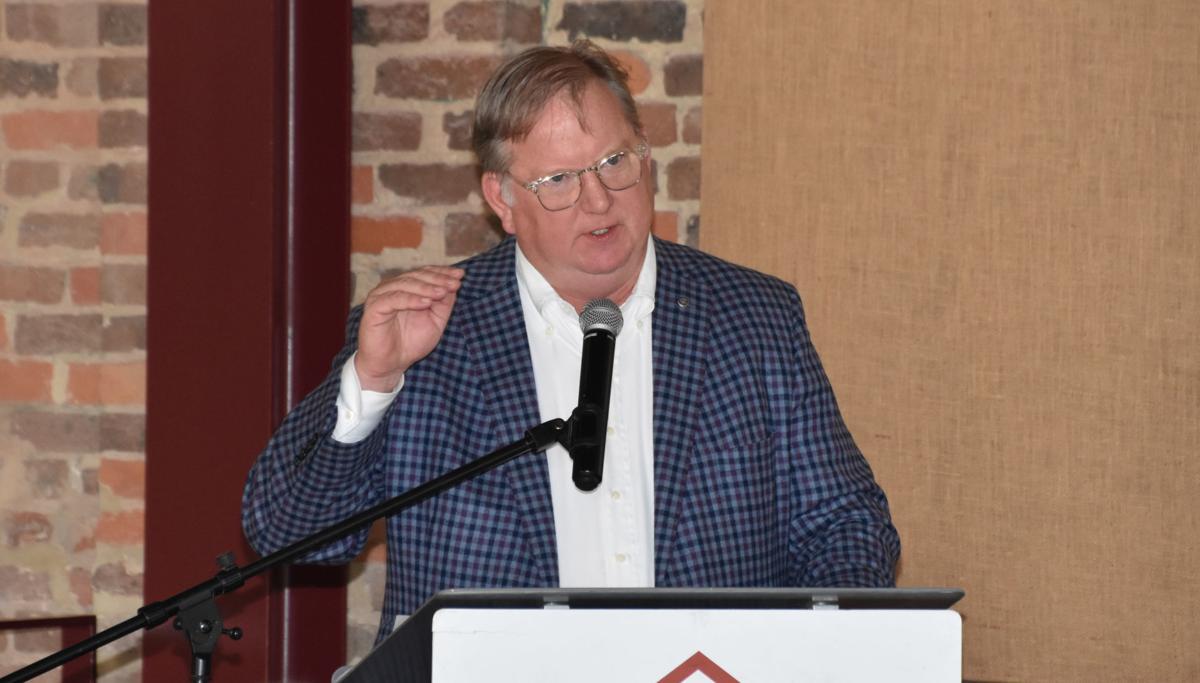 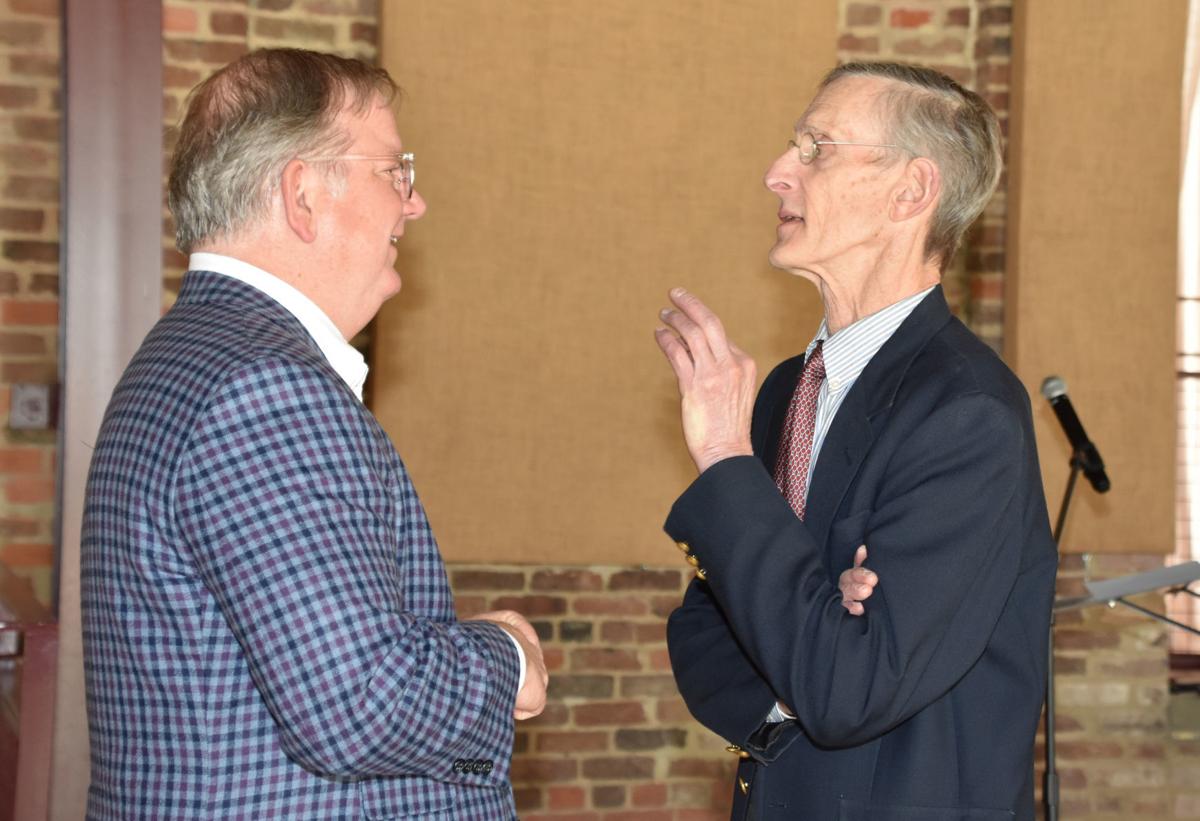 Mayor Sandy Roberson visits with Mark Frohman after speaking at Monday’s gathering of the Rotary Club of Rocky Mount.

Mayor Sandy Roberson visits with Mark Frohman after speaking at Monday’s gathering of the Rotary Club of Rocky Mount.

Mayor Sandy Roberson told the Rotary Club of Rocky Mount he does not know a single community in the nation bursting at the seams with a dynamic economy and with a diverse population that does not have a world-class public education system.

“And we’ve really got to begin to embrace that and accept that as something that we need to consider to be important in our world,” Roberson told the gathering, which met on Monday afternoon in the Rocky Mount Mills Power House.

Roberson told the gathering he and others acknowledge the importance of quality education while visiting at cocktail parties, over lunch and over dinner.

Roberson was sworn into office on Dec. 9 after having been elected in a Nov. 5 runoff.

Since then, Roberson, noting he is “a numbers guy,” has been seeking input from transition team members, including about the challenges the Rocky Mount area faces from an academic and economic perspective.

“We have a net migration away from the community, folks who have jobs here, fairly high-paying jobs, who commute into town yet leave every single day,” he said. “And the impact that could have in our community is very, very significant.”

He noted a question is how to bring about change when a third of the local student population lives in poverty.

He also noted what that means is that food insecurity is something pretty common in the lives of those students.

He said while he considers himself a fiscal conservative, he made clear he believes in the need for everyone to try to raise the community up.

Specifically, Roberson said of having a top-flight education system.

Looking at data for education in the Twin Counties, Roberson said what one finds is that roughly 21 percent of the Edgecombe County schools and roughly 41 percent of the Nash-Rocky Mount schools are not meeting the goals of expected progress growth.

“We find out that we have a very high dropout rate — and that it’s disproportionately high,” Roberson said. “That percentage is really among males. Males seem to win the prize.”

At the same time, he emphasized that when looking at low-performing schools, the funding is not way out of line and the system is doing what it is designed to do.

“We’re providing the teachers,” he said. “We have caring teachers. We have caring principals. In fact, what you find is the student body — if a student comes from a household where there is stability — they have the same chances that the rest of the world does.”

He said top local educators among his transition team were asked if they had a million dollars, where would they spend the money.

He said they would apply the funding to the student body and provide them with the items they need, as opposed to greater pay for instruction and pay for facilities.

He also spoke of himself and transition team members taking field trips to see what is being done elsewhere in education.

This included going to Lexington, Ky., to see the Black Males Working Academy, which is a private academic enrichment program for African-American young men.

A key purpose of the program is to close the academic achievement gaps existing in the school system for African-American males.

Those in the program also receive tutoring to prepare them to take the standardized tests accepted by most colleges and universities for admissions.

Roberson told the gathering he found out graduates had impressive average ACT scores and that 95 percent of the participants graduated.

Editor’s Note: This story has been updated to correct erroneous information contained in the original.