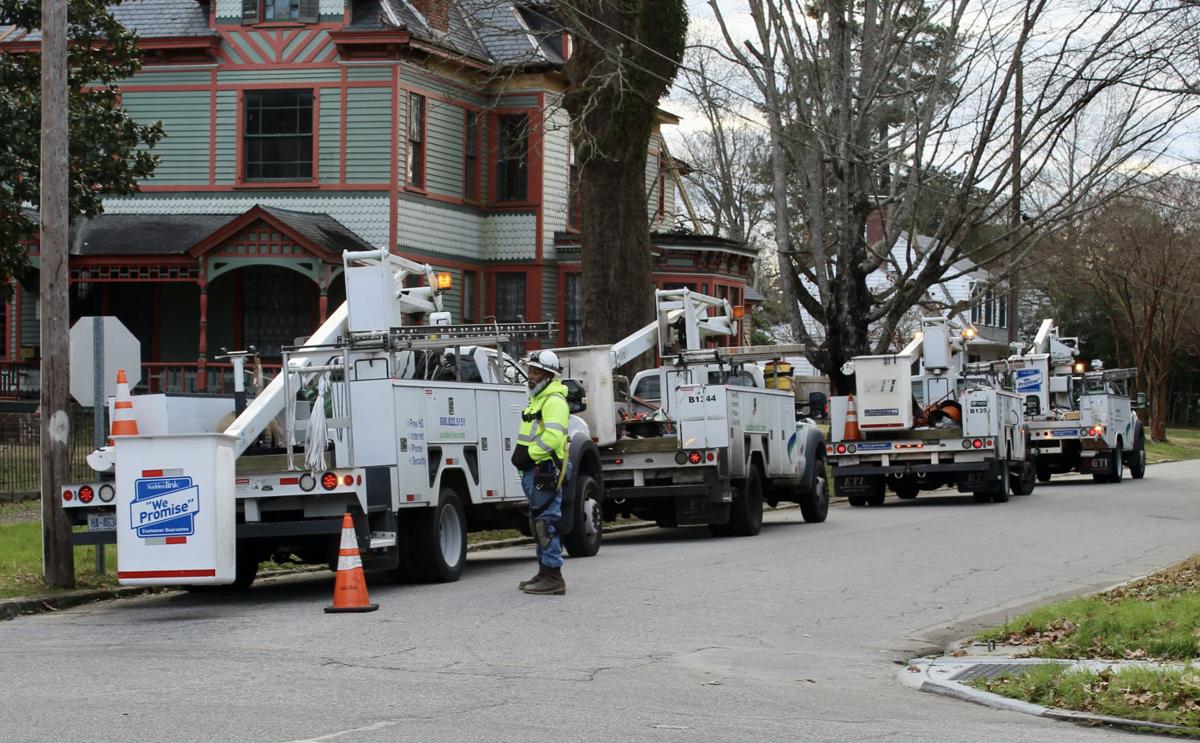 A Suddenlink worker stands next to a bucket truck at the corner of Battle and Main streets on Jan. 6 in Tarboro. 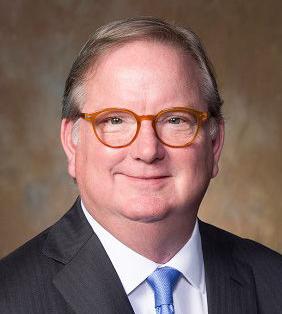 Mayor Sandy Roberson, in text provided to the Telegram, also is asking state Attorney General Josh Stein for guidance amid numerous gripes by customers about poor service from the television and internet services giant.

“Many of us feel that this is due to the monopoly they hold in this area,” Roberson is telling Stein.

Roberson also is telling Stein that this has been an ongoing problem that has increased due to more people staying in their homes and working online amid the coronavirus pandemic.

“Unlike all of us, Suddenlink has not evolved to meet the demand nor shown any compassion toward their customers,” Roberson says in the text.

In addition to calling for an investigation, Roberson is urging Stein to provide counsel and direction on how to best introduce competition into the marketplace “so that cable companies will need to offer the best services, best price and best customer service in their efforts to gain, and keep, customers.”

Altice USA Communications Manager Ashwin Bhandari told the Telegram in an email that “Suddenlink is committed to delivering the best service and support to local residents and businesses in Rocky Mount and across North Carolina and we are engaged with the mayor and local officials to address any concerns.”

Roberson told the Telegram over the phone he understands the early days of cable television service involved so much infrastructure and expenses that it would be necessary to be able to at least allow a company to recoup costs, in turn resulting in a monopolistic approach.

“But I think those days have come and gone and maybe new technologies are out there that can provide us with some hope,” Roberson said.

Roberson, who was sworn in as mayor in December 2019, said representatives of CloudWyze, which presently is placing internet service in phases in Nash County, happened to reach out to him perhaps a year ago.

Roberson said since the situation with Suddenlink has come up, representatives of CloudWyze have reached out again.

Roberson said he is trying to connect them with Mayor Pro Tem Richard Joyner and maybe will try to make introductions to other council members.

Roberson said he does not know what CloudWyze’s proposal is or will be, but he emphasized his point is that there are others out there who perhaps can provide an alternative service to the satisfaction of Rocky Mount residents.

The Telegram reported on Jan. 1 that Tarboro town officials, via a letter by Mayor Joe Pitt, asked Stein to investigate the business practices of Suddenlink and Altice USA.

Pitt said in the letter that while service issue complaints have been ongoing for years in Tarboro, COVID-19 has exposed the scope of problems of both the infrastructure and service delivery of Suddenlink.

The council agreed to come up with a plan of action in response to complaints about poor service by Suddenlink.

Roberson told the Telegram he has been waiting to see a sample resolution from the council and City Attorney Jep Rose but has yet to do that.

“And it’s just getting kind of long in the tooth in terms of time,” Roberson said of his belief in a need for sending a letter to Stein.

The Telegram on Jan. 14 reported that Suddenlink dispatched extra outside-the-company crews to Tarboro to fix service issues there, but that a representative of the company said apparently this was an infrastructure issue and would not be a quick fix.

The Telegram’s sister paper in Greenville, The Daily Reflector, also reported on Jan. 14 that the Greenville City Council unanimously voted to allow a new internet and television services company, MetroNet, to operate in the Pitt County seat.

The City of Rocky Mount and all but a small number of municipalities are forbidden by state law from directly getting into the internet service business.

That is because the majority of the General Assembly in 2011 passed a bill to keep municipalities from creating local internet services.

Telecommunications giants such as what was Time Warner Cable and CenturyLink pushed for the legislation, arguing such a law was needed to protect the free market for internet service.

The telecommunications giants argued local governments could pump revenues from electricity and other utility services into an internet infrastructure, creating an unfair advantage in the marketplace.

As a compromise, municipalities already providing internet service in their respective cities or towns — Wilson, Mooresville, Salisbury and Morganton — were grandfathered in, but one opposition lawmaker at the time called the then-proposed legislation “Time Warner’s bill.”

Suddenlink has officially been placed on notice by the State of North Carolina.