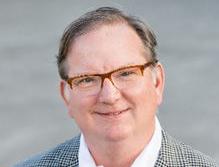 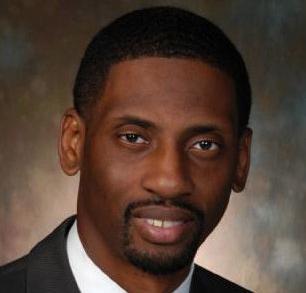 Mayor Sandy Roberson is asking for a City Council member to resign in the aftermath of the findings by State Auditor Beth Wood’s and her team’s probe of the City of Rocky Mount, which included finding out more than $47,700 of the council member’s utility bills were taken off the books.

Additionally, Roberson is calling for City Manager Rochelle Small-Toney to reimburse money the probe showed she misspent while traveling.

And Roberson is calling for council members to sign what he is calling a “Contract with Rocky Mount,” this to restore the trust of taxpayers by having high ethical standards.

Wood and her team, in a report made public on Friday, found instances of certain city officials receiving preferential treatment, certain city policies not having been followed and a lack of collections of certain money owed to the city.

Wood and her team also found out there was not an in-house contact for matters regarding the Americans with Disabilities Act. This meant the city could have been at greater risk of legal liability for ADA violations.

“And we need to start right now to rise above those misdeeds and become the city of excellence, which I know to be our birthright,” Roberson said. “That opportunity to make change and do things right is only going to happen, I believe, if we take these next steps.”

Roberson said he believes the first step is for the council member specified in the state audit report to admit having received favorable treatment and to repay the city.

A key part of the findings of the probe by Wood and her team showed multiple city officials prevented the municipal Business Services Center from trying to collect $47,704 in utility bills owed by the council member.

The council member is not identified by name in the state audit report, but published news reports and postings on social media have identified Councilman Andre Knight as the city elected official at issue.

During the teleconference, Roberson asked for the council member “to do the honorable thing” and step down, adding, “As an elected official, we should be held to a higher standard of ethics and integrity.”

Knight did not respond to a phone voicemail from the Telegram seeking comment.

During the teleconference, Roberson called for Small-Toney to repay the city what the state audit report said she used the municipal credit card for unallowable travel expenses, including in an extravagant manner in instances.

The municipal communications and marketing department did not respond to an email from the Telegram seeking comment about Roberson’s reference to Small-Toney.

During the teleconference, Roberson said he is going to call an emergency meeting of the council for Thursday to discuss steps to commit to leading ethically by signing the Contract with Rocky Mount. Roberson also called for city residents to phone their council members, attend and share their opinion with the council members regarding the actions they would have the council members take.

Roberson outlined a list of major reforms he believes should be put into place:

Roberson also said he believes the reforms should include requiring council members at council meetings to identify conflicts or appearances of conflicts when an item comes up — and should include refraining from any participation in that item and only voting if required by law.

“This is only the beginning, but this is how we must start,” Roberson said. “I have pledged to work with everyone in Rocky Mount, to champion them, to listen and to be a team member.

“Everyone has a voice here in Rocky Mount and we again can become the City on the Rise,” Roberson said. The latter is a play on a longtime local boosterism slogan.

“As we rise out of this low point in our history, we will find ourselves,” Roberson said. “We will know this is the only stopping point on the way back up.”

State audit report about the City Of Rocky Mount

A special meeting of the City Council is set for 2 p.m. today in the aftermath of the release of the report of the probe of the City of Rocky …