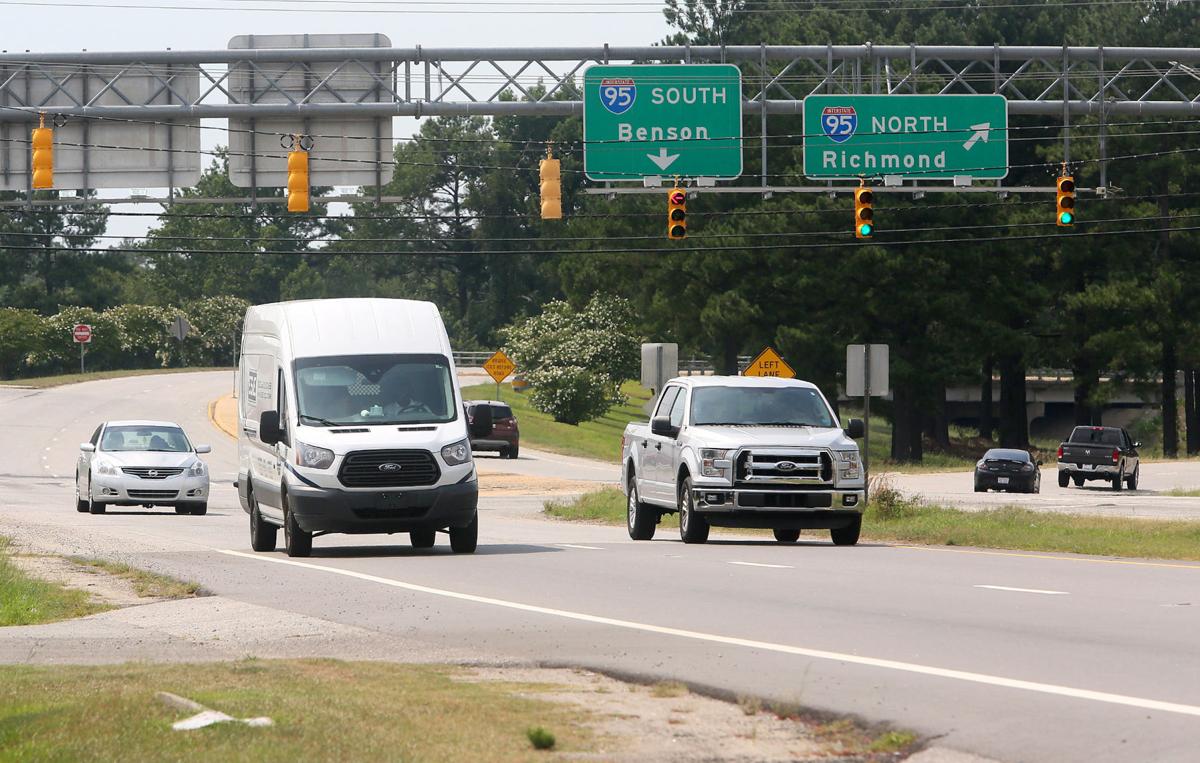 Traffic flows through the intersection of N.C. 4 and N.C. 48 on Tuesday at the entrance and exit ramps for Interstate-95 in Gold Rock. 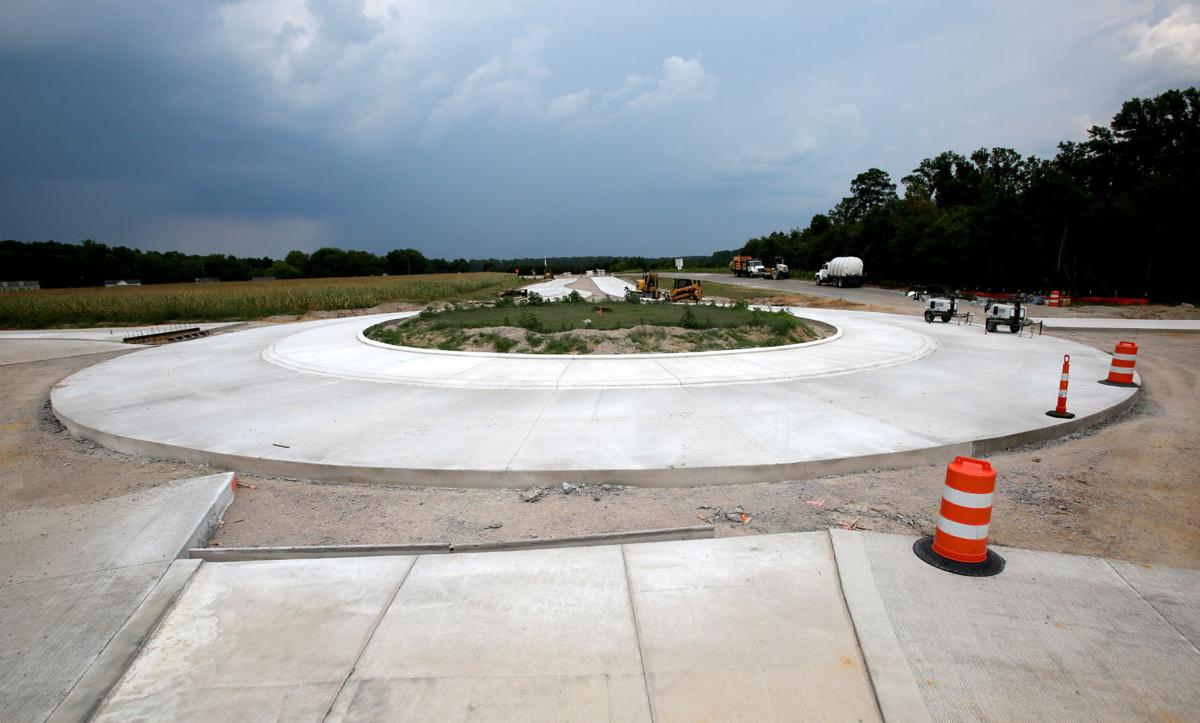 Construction of a roundabout continues Tuesday at Morning Star Church Road and Old Battleboro Road near the Battleboro community.

Traffic flows through the intersection of N.C. 4 and N.C. 48 on Tuesday at the entrance and exit ramps for Interstate-95 in Gold Rock.

Construction of a roundabout continues Tuesday at Morning Star Church Road and Old Battleboro Road near the Battleboro community.

The upgrade of Wesleyan Boulevard and the proposed widening of Sunset Avenue, Eastern Avenue and Old Carriage Road are hardly the only major highway projects on the books in the Rocky Mount area.

In northeastern Nash County, the trumpet-shaped N.C. 4 and Gold Rock interchange with Interstate 95 will be demolished and replaced with a diamond-shaped interchange.

Additionally, the new interchange will have roundabouts on the east and west sides.

State Transportation District Manager Bobby Liverman said the bottom line is that the present interchange is not up to modern interstate standards.

Liverman said bids on that project will be unsealed in April 2020, with the cost estimated at $19.7 million but no completion time yet set.

He also said the interchange will be configured to include a link to what is an inaccessible Halifax Road.

However, motorists wanting to get onto southbound I-95 must cross a viaduct, bend right, face a speed limit of 25 mph and make a loop to the right.

“This loop is way too tight,” Liverman said as he recently discussed the project with the Telegram.

The situation is not much better for motorists on southbound I-95 wanting to get onto N.C. 4 and go to N.C. 48. They have to exit to the right, decelerate to 45 mph, bend to the left and cross the same viaduct.

When complete, the new interchange will provide truckers with easier access to the future CSX intermodal facility and the Whitaker Business and Industry Center.

The intermodal facility will be off U.S. 301 in Edgecombe County, off in the distance east from the front of N.C. Wesleyan College.

The plan is for truckers going to and from the CSX facility to use a four-lane N.C. 4, Red Oak-Battleboro Road, Morning Star Church Road and Old Battleboro Road.

To keep help those trucks moving, a roundabout will replace what has been a conventional junction at Morning Star Church and Old Battleboro. Rose Brothers Paving Co. is constructing the roundabout.

To make traffic flow from the CSX facility toward I-95 easier, Rose Brothers also is improving the junction of Red Oak-Battleboro Road and N.C. 4 to include an acceleration lane to the right.

Liverman said Rose Brothers Paving is facing a Dec. 18 deadline on that project, which is costing $3.57 million.

In the meantime, the Whitaker Business and Industry Center is a busy place off N.C. 48 south of the I-95/N.C. 4 interchange. The center includes The Cheesecake Factory plant, which produces about 11 million cheesecakes per year.

Another planned project is in the Dortches area, where N.C. 43 will be widened from two lanes to multi lanes from I-95 to Woodruff Avenue northwest of Thomas A. Betts Parkway.

Liverman said the bids will be unsealed in 2026 for the work on N.C. 43, with no completion time yet set. The state Transportation Department website has the project cost estimated at nearly $13 million.

Not all of the projects are planned in rural Nash County.

Northwest of downtown Rocky Mount, a roundabout will be built on Benvenue Road south of the U.S. 64 overpass and north of Stonewall Drive.

The roundabout will replace what is a conflux of Benvenue, the eastbound U.S. 64 entrance and exit lanes and Battle Park Lane.

Liverman said bids will be unsealed in January 2022 for that project, with an estimated cost of $2 million and no completion time yet available.

Overall, the state Transportation Department is extensively investing in the Rocky Mount area.

Wesleyan Boulevard, which is U.S. 301, is being improved from May Drive to Benvenue Road at a cost of about $28 million. The new traffic pattern is set to be ready by the end of the year.

Liverman estimated that project will cost about $100 million and be complete by early November 2023.