Log In Sign Up
You are the owner of this article.
Edit Article Add New Article
You have permission to edit this article.
Edit
News
Opinion
Sports
Features
Obits
Multimedia
Local Events
Jobs
Classifieds
e-Edition
Our Sites
Extras
Share This
1 of 6 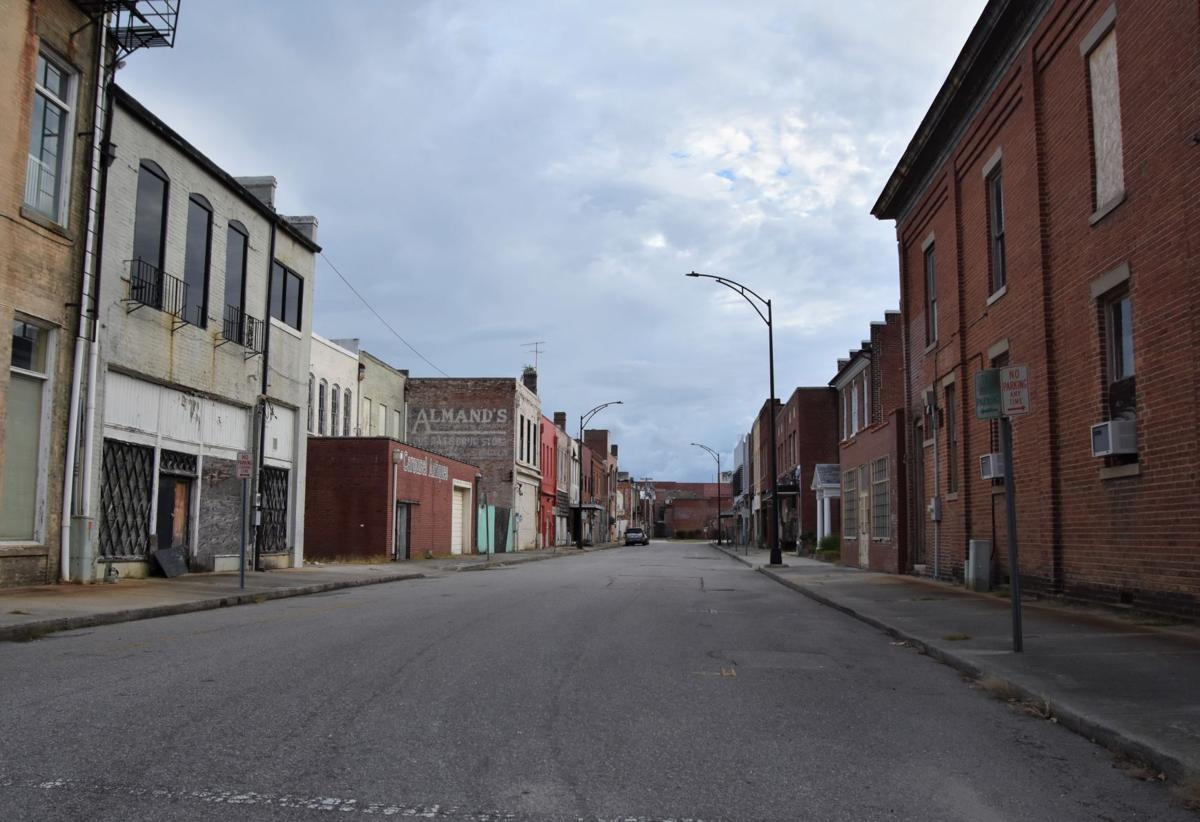 Discussions have been in progress about Howard Street becoming the scene of an arts district. 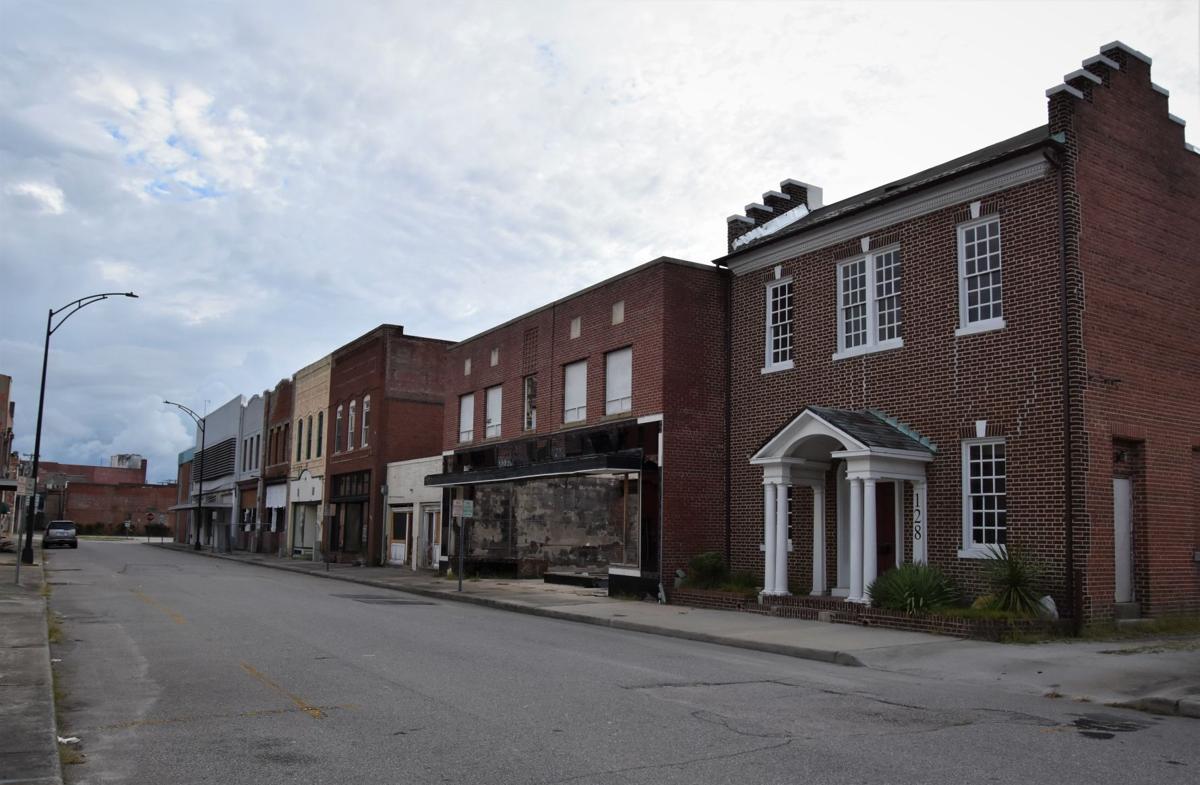 Part of Howard Street is shown here on Thursday. Discussions have been in progress about the street becoming the scene of an arts district. 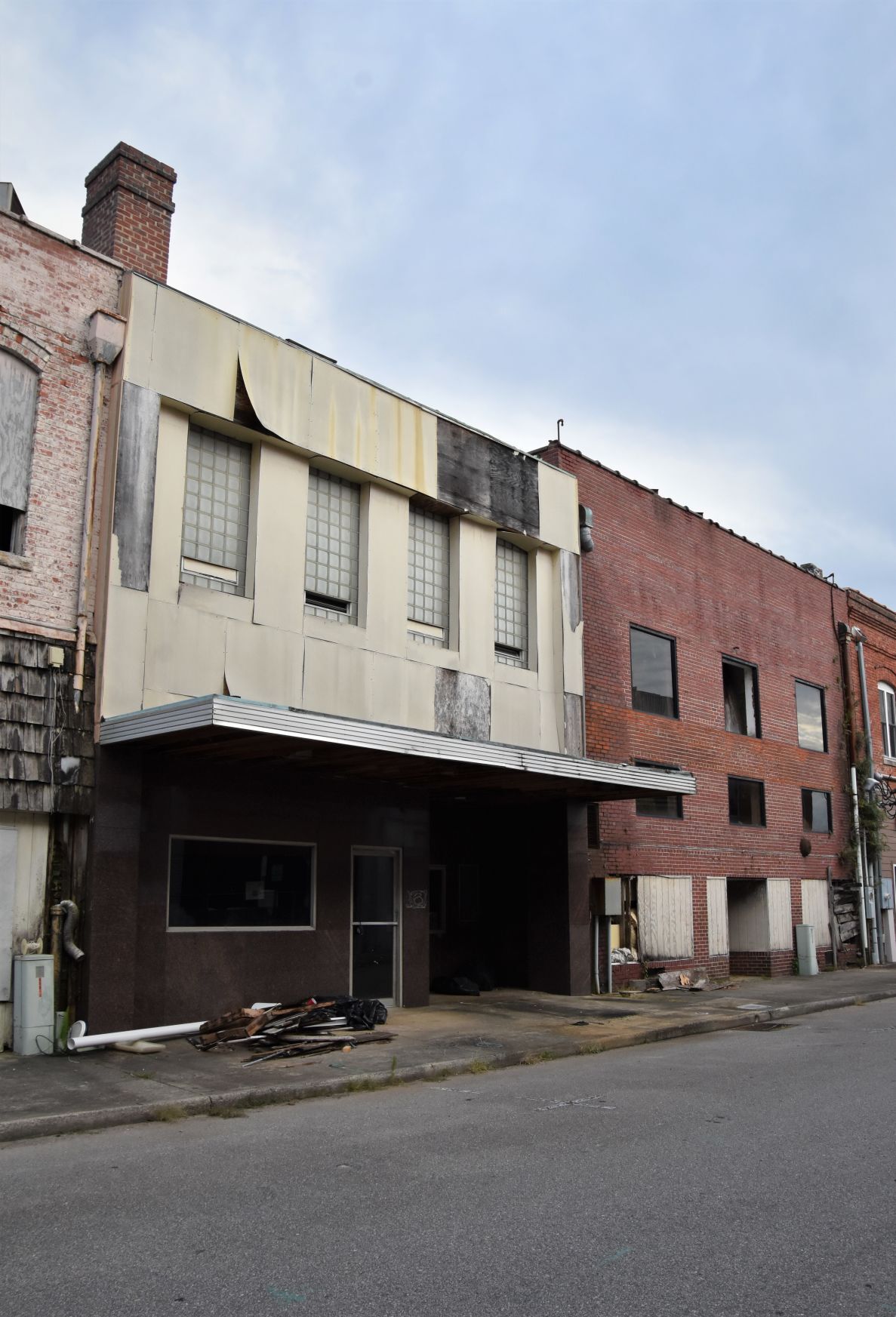 Parts of Howard Street have unsightly appearances. Discussions have been in progress about the street becoming the scene of an arts district. 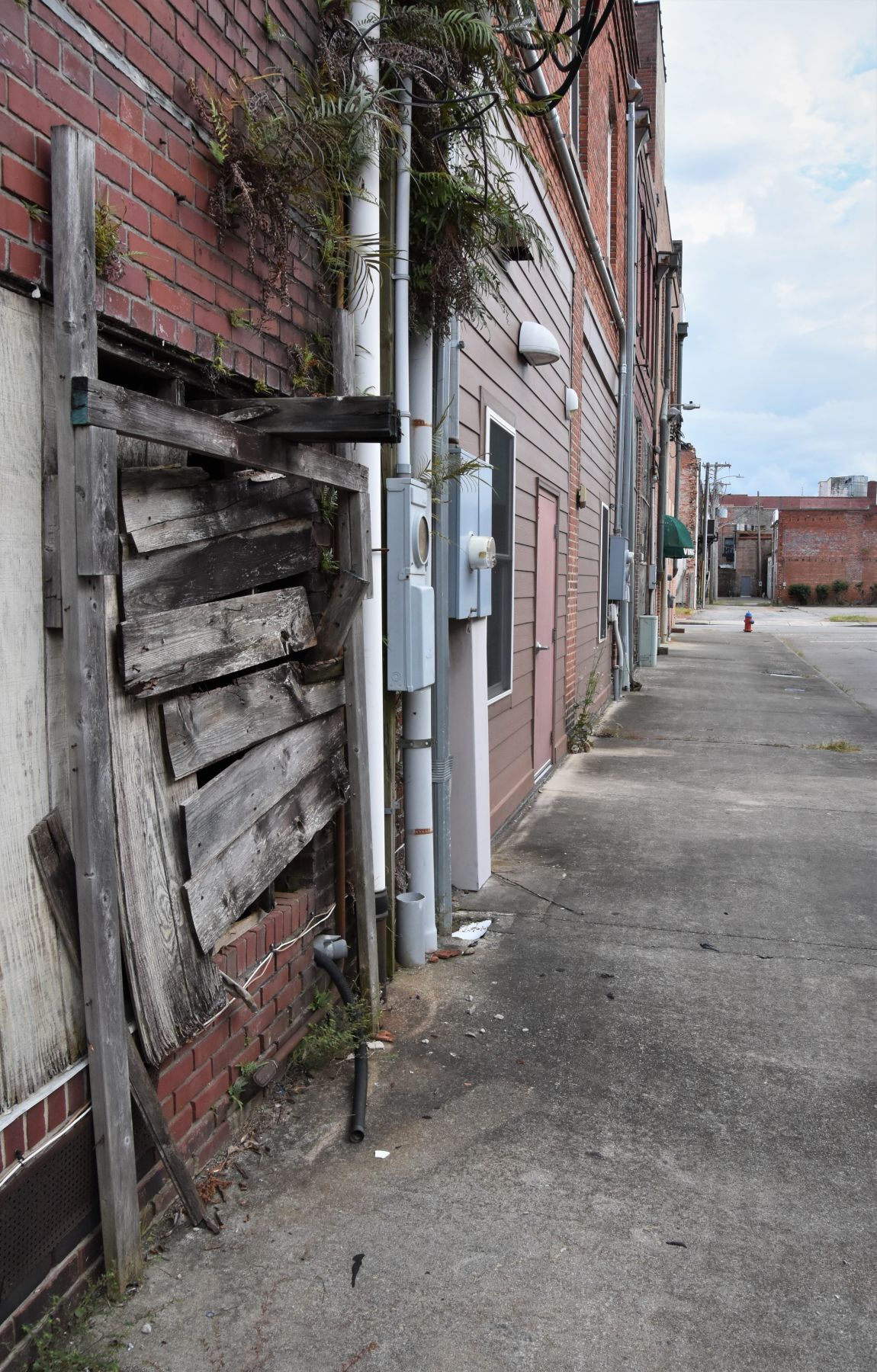 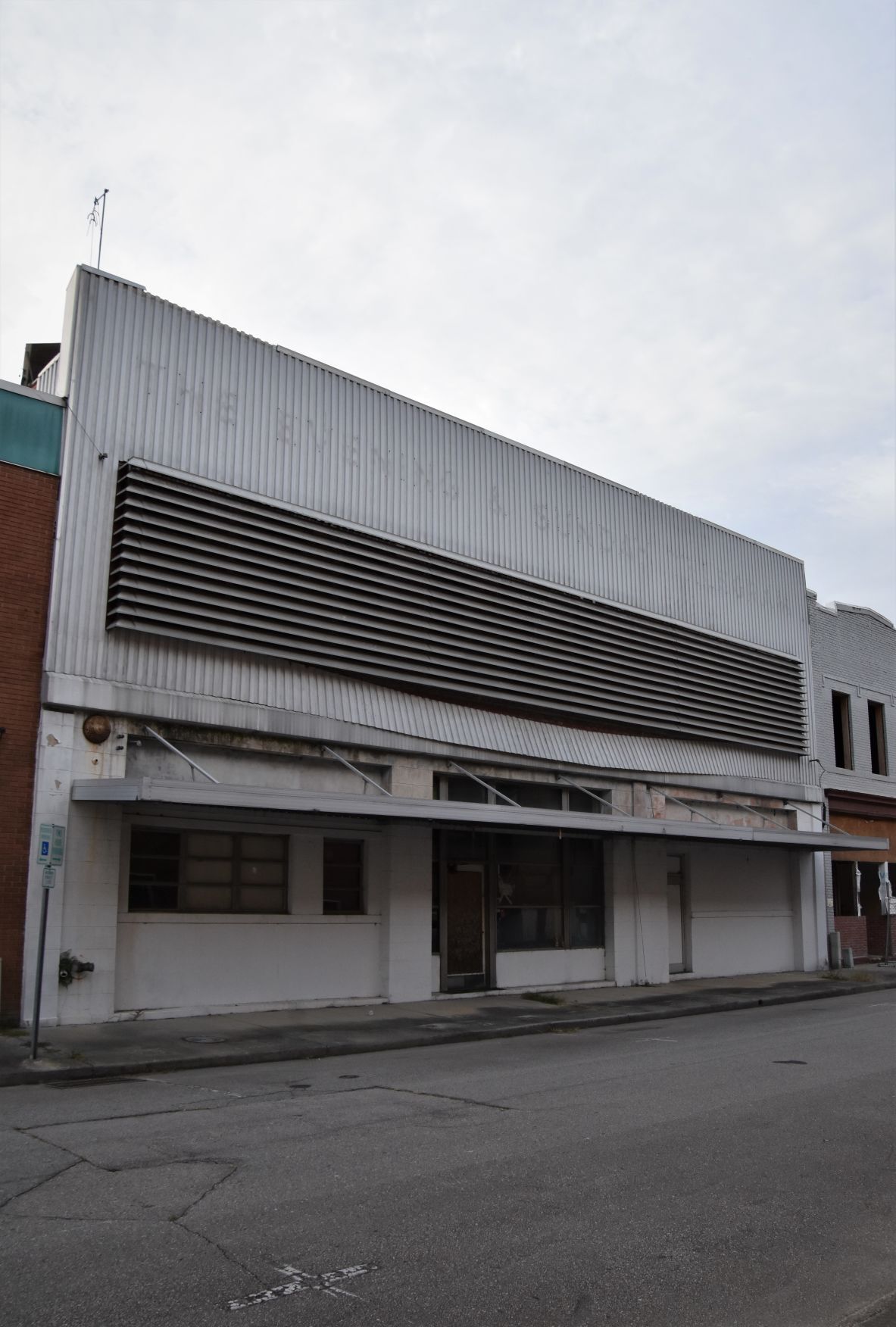 This building along Howard Street was once the longtime location of the Telegram.

Discussions have been in progress about Howard Street becoming the scene of an arts district.

Part of Howard Street is shown here on Thursday. Discussions have been in progress about the street becoming the scene of an arts district.

Parts of Howard Street have unsightly appearances. Discussions have been in progress about the street becoming the scene of an arts district.

This building along Howard Street was once the longtime location of the Telegram.

A statewide arts official on Saturday is going to participate via teleconferencing with a group of Rocky Mount residents interested in having a vibrant arts district in the heart of the city.

Leigh Ann Wilder, who is the creative economies director at the N.C. Arts Council, told the Telegram she is going to have a conversation with the people in the group, which plans to convene at noon.

Discussions have been ongoing locally since at least as far back as autumn 2019 about having an arts district along Howard Street as part of a continuing effort to revitalize downtown. And there is a desire to include part of Church Street in the arts district.

Wilder told the Telegram over the phone on Thursday she will be asking more of the appropriate questions she believes people should ask themselves when they are ready to have an arts district.

She said questions include, “Is there a problem they are trying to solve? Is this something where they want to connect the local arts resources? Why do you want to have a cultural arts district in the first place? What do you hope to accomplish? Is there interest in creating a plan?”

She said other questions include whether there are people behind the idea, who should be involved, who the key players are and whether this is a logical geographic area for the arts district to occur.

“So I’m going to be talking to them about their decisions around that or have they asked themselves those questions,” she said. “We’re just going to be exploring it, basically.

The N.C. Arts Council is a state agency that is part of the state Department of Natural and Cultural Resources.

The arts council delivers resources to arts organizations and artists to support projects and programs of public value that revitalize downtowns and educate and empower North Carolina youths — and fuel a thriving nonprofit creative sector that generates more than $2 billion a year.

The discussion planned for Saturday surfaced at the Sept. 9 meeting of the Central City Revitalization Panel.

Developer Charles Roberson, who serves on the CCRP, said the plan is for people intending to participate in the discussion in person to be at the Bel Air Art Center and for the meeting to be from noon to 1 p.m.

Roberson also made clear that owners of buildings and stakeholders lack the expertise or time to secure grants to help fund the arts district and that he would like the City of Rocky Mount to bring in a grant writer.

City Councilwoman Chris Miller and Rocky Mount Area Chamber of Commerce President and CEO David Farris said they would be interested in participating in the discussion on Saturday via teleconferencing.

Miller represents a pro-downtown rehabilitation group on the CCRP. Farris serves on the CCRP by virtue of his position.

CCRP Chairman Garland Jones asked Downtown Development Manager Kevin Harris whether the city has a grant writer. Harris said the municipality has one that serves in the Parks and Recreation Department.

Harris said he could inquire, but that Parks and Recreation seems pretty tight-fisted with that person’s time.

Miller said she was unsure how well that would work in the context of divided loyalties and the expertise being sought.

“Well, he has been at it a while,” Harris said of the grant writer.

Miller made clear she believes having a grant writer to seek funds for the arts district is definitely something worth considering.

Farris said a grant writer is a specialized position.

“There’s money out there, but you’ve got to find the right individual who knows how to write the grant and research it and find out where the money is,” Farris said, noting not all foundations fund the same things.

Roberson said that given there are interested parties and site control of the buildings of willing participants, “I think now is the time to take advantage of it — and nothing is going to be built without the resources that’s needed.”