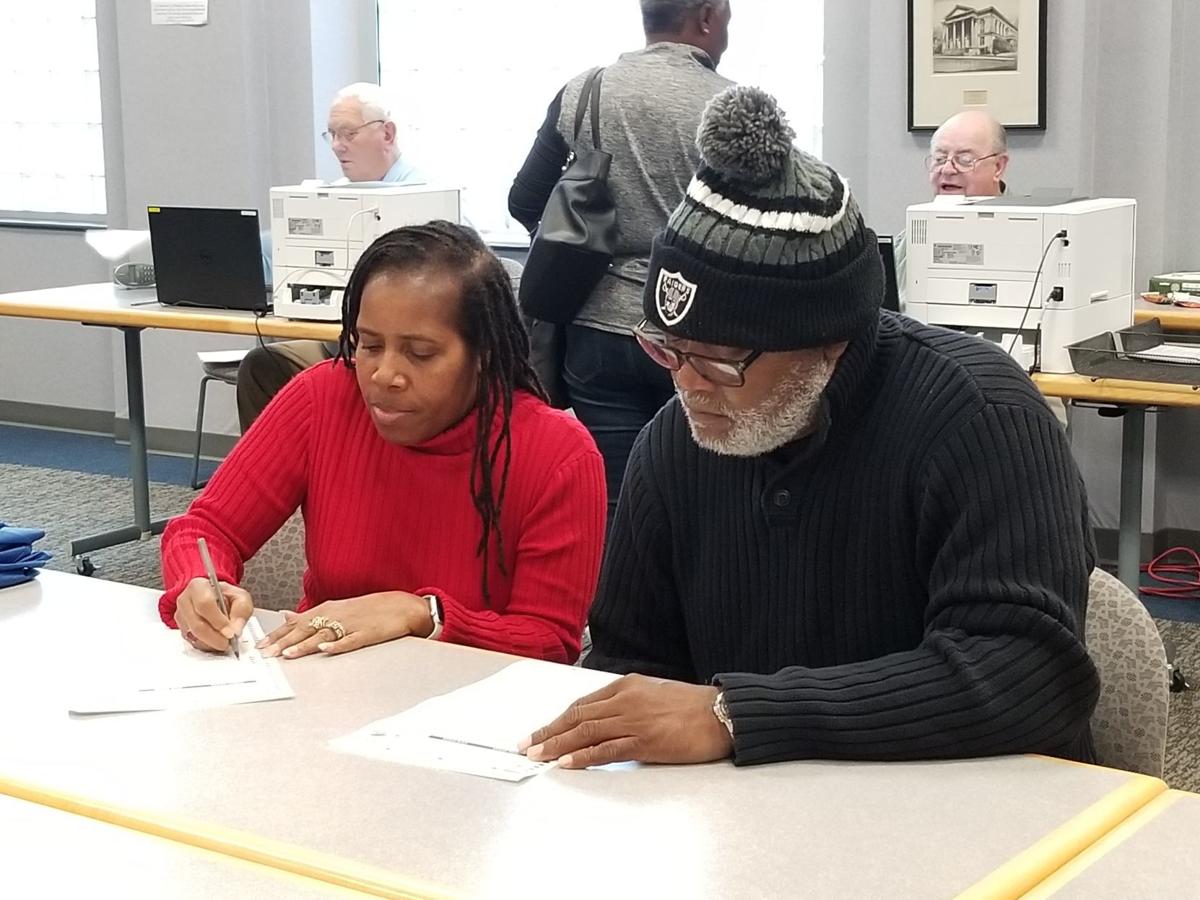 Olga and Clyde Brake fill out their ballots during the first day of early voting Thursday at Braswell Memorial Library. 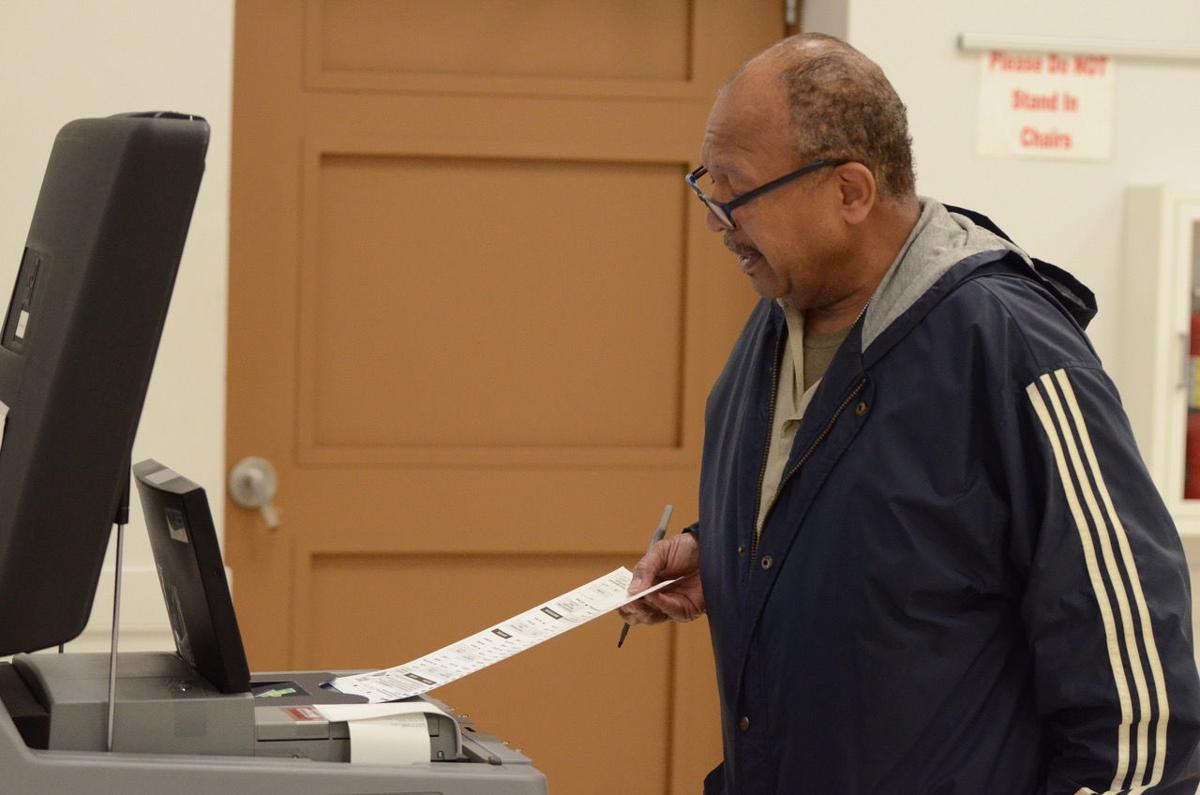 David Storman casts his ballot during the first day of early voting Thursday at the Edgecombe County Administration Building in Tarboro. 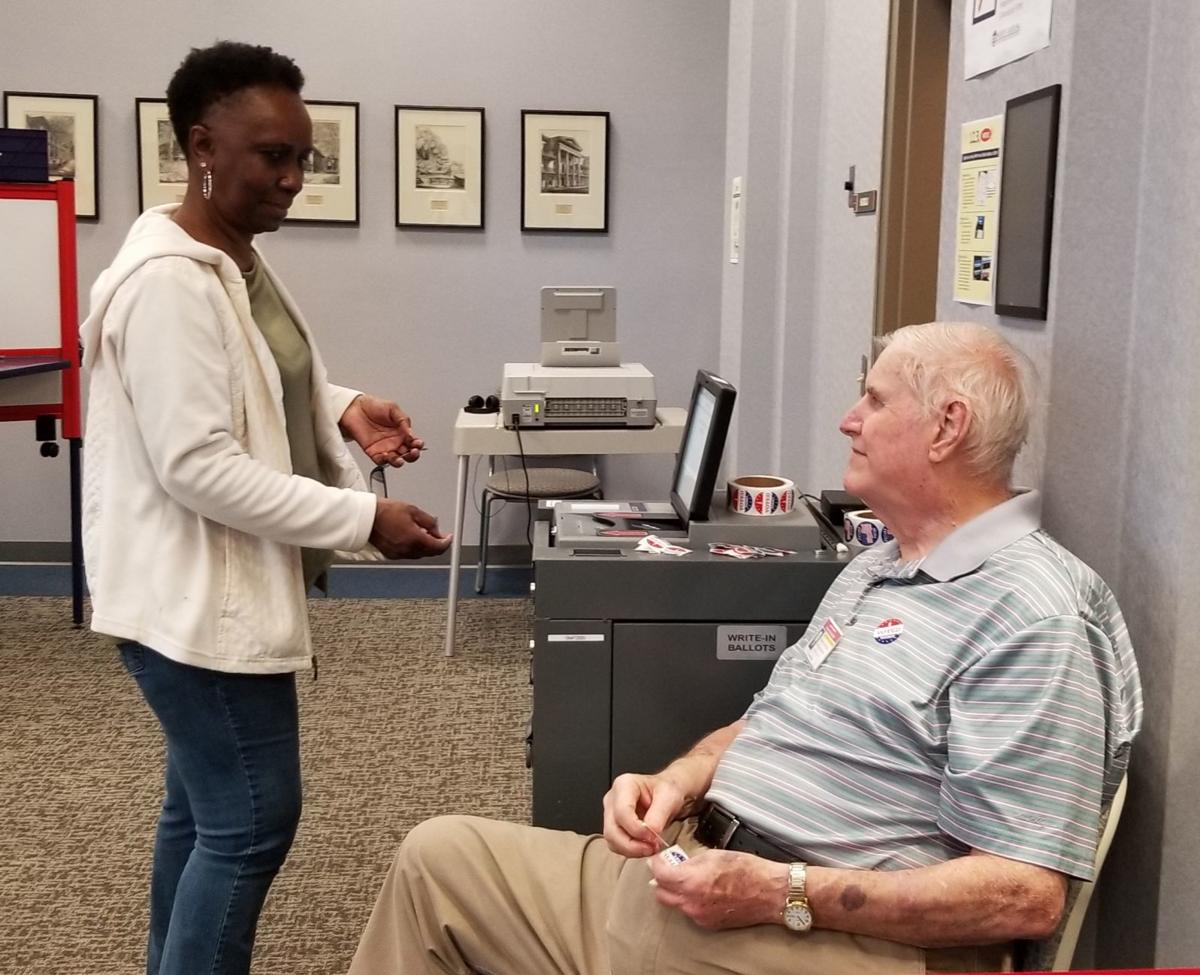 Olga and Clyde Brake fill out their ballots during the first day of early voting Thursday at Braswell Memorial Library.

David Storman casts his ballot during the first day of early voting Thursday at the Edgecombe County Administration Building in Tarboro.

One-stop in-person early voting for the 2020 primary elections began Thursday and will remain open until the end of the month.

Select polling places in Nash and Edgecombe counties will be open from 8 a.m. to 7:30 p.m. on Mondays through Fridays during this time and from 8 a.m. to 3 p.m. on the Saturdays they are open.

Sarah Wallace, a Nash County resident, already was at Braswell Memorial Library on Thursday morning to vote for her favorite candidates.

“I have always voted early,” Wallace said. “If you come early, you avoid the crowds. When I was working, I had trouble getting off work on Election Day, so I had to come out early.”

Clyde and Olga Brake also were at the library on Tuesday. Early voting has become a tradition for them, they said.

Donald Wyatt Phillips, who was acting as the one-stop machine monitor at the early voting site at the library, said that business was slow but steady the first day. By about 11 a.m., roughly 30 Nash County residents had cast their ballots.

Not only can Nash County voters vote at Braswell Memorial Library, but they also can vote at the Board of Elections office at the Nash County Agriculture Center at 1006 Eastern Ave. in Nashville and at the Mount Pleasant Community Building at 7637 Harris Road in Bailey.

Edgecombe County also will have three voting sites open for early voting. These locations include the Carmon Auditorium in the Edgecombe County Administration Building at 201 St. Andrews St. in Tarboro, the Department of Social Services Building at 301 S. Fairview Road in Rocky Mount and the Pinetops Branch Library at 201 S.E. First St. in Pinetops.

Twin County residents will be voting for candidates at the local, state and federal level during the primary.

In Edgecombe County, voters in District 2 will need to choose between county Commissioner Viola Harris and challenger Calvin Harris, both Democrats, for their choice for the Edgecombe County Board of Commissioners. That candidate will run unopposed in the November election.

The school board election also will be an important one for Edgecombe County as the final decision for this board will be made during the primary. Voters in the school board’s District 6 will have to choose between incumbent Raymond Privott and challenger Kimberly Wittig. Two more seats are up for election and will be on the ballot, but incumbents William “Dino” Ellis of District 4 and Lillie R. Worsley of District 2 are running unopposed.

Nash County school board members will not be on the ballot until November.

However, Nash County residents will decide a couple of additional races.

Republicans John M. Check of Rocky Mount and Steve A. Matthews of Spring Hope are vying in the primary to see who will challenge state Rep. James Gailliard, D-Nash, for his District 25 seat in November.

And since state Sen. Rick Horner, R-Wilson, is not running in this year’s election, the Republican and Democratic candidates for the state Senate District 11 seat will be decided in the primary. Albert R. Pacer of Zebulon is facing off against Allen Wellons of Smithfield in the Democratic race. State Rep. Lisa Stone Barnes, R-Nash, is vying with Dennis Nielsen of Middlesex and Patrick Harris of Smithfield for the opportunity to represent the Republicans in that race in November.

According to information provided by the State Board of Elections, during the 17-day early voting period, any registered voter may vote at any early voting site in their county before the primary, which is March 3. People also may register and vote at the same time using same-day registration.

During the early voting period, registered voters may update their name or address but may not change their party affiliation.

Voters also may cast their ballots by mail through absentee voting or in person on Election Day. The deadline to request an absentee ballot for the March primary is Feb. 25.

Though this was to be the first election requiring photo ID, that requirement has been waived for now. Voters are not required to show photo ID for the March 2020 primary election.

In a Dec. 31 order, a federal district court blocked North Carolina’s voter photo ID requirement from taking effect. The injunction will remain in place until further order of the court, according to the State Board of Elections.