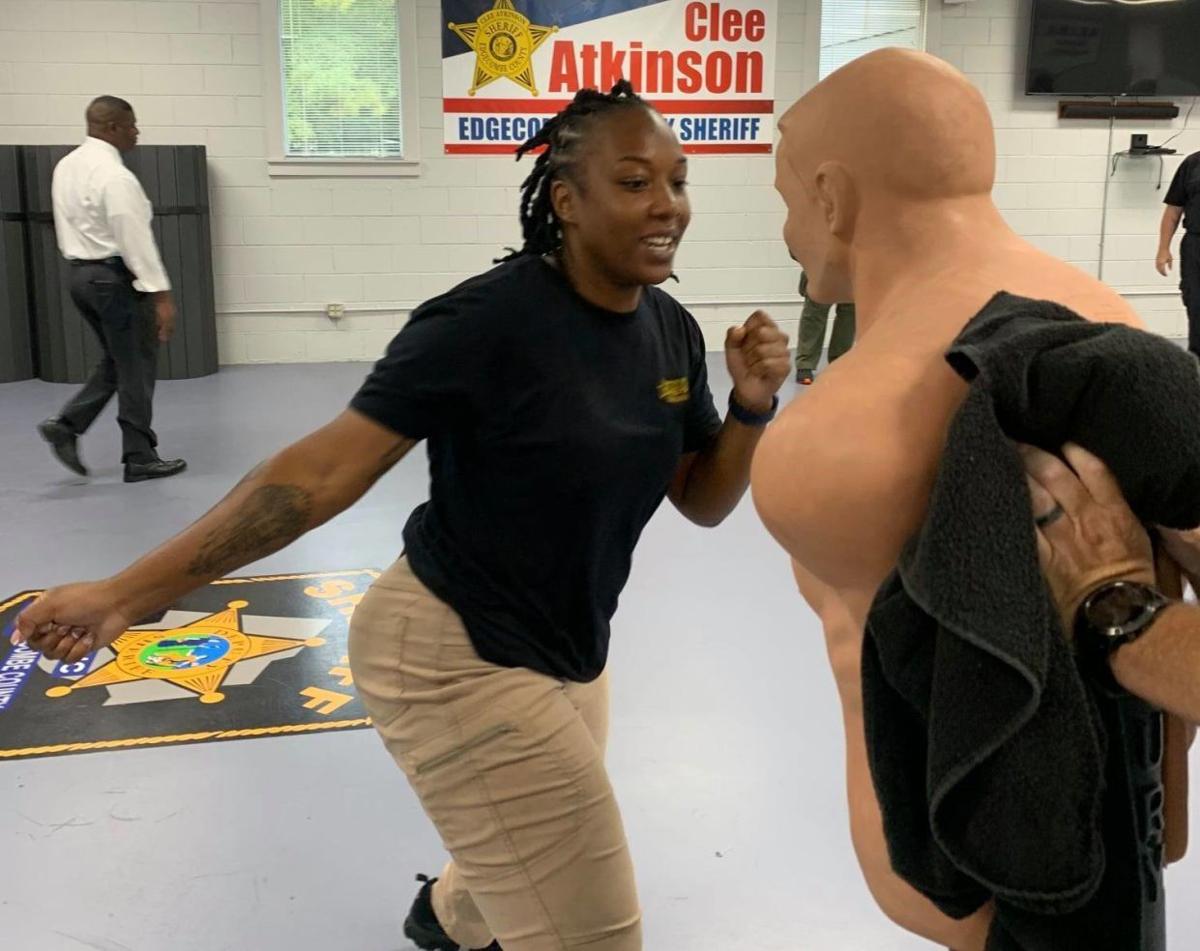 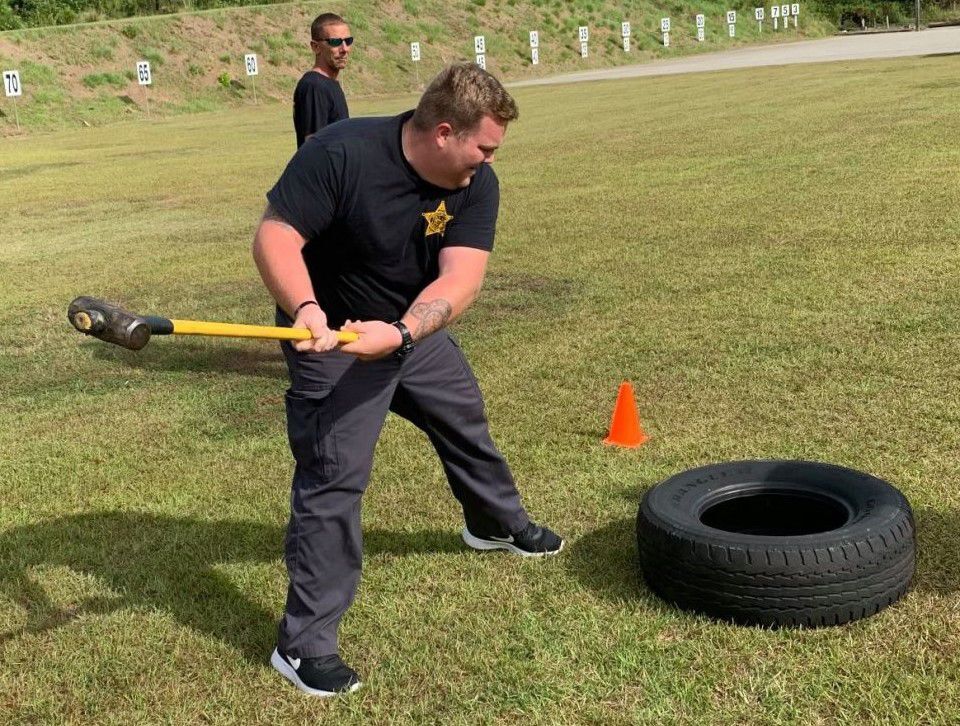 Working in law enforcement is a stressful job.

A study conducted by John M. Violanti, a professor in the University of Buffalo’s Department of Social and Preventive Medicine, found that a law enforcement officer who lived to age 50 could expect to live only 7.8 additional years, while a typical white male in the United States was expected to live an additional 35 years.

“We give a service to the community for 30 years and we can’t even enjoy the next eight,” he said. “My job is to get (deputies) home every night and to get them fit for duty, both physically and mentally.”

Over the past month, the sheriff’s office has been conducting Subject Control and Arrest Techniques (SCAT) refresher training under the watchful eyes of Training Coordinator Sgt. Brady Abrams and training officers Detective Greg Weeks and Detective Leroy Shaw.

Abrams pointed out that the course, which is both physically and mentally demanding, was designed by Shaw.

The culmination of the training was a physically demanding course set up with a variety of stations to test deputies in overall physical fitness and their ability to safely take resisting suspects into custody.

Deputies deal with combative subjects each day, and Atkinson said the training is critical in ensuring that they have the knowledge, tools and training to be able to safely make arrests.

Atkinson said he wants SCAT to help his officers to better understand their physical and mental well-being and to have them better prepared for the time that may come when they have to run after a suspect or engage them physically.

“Again, my job is to get them home after the end of their shift and to be able to survive because they have the proper training and they are physically and mentally fit,” he said.

SCAT was broken down into four sessions.

“We made sure the sergeants went first, but the interesting thing we saw was that everyone stayed after completing the course to cheer on others,” Atkinson said. “It helped build teamwork. We saw strengths and weaknesses, but it went better as a team pulling for one another.”

Atkinson said the training was not mandated by the state.

“It was sheriff-mandated,” he said with a smile.

Atkinson said there was no pass or fail tied to the course, just a method of evaluation and a continuation of training.

That won’t be the case next year when all sworn deputies will be required to pass POPAT — the Police Officer Physical Ability Test.

“It will be pass or fail,” Atkinson said. “That’s why we’re giving everybody a year to prepare.”

Atkinson said he has officers who are great runners and officers who can handle themselves physically but added that all of them need to be well-rounded.

“This is to ensure that we are ready to best serve the public, while also looking after the physical and mental health of the deputies that serve,” he said. “This training puts us in a position to make sure we are successful.”