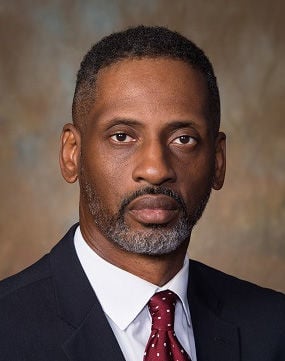 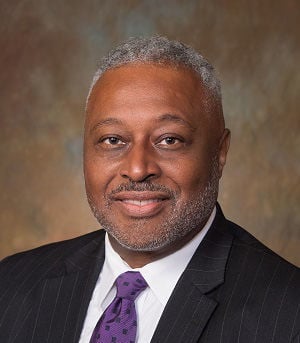 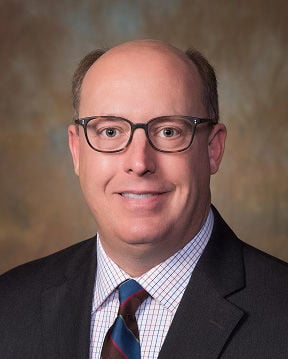 Councilman Andre Knight took verbal aim at Councilman Lige Daughtridge at a council work session on Thursday to receive an update from management about the municipality’s response to the coronavirus pandemic.

Knight soon focused his attention on Daughtridge after Daughtridge raised concerns and questions about a proposal to temporarily ban disconnections of utilities services due to nonpayment. Later, in a council meeting format, the council approved putting a ban in place.

When the council meets in a work session format, Knight, in his additional capacity as mayor pro tem, serves as the work session chairman.

Daughtridge soon began raising concerns, including about the financial impact of the proposal given the municipality having to make monthly payments to the municipal power agency.

Small-Toney said she believes Rocky Mount’s municipal utilities system is financially quite healthy and that she believes the system can withstand a loss of revenues to help get through this period.

Daughtridge also asked what will keep everybody from coming in and saying they cannot pay their bills.

Councilman Reuben Blackwell said customers historically really try to pay their bills, but that there also is the consideration of being good neighbors and helping people who are laid off or have to use dollars from paid time off.

Blackwell said he would recommend giving the proposal a chance before starting to handcuff the city Finance Department’s ability to negotiate with a customer.

Blackwell also said there is nothing preventing the council from returning and making amendments should collection rates turn out to be, for example, 60 percent instead of 93 percent.

Knight spoke next and said, “It is very hard to believe that we’re sitting here in very, very deep discussions about utility bills, when we know that a lot of our workforce in this area are not white-collar jobs.”

Knight said these are ordinary, hard-working people employed by restaurants, living off tips and minimum wages, and having to deal with child care and everything else.

Knight also spoke of people and their families ending up sick and having to face the questions of how they would keep their lights and water on and buy food and medication.

“And so I just think we would have some kind of humane spirit among us, that we will remain strong and encourage our citizens to do what’s right, but yet still have a spirit of humility and God fearing that he will bring us through,” Knight said.

He spoke of Rocky Mount residents in 1918 pulling together in response to a pandemic, of history repeating itself and of no one being alive who can tell about what happened locally more than a century ago.

He told Daughtridge, “I hope that you will find in your heart to have some kind of understanding when it comes to working families that are trying to do what’s right — and through hardship, be able to hold their head up and keep their families together with dignity.”

Knight told Daughtridge, “No, wait, wait. I’m speaking, OK. And we’re going to respect each other in this meeting. And I will call upon you when I finish.”

Knight expressed appreciation to city Finance Director Amy Staton and her staff “for pulling this together and being thoughtful about what is about to take place.

“And however this council feels, we vote up or down and we move forward, OK?” Knight said.

“Thank you for the opportunity to speak,” Daughtridge said.

Daughtridge said he believed what he had said was being misconstrued. He said his concern is that Rocky Mount needs to have a healthy economy so the municipality can continue moving forward because he believes all sorts of revenues will decline like never before.

Daughtridge also said he believes the humane thing is keeping municipal workers employed in the face of a lack of sufficient revenue.

Daughtridge, noting he comes from a blue-collar family, also said that to say he is not being humane is not fair and not right.

“And I know what it means to not have something,” he said.

“But what I also ask is that we be careful not to bankrupt households while we keep this city budget strong,” Blackwell said. “It doesn’t do well for people that we represent to say, ‘We care more about the city’s budget than we care about your household.’

“And by the same token, we’re asking full engagement from all of Rocky Mount that all of us do the very best we can do,” Blackwell said.

“If you’ve got a check coming in or you have investments and you don’t have to worry about it, please don’t skip your bill,” he said. “We need your money.

“But if you’re challenged to make ends meet, to buy food and toilet paper and hand sanitizer or soap and you have to choose between that, surviving and paying your bill, we’re saying, ‘We’re working with you,’” he said.

He went on to state he believes the municipality’s credit is exceptional.

“And if the whole country is in a lurch, then Rocky Mount is not going to do worse than everybody else,” he said. “We don’t have a history of that.”