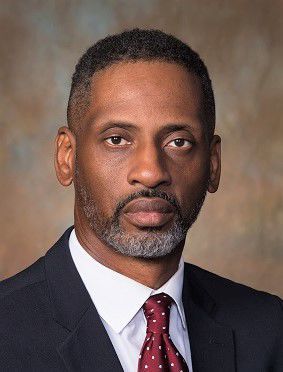 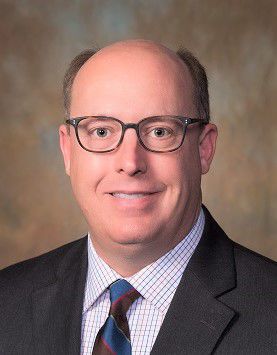 Part of the discussion during a recent City Council meeting included whether the panel will soon look at and act on a presentation of any planned write-offs of debts of utilities customers.

The subject was brought up by Councilman Lige Daughtridge, who soon was told by Councilman Andre Knight that the council in the past has neither seen nor approved any write-offs.

Knight advised Daughtridge to take the matter up with City Manager Rochelle Small-Toney, closing what had been a bit of an intense scene in the council chamber in another episode of the recently sensitive back-and-forth about accountability in the municipally run utilities services system.

The subject came up during the June 22 council meeting, prior to the council approving the municipal budget for fiscal year 2021 — and in the aftermath of the May 15 release of a report of a probe of the City of Rocky Mount’s finances and operations by State Auditor Beth Wood and her team.

The findings of the report alleged that multiple municipal officials prevented the Business Services Center from trying to collect $47,704 in bills from Knight.

The amount, which dated from 1999 to 2013, was written off, but Wood’s and her team’s report also alleged Knight has accumulated an additional $2,989 delinquent balance.

During the June 22 council meeting, Daughtridge referred to the council’s vote on March 19 to impose a no-cutoff order of utilities services to help provide relief to customers as a result of the coronavirus pandemic.

Daughtridge told City Budget and Evaluation Manager Kenneth Hunter his information is that the municipality has experienced a roughly 150 percent increase in the number of customers who would face disconnections if there was not a no-cutoff order.

Daughtridge also told Hunter his information is that the municipality is facing an increase of about $2 million in past due bills.

Hunter said that with respect to forecasting, the current economic environment and the challenges associated with the no-cutoff order is something the municipality has to evaluate.

“We do not anticipate any write-offs in fiscal year 2021,” Hunter said of what is factored into the upcoming financial document.

Hunter said if there are any write-offs, then they probably would occur in fiscal year 2022.

“And that’s when it would affect our budget,” Hunter said.

Hunter also noted the municipality has been putting money aside to stabilize rates, which helps with the cash flow.

As for the soon-to-be closing fiscal year 2020, Daughtridge asked Small-Toney, “When are we going to do utility write-offs?”

Small-Toney said, “Well, the staff hasn’t recommended that just yet, so I’m not exactly sure when it would be forthcoming.”

Under further questioning from Daughtridge, Small-Toney said the municipality historically does write-offs toward the end of a fiscal year, which Daughtridge noted would now be approaching in the case of fiscal 2020.

Daughtridge wanted to know whether the council would probably receive something by the next council meeting.

While Small-Toney would not go so far as to say that time, she said, “When it’s ready, we’ll bring it forward.”

Councilman Reuben Blackwell said, “So I assume what Mr. Daughtridge is asking for is a change in policy and protocol, because we’ve never voted on write-offs” unless they have been included in the budget.

Blackwell asked Hunter whether he has presented any write-offs.

Blackwell said, “So I don’t even understand the terminology about, ‘When are we going to approve it?’”

Blackwell made clear he believes that is an administrative function.

“And if you’re requesting that to occur, then I think that should be made in the form of a request. And I think we do need discussion around that,” Blackwell told Daughtridge.

Daughtridge recalled the subject of write-offs was brought up in connection with the probe by Wood and her team.

Daughtridge also noted that Knight, in an interview with Raleigh-Durham television station WTVD aired on May 22, said the council had, since 1999, taken more than $21 million in bills off the books.

During that interview, Knight also said he never has asked for preferential treatment.

Daughtridge also noted a posting on May 27 on social media by activist and past mayoral candidate Bronson Williams showing a printout of the history of the city’s write-offs of bad debt for each year from 1999 to 2019.

Daughtridge said that was news to him.

“And if we don’t do it, we should do it,” Daughtridge said of the council reviewing proposed write-offs. “And I think we should also look at the criteria for writing off utilities, because obviously we have some issues there.”

To which Knight said, “We never had any issues before — and for the record, this council has never, ever, ever reviewed any write-offs.

“We have never, ever approved any write-offs, because if that’s the case, it could be very political,” Knight said.

Knight said he prefers the matter remain within the municipal business and collection services and finance offices.

The posting was in response to a story that appeared the day before on the Spring Hope Enterprise’s website.

That story reported that a public records request of the City of Rocky Mount showed Knight was the subject of a 2016 email from then-City Manager Charles Penny to City Finance Director Amy Staton, with the text making clear to go through him or her if there was an issue with Knight’s utilities accounts.

Wood’s and her team’s report of the probe cited the email, but redacted the name of the council member at issue.

Wood, in a story the Telegram published June 19, identified Knight as the council member at issue.

During the June 22 council meeting, Knight said, “Again, Mr. Mayor, Mr. Daughtridge, I never received any preferential treatment, never had any knowledge of any write-offs.”

Knight also said, “We never, to my knowledge, (have) ever seen a list of write-offs.”

Knight said after the subject of write-offs came up as a result of Wood’s and her team’s report of the probe, he asked how much the municipality has been writing off every year.

Knight made clear that if one wanted to go back to 1999, then the question would be how much was written off that far back.

The printout from the City of Rocky Mount stated the amount of bad debt taken off the books totaled more than $24 million.

“And so, whatever your subliminal question or whatever you’re trying to find out, then you need to talk to the city manager on that,” Knight told Daughtridge.