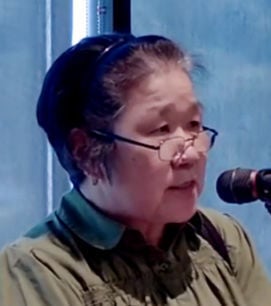 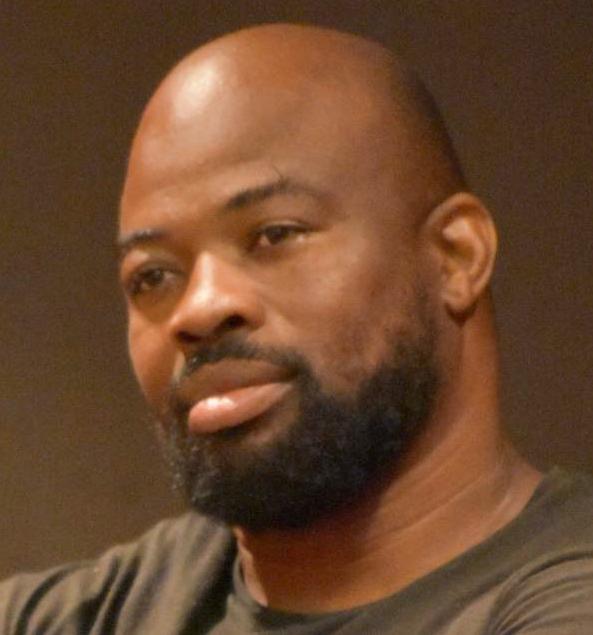 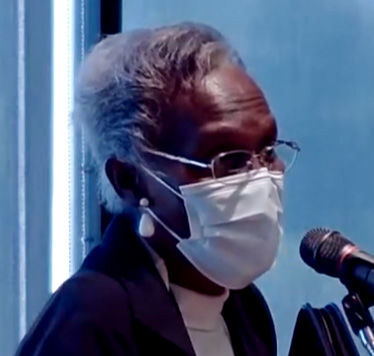 A city resident said she believes every city, including Rocky Mount, should consider measures to curb the ability of the police to shoot at will and to increase police accountability to the public about the way the officers behave.

“The militarization of the police has to stop,” Dr. Kim Koo told the City Council. “Otherwise, it can be interpreted as: You are making war on us.”

Koo added, “I hope that this message gets across and that we need to do something about it, because it’s getting to the point of being an existential crisis, particularly for people of color.”

Koo approached the speaker’s podium during the public input phase of the April 26 council meeting because she wanted to talk about the continuing murders of Blacks in the nation.

Koo said that in spite of the ongoing and frequent mass protests and the Black Lives Matter movement, the killings have not subsided and now they are documented on camera.

She said the April 20 conviction of former Minneapolis police officer Derek Chauvin for murdering George Floyd on Memorial Day 2020 is “only a drop in the bucket” if the police in many cities from coast to coast continue to kill with impunity at the slightest perceived offense.

She said for her, these willful and unlawful acts are signs of the disintegration of society and social and moral cohesion.

“And the attempts by the state apparatuses to control social unrest that stems from long-term government neglect has been violent and brutal,” she said.

Koo’s appearance before the council was her first since February 2020. Prior to then, she had been a frequent speaker at council meetings.

Samuel Battle, who is a frequent speaker at council meetings and a critic of the council majority, also approached the speaker’s podium on April 26.

Battle said he wanted to speak about the crime, the illegal drugs, the gangs and the guns.

Battle cited all of this talk about programs and said that programs are not going to stop all of this violence, although he noted programs slow some of the violence down.

“We’re coming into summer right now and things are about to get a little hectic because when it gets hot, it turns up,” Battle said. “What y’all going to do about it?”

Battle told the council that the fair housing they talk about will take a year or two years, when some programs can quickly become a reality with a few of the millions of dollars the municipality is receiving in funding.

He told the council that while they are not going to support him on any programs, he would support somebody else if he or she wanted to have a program in the community.

He also emphasized that such a program needs to be run by someone from the community.

He also said racism is going to be here.

“It ain’t going nowhere,” he said. “We can keep running our mouth about this situation, but I’ve learned how to deal with a lot of things: Depression, peer pressure, bullying and everything.”

He called for having boxing programs so young people can get their frustrations out of their systems.

He also said he wanted to know why he and fellow residents have to wait until 10 a.m. on weekdays to be able to enter taxpayer-funded facilities to exercise and lift weights. He recalled when the gymnasium on the grounds of the former Booker T. Washington school used to be open as early as 8 a.m.

“Can y’all open ’em back up at eight o’clock so people ain’t got to waste their money and go pay somewhere else to go work out?” he asked.

Mary Warren, who also approached the speaker’s podium on April 26, told the council she is hoping that what is happening in the city will include more funding for housing for low-income people in her neighborhood.

Warren told the council she has lived in the Branch Street-Clark Street area in Southeast Rocky Mount for roughly 40 years.

Warren told of being quite happy to report she had the chance to attend the City of Rocky Mount’s 2021 retreat in Asheville.

Warren expressed appreciation to City Manager Rochelle Small-Toney and all of those who made it possible for more community residents to be at the retreat.

The majority of the council in February made clear they wanted to learn how Asheville has been addressing housing issues, and so the 2021 City of Rocky Mount retreat was held from April 7-9 at the Omni Grove Park Inn.

“And I just want to say that I’m very excited about what I’ve heard,” Warren told the council on April 26. “And I’m hoping that the low-income communities will not be left out. We need more funding to take care of the housing issues in our neighborhood.”