Get Started
You are the owner of this article.
Edit Article Add New Article
You have permission to edit this article.
Edit
News
Opinion
Sports
Features
Obits
Multimedia
Classifieds
e-Edition
Our Sites
Extras
Share This
1 of 3 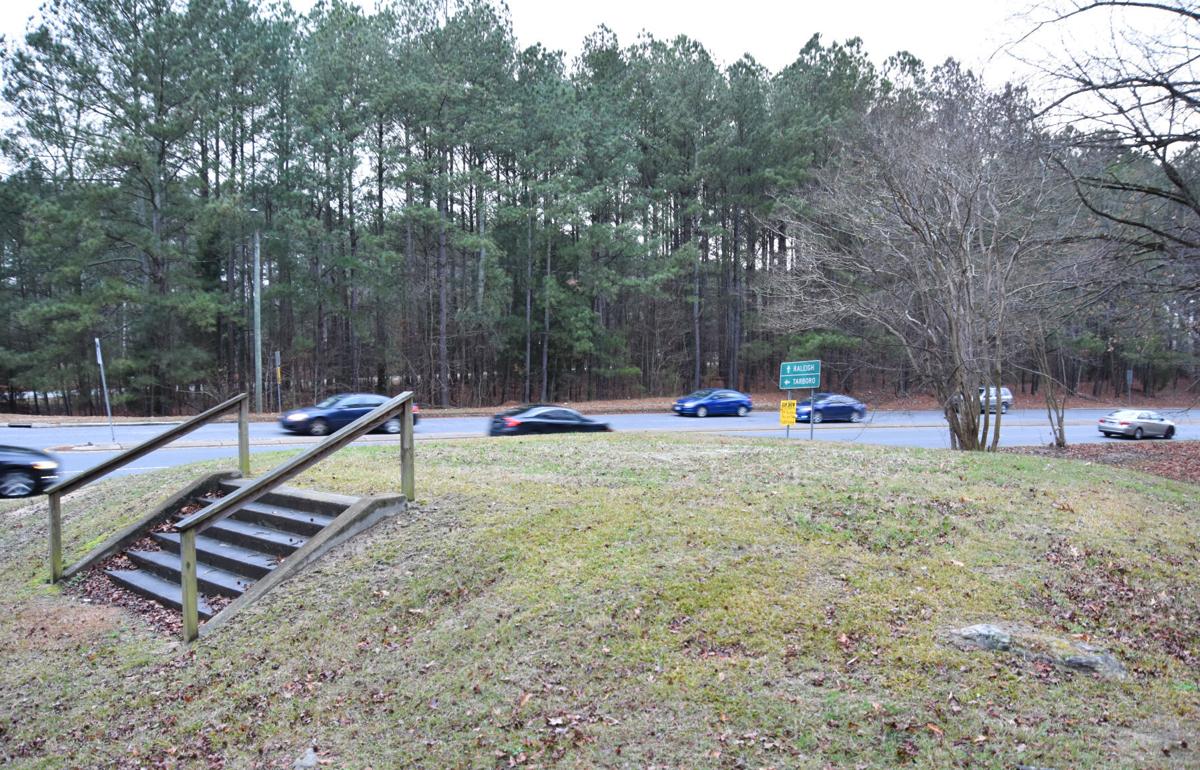 Traffic passes the former site of Rocky Mount’s Confederate monument, Friday. The city has reached an agreement with two Civil War heritage organizations to have them take ownership of the monument, which has already been removed. 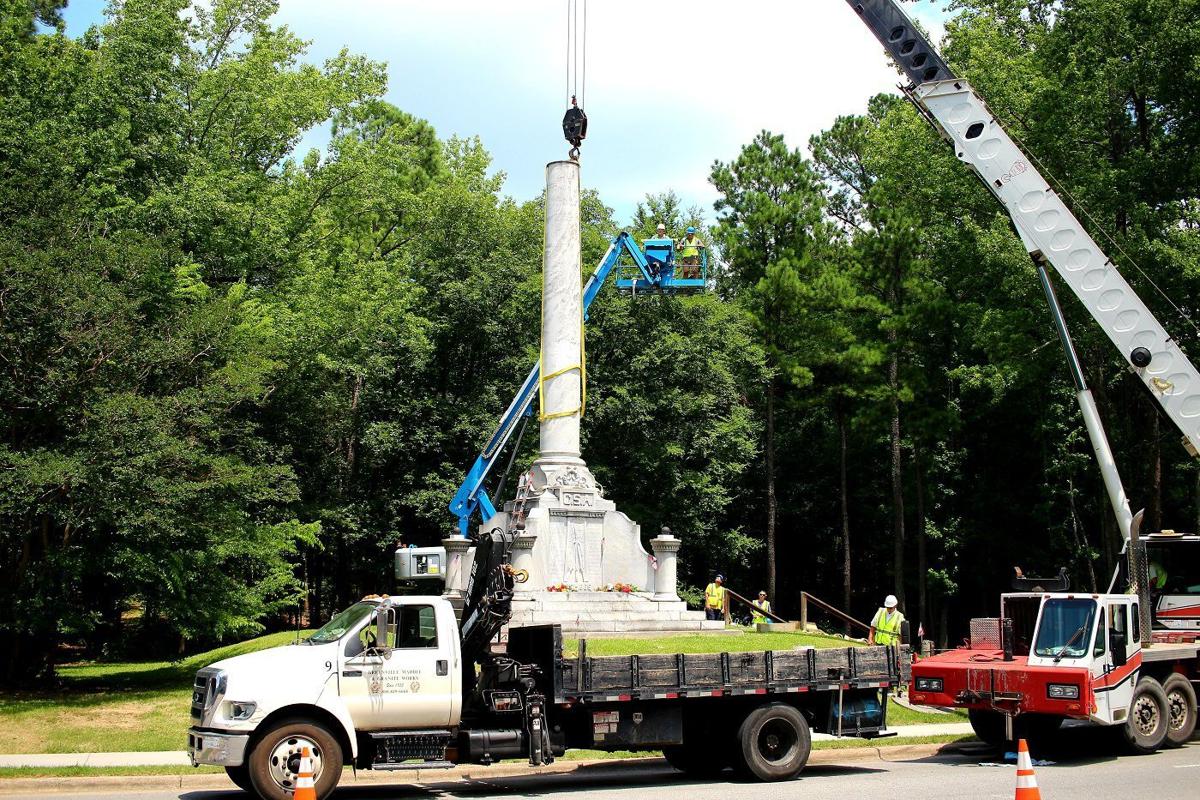 A crew that specializes in moving monuments prepares to move the Confederate monument at Battle Park along Falls Road. 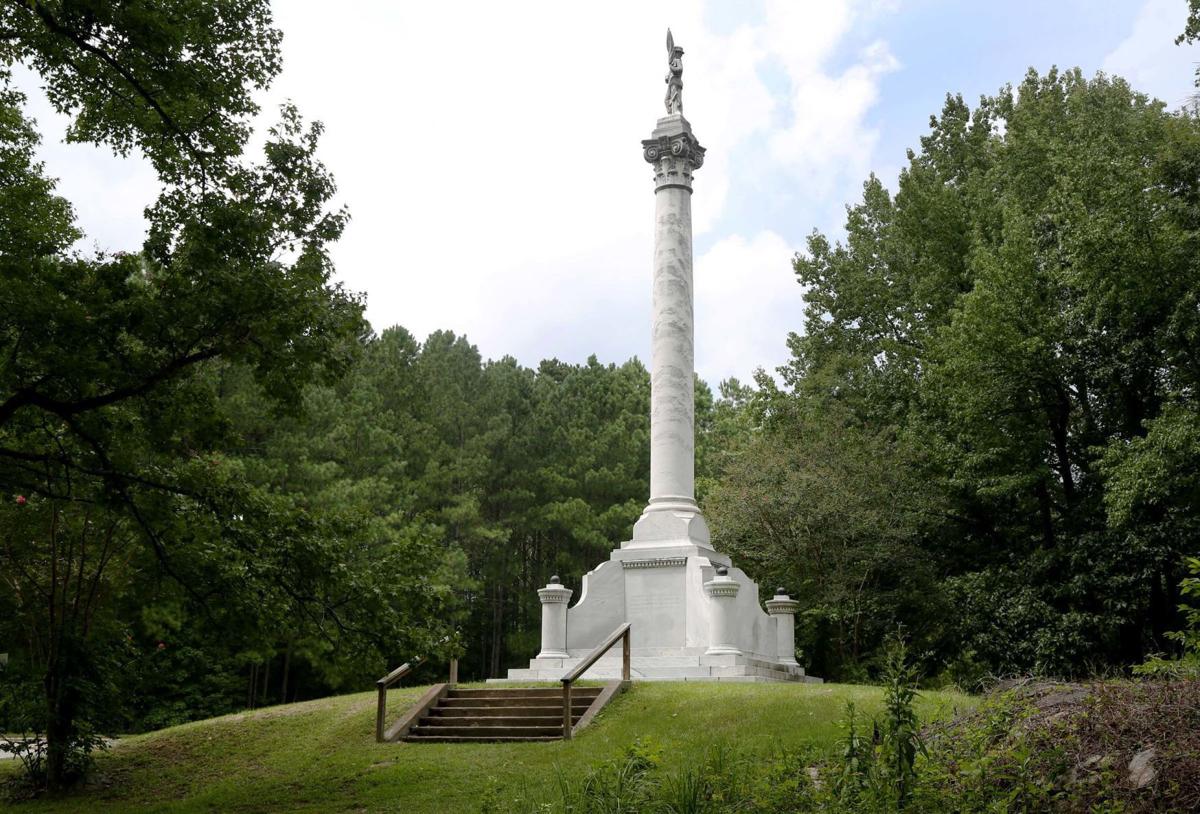 The Confederate monument in front of Battle Park was removed last summer.

Traffic passes the former site of Rocky Mount’s Confederate monument, Friday. The city has reached an agreement with two Civil War heritage organizations to have them take ownership of the monument, which has already been removed.

A crew that specializes in moving monuments prepares to move the Confederate monument at Battle Park along Falls Road.

The Confederate monument in front of Battle Park was removed last summer.

The agenda for tonight's regular meeting of the City Council includes a recommendation to transfer possession of the since-taken-down Confederate monument to the local Sons of Confederate Veterans and the local United Daughters of the Confederacy.

The council is set to meet at 7 p.m. and documents attached as part of the council agenda outline what is proposed.

A memorandum from City Manager Rochelle Small-Toney to Mayor Sandy Roberson and the council said the Robert Henry Ricks Camp 75 of the state Sons of Confederate Veterans and the Bethel Heroes 636 state division of the United Daughters of the Confederacy asked the city to release the monument to their care and custody so they may preserve the monument at a location in Nash County.

And the memorandum said the agreement with the city would call for transferring all rights and the title and the interest to the SCV Camp 75 and the UDC Bethel Heroes on the condition they transport the monument to and re-erect the monument at the new site.

The memorandum also said the SCV Camp 75 and the UDC Bethel Heroes would subsequently maintain, preserve and protect the monument at their own cost.

Small-Toney in the memorandum recommends the council vote for the terms.

The agenda includes a five-page proposed agreement outlining those terms in more detail.

The proposed agreement makes clear no monetary or other consideration is changing hands between the city and the SCV Camp 75 and the UDC Bethel Heroes.

The proposed agreement said both the SCV Camp 75 and the UDC Bethel Heroes may preserve and protect the monument at a location in the county at least 15 miles from the Rocky Mount city limits.

And the proposed agreement makes clear the stored parts of the monument must be removed from city property and delivered to the new site within 120 days of the effective date of the agreement or else the agreement will be voided.

The SCV is based in Columbia, Tenn., and is the oldest hereditary organization for male descendants of Confederate soldiers.

The UDC is based in Richmond, Va., and is a hereditary heritage group of Southern women.

The monument in Rocky Mount was on the south side of the U.S. 64 interchange with Benvenue Road.

The monument was installed in 1917 by Confederate veteran Robert Henry Ricks of Nash County in memory of his comrades on land owned by the then-Rocky Mount Mills.

Ricks also was an agribusinessman, a banker, a hotelier, a Nash County commissioner, a state House member, a state senator and a state Board of Education member.

The Confederate monument came with an inscription saying the monument was committed to the care of the UDC Bethel Heroes.

In 1976, the monument site was annexed by the city.

T.E. Ricks, representing the Robert Henry Ricks estate, asked the city to take over the maintenance of the area around the monument.

This was with the understanding the city would not be responsible for any damage to the monument.

The monument became a focus of attention in the aftermath of the May 25 death of African American George Floyd while he was in police custody in Minneapolis.

Floyd's death prompted riots in cities nationwide and the removal of Confederate monuments in the South by either officials of governments or by protestors.

On May 31, the monument in Rocky Mount was the scene of a peaceful protest to call attention to Floyd’s death.

The council voted 6-1 to move the monument during a council budget work session on June 2.

The council formalized the actions of that June 2 vote with a 6-1 vote at the June 8 council meeting.

The text supporting the June 8 vote called for putting the monument in a safe place, pending further action by the council.

The council without dissent approved a resolution against racial injustice and declaring Black lives matter.

Not long after the votes on June 8, the public input phase of the council meeting included quite a number of both whites and African Americans expressing their support for the removal of the monument.

However, there were complaints locally via social media after a news release from a city spokesman on June 25 saying the cost to take the monument down would exceed $281,000.

Documents as part of Monday’s council agenda said the monument had been a target of vandalism in the past.

That included the monument’s two rear statues having been pulled from their pedestals and found in pieces on the ground, as well as damage to the head of the front left statue, which had been removed from the monument and never was located.

And the documents as part of Monday's council agenda referred to a downtown business having been vandalized and to a bomb threat to the state Department of Revenue service center along Country Club Road in the northwestern part of the city.

The documents did not name the business, but the Telegram has quoted police as saying Wholesale Paint Center along North Church Street on June 1 reported having sustained damage to its windows.

The bomb threat to the state service center occurred on June 2.

And the documents noted unnamed members of the council became aware of credible threats to destroy the monument as a response to acts of racial injustice.

The council's regular meeting is going to be preceded by a work session at 5 p.m.