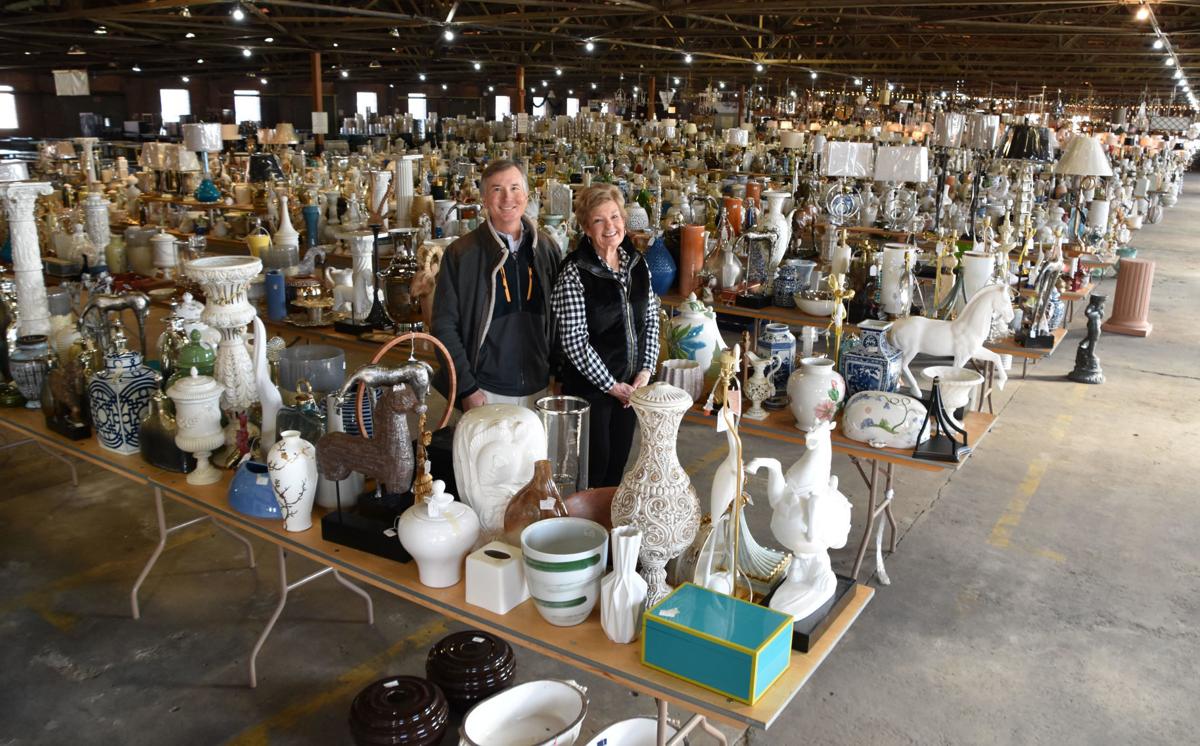 The annual Bulluck’s sale is set to begin on Saturday. Shown above are two key leaders of the event, Russ Barnes and Eliza Bowen. Below, Bulluck’s sales team member Sue Bulluck cleans furniture for the upcoming sale. 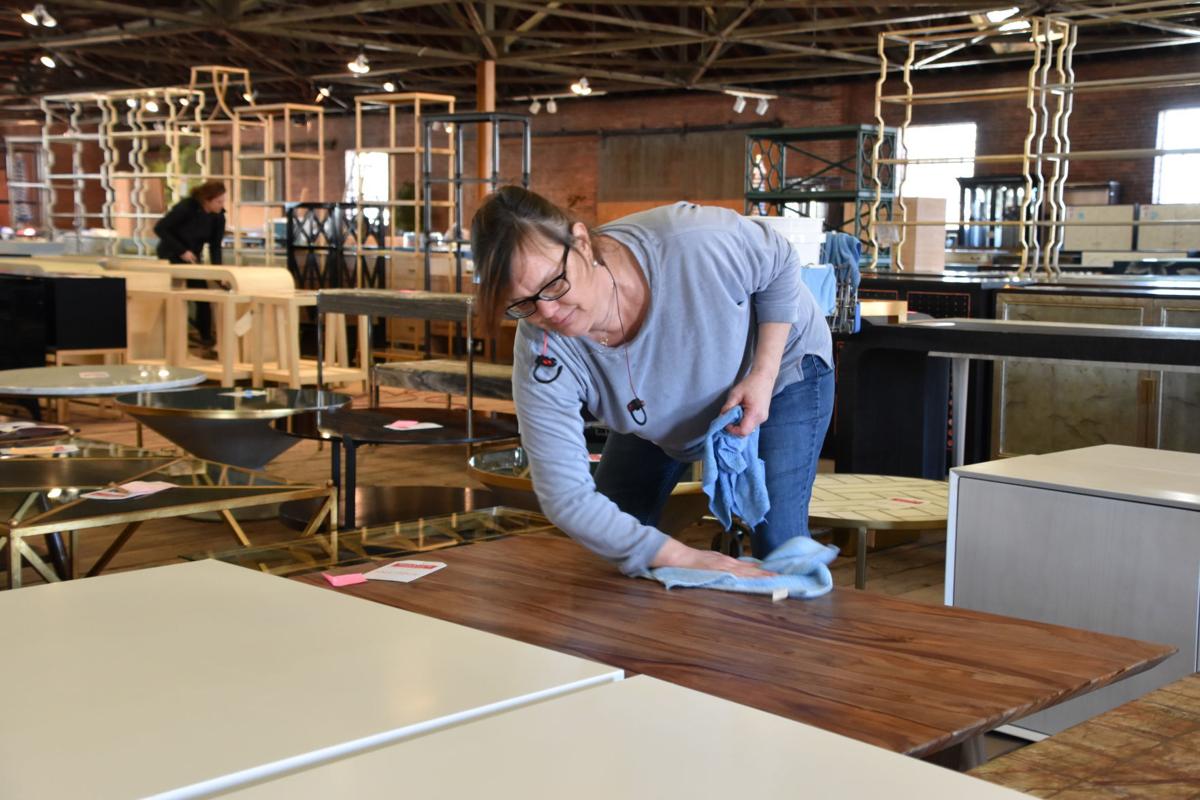 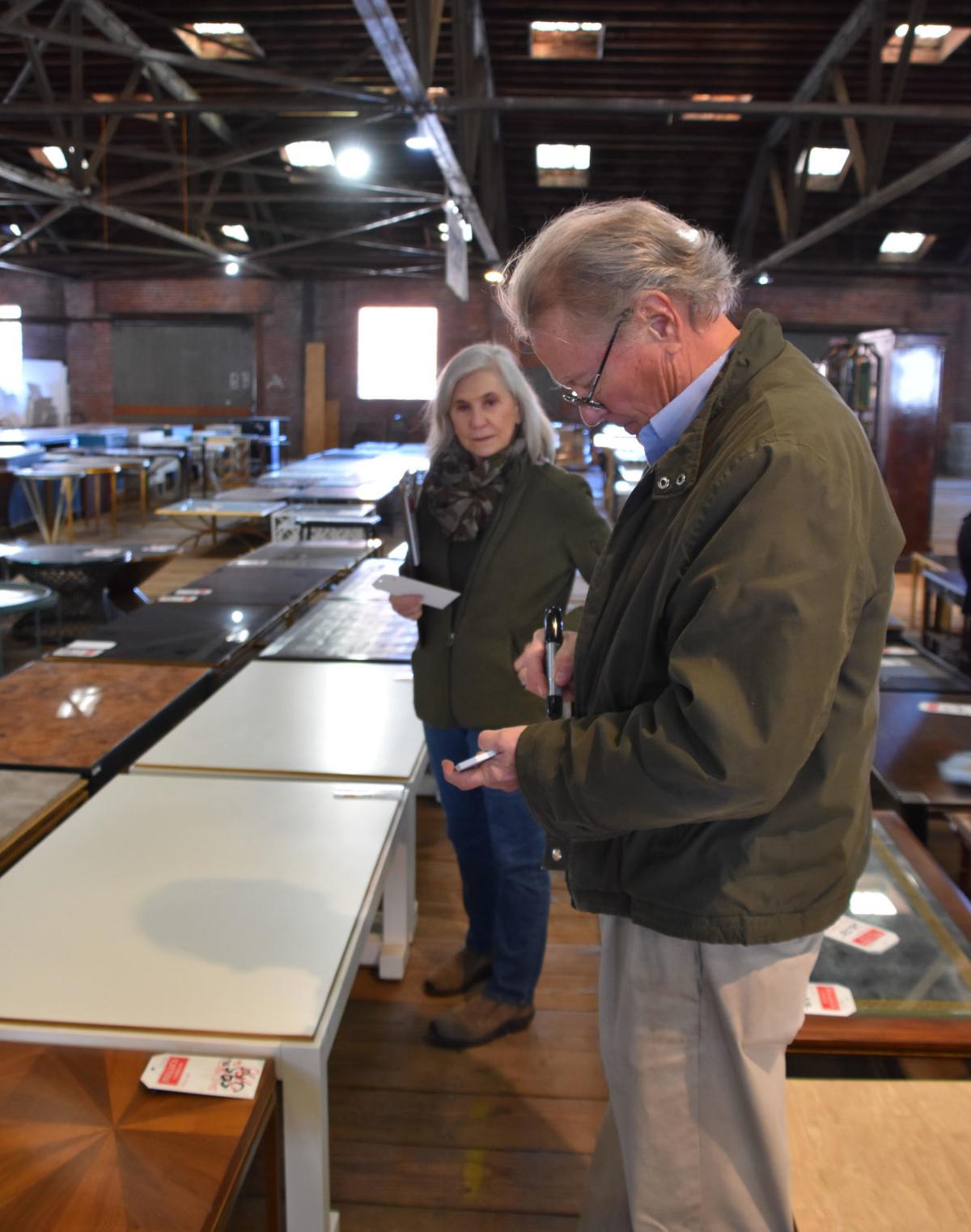 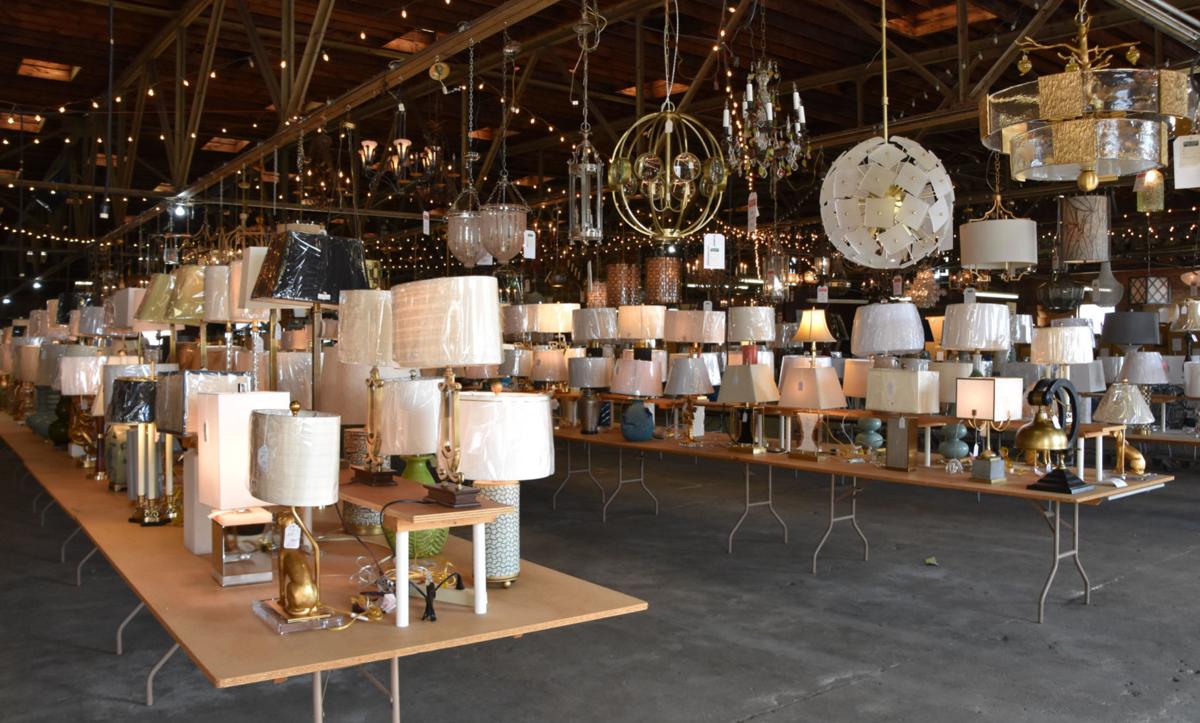 The annual Bulluck’s sale is set to begin on Saturday. Shown here is a sample of what one might find among the extensive displays of merchandise.

The annual Bulluck’s sale is set to begin on Saturday. Shown above are two key leaders of the event, Russ Barnes and Eliza Bowen. Below, Bulluck’s sales team member Sue Bulluck cleans furniture for the upcoming sale.

The annual Bulluck’s sale is set to begin on Saturday. Shown here is a sample of what one might find among the extensive displays of merchandise.

Teams of people on Wednesday were preparing a former downtown tobacco warehouse to be the scene of an upcoming colossal annual furniture sale.

“It’s overwhelming,” Russ Barnes, one of the owners of the two family-owned businesses, said amid the mass of inventory. “It’s just a really fun sale to come to. The people who come here really enjoy it, seeing it and the values they get.”

That inventory is a combination of one-of-a-kind showroom samples, overstocked items and scratch-and-dent pieces.

Barnes said that the inventory includes probably 6,000 lampshades, thousands of lamps, more than a thousand pieces of furniture, probably 300 to 400 chandeliers, tens of thousands of decorative accessories and hundreds of planters and pots.

As for what has been added for the 2020 sale, Barnes showed shelves of leather travel bags that a leather furniture supplier in India decided to craft for sale.

“And the combination of those two led us to have a sale of the decorative accessories and closeout pieces that we had at the Bulluck furniture store,” Barnes said.

Barnes said by the time he joined the two businesses in 1987, more room was needed to conduct the sale.

Barnes said the sale that people know of today began in 1987 across from the Bulluck store, in what was the Belk-Tyler department store annex.

Barnes said the sale has been held at the intersection of Benvenue and Hunter Hill roads, at the site of the former Lowe’s Home Improvement and at what today is the site of the UEC Theatres.

Barnes also said the sale also has been held in the former Home Depot just off Hunter Hill and which today is Word Tabernacle Church.

Barnes said by the start of the 2000s, the sale was shifted to the former tobacco warehouse. Barnes said with the exception of one instance, the building has been the home of the sale ever since.

Barnes said he is hoping a couple of thousand people will come on Saturday.

Barnes said probably 120 people will be working on Saturday and that there will be 15 checkout counters in place.

Barnes said the sale attracts people from all over, including as far away as California to also visit family in the area, but he said business is driven by comers from the Research Triangle region and from down east toward Wilmington.

Barnes is a firm believer in downtown.

“We bring a lot of people to Rocky Mount who would not otherwise come here,” Barnes said.

Asked whether he hopes downtown can be revitalized and brought back to full occupancy, Barnes said, “I think it’s going to happen, I really do. We’ve got such good things going on right now. We’re such big investors — and we’ve been down here for a long time.”

“I’m headed to Frankfurt, Germany, and India in two weeks — and then I’ll be going to China and Vietnam in about six weeks,” Barnes said.

Barnes also has been to France, Italy, Japan, Malaysia, Taiwan, Thailand, the Philippines and the United Kingdom.

The annual sale downtown is put together by a highly experienced team, with one of the key leaders being Eliza Bowen.

“I’m the big boss,” Bowen said. “The big boss tells everybody what to do.”

Asked why she is involved in organizing the sale, Bowen said, “I like the people I work with.”

Barnes also said, “I like meeting different people,” noting that she enjoys the crowds and that she has met people from as far away as Atlanta, Miami, New York and Richmond, Va.

Meanwhile, John Kincheloe, one of the owners of Bulluck Furniture and Wildwood Lamps, and sales team member Pam Evans were preparing the price tags.

“I’ve been here every day since Christmas getting ready,” Kincheloe said. “I’ve still got to mark all this furniture. I’m the furthest behind of everybody.”

Evans said of her role, “I’m a jack of all trades.”

Asked what she enjoys about doing what she does, she said, “I love working with the women who are down here and Eliza Bowen and all the Kincheloe family — and just working as a team and getting it ready for the big sale.

“It’s an exciting day when you see all those hundreds of people arriving and ready to shop,” Evans said. “We just have a good time.”

Day two of the sale is set for 1-5 p.m. on Sunday, with plans calling for the sale to occur on successive weekends through the rest of the winter.

Barnes said the schedule will vary and that people wanting to keep track of details of specific sale times and dates can go online to www.bulluckfurniture.com.