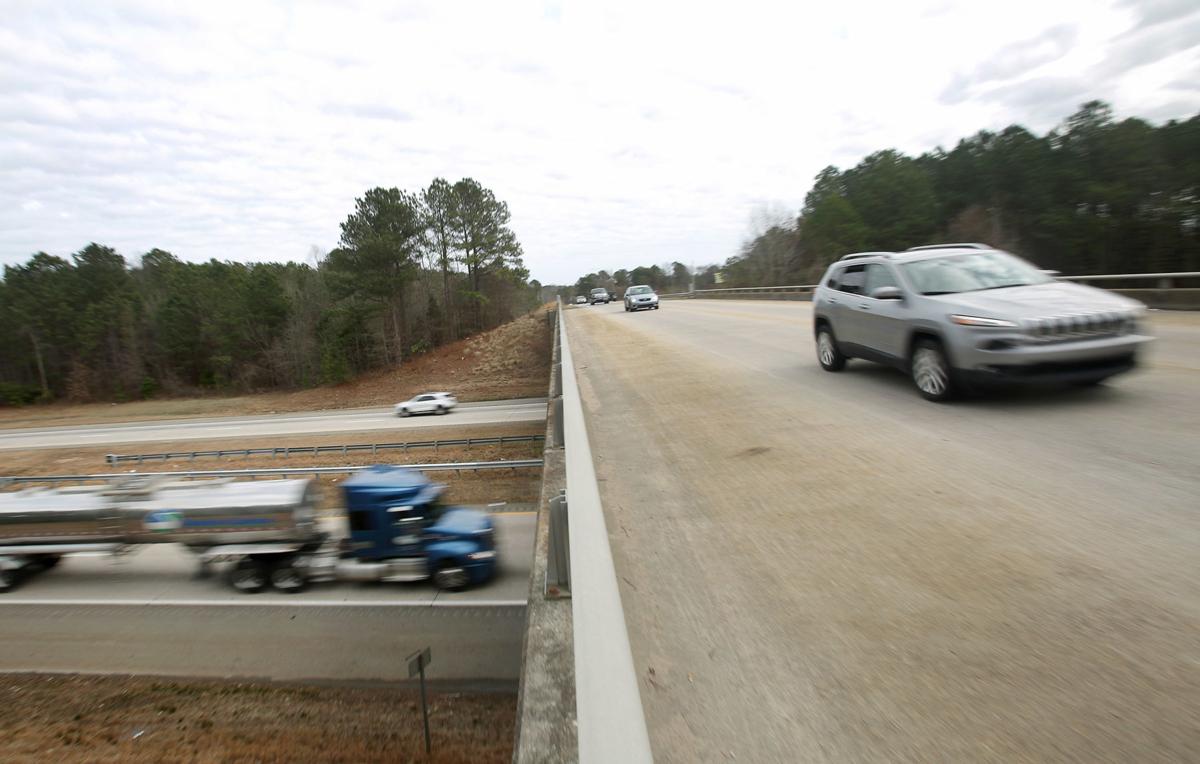 Motorists cross the Sunset Avenue bridge over Interstate 95 on Friday as traffic flows on I-95. 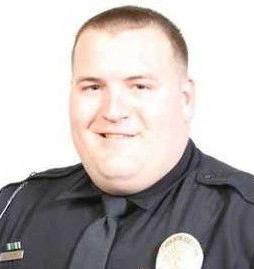 The Rocky Mount City Council agenda for the start of 2020 will include adopting a resolution to name the Sunset Avenue bridge over Interstate 95 in honor of the late city police officer Chris Driver.

The seven-member council is scheduled to take up the proposed honor at the panel’s regular meeting, which is set to start at 7 p.m. on Monday.

Driver, 27, died in June 2018 as a result of an automobile accident while he was responding to a disabled vehicle left abandoned in a roadway.

Police Chief George Robinson, in a memorandum to City Manager Rochelle Small-Toney, said he and his team have been working with Driver’s family to have the crossing named the Officer Christopher J. Driver Memorial Bridge.

The council agenda includes a proposed resolution, along with letters of support from Driver’s family, business owners and residents in the vicinity of the crossing.

Additionally, Driver was a member of Edgemont Baptist Church and was a fan of the DC Comics superhero character Batman.

Driver’s widow, Lorin, wrote expressing her support for having the bridge named for her late husband.

Jeff Sykes, president of American Jewelry & Pawn, wrote that, “I believe that it would be a great memorial for his family as he was a very dedicated and honorable Rocky Mount police officer.”

Rand Ward, owner of Tarheel Auto Sales, wrote that Chris Driver’s courage went beyond the call of duty and that Driver gave his life protecting the citizens of Nash and Edgecombe counties.

“This would be a wonderful way to remember this law enforcement officer,” Ward said.

Kevin Dornseif, owner of Performance Small Engine Center, wrote that, “This small gesture of our appreciation to Officer Driver and his family is the least we can do to thank him for his service and sacrifice for the citizens of Rocky Mount.”

Driver is the second city police officer to have died as a result of a vehicle crash. The other was Officer Alan C. Silver, 23, in May 2007.

In November 2014, the Winstead Avenue bridge over U.S. 64 was dedicated in honor of Silver.

The agenda for the rest of Monday’s Rocky Mount City Council regular meeting appears to be routine, with recognitions and approval of financially related items.

However, council regular meetings always are unpredictable because they include the public comment phase.

During this phase, city residents can address the mayor and the council for three minutes each. The scene is lively and at times contentious.

The council meets every second Monday at 7 p.m. and every fourth Monday at 4 p.m.

Generally, prior to the first council regular meeting of the month, the council conducts a work session in a conference room adjacent to the council chamber.

Monday’s work session is set to start at 4 p.m., with the council to go into closed session to discuss matters involving real estate and attorney-client privilege.

The open part of the work session agenda includes a presentation by Sarah Odio, who is the project manager of the UNC School of Government Development Finance Initiative, or DFI.

The DFI is a program that works jointly with communities in the state to attract private investment for transformative projects by providing specialized finance and real estate development expertise.

Additionally, the open part of the work session agenda will include results of a pavement condition survey, as presented by Public Works Director Brad Kerr.

A pavement condition survey is information based on inspections of streets maintained by Rocky Mount.

The work session agenda also will include a review of the municipal government’s finances for the first quarter of fiscal year 2020, as presented by city Budget and Evaluation Manager Kenneth Hunter, and the council going into closed session to discuss a matter involving attorney-client privilege.