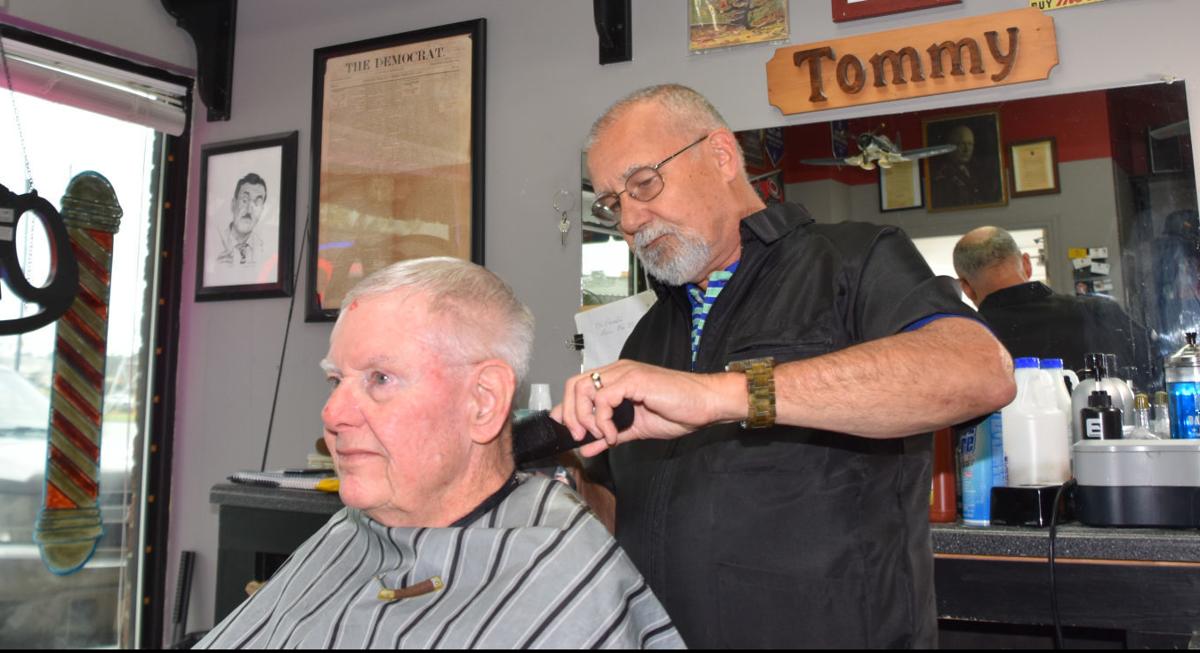 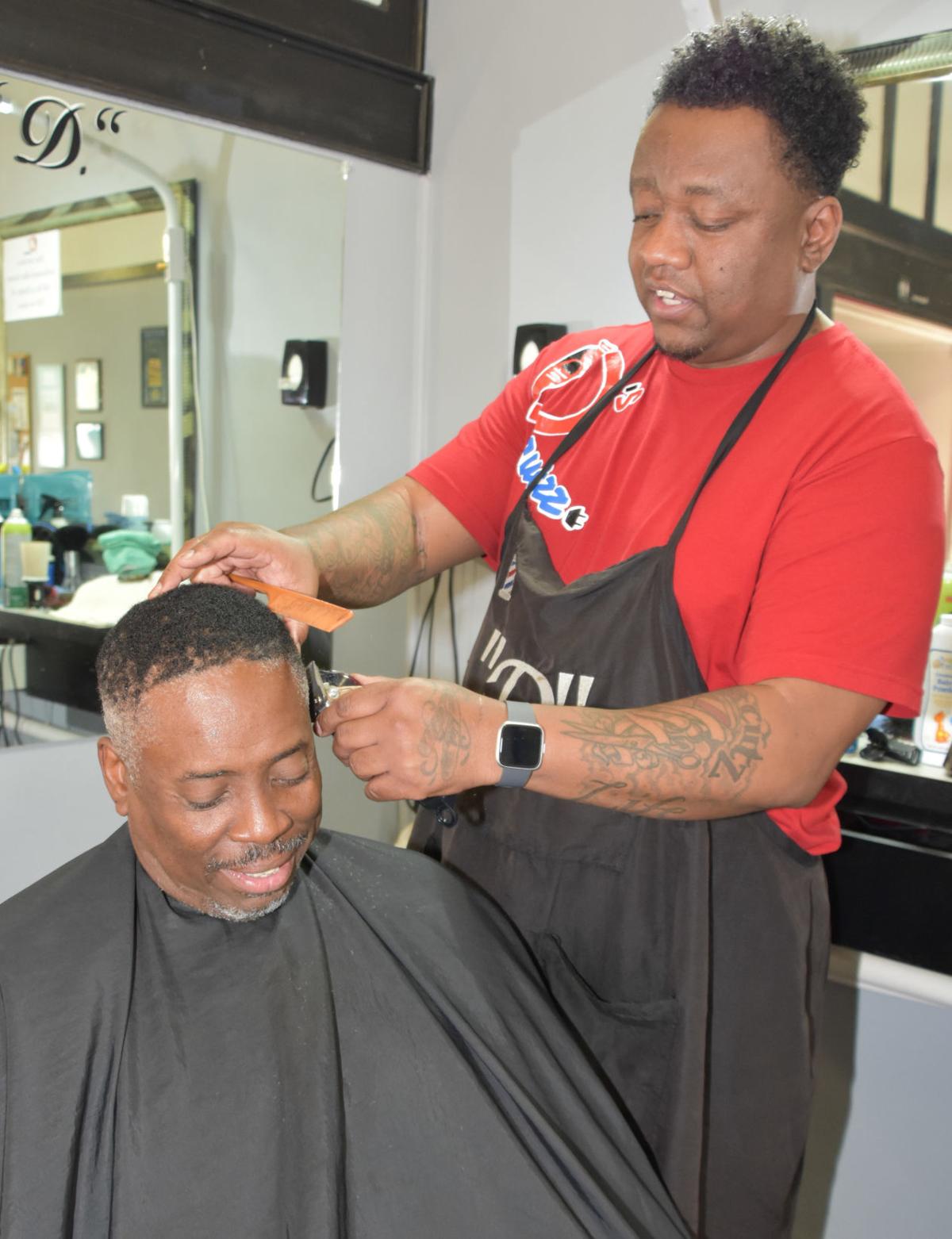 Woodie Lewis on Wednesday morning was one of many in the Rocky Mount area getting a haircut.

That was because Gov. Roy Cooper on Monday ordered barber shops in North Carolina to close down by 5 p.m. on Wednesday for the time being for health and safety reasons due to the coronavirus pandemic.

Lewis, 70, of Dortches, who served in the U.S. Marine Corps from 1968 to 1970, has been a longtime regular customer at Englewood Barber Shop.

The business is in the northwestern part of the city and Lewis was getting a haircut from Tommy Waters.

Lewis said he had heard on Tuesday about Cooper’s order and decided he had better go get a last haircut while he could.

Asked about his thoughts about the fact that Waters will not be able to cut hair for a while or at least for the time being, Lewis said, “Well, I just hope he makes it through it all right like all the rest of us.”

Lewis said he believes Waters does a good job and that he likes the atmosphere and the conversation at Englewood Barber Shop.

Asked whether he and others talk about all of the world’s problems, Lewis said, “Sometimes.”

Asked whether he and others solve them, Lewis said, “Well, not quite.”

Waters, 72, when asked what he thought of Cooper’s order, said, “Got to go with what he says. We have no choice.”

As for how Englewood Barber Shop will fare as a result of Cooper’s order, Waters said, “It ain’t going to be too good, because being self-employed, I don’t think I’m going to get no government money.”

Waters said he and his team saw an increase in business after Cooper issued his order.

Water said he worked non-stop from 8 a.m. until 6:30 p.m. on Tuesday, about an hour and a half longer than usual for that day.

Waters’ stepson and fellow barber, Chris Adams, 49, said of Cooper’s order, “I think probably with what we do, the close proximity, I think it’s probably necessary for a bit.”

“It has been ringing since the report,” Ramsingh said.

Ramsingh does business by appointment and said even though he does not regularly open on Mondays, he did so on Monday.

Ramsingh estimates he worked until probably 8 p.m. or 9 p.m. on Monday and from probably 9 a.m. until 9 p.m. on Tuesday.

Birth is employed as a machine operator at the Bridgestone Americas tire plant in Wilson. The plant shut down over the weekend and is expected to resume operations by April 12.

Asked his feelings about having been sent home, Birth said, “Well, I’m glad to have the break, but I would rather be at work. There’s more money working than it is having a break.”

Birth, who has worked at the plant for about 15 years, said he filed an unemployment claim with the state.

Birth also said a daughter of his is a roughly 10-year employee at the plant and, like him, is a machine operator who was sent home.

One of them, Studio 360 in the northwestern part of the city, was quite busy early Wednesday afternoon.

Catherine Jackson, 36, is one of the stylists at Studio 360.

Jackson said she and her fellow team members were flooded with Facebook and text messages from customers after Cooper issued his order.

“And then it has been even crazier because we have to take longer between everybody,” Jackson said.

Jackson also said, “The shampoo bowls have to be sprayed.”

Jackson also noted the shampoo capes were being washed after every single use.

Overall, Jackson said, “It’s very tedious and it has been tiresome.”