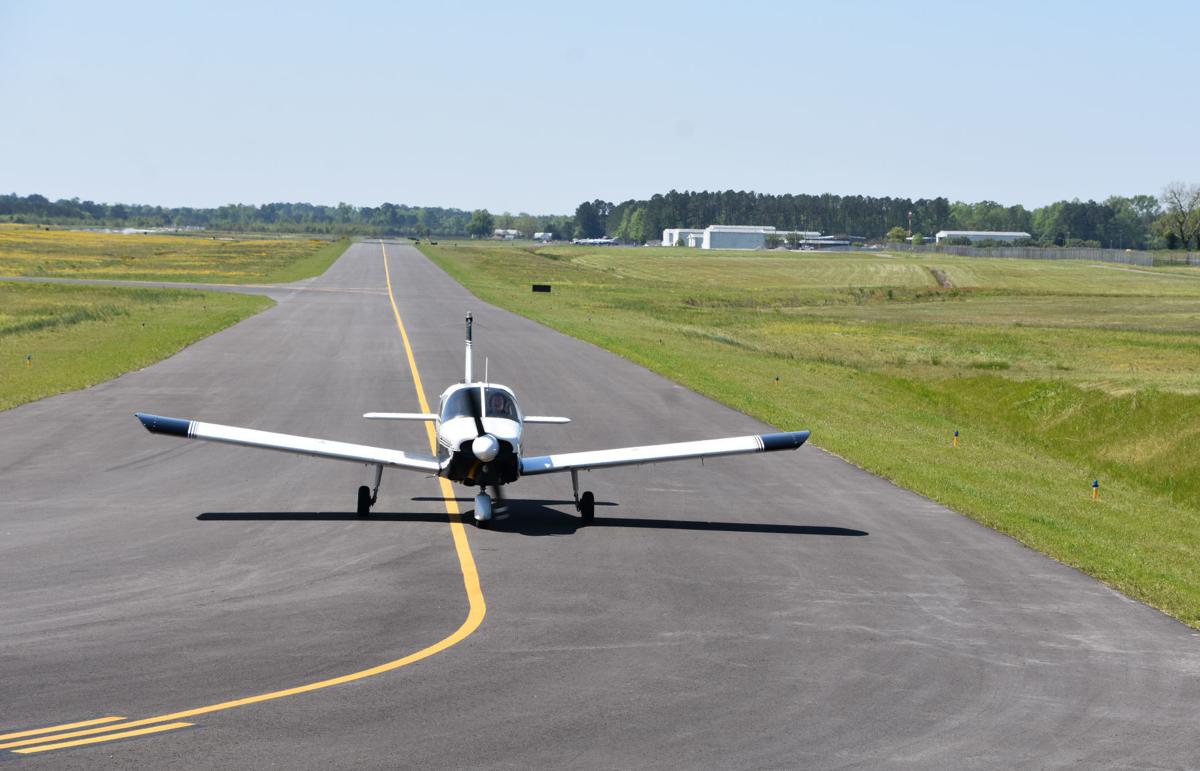 Mark Roblee moves into position to take off Thursday from Rocky Mount-Wilson Regional Airport. Below, Tim Fitzharris refuels his motor glider at the airport. The aviation center has been and is continuing to undergo improvements and renovations. 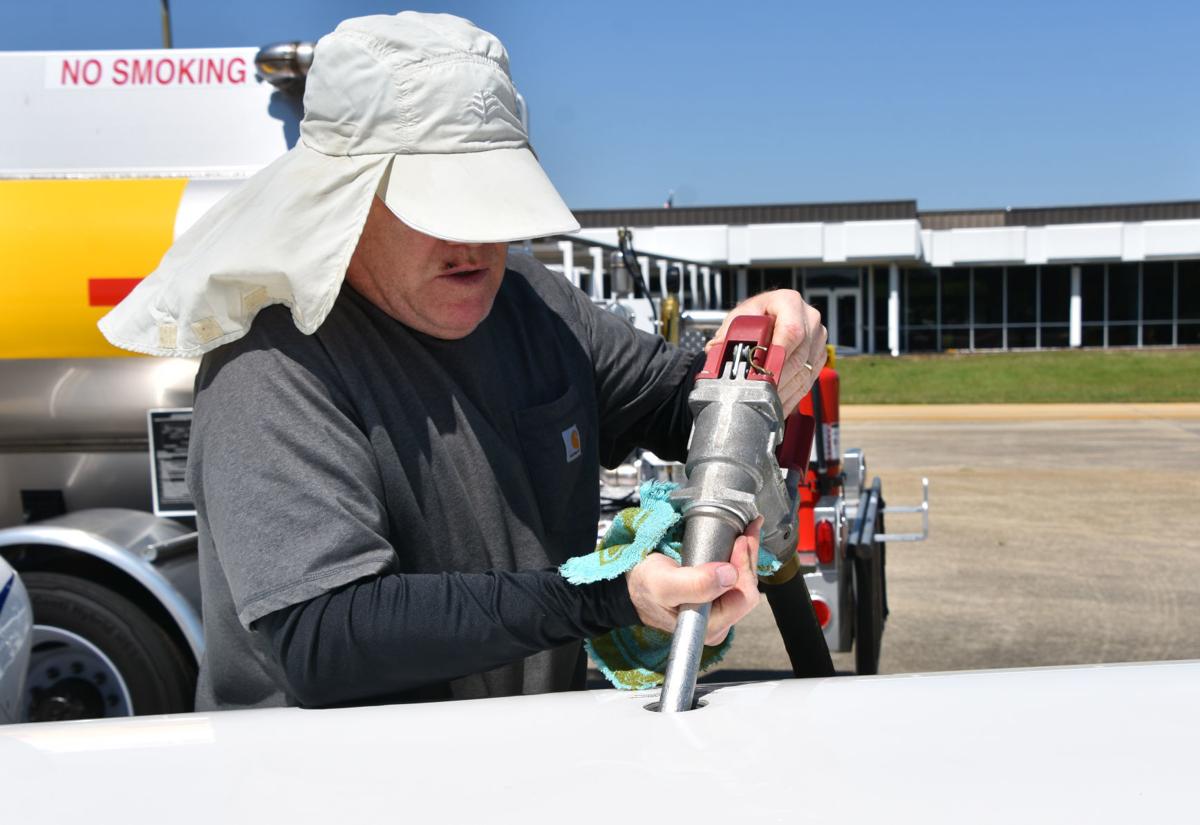 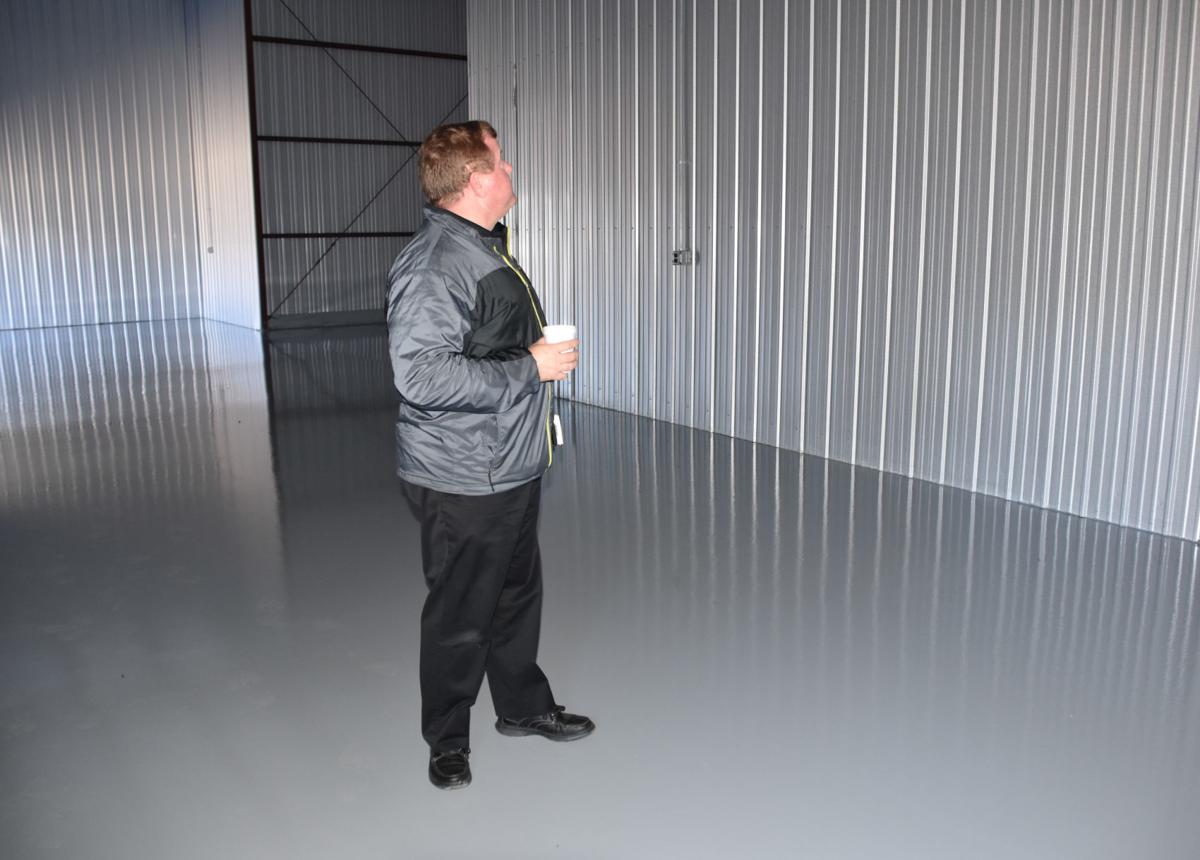 Mark Roblee looks at what will be his space in a future T hangar on Thursday at Rocky Mount-Wilson Regional Airport. The aviation center has been and is continuing to undergo improvements and renovations. PLT Construction of Wilson is in charge of the T hangars project. 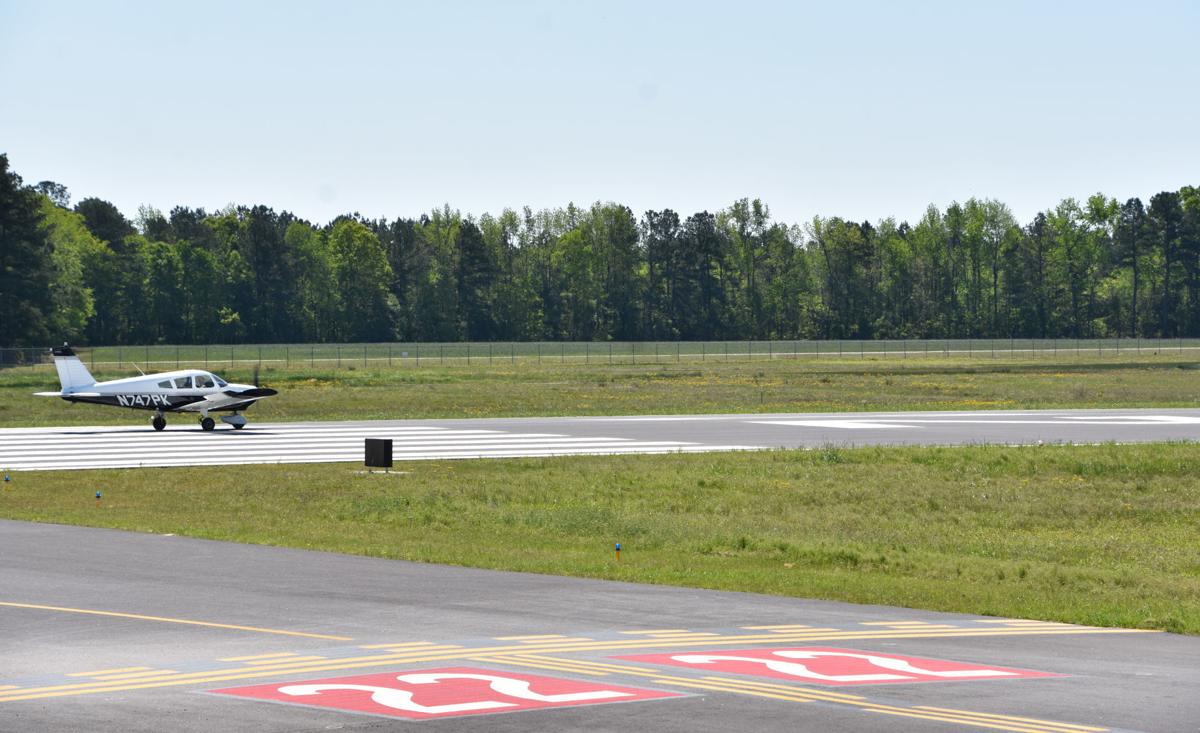 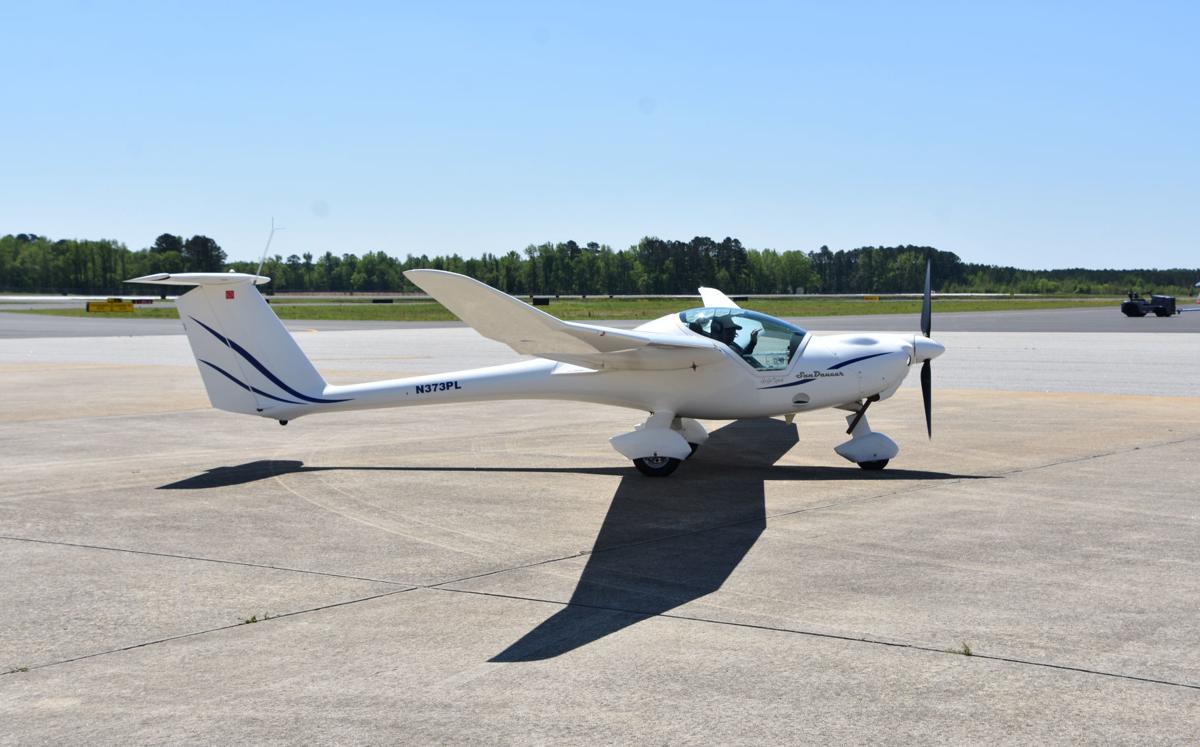 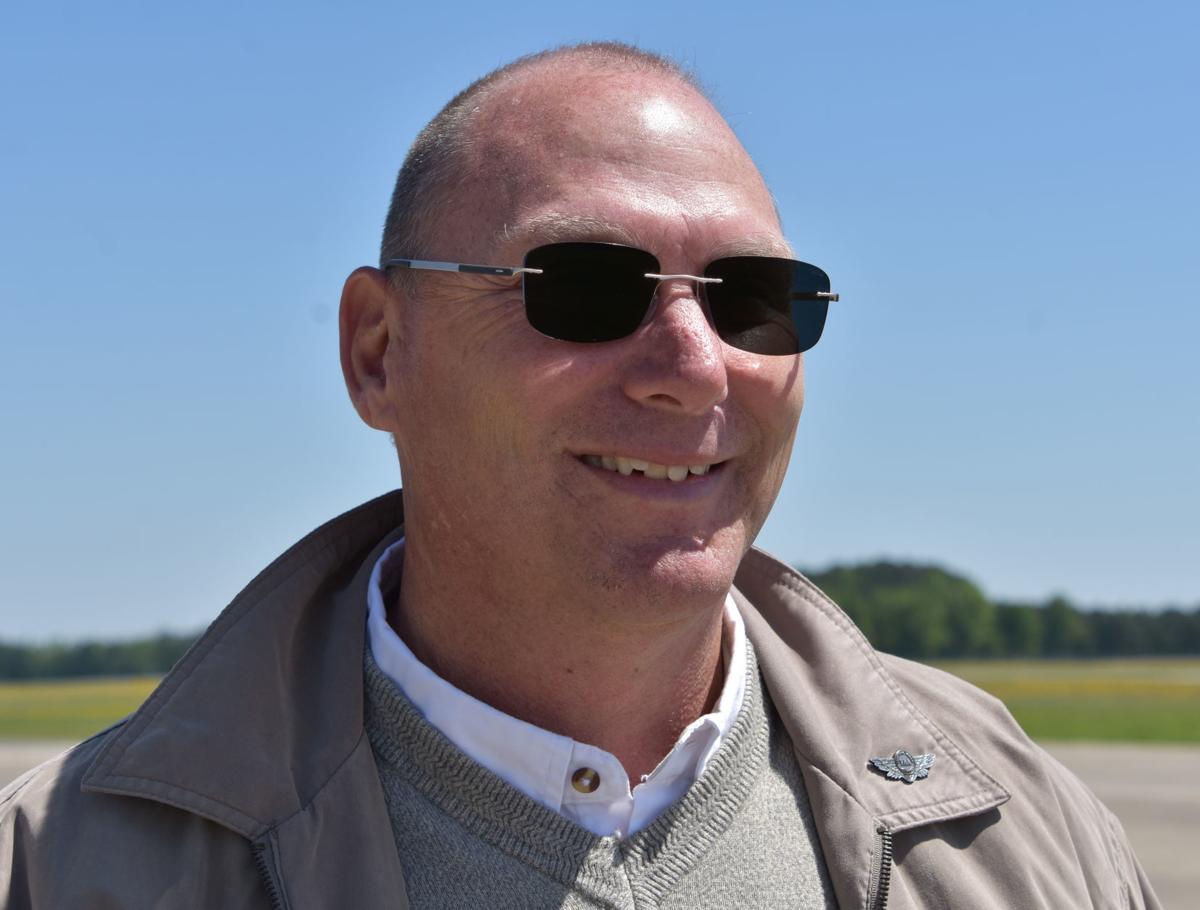 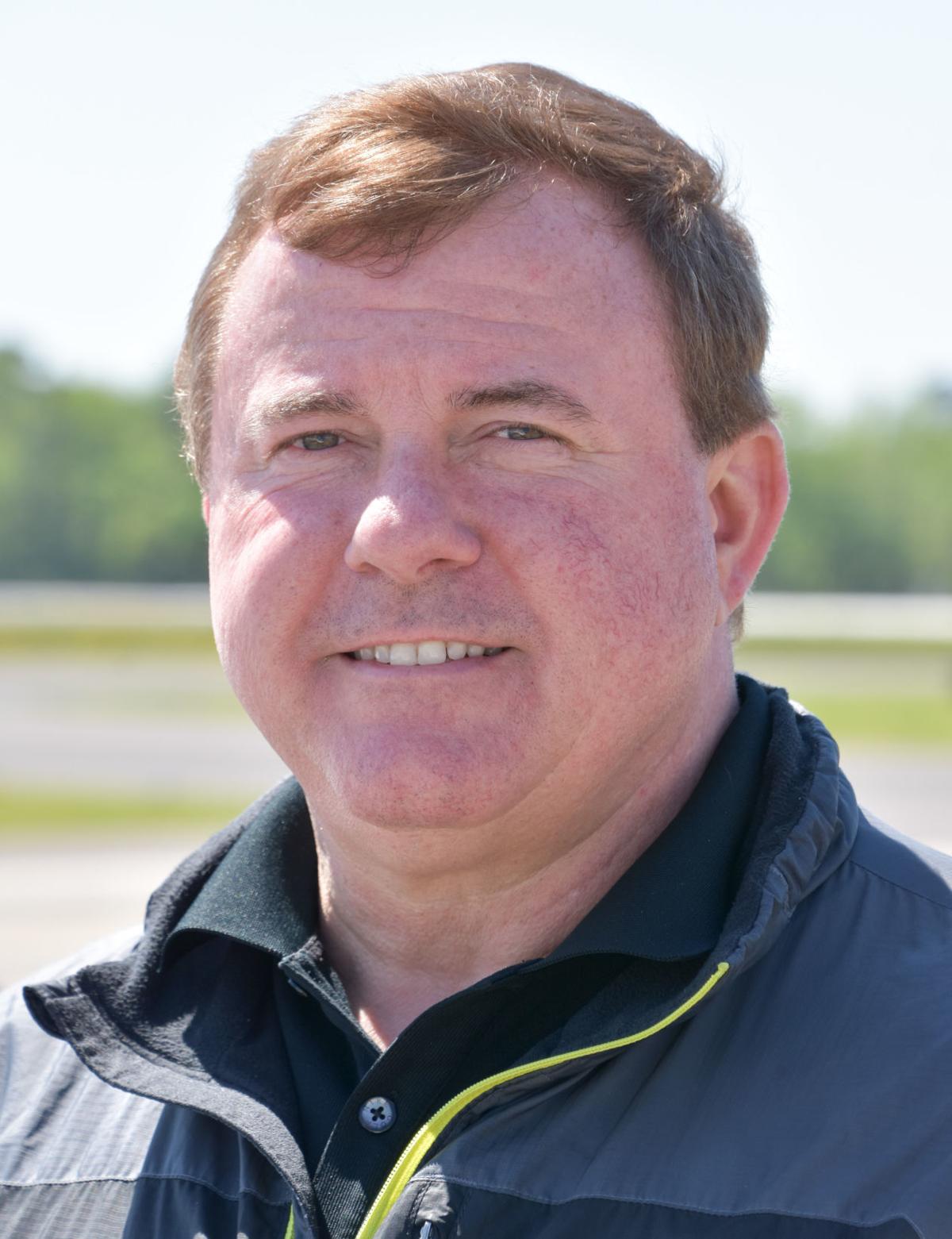 Mark Roblee moves into position to take off Thursday from Rocky Mount-Wilson Regional Airport. Below, Tim Fitzharris refuels his motor glider at the airport. The aviation center has been and is continuing to undergo improvements and renovations.

Mark Roblee looks at what will be his space in a future T hangar on Thursday at Rocky Mount-Wilson Regional Airport. The aviation center has been and is continuing to undergo improvements and renovations. PLT Construction of Wilson is in charge of the T hangars project.

Amid sunny skies late last week, one could see pilots coming in and going out of a Rocky Mount-Wilson Regional Airport undergoing improvements and renovations.

On Thursday, a most visible aircraft was a motor glider with long wings being piloted by Tim Fitzharris, 72, of Raleigh, who served in the Navy from 1974 to 2014 and who was a dentist.

Fitzharris, who is a native of Michigan, has a quick wit, which was evident when he told about discovering his future motor glider at an air show in Florida.

Fitzharris touched down so he could refuel and continue a trip to Chesapeake, Va., where he planned to pick up his son Benjamin Fitzharris, 38, who is a dentist in the Navy, and enjoy a flight with him above the Hampton Roads area.

As for the improvements and renovations at Rocky Mount-Wilson Regional, Tim Fitzharris was quick to give the credit to Managing Director Dion Viventi, 54.

“He has done some outstanding things for the airport,” said Fitzharris, whose aircraft eventually will be stored in space in a T hangar complex being constructed on the premises.

Viventi said about $20 million from a variety of funding sources have been or are being spent on the aviation center, which is off N.C. 97 between Rocky Mount and Wilson.

Viventi said the runway, the taxiway and the apron were rehabilitated ahead of schedule and under budget.

He said construction of the T hangars started in July and is anticipated to be complete before June.

The airport received about $3.5 million from the state for the T hangars project and said the lowest and best bid came in at $3.2 million, Viventi said. The T hangars will be able to hold 23 aircraft, he added.

As for the number of bookings so far, Viventi said, “I’ve got all but six reserved and leased.”

The new structures also will free up space for larger aircraft to be stored in the airport’s existing box-shaped hangars.

A less visible but significant change includes removing a set of old and empty underground fuel storage tanks, which were at a far edge of the airport, and placing an emphasis on using a nearby above-ground fuel storage facility.

Viventi told the Telegram he plans to add a 20,000-gallon tank to provide for more storage of jet fuel.

When a pilot approaches the airport in need of refueling, one of Viventi’s team members gets into one of two new metered tanker trucks, drives toward the aircraft, parks and pulls out a hose with a large nozzle.

Viventi said construction of that project started in March and should be complete by May.

The coronavirus has had quite an effect on the airport, with Viventi saying, “We’re 97 percent down on our fuel sales and operations.”

U.S. Sen. Thom Tillis, R-N.C., in a statement on Tuesday, said $238.7 million in federal funding is marked for airports in North Carolina, including $69,000 for Rocky Mount-Wilson Regional, to help assist continued operations and save workers’ jobs.

Viventi on Thursday said, “We’re ready now to run at full speed. The additions we’re making will enable us to accommodate additional operations which, if they happen after this (pandemic) passes, we’ll be in a good position to handle it.

“There’s a lot of airliners right now that are grounded because they’re not being used,” he said. “So we submitted our airport as one of the locations to park aircraft until the lock-down is over, so to speak.

A pilot who appreciates the improvements and renovations at Rocky Mount-Wilson Regional is Mark Roblee, 49, of Raleigh.

Roblee said landing at the airport is quite a smooth experience now and also noted the runway lighting, instrument landing and weather reporting systems are incredible.

Roblee also expressed appreciation for the leadership by Viventi, recalling, “I flew in one day and the gentleman here was kind enough to tell me that he had some grant money and was building some brand new hangars. And I quickly said, ‘I want on the list.’”

Asked whether the word about the improvements and the renovations at the airport is circulating among aviators, Roblee smiled and said, “It’s getting out slowly, it surely is.”