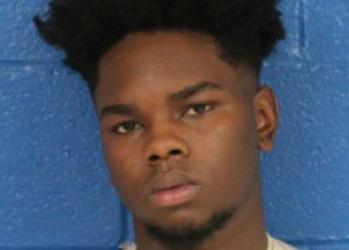 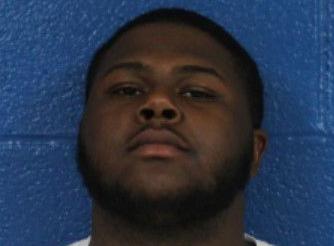 Members of the Nash County Sheriff’s Office arrested two alleged drug dealers Thursday at Golden East Crossing mall and seized the weapons they had with them.

Dominique Macklin-Cooper, 19, of the 2900 block of Lewy Lane in Rocky Mount and Michael Jermain, 21, of the 100 block of Delia Lane in Tarboro were arrested and jailed in the Nash County Detention Center.

Sheriff Keith Stone and members of the sheriff’s office were following up Thursday on community complaints about the sale of controlled substances and other illegal activities in the parking lot of the mall, according to a news release from the sheriff’s office.

Stone and his deputies were at the mall on Thursday morning, Chief Deputy Brandon Medina said in a later statement.

Stone saw two men near two vehicles conducting illegal narcotics sales in the Dunham’s Sports parking lot. As deputies advanced toward a Toyota Highlander and a Chrysler 300, a suspect later identified as Macklin-Cooper got out of the passenger side of the Highlander with a handgun in his hand, the news release stated.

Macklin-Cooper reportedly tossed the handgun inside the Chrysler 300 in an attempt to hide it from deputies.

K-9 officer Maya was deployed and provided a positive indication on both vehicles for the odor of illegal narcotics. A probable cause search of the vehicles revealed roughly 250 grams of marijuana and marijuana edibles.

Deputies also found a loaded Glock 43 9mm pistol along with an additional 50-round 9mm drum magazine in Macklin-Cooper’s vehicle.

Macklin-Cooper and Wiggins also were found in possession of about $1,600 between them. The cash, marijuana and firearms were seized, according to the statement from the sheriff’s office.

Wiggins was charged with one count of possession with intent to sell/deliver marijuana and one count of maintaining a vehicle for a controlled substance.

Macklin-Cooper was charged with one count of possession of marijuana up to a half-ounce and one count of carrying a concealed weapon.

Each suspect received a secured bond of $1,000 and were given a court date of July 29 in Nash County District Court. As of Friday, both defendants were still in custody at the Nash County Detention Center.

Stone said the sheriff’s office would like to thank county residents and business owners for their continued information and support, the news release said.

“Sheriff Stone believes the citizens and business owners of Nash County should be able to be safe in the community and be reminded that the Nash County Sheriff’s Office will continue with proactive efforts to ensure we continue the war on gangs, guns and drugs,” the statement said.